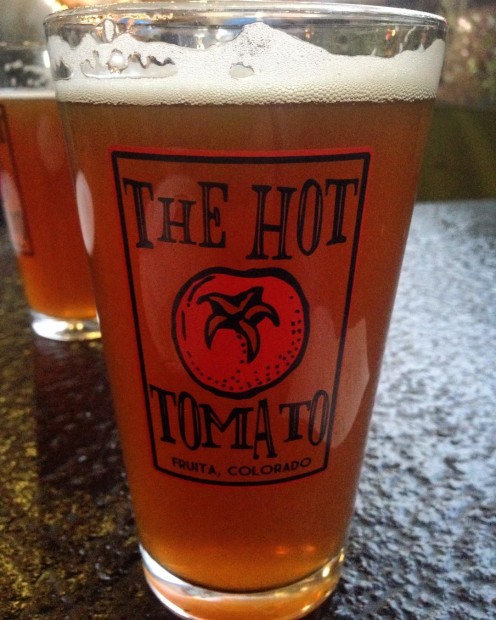 You may have clicked on this article while asking yourself, “what the heck does he mean, ‘Over a Beer?’ I’m so not “over” beer—give me all the beers! I need more beers in my life!” No, you’ve got it all wrong. By “Over a Beer,” I’m referring to having a conversation, over a beer.

So often a person I am “friends” with posts something hyper-political, opinionated, or otherwise incendiary on Facebook, but instead of commenting back angrily, if it’s somebody that I actually care about, I ask them, “hey, do you want to go talk over a beer?” Because I would always rather sit down and get face-to-face with a friend and have a true heart-to-heart discussion, instead of exchanging context-less Facebook comments. It’s been my experience that those conversations are almost always interesting, beneficial, and end with the two of us still friends. A Facebook battle, on the other hand, rarely ends well.

I would personally love to chat over a beer with the amazing members here in the Singletracks community! I’ve corresponded with so many of you for so long that I consider you friends, even if we’ve never met face-to-face before.

But the reality is, I may never get to talk one-on-one with many of you—after all, there are about a million of you that use this website every month! So, I decided that I wanted to sit down with you all virtually, and talk “over a beer,” so to speak.

To achieve this dialogue, I’m launching a weekly column titled—you guessed it—“Over a Beer.” In this column I’ll share my opinions on various topics in the world of mountain biking, my observations, and my ruminations. Basically, I’m going to tackle any and every mountain bike-related topic that we might actually talk about if we met up and had a beer.

Fair warning: these columns probably won’t be fully-developed opinion pieces like this one. They probably won’t be well-argued dissertations like this one. Rather, you’ll be getting my thoughts and opinions in a raw, unfettered, conversational tone. So if you read an Over a Beer column that you think is missing something—guess what? That’s where you join the conversation! Share your insight, expand on what may be a brief or—let’s face it—simply shoddy discussion of a topic, by chiming in with your own insights, thoughts, and opinions in the comments section.

We are having conversation over a beer, after all.

Oh, and by the way, I totally encourage beer-drinking as you read these columns. And I’ll try to crack a cold one myself before reading through the comments section.

Sounds good Greg. The idea is a good one. However the media that you’re choosing to do it in lends itself more to a social media battle than friendly discourse when it comes to controversial topics. I realize that you’re depending on the civility of the single tracks readership to not go there by setting the tone from the outset. I hope it works out cos it’s a great idea.

Yes… to all of that 🙂 You hit the nail on the head. Definitely a bit of irony in what I hope to accomplish but hey, this is what I’ve got to work with, so I’m rolling with it.

Thanks for the kind words man!

over a beer and under the influence (of mountain biking). Looking forward to it, Greg!

Thanks Helena and Chris! Hopefully I don’t disappoint 🙂

Greg, and all Singletracks users for that matter… I cordially invite you to the Inaugural Tehachapi MTB BrewFondo on July 16th 2016 to sample over 120 craft brews on tap, award winning local wines, fantastic food and live music. Not to mention our awesome trails that will host a multi length trail ride prior to the Brewfest. Check the link here: http://www.singletracks.com/bike-races/California/Tehachapi-MTB-BrewFondo-2016_6499
Bikes and Beer… who could ask for more?

Great idea Greg … but we WILL have that beer someday in Salida. I AM coming. And I sooooo agree on your thoughts of social media versus real life conversations. But I’ve always been impressed with both your and Jeff’s tact with different contentious posters. Keep up the great efforts. Looking forward to that first virtual beer.

Haha right on Floyd, I’m still planning on it!! We WILL definitely make that happen one of these days/years 🙂