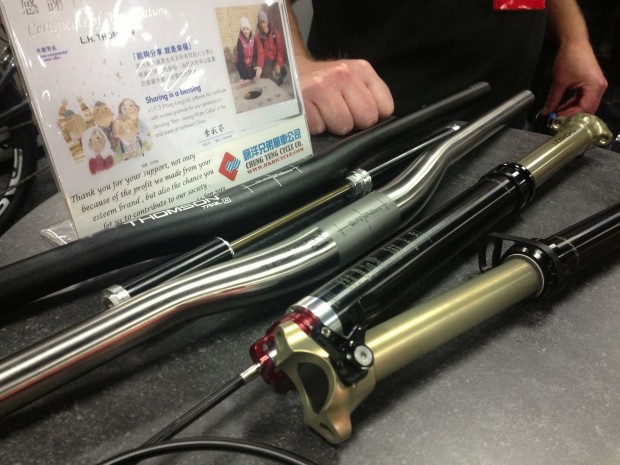 Progress continues in the R&D department of Thomson, as the internally-routed dropper seat post, new stems, and more are closer to market. The Covert dropper we saw at Interbike should be here next Spring — assuming version two of the actuator, that is to be tested next week, isn’t followed up by a version three. A dropper for bikes with 27.2 seatposts will follow in May or June, after it’s put through the paces in the lab next month. In the meantime, there are a number of new variations in Thomson stems that’ll be available before the end of the year, including a 30 degree rise x 50mm direct mount in three weeks, and three new X4 stems next month: 0 x 60, 10 x 70 and 10 x 80mm. Finally, the aluminum version of Thomson’s trail handlebar is still on schedule to eek out before the end of the year. Much of this won’t be available in time for Christmas, but lets be honest, you never get bike stuff for Christmas… that you actually want, anyways.
Read