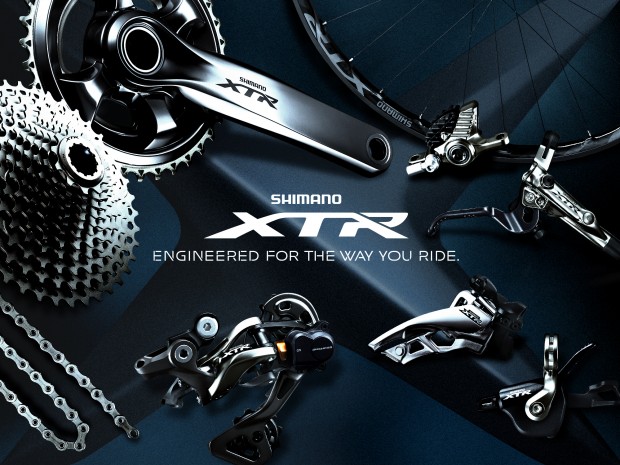 Way back in early February I received notice of some very interesting (but not totally shocking) news… and now I can share it with you! Shimano has revamped their XTR group for 2015. Yes, there were rumors of new-and-improved brakes, but there is so much more to this new group than brakes. Shimano looked at what the market wants and produced another complete solution for its elite line (which means it will eventually trickle down) of mountain bike components! With 22 years of development behind the new XTR M9000, we get to see Shimano’s “engineered for the way you ride” mantra come into play. 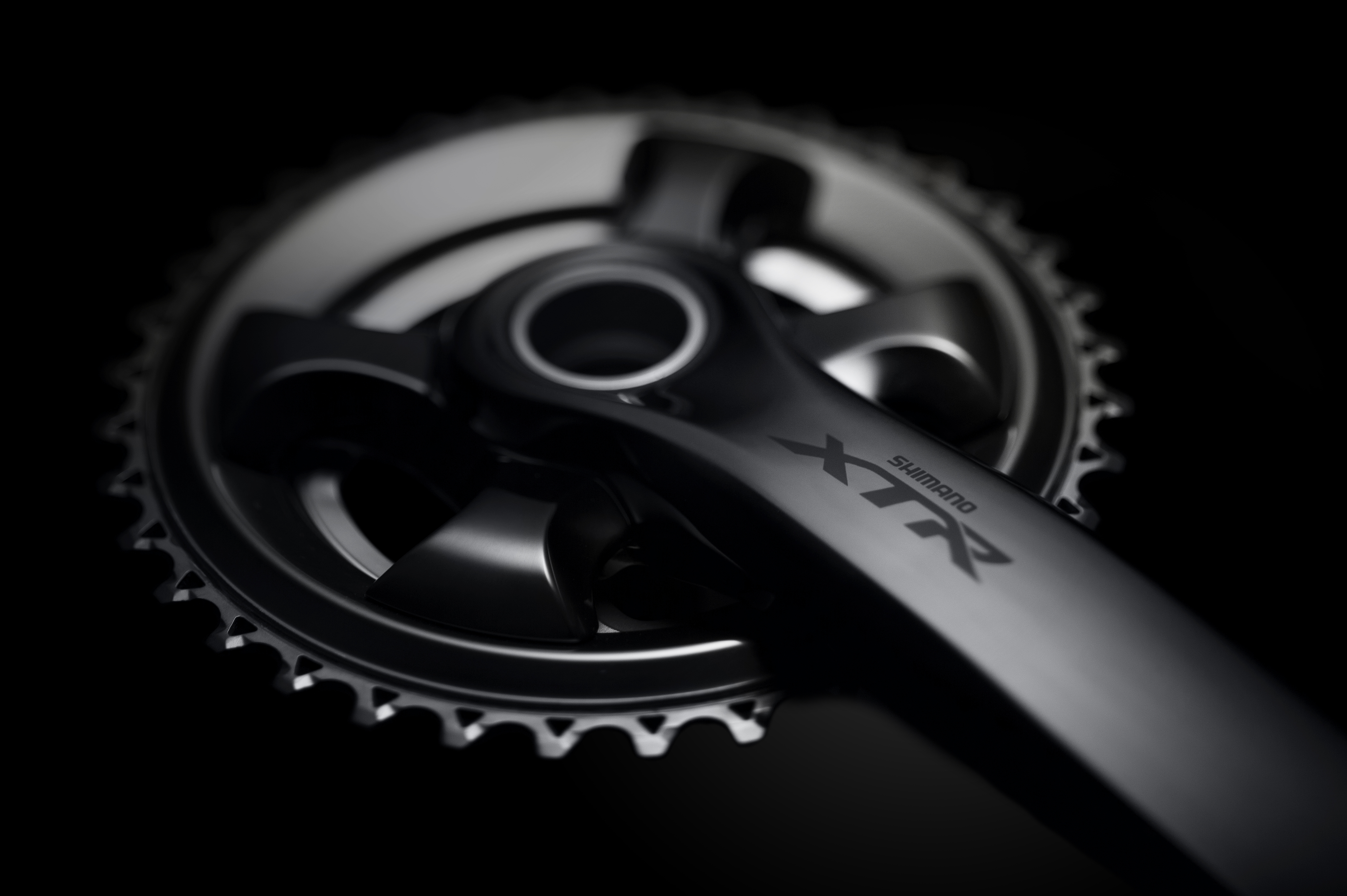 The new M9000 now sports an 11-speed mechanical group. The new 11-speed system will allow the rider to be totally flexible when they build build their mountain bike bike. The new XTR is designed around a new 11-40T (11-13-15-17-19-21-24-27-31-35-40T) cassette, allow you to use any existing 11spd-ready cassette body (SRAM’s decision to go with a 10T high gear requires the use of an XD cassette body). This gearing configuration ensures that a rider can keep his pedaling rhythm as he travels through the gears. An added benefit is less shift clash between gear changes. 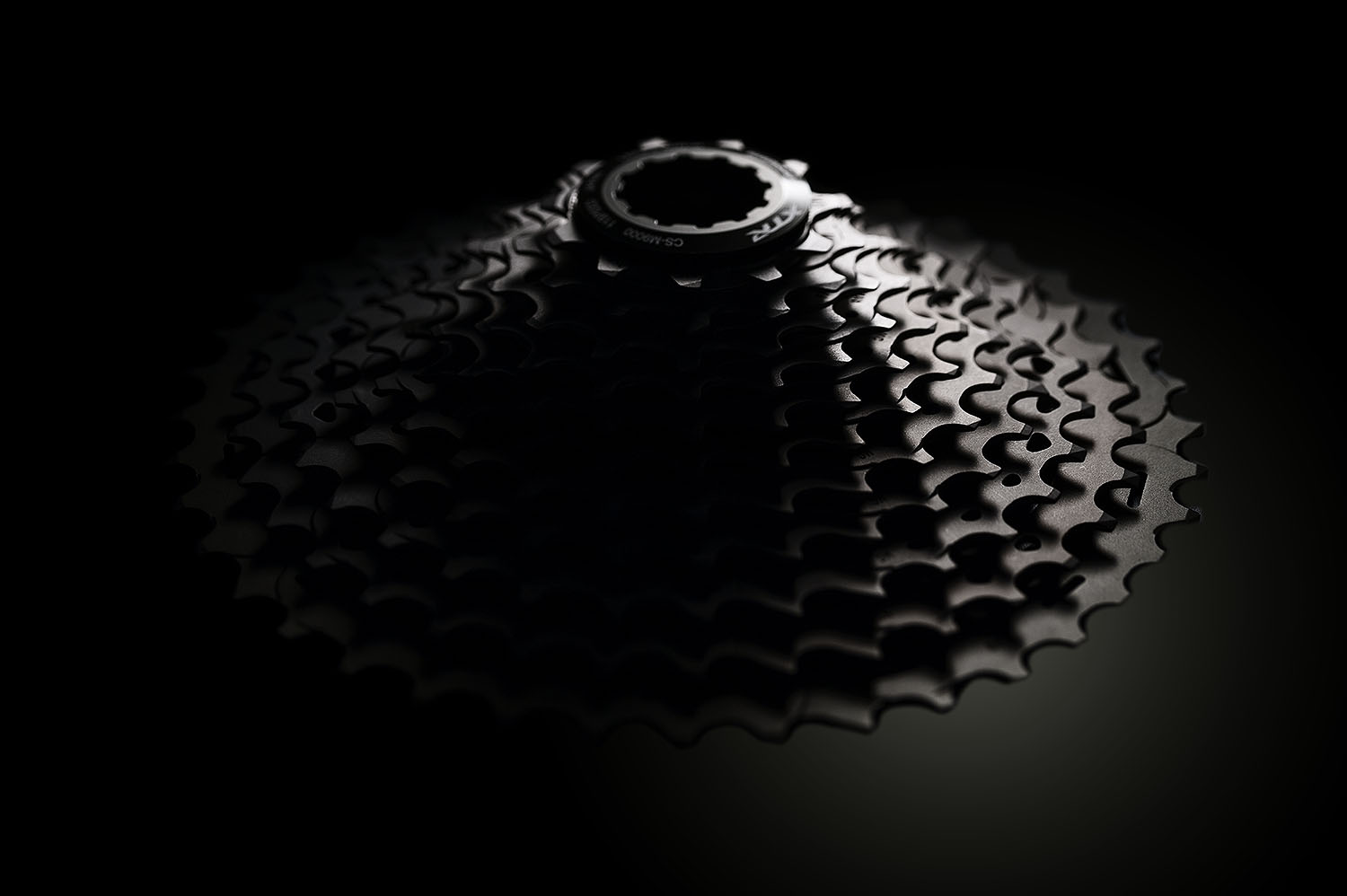 The new XTR FC-9000 Race cranks comes in a narrower Q-factor (158mm) and features a lighter-weight hollow 3D bonded structure on the non-drive arm: super advanced composite rings of a mixture of carbon, titanium, and aluminum. 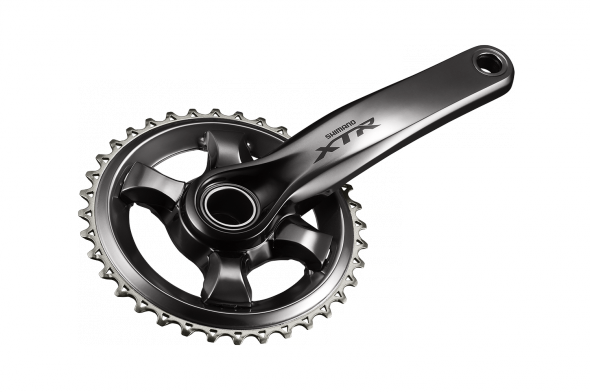 The 1x version will have “dedicated chain control technology,” with a tooth profile that eliminates the need for a chain retention device. 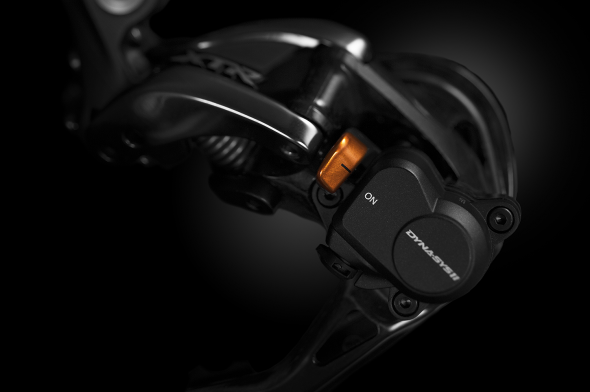 The new XTR FC-9020 Trail cranks come in with the standard Q-factor of 168mm. Along with a 1x setup, the trail cranks also come in 2x and 3x choices. Depending on what you ride, you now can build a super-fast race-oriented rig, all the way up to a truly do-it-all bike with the widest gear range ever. 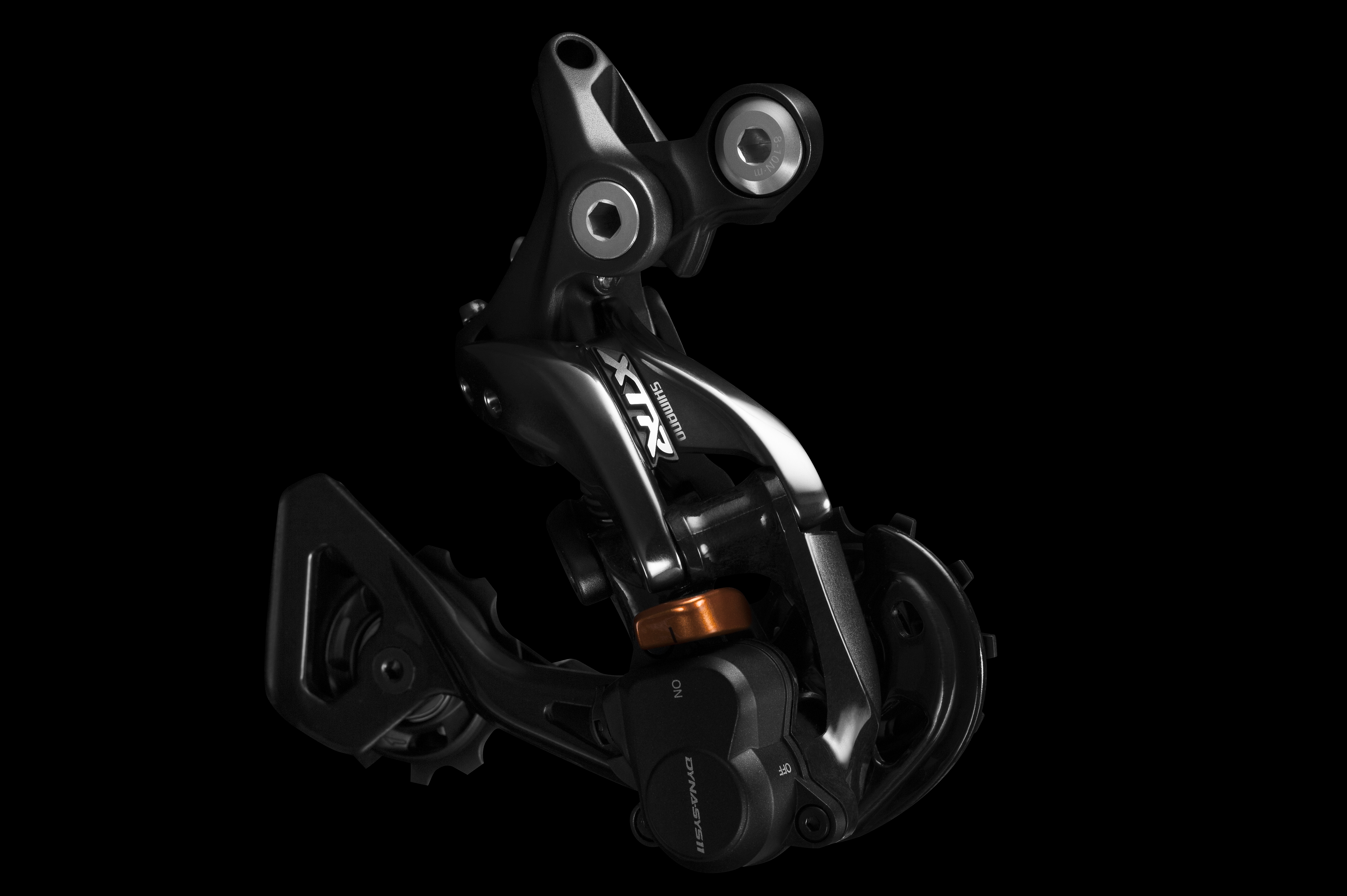 To further improve the drive train, a Shimano is including Shadow Plus rear derailleur designed with a new front structure to accommodate the wider-ranged cassette. Also, the front derailleur has also been redesigned, if you choose to spec more than one chain ring. Because there is a tighter spacing between the cogs, a new chain was necessary as well (the CN-HG900-11). 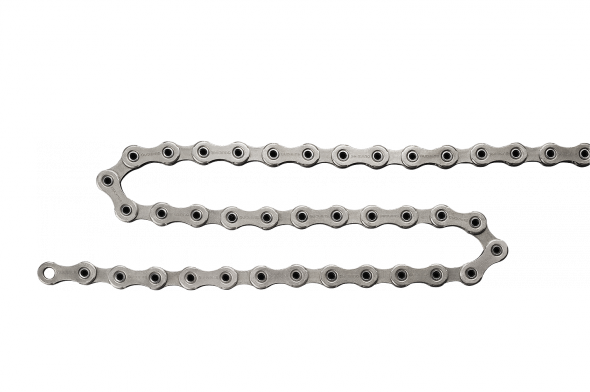 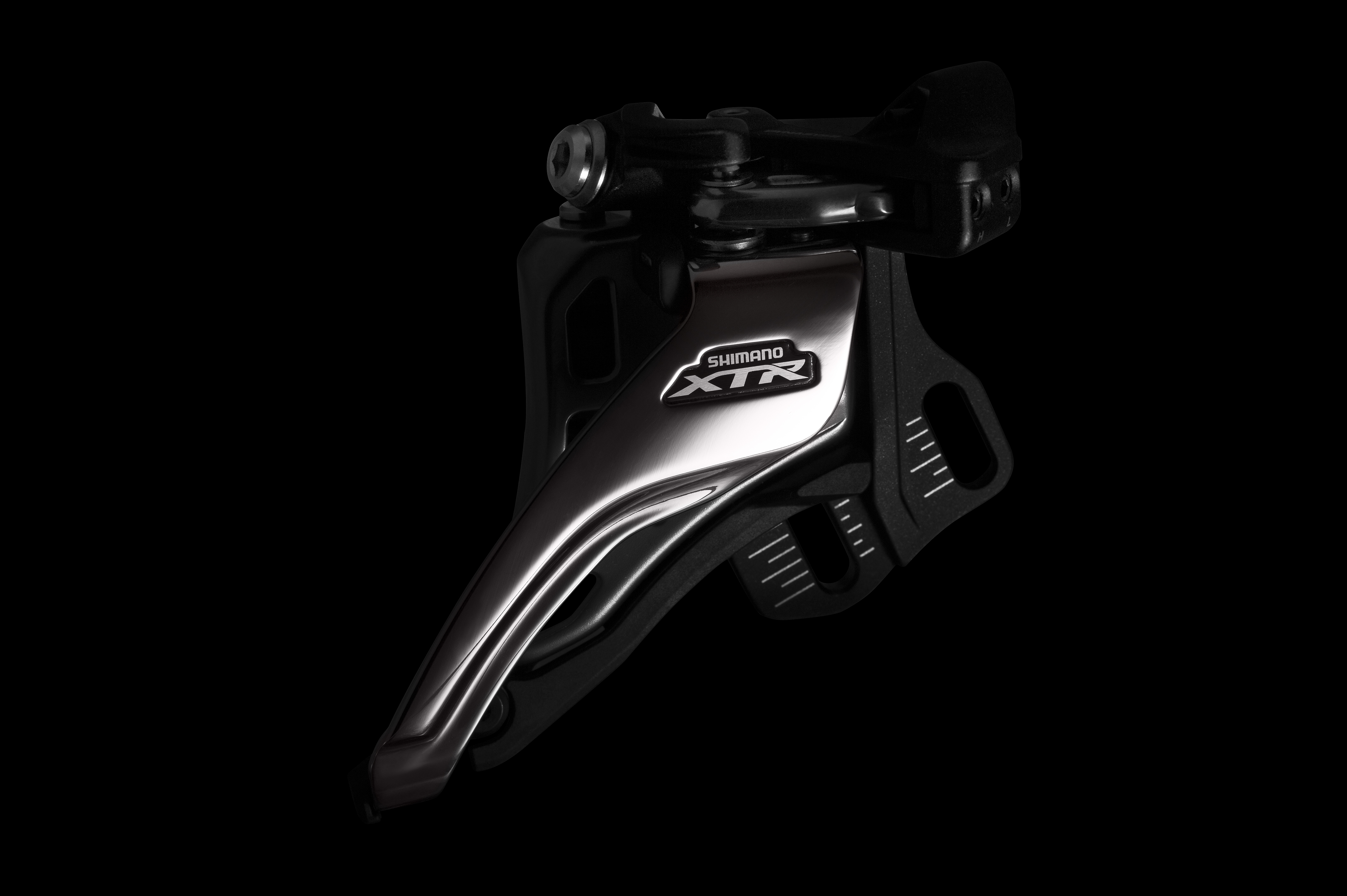 The shifters are all new. The SL-M9000 shifters shift with 20% less effort, due to a ball bearing construction in the mechanism and an improved index system that provides better feedback to the rider with a more pronounced shift. Less drag in the system is also in part due to the new polymer-coated shift cable. The shifters are topped off with dual-bling textured carbon shift lever levers.

The all important rear derailleur has been refined as well. The new RD-M9000 sports a change in the slant angle as well as a simpler external clutch adjustment, and is available in mid- and long-cage versions for your drivetrain needs. The change in slant reduces shifting effort, while improving shift quality. “Together, M9000 will change rider expectations from a drivetrain: fast and smooth under power, quiet and stable in the rough. Responsive, capable and confidence inspiring, XTR will take riders anywhere,” according to Shimano.

It doesn’t stop there. The new XTR brakes are worth a look as well. According to Shimano, the XTR M9000 hydraulic disc brake systems are “rider tuned,” since not all riders come down the same mountain at the same speed. Shimano has always been one of the forefront companies in brake design, thanks in part to its “dedicated study of the components of control: heat, power and stiffness.” 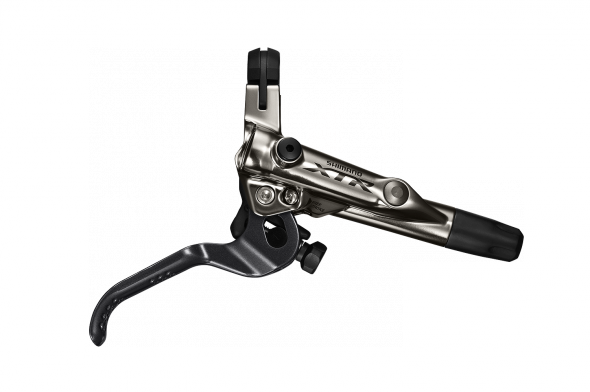 Like the older XTR, the new XTR is available with both Race and Trail brake options. The M9000 Race brake has race-tuned power and overall lighter weight, thanks to a magnesium caliper and master cylinder, carbon lever blade, and titanium mounting bolts.

The XTR M9020 Trail brake is trail-tuned for power and stiffness using what Shimano refers to as “pre-loaded aluminum calipers,” and a new servo-wave lever with a SIL-TEC coated roller. 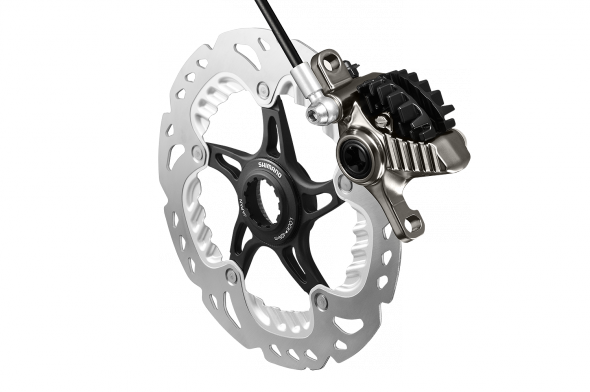 Photos from the XTR Release at Sea Otter last night: 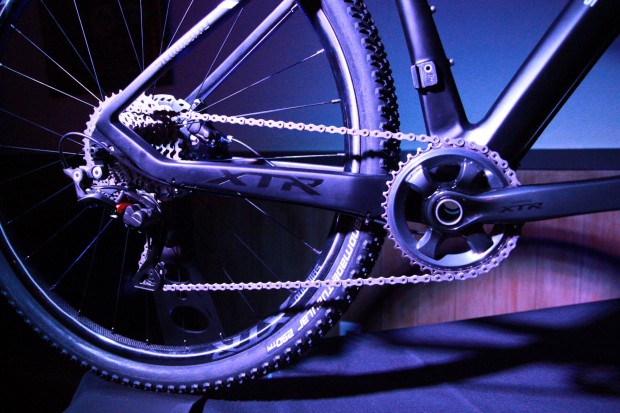 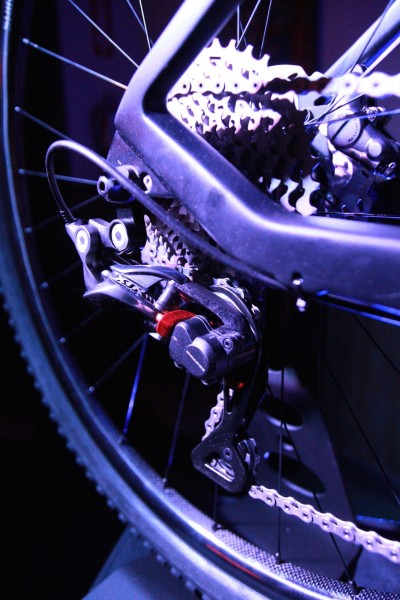 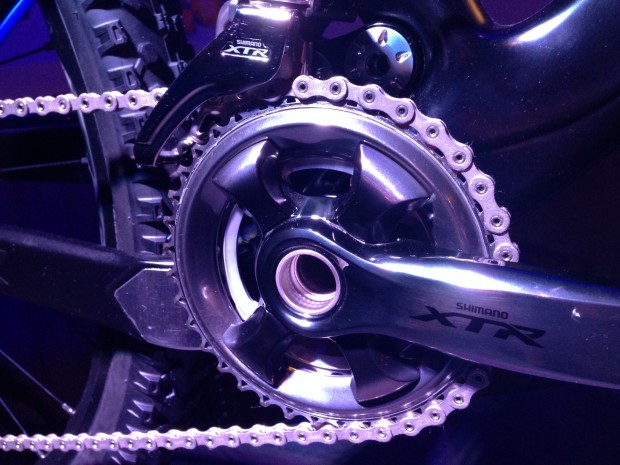 Article states we can “use any existing 11spd-ready cassette body”.. does that mean that most modern cassette bodies will accept it? I sure like the idea of not having to get a new rear hub like the xD driver.

Yes, that part makes me happy as well. Guess there are some advantages to being second-mover–you get to learn what people DON’T like about the competing product. 🙂

Eh, It said “11spd-ready” body, and to date, standard cassette bodies are NOT 11spd-ready. Syd or Leah will probably need to chime in, but I got the idea that this just means it’s cross-compatible with the xD driver.

Thanks Greg, that’s what I was asking really. What in the world is a 11spd-ready cassette body? This one is not using the 10t cog that necessitates the xD driver.

There is a big difference with 11spd compatible and SRAM’s XD.. The XD body is designed for a 10-42 cassette. The redesign in the XD doesn’t work with other cassettes. 11spd compatible cassette bodies are just slightly longer than 10…Many of the newer wheels like Mavic already are.Others like Easton have a 11spd ready cassette body for purchase. If your curious and your bike is a year or so old, pull of the rear wheel, remove the cassette and see if there is a thin spacer between the cassette body and cassette. IF there is, more than likely your hub is compatible. If in doubt contact your wheels manufacture.

Ah that makes sense. Thanks for the info, Syd!