The Enduro World Series (EWS) stop in Crested Butte, Colorado had been canceled, yet hundreds of racers, spectators, locals, journalists, mechanics, and more still gathered under dark, stormy skies at the race village on Sunday, August 2. Brandon Ontiveros of Big Mountain Enduro (BME) and Chris Ball of EWS spoke to us from the stage, officially informing everyone of the passing of Will Olson. 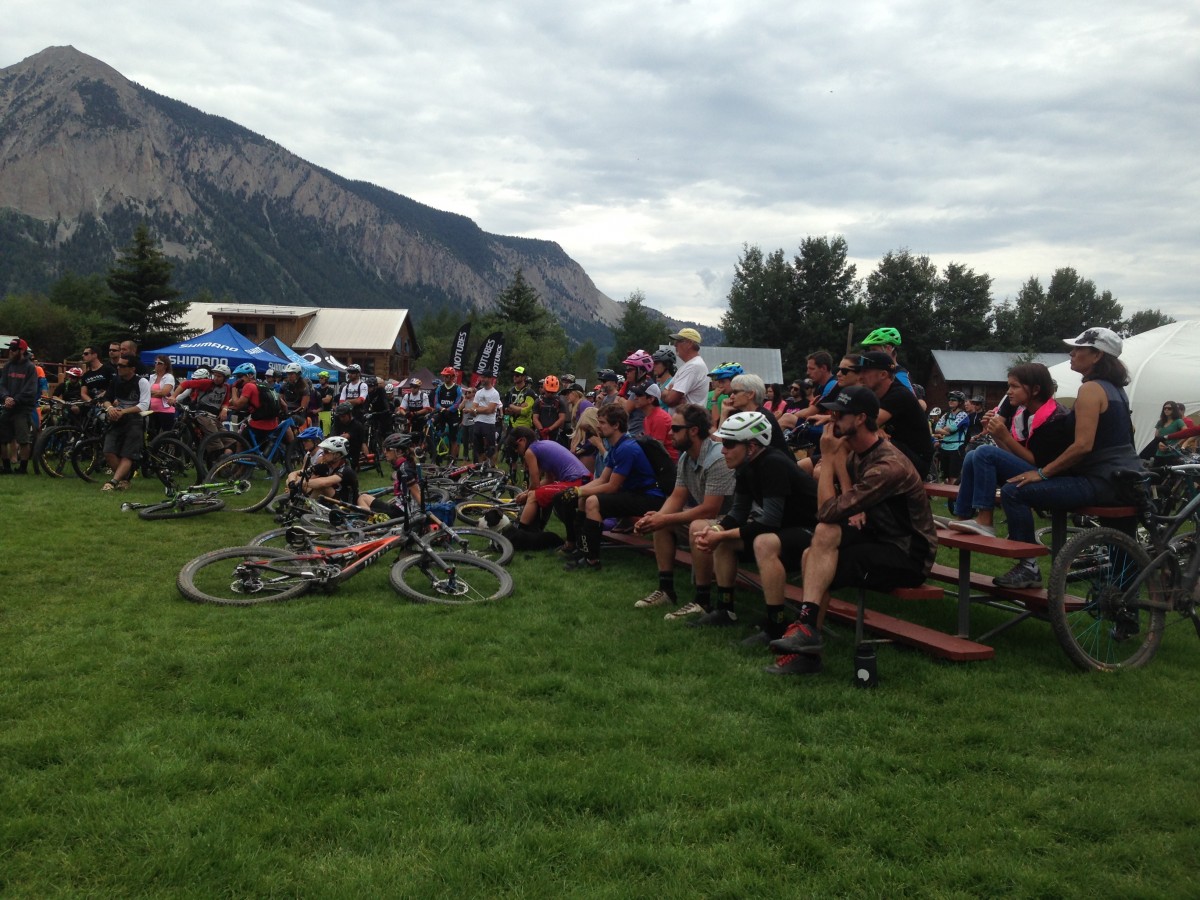 Will Olson was a 40 year-old pro-level racer from Edwards, Colorado. He’s raced BME for years, and was favored to win his age group at the Crested Butte stop. On Saturday, August 1, Will suffered a fatal accident while racing on Stage 3, Brush Creek Trail #400, which descends from Star Pass. The accident occurred near the Block and Tackle trail, and while there were no eye witnesses to the accident, the racers immediately behind him discovered Will on the side of the trail, and one racer with a CPR certification began to administer CPR.

According to the Mount Crested Butte Police Department, the racers performed CPR,

“for approximately thirty minutes, with race personnel arriving at the scene and continuing CPR for a minimum of thirty minutes longer. A Paramedic, transported by Care Flight helicopter, arrived on scene and pronounced the rider deceased. Care Flight was staged in the Buckhorn Subdivision, Crested Butte, Colorado, as a part of race emergency medical personnel. The victim was carried to the nearest trailhead by Search and Rescue members. At approximately 4:00 p.m. the Gunnison County Coroner accepted the victim.” (Source)

While the coroner’s report is still outstanding, according to medical personnel an initial analysis indicates that the rider was traveling about 20-25 miles per hour, crashed, and died as a result of blunt force trauma to the chest. There was no visible head or neck trauma.

When asked what this meant for the future of enduro racing and the Big Mountain Enduro series, Ontiveros said that they had not yet had time to grieve and analyze the situation fully, but that this was a “freak accident,” and that there were no egregious course defects or course marking issues that contributed to the accident.

So on Sunday, we all gathered in the park to pay tribute to Will Olson the way he would have liked: with a mountain bike ride. With an easy trail loop from town chosen, nobody was hammering or pushing hard, but as we pedaled up the mountain, a swarm of riders stretching out for a mile or more, we simply rode in solidarity for our collective grief, and to honor Will’s memory and legacy.

May he rest in peace.