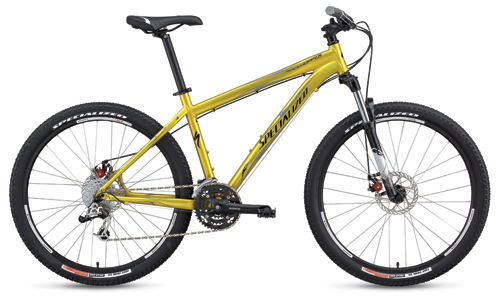 If you bought a new Specialized mountain bike between June 2008 and February 2009 check this out: Specialized is recalling 14,000 2009 model bikes due to a serious fall hazard involving the handlebars (see below for a list of specific models). In one case a rider’s handlebars broke and the resulting crash left the guy unconcious with a puncture wound. Ouch. Then again, no one said mountain biking was a 100% safe…

If you own one of the bikes listed below Specialized says you should stop riding it immediately and bring it to an authorized Specialized retailer so they can replace the handlebars. The handlebar in question is part of the HL series and is marked “ALR-13 NTFOV” beneath the ride side grip.

Some 2004 Specialized road bikes are involved in the recall as well – find out more here if you think your bike may be affected.

Thanks for the heads up!!
http://www.mountainfreshdeals.com