It’s been a while since the UCI World Cup last stopped in the United States. Four years ago, the event took place in Windham, New York, and since then US mountain bike fans have long awaited a return.

Last weekend World Cup athletes stormed Snowshoe, West Virginia, on tracks that seemed like an outlier for the typical World Cup schedule rounds that always include a few of the same tracks like Albstadt, Val di Sole, or Lenzerheide.

The Snowshoe downhill course was flat out fast up top, interspersed with huge jumps, and some very slick and technical rock sections. Although the course was new as a World Cup location, Snowshoe has been a beacon for American downhill racing for some time.

It was a great season for the Scott-SRAM team and Kate Courtney and Nino Schurter. Although it’s not very surprising that Schurter had another great season, Courtney has proven that she is going to be a top contender in the women’s elite XCO category and sealed her first overall season title. Schurter finished 2nd in Showshoe, and Courtney finished 5th. Lars Forster and Pauline Ferrand-Prevot took big XCO wins on the new course.

According to IMBA, Snowshoe gave the builders a lot of freedom in creating the XCO course, with one major inclusion: It must maintain the feel of the raw West Virginia rooty and rocky terrain. World Cup cross-country courses usually consist of a few different elements: wide start and finish areas, feed zones, passing sections, and space for spectators.

The first section of the XC course is rocky, fast, and parts of it are steep and off-camber. The second segment has more rocks and a wet, marshy forest feel that needed to be built to withstand moisture. The third segment opens up speed with rollers, jumps, and berms, and the fourth used an existing descent with multiple lines, and more technical features.

Not only did IMBA lead the design on the newest, and one of the most exciting World Cup courses in a while, last month Snowshoe was named an IMBA Bronze-Level Ride Center, and the first Ride Center in West Virginia.

IMBA Ride Centers have extensive trail networks that incorporate trails for all skill levels, which were built by professional trail builders.

“From backcountry adventures to shuttle-served gravity trails, and from expert-only trails to family-friendly riding, mountain bikers can expect the best the sport has to offer at an IMBA Ride Center,” says IMBA.

IMBA says that with the designation, it is proof that Snowshoe Highlands has pushed itself in becoming a next-level riding destination which benefits a greater community.

“Snowshoe has a long and storied heritage in mountain biking,” said IMBA’s executive director, Dave Weins. “I was fortunate to get to race at Snowshoe Highlands back in the day, and they have never stopped pushing the envelope on amazing riding.” 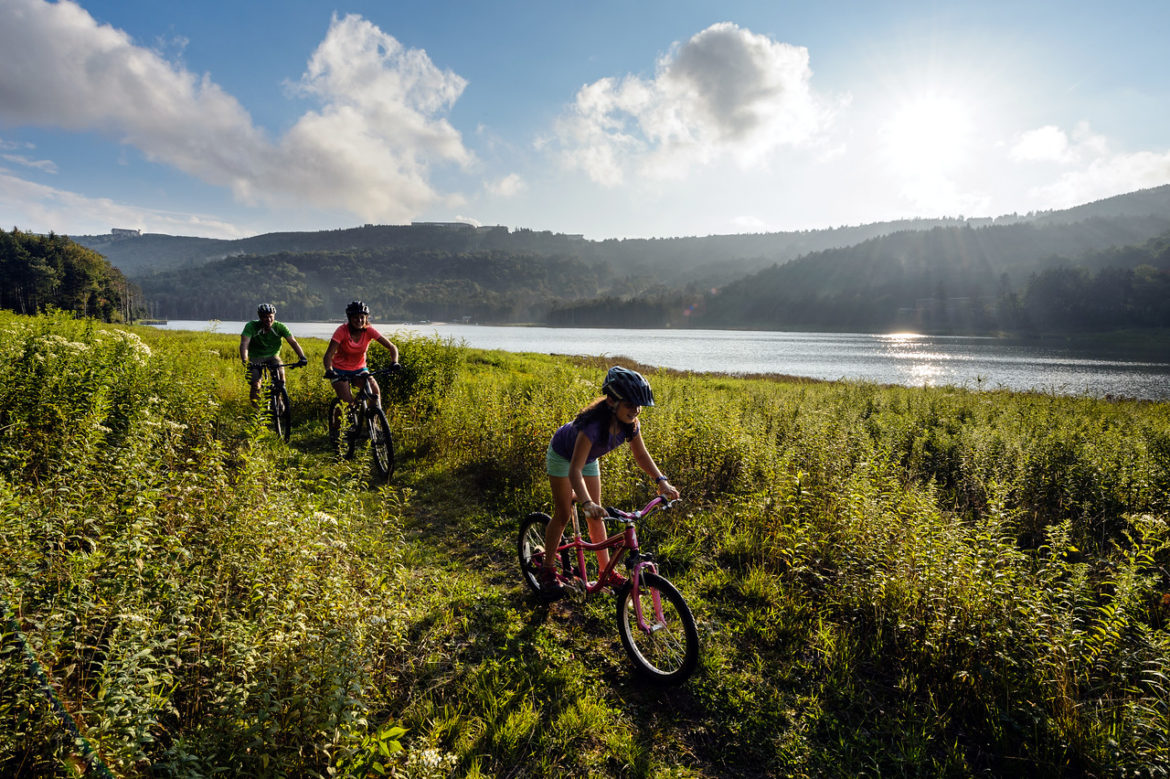 “Five years ago Pocahontas Trails became the first IMBA Chapter in West Virginia. From the start the community support has enabled us to promote, maintain and improve our local trails all while preserving the rugged character Pocahontas County, Snowshoe, and Slatyfork is known for,” said Eric Lindberg, president of Pocahontas Trails.

There’s no telling when the UCI World Cup will make another stop in the US, but it sure is great to have another major mountain bike community added to IMBA’s Ride Center list.

Your turn: Have you ridden in Snowshoe, or West Virginia? Where are your go-to trails?

Trails
The Envy of the PNW: the Organization and Woman Behind...
Videos
Watch: How To Win a World Cup with Rachel Atherton
Trails
SDMBA, an IMBA Chapter, Publicly Opposes IMBA's Wilderness Position
Trails
Riding After Rain: Advice for New Riders

XC course is far too technical. Leave the technical to the downhill folks.

Other than that Snowshoe is an excellent place for something like this.

Ha, I think most people will be happy to hear about the tech in XCO.