Over the past fifteen years GoPro’s action cameras have continued to grow smaller, lighter, and more waterproof, while producing ever smoother footage. Their new HERO8 Black weighs a reported 14% percent less than its predecessor and is now waterproof up to a depth of 33 feet. 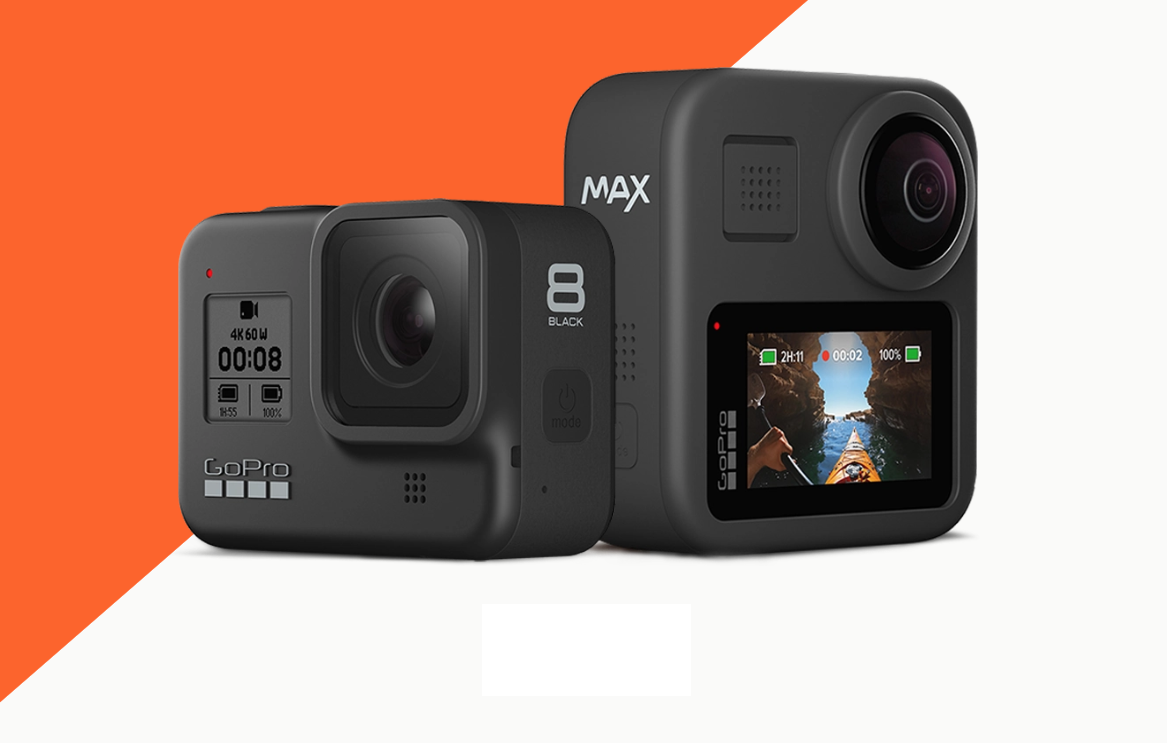 The HERO8 Black also takes image stabilization up another level with HyperSmooth 2.0 which works in all of the camera’s resolutions and frame rates. The updated camera features a new Boost mode, in-app horizon leveling, and TimeWarp 2.0 which boasts “automatic rate adjustment and tap-control speed ramping.” The camera has four unique digital lenses, better audio than previous models, and improved wind suppression.

For Vloggers and action filmers alike, the new GoPro MAX camera has a few features to add to the HERO8 Black list. The camera can be used as a regular HERO camera, but also shoots 360° footage while collecting sound with its six different microphones. It includes a front-facing touchscreen that can be used for precise vlogging and interview shots. The MAX camera retails for $499 and is available for pre-order.

To help you get those coveted angles along the trail, GoPro has developed the following three distinct modification packages for their new cameras.

Display Mod: The $79.99 Display Mod is a folding front- or rear-facing 1.90-inch display that attaches to the top of the Media Mod. It’s the perfect size for both framing up vlogging shots and folding down and out of the way when not in use.

Light Mod: Waterproof to 33 feet (10 meters), wearable and gear-mountable, the $49.99 Light Mod is the world’s most versatile light. The Light Mod is ready to brighten any scene, whether mounted to the Media Mod or attached to a GoPro mount, it’s rechargeable, and it comes complete with a diffuser to soften lighting when filming with HERO8 Black.

Both of the new cameras will be available at the end of October, with Mods available on the GoPro website in December.