GoPro is laying off almost 300 employees as they abandon their done market ambitions, according to Quartz. In their earnings report today, GoPro cited the challenges of being profitable in an “extremely competitive” market, according to The Verge. As a result, the Karma will be the first and last drone that GoPro produces.

Despite what appeared to be a well-conceived design, Karma has been plagued by production issues, with 2,500 drones recalled in November after some drones lost power during flight.

In addition to the staff layoff, CEO Nicholas Woodman’s salary has been reduced to $1 and according to a report on CNBC, GoPro would entertain a sale to a larger company. 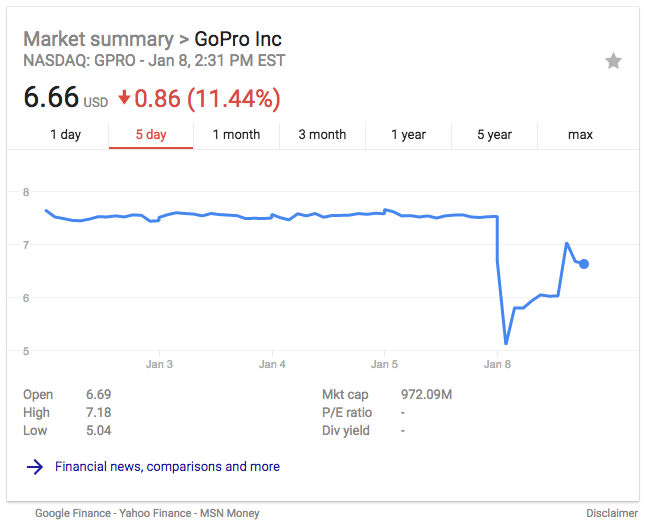 The news has led to GoPro shares falling precipitously in trading on Monday, although Woodman remains confident that GoPro can be profitable in the second half of 2018. “Of course we need to run the business as though we’re going to be independent, and we’re planning accordingly,” Woodman said. (Source)

In Alberta you cannot fly them legally in Provincial and National Parks. Not too sure why the even sell them.

Well, this certainly explains the flood of emails I’ve been getting lately dropping the price their GoPro 5 & 6 by $100 each! It all comes around eventually!