Surly introduced a 26+ bike about 3 years ago but since that time, we really haven’t seen any others. Then, at Interbike six months ago, I saw a 26+ full suspension bike from Coast called the Axis that was designed with smaller riders in mind. Finally, at Sea Otter last week we caught additional glimpses of 26+ tires and wheels, which got us thinking that maybe this wheel size might finally be gaining traction. 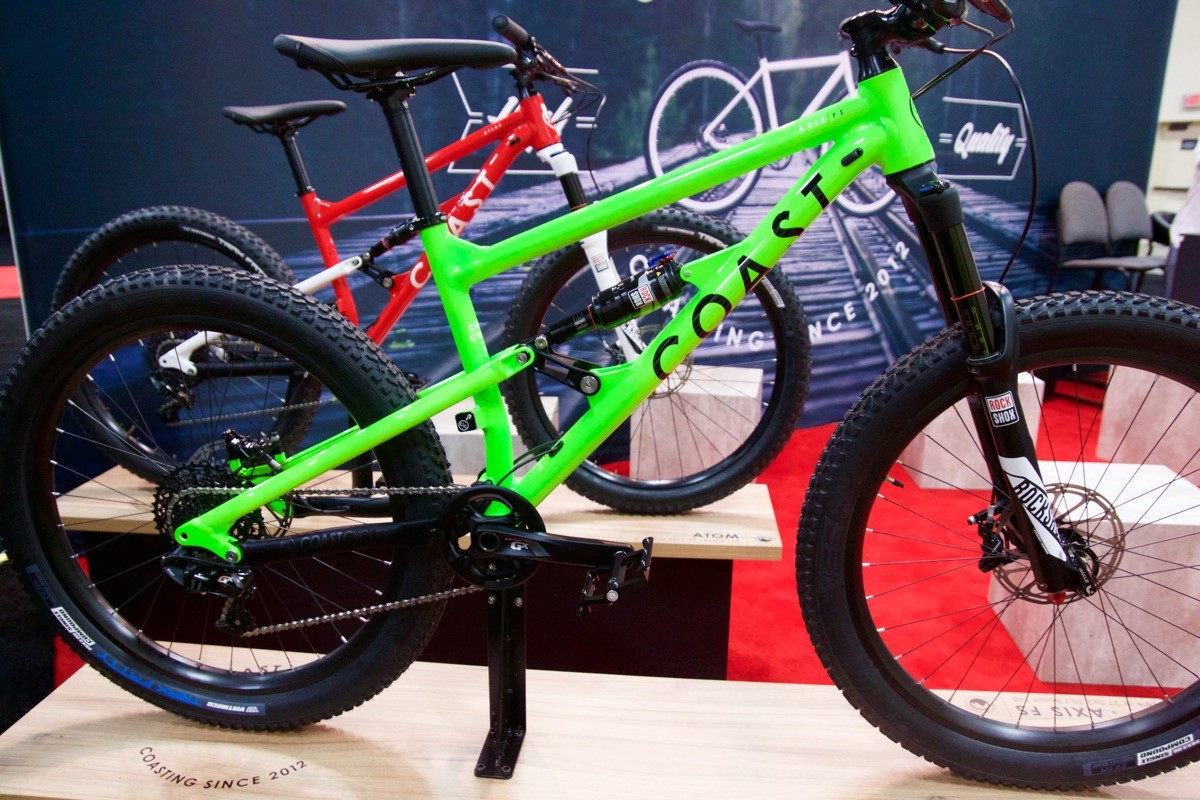 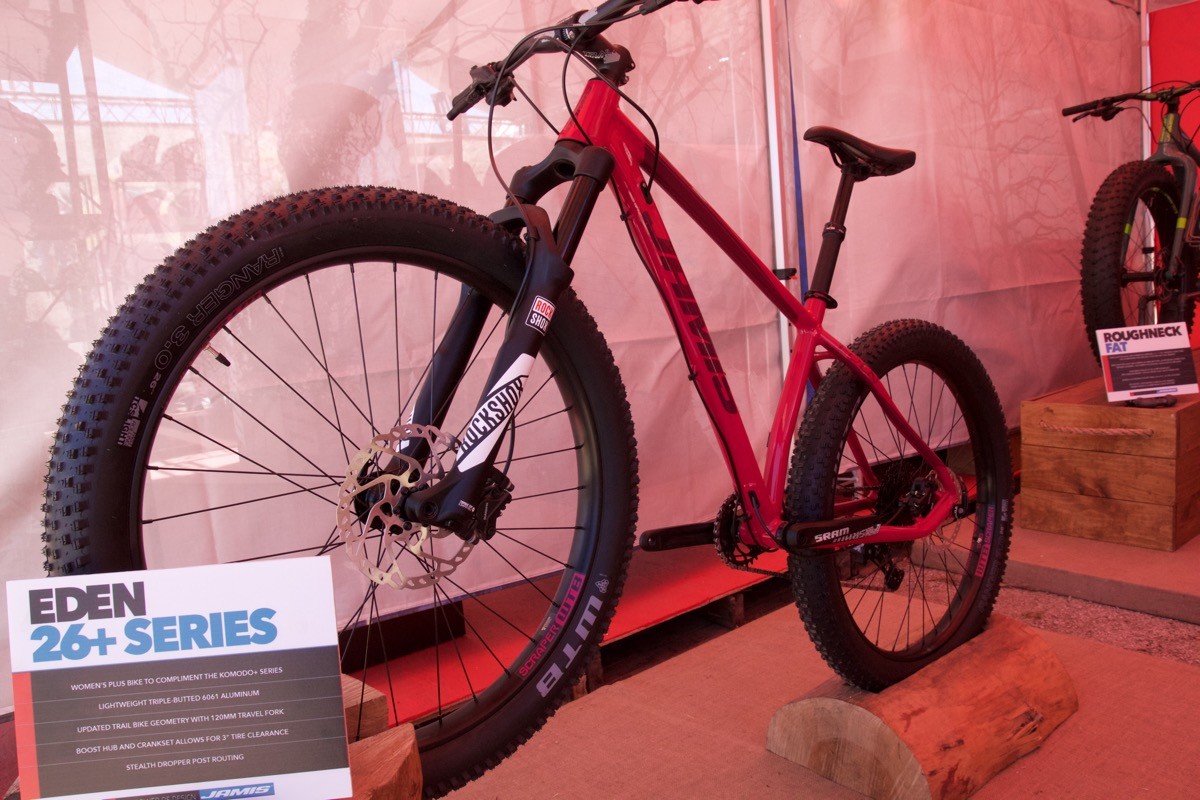 At Sea Otter Jamis showed not one but two 26+ hardtail mountain bikes, each geared toward female riders. The Dragonfly 26+ is the female version of the Dragonslayer, Jamis’s 27.5+ bike released last year. The company also just released another 26+ female-specific bike called the Eden, which is based off the company’s newest 27.5+ bike called the Komodo.

Anyway, lots of model names and numbers here but the point is this: 26+ wheels are smaller and lighter than 27.5+, which means they will be potentially more appealing to female and youth riders alike. Jamis says they’ve seen a lot of interest in wider tires from female riders, and the two new bikes are meant to satisfy that demand. 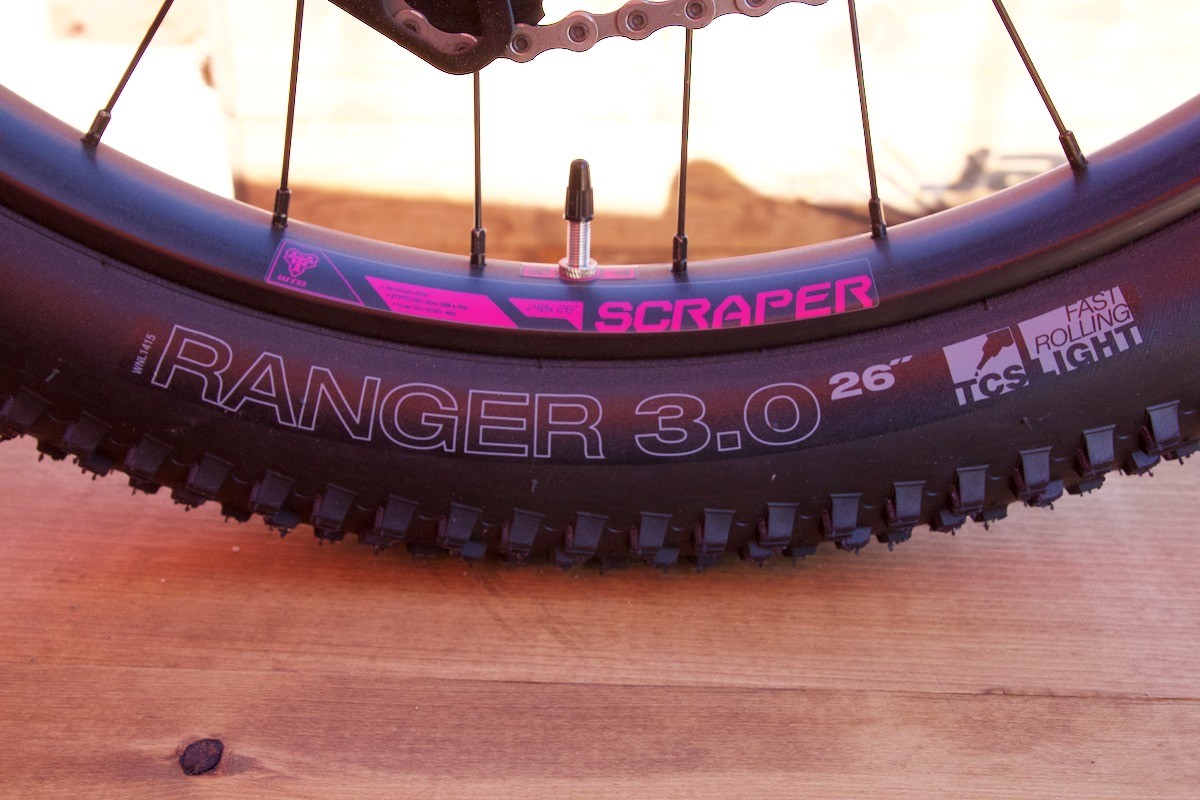 In a lot of ways 27.5+ really broke out when WTB released their Scraper rim and Trailblazer tire combo. That wheel and tire set was in large part initially designed to retrofit 29ers, but quickly took off as bike companies started designing new frames around the standard. Well, now that many consumers have moved to 27.5, there is interest from some of those riders in sporting 2.8-inch and wider tires too. Once again, WTB to the rescue!

The Jamis 26+ bikes mentioned above are running the new 26″ WTB Scraper and a new WTB tire called the Ranger. But like the 27.5+ Scraper and Trailblazer, this new WTB rim combo seems to work well for conversions too. Salsa showed off a new 27.5 trail bike called the Redpoint at Sea Otter last week, and one of the bikes in the booth was already “converted” to 26+ using the WTB rim and tire.

My prediction? In 5-10 years we’ll stop calling 2.8-3.5″ tires “plus.” They’ll just be called “mountain bike tires,” and most bikes will be capable of running them.

This is a super interesting emerging trend… I can’t wait to see if it catches on or not.

Personally, I would totally go 27.5+ on my next new bike, BUT I would be interested in trying 26+ on my current 27.5-standard enduro rig.

Could be a nice upgrade for my kid.

I would trade my 29 for a 26+. 26 just accelerate better and has less rotating mass (for the same specd 27.5 and 29 wheel/tire). And with the + setup you have better roll-over and less chance of endoing. I thought 26 was dead, but this could be the revival. I’ve enjoyed my 29, but I would def go 26+ on my next bike if it becomes more widely available.

I decided to put Surly 2.75 wide wheels on my 26r Santacruz LTc since I really enjoy riding it. Fit my Easton wheels good and a nice wider upgrade from my old 2.4 tires.

What is the Green Bike?

There’s a green bike from Coast that’s pictured, though I don’t believe that bike was ever made available in the US.