It’s good to see Danny MacAskill back on the mountain bike! While we share Danny’s videos without fail here on Singletracks, his only true mountain bike film that didn’t involve a trials bike was “The Ridge” from 2014. But in his latest release, “A Wee Day Out,” Danny picks his Santa Cruz back up and hits the trail… err, the roofs, the train tracks, the bridge railings, and anything else in his path.

“A Wee Day Out” is a constant onslaught of technical tricks and crazy moves that made me respond with open mouth, “how did he think of that?!” Danny’s creativity and bike handling prowess are on full display as he pedals through the countryside in Scotland, making this video an instant classic. While the terrain may not be nearly as grand as that found in “The Ridge,” the tricks, on the other hand, are bigger, more technical, and if it’s possible, more innovative than any that Danny has done before! 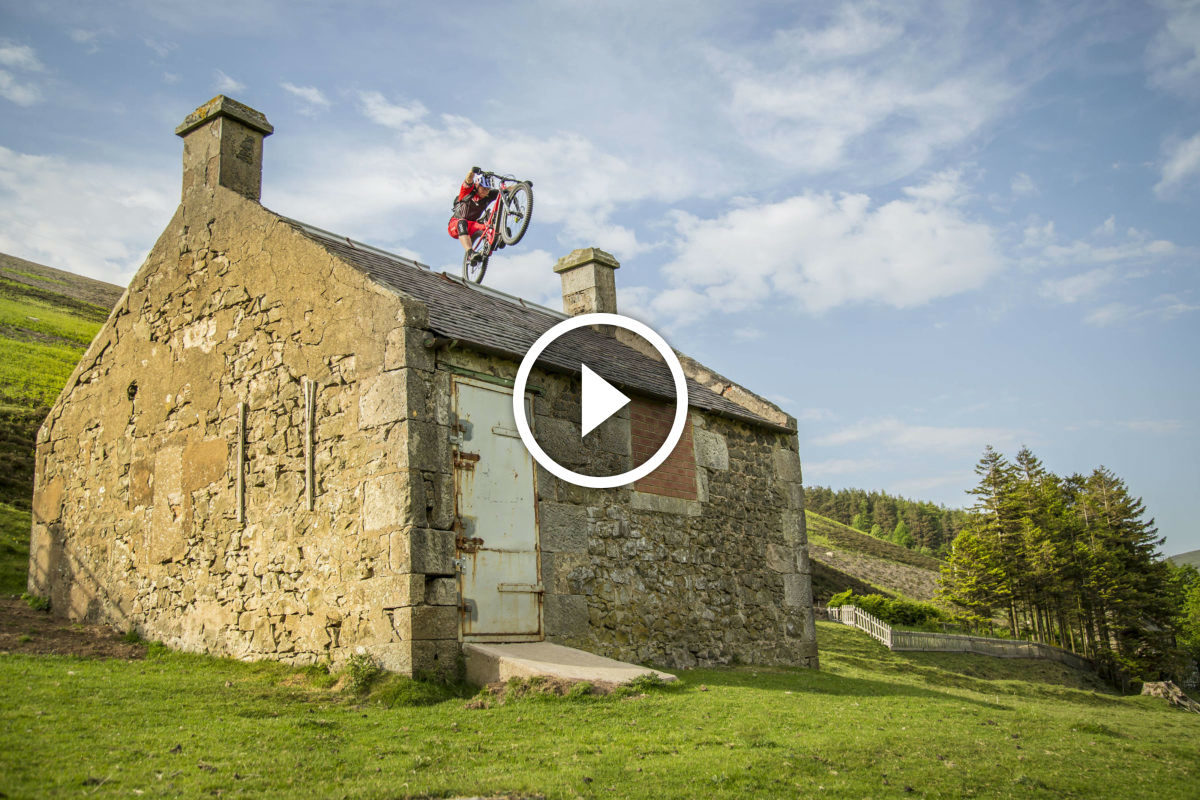 Is it just me not able to see this video?

Hey Stumpy, sorry it wasn’t working for you! The Red Bull player was still working on my end this morning, but a Youtube embed is now available, so we’ve updated it with the Youtube video–that’s more likely to work for everybody.

Hope you can watch it now!

Thanks, Greg! Now it’s working and I’d say it’s another great video and excellent performance from Danny.
Thank you for sharing

Right on, glad to hear it!

Wow, a whole bunch of chuckles from this video even before the outtakes. Well done. Loved the charm of it all.

I always like videos like these. Danny has some sick skills man! However, when you watch these videos, you always get the impression that these super skilled bikers land these moves every time. They don’t, and the outtakes show that. These guys are human and make mistakes just like everybody else. However, they are still awesome!

I FA!! And watching how they make the film is really interesting!