As the days grow shorter, aided substantially by our recent return to Standard Time, mid-week after work riders are forced to strap on lights if they are to survive. That the black of night will soon be arriving by 5:30pm here in Northern California is always kind of a bummer after the initial delight of not getting up in the dark wears off. On the first Monday after “the change,” I bounce up an hour early, get to work half an hour early, and spend the intervening thirty minutes smugly congratulating myself. Then the artifice starts to wear off and I’m just depressed. A weekly night ride with friends is one thing that keeps me from staring too wistfully over the edge of the Golden Gate Bridge into the inky waters of oblivion. 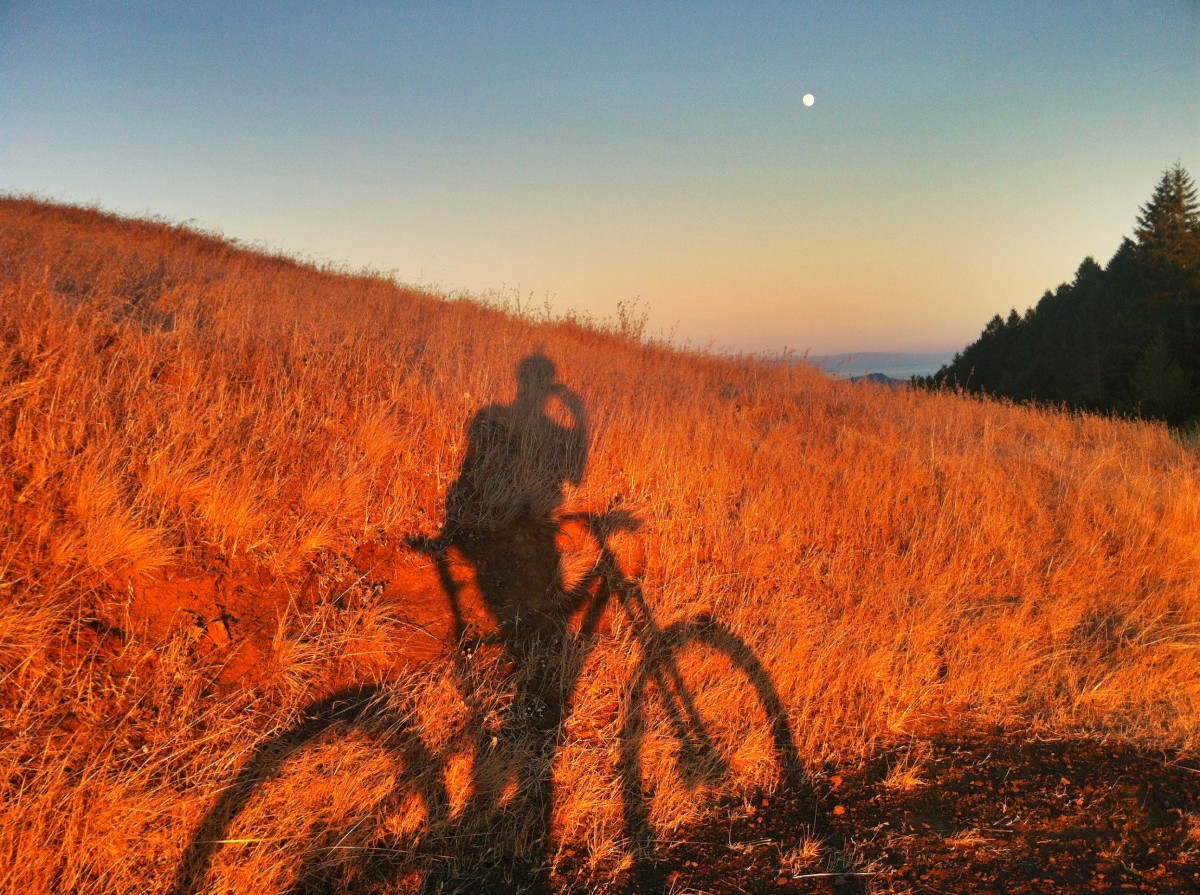 Overcoming inertia is one of the greatest challenges of getting and keeping a night ride going. The siren song of the couch, the pull of family, and commute traffic traps, all conspire against the thing happening. The alternately good and bad thing about being the ride convener (I shy away from “ride leader,” as it has been duly noted that one cannot “lead” from behind…) is that you have to show up. Calling a night ride and then bailing is not an option. If only one other rider shows up, and they have the good sense not to ride alone at night, you’ve really hosed them, and they may not speak to you again.

Our night rides have several rules, some spoken, some unspoken. Some of the unspoken rules become verbalized quite loudly when broken. Who’d have thought you needed to say “Dude, it is not cool to stop and session something when nine other people are waiting for you at the intersection shivering their lycra-clad asses off because they are adhering to that other unspoken rule, which is that the night ride is 100% iron-clad no-drop.” (Except for that time when we lost Greg on the mountain. Sorry, Greg.)

Other rules include the following:

A) Charge your lights (Duh!). Run both handlebar and helmet, and stash a Petzl in your pack in case every single thing fails. And it will, at some point.

B) BE ON TIME!  It’s a school night folks! We found the best and funnest way to prevent start-time-creep is to invoke and enforce a late fee. Ready to pedal at 6:30:00:00:00 infinity. If not, $10 bucks into the yearly late-fee kitty. It is best to have the designated enforcer/collector of the late fee be the biggest, brawniest member of your ride who’s not afraid to bust some knee caps, versus, say for instance, me, who is a sucker for the “my mongoose got loose and stole my battery and then I got stuck in traffic when a unicorn was playing in the freeway” excuse. Your tardiness problem will be largely eliminated with this practice.

C) Bring a nice snack and beverage to share. First person to pull out a Clif Bar is banned forever more. Oh, and PBR may be trending just like night riding and this post, but it is crap. Don’t bring it. At least not on this beer-snob ride.

D) Have your shit together. Of course there are going to be mechanicals, flats, etc., but don’t show up with these as inevitable.

E) Be sure that the new person you invite has some level of ability and/or chutzpah. Finding out at 9:30pm at the farthest reach of your loop that Jim Bob has never actually ridden downhill on singletrack before will ruin this particular ride for you, your group, and surely Jim Bob. Worst of all, it may result in his never riding again (actually, “worst of all” would be an injury out here in the north forty…). Also, make sure people understand that Stuff Happens on a night ride, and no, they are probably not going to make it to the Oakland Airport to pick up their girlfriend in one hour when we are currently cresting Jewell Trail near Point Reyes and a silver fox and a barn owl with a six-foot wingspan have just passed in front of us.

Most people find that after some initial acclimation, riding at night actually helps their overall skills. Having your path delineated by a roundish orb of light tends to sharpen your focus to only what matters, silencing those pesky facts like a seventeen-foot-drop on your left, that pit of writhing snakes on your right. If you can’t see them, they can’t see you, and if they can’t see you, they can’t tempt your wheel into their evil lair. Once a fire-breathing dragon of a drop is slayed in the darkness, you’ll ride by him in the daylight and find he has been reduced to a harmless lizard. Your friends will be impressed with your newfound mad skills.

The best thing to recommend the night ride is that there is something about being out in the forest, or on the mountain, at night. There are some things one would never otherwise experience: a bat escort, the aforementioned silver fox and owl, a meteorite blazing blue-white-orange-red-yellow that could have been God or the apocalypse as it pulled along a soul-shaking bubble of thunder, our conversation instantly silenced. That meteorite dropped a sizable space rock on a roof not nine miles away from our spot that night. It is not something any of us will ever forget, and we’d have missed this stellar experience entirely had we succumbed to the draw of our respective living rooms. Easier to re-create than these rare cosmic fireworks, a full-moon ride sans lights will make your world right, and a special brand of camaraderie often forms on such outings.

But trust me on the PBR.

Trails
10 Reasons to Mountain Bike in the Dark