During one of my many transits across the great state of Kansas, I pulled off the interstate to fill up my gas tank and patronize a fine dining establishment that we don’t have access to in my hometown: Wendy’s. But as I turned on my blinker toward the exit, I noticed that the name of the town was literally “Plainsville.”

“Is there a more boring, depressing name for a town?” I found myself wondering. As I looked up and down the busy strip next to the Interstate, the fast food chains and gas stations ended quickly, taken over by flat plains filled with grain, as far as the eye could see.

While I don’t presume to judge the motivations of anyone who actually lives in Plainsville, I had to wonder, “why would anyone choose to live here?” Because where you live is absolutely a choice.

Having grown up in a small farming community in Wisconsin, I can imagine some of the reasons that people would give for remaining in such a place: “All my friends are here. I have a good job on the farm. It’s too expensive to live in the city, or in the mountains. My family is close by, and family is the most important thing to me.”

My best pal Seneca seems to think so. He says, “the place one’s in, though, doesn’t make any contribution to peace of mind: it’s the spirit that makes everything agreeable to oneself.” He goes on to illustrate in his letter to Lucilious:

“I’ve seen for myself people sunk in gloom in cheerful and delightful country houses, and people in completely secluded surroundings who looked as if they were run off their feet. So there’s no reason why you should feel that you’re not as much at rest in your mind as you might be, just because you’re not here in Campania.”

In another letter, Seneca drives his point home clearly: “the good life is available everywhere.”

Now Seneca’s position is, of course, completely consistent with the Stoic philosophy of not letting the outside world drag you down or cause negative emotions, because you can’t control the outside world.

But on the flip side, you can control where you live. Especially in the increasingly-mobile and digital age of the early 2000s AD, you can literally live anywhere in the world if you put your mind to it.

The role that place plays in our lives 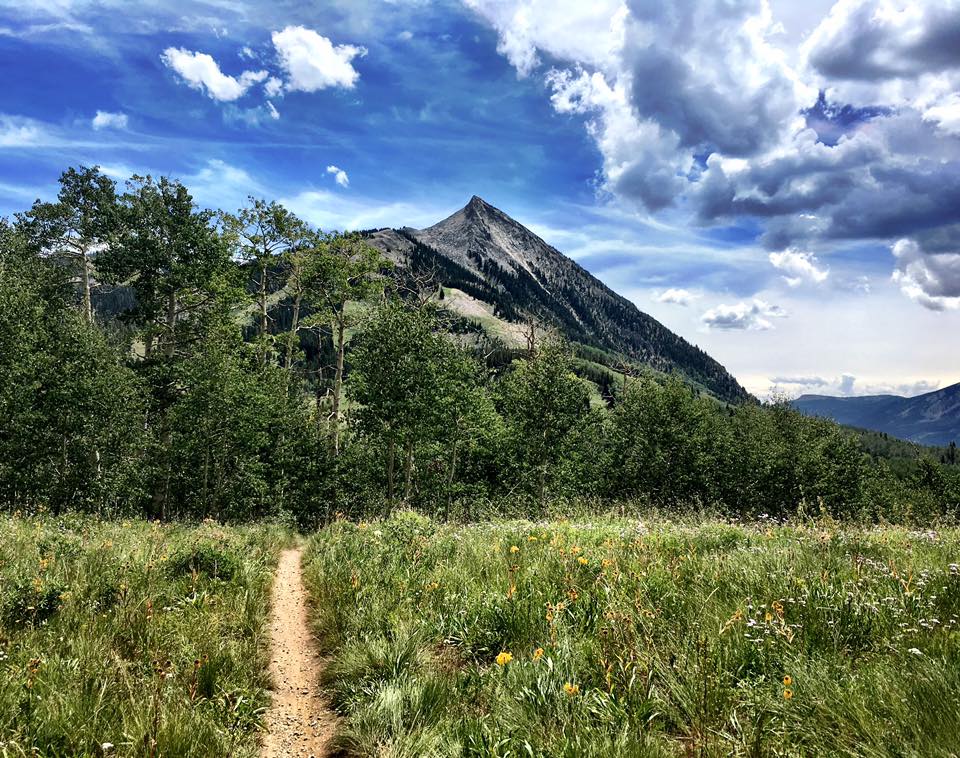 I will be the first to admit that to many people, the place they live is not the most important thing about them. In the hypothetical argument above, their number one priority may indeed be their extended family. Bully for them.

But for some other people, I think location, place, the spot in the world that you pick to reside, plays a huge role in your quality of life. Speaking for myself personally, the place I choose to live is one of the most important choices that I have ever made—and I made that choice very carefully.

My place contributes dramatically to my own personal level of contentment. Can I ride singletrack from my back door? Can I glance away from my computer screen and see towering mountain peaks out my window? Do I have to deal with traffic and smog and noise, or do I have peace and quiet constantly available?

While I admire the Stoic belief that “the good life is available everywhere,” I have to wonder if contentment isn’t just about achieving a quiet, contented internal state despite the external circumstances that bombard you, but also learning who you are as a person, and then making conscious decisions that make it easier to achieve a contented state.

When I hop on my mountain bike and ride out of my garage door and onto singletrack, when I smell the sweet scent of the cool mountain air in the mornings, when I spot the first touch of snow on the tops of the mountains in the fall, all of those simple experiences catapult me into a state of contentment and well being.

Here, in the mountains, I find contentment radically easier to achieve than I ever could in Plainsville.

Culture
E-bikes are Important Forest Accessibility Tools
Culture
Over a Beer: Riding to Live
Trails
Yes, We DO Have Mountains in the South
Gear
Opinion: Strava Sucks the Soul out of Mountain Biking

Not me, though I spent my 5 year college career in Lubbock, Texas…..where you can look further and see less. Surrounding towns were Plainview, Levelland and Brownfield. Great people and I thoroughly enjoyed my time. Led me to explore New Mexico, Colorado and Arizona. I spent as much time as possible on the Caprock and Palo Duro Canyon (decades before any MTB trail). Loved the sky, constant breeze and low humidity. The lack of topography was a deal breaker though. Many of the natives are quite content and seem claustrophobic in forest/mountain locations. I guess we should be happy not everyone wants to live in Colorado……heck sometimes it seems too crowded.

This is a classic example of “different strokes for different folks”. You be you. There a over 300 million people in the country and 300 million different things that make people tick. Believe it or not, some people don’t even like mountain biking. I can’t wrap my head around it but, that’s OK. Some people dislike beer…

I met a guy who was working in Tennessee who was from New Mexico, he said Tennessee was “too green, it literally bothers my eyes” and couldn’t wait to move back. I am the opposite, 1 day in the desert and I am ready for forests and streams. The most rewarding thing about traveling in my career has been the chance to meet so many people with so many different ways of making themselves happy. Be careful not to judge. Just be grateful for the pursuit of happiness, wherever that takes you.

I have never been (or heard of) Plainsville, but have been to (and enjoyed) Plainville many times. Of course, I live in Goodland, KS…