When it comes to the arts, cycling is underrepresented. Sometimes I get so bored re-watching American Flyers and Breaking Away, that I actually dust off my Quicksilver or Rad VHS cassettes. That’s why if a book or film is released that in any way features a bicycle, I feel it’s my duty to support the effort. It’s also why I was first in line to see Premium Rush when it came out a few years ago (the film is worth it just for a sweet scene of Joseph Gordon-Levitt escaping a police impound lot on a stolen Mountain Bike…he climbs the walls with that thing).

These days, publishing is a mixed bag. There are a lot of small presses out there that pump out works of varying quality. The upside is that a lot more niche books get published. The down side is that there’s a lot more junk–which I’m going to steer you clear of.

The three books I’m going to discuss here are certainly crafted for the adventure crowd. They aren’t really novels, but are instead collections of memoir-style anecdotes about experiences had on and off two wheels.

The risk you take with small-press productions comes in editing and writing quality. I’m not a grammar fanatic myself, but I do have a degree in English literature (and a teacher’s license), and I can attest that these selections are as clean as the first run of any big publishing house release (most novels that come out have a dozen or so errors in them.) So if you’re interested in giving some lesser known authors a chance, you could do far worse than starting with these. 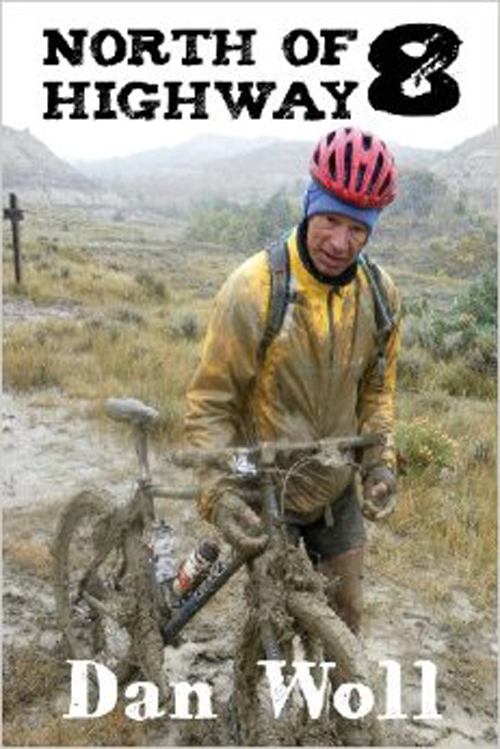 North of Highway 8 by Dan Woll

This book features a broad range of subjects, all of which are outdoor and adventure related.  The big draw for the MTB crowd with this book can be found in Woll’s attempts at the Leadville 100.

The title refers to the Highway that crosses through the northern half of Wisconsin. When you get “North of Highway 8” you’re up in the true wilderness (I was born there, so I can attest to how wild it is.)

Woll writes with a mature, thoughtful style that brings a unique perspective to endurance sports. This certainly falls into the category of an “every man” cycling book, but I think you’ll be surprised by what a regular guy can achieve. 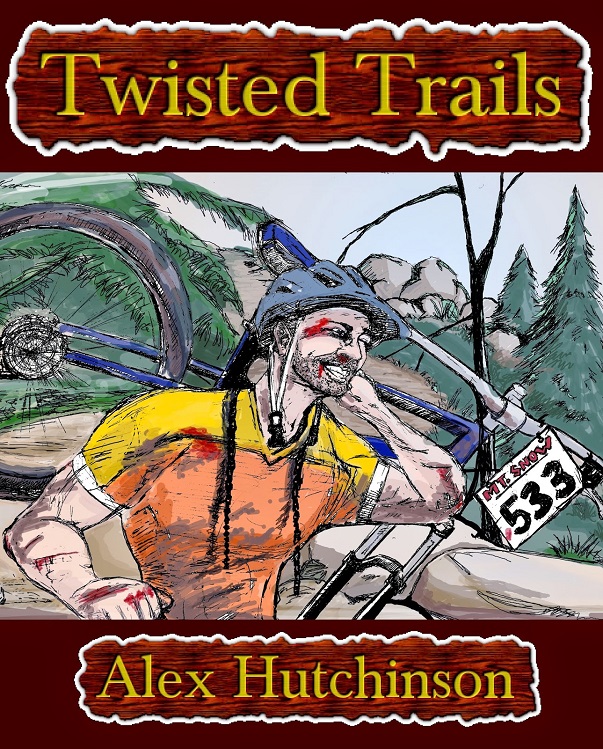 This is the most MTB-heavy book of these three selections. “Twisted Trails” is a short story collection that contains a lot of humor and a good supply of scraped up knees. The stories are all of high quality, and are the types of things that anyone who has ever ridden a bicycle will be able to identify with.

Hutchinson is a better than average writer. He’s good at creating some narrative tension and carrying it through a story. Two chapters in this book really stood out for me. One is about a guy who attempts to ride a “replica” (AKA department store) bicycle in a race (you can imagine the results), and the other is about a motorist who seeks redemption after striking a cyclist with his vehicle. Worth the read. 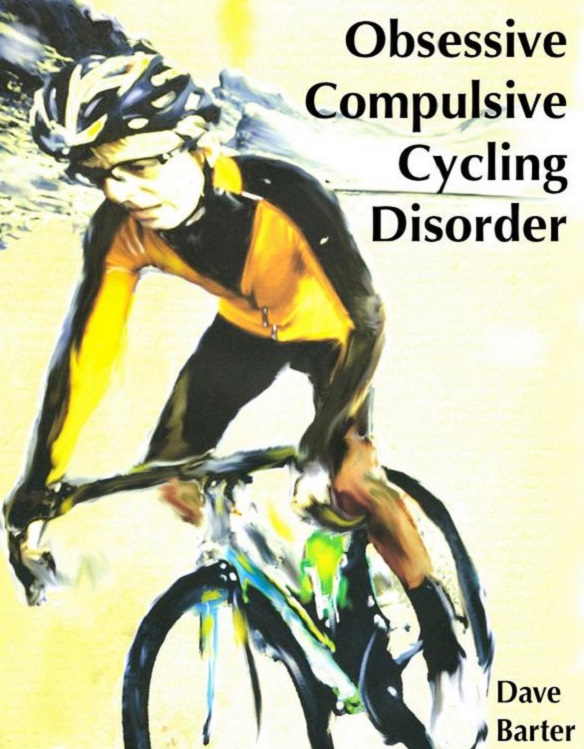 This is more of a roadie book, but I’m including it because it’s an insider’s look at the British cycling scene. The highlight in this volume is probably an event that the author partakes in that requires him to race on the same course as one of the Tour de France stages. The whole point of reading books like this is to discover new and interesting events that you can put on the bucket list, and that event sounded especially cool.

Quite a few of Barter’s articles have appeared in cycling publications, you can read all about him on his web page.

Most small press authors like this are always looking for reviews, so grab these books and post a few words about them somewhere. I’m currently sitting at 95 Amazon reviews for my cross-country ski racing memoir Beyond Birkie Fever (featuring one cycling chapter). I’ll certainly give away some copies to hit that magic century. If you’re interested, hit me up at: walterrhein@gmail.com

If you want to suggest some other works, please sound off in the comments. Also, don’t hesitate to contact me if you’ve written an adventure cycling book yourself and are looking for a wider audience or an honest review! Happy reading!

Videos
Bikepacking Across Norway in Search of Lost Captures [Video]
Videos
Watch: An "Absolute Savage" Rides the "Sickest Trail in Northern...
Interviews
Getting Paid to Hit the Open Road With a Mountain...
Videos
Watch: "Chasing the Midnight Sun" - A Trip to the...