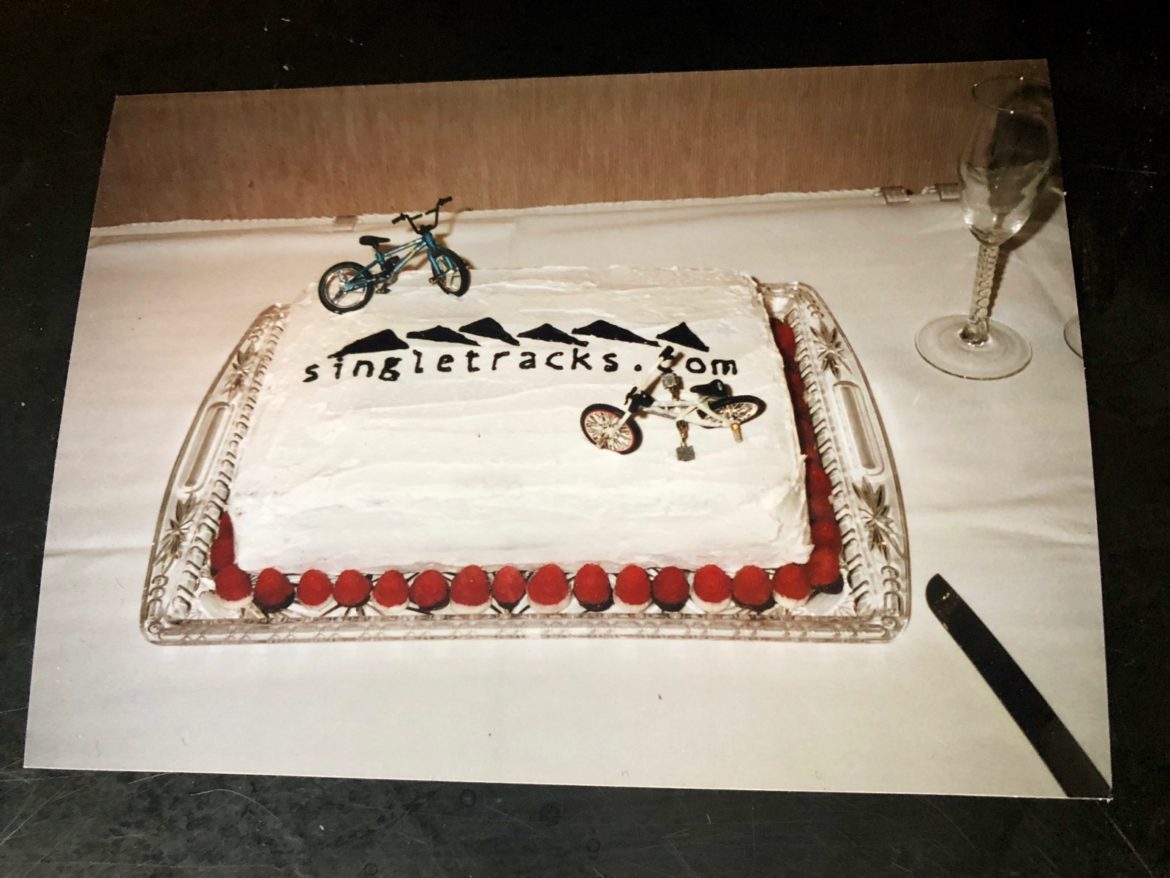 Singletracks is celebrating its platinum anniversary this year, and we wanted to share a little of that story with the readers and contributors who keep our wheels rolling. This publication was established in 1999 by Leah and Jeff Barber, initially centered around mountain bike trail information and reviews. The couple spent their weekends documenting every track they could find and sharing that info with the growing knobby-tire community.

For a little cultural context, the film American Beauty topped the big screen that year, the pop-beats of Brittney Spears’ “Baby One More Time” blared from teenagers’ bedroom windows across the US, and V-brakes and Hite-Rite seat posts were still some of the hottest bits specced on 26″ whips.

Today those valuable trail resources have grown into a massive database of ride locations, route descriptions, and photography from riders around the world, paired with daily editorial content and reviews of the latest components and concepts for enjoying adventures outdoors. Singletracks now receives nearly 1 million unique visitors per month from around the globe, and we would like to share a series of snapshots from our timeline, beginning with a little info about the founders themselves.

So where did these two mountain bike lovers, turned media specialists first meet?

Jeff: Leah and I met in 8th grade in Martinez, GA outside of Augusta. We started dating in high school and got married after college. [Though] just to be clear, we did not start mountain biking together until college.

What initially steered you toward mountain biking?

Jeff: I grew up riding bikes for fun in the neighborhood and in high school some friends and I started driving to trails once we got cars. I think freedom was a big draw initially, and then it became a way to explore the outdoors and to find cool places.

Leah: Jeff put a bug in my ear about bikes when we started college and a co-worker from my internship invited me to go on an after-work group ride.  I started going every week, I would fall A LOT, but I found it a fun challenge to learn how to ride singletrack and go over rocks and roots.

Jeff: After finishing business school in 2006 I started a clothing company with a classmate, but after six months or so, we decided it wasn’t going to work. Singletracks had been a hobby up until that point, and Leah had been paying the bills while I was in school, and it wasn’t like I had been making any money from the clothing company. So we decided I would give full-time Singletracks a go for a little while. At the beginning of 2007, I challenged myself to publish one article on the website each weekday for the entire year. I actually enjoyed it, and the readers seemed to as well.

Leah: These were kinda tough years because the recession was affecting everyone, I worked as an internet marketer and lost my job. We thought it was a good time to start a family while neither of us had a “real job” or health benefits (!). Ah health benefits… So I went back to work full-time and very quickly realized I didn’t want to “work for the man” anymore and I wanted the flexibility to be with my family but still be able to do meaningful and fun work. 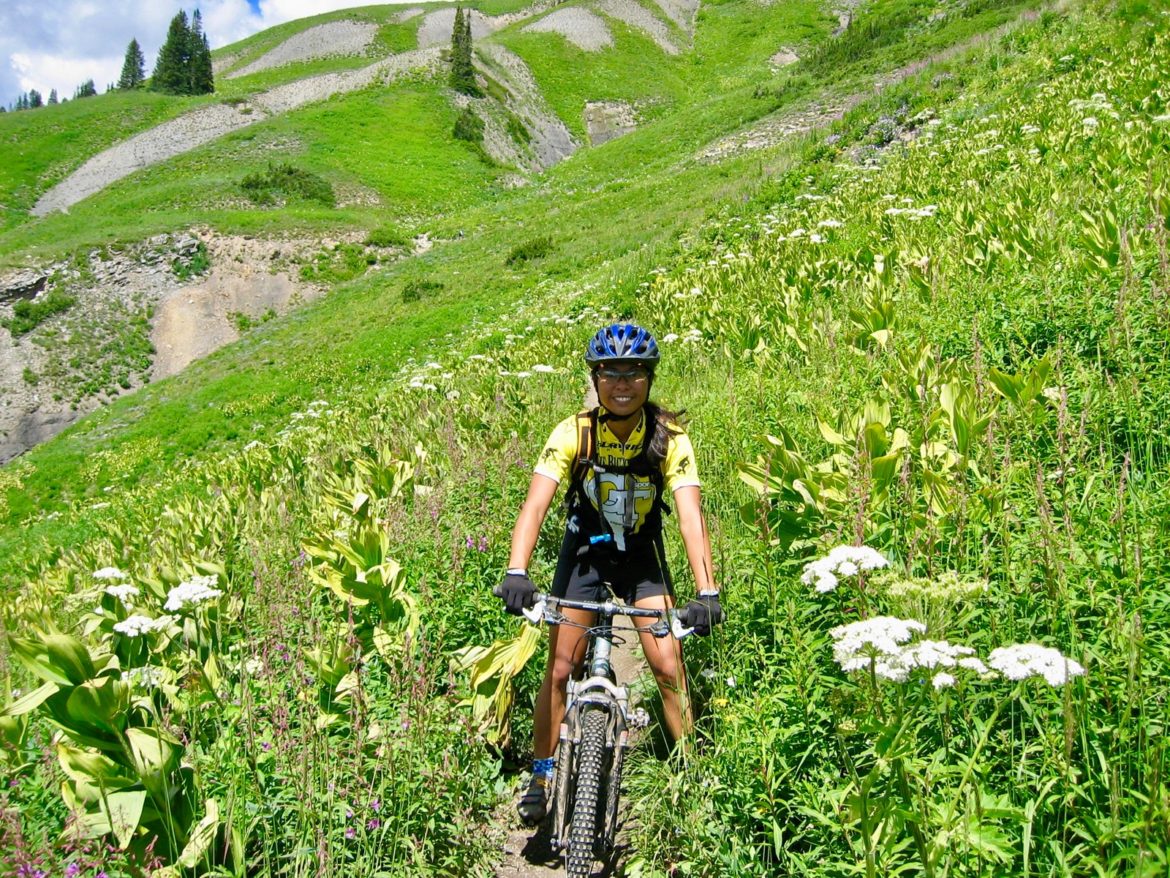 What do your kids think you do for a living? Do they understand the dynamics of the business?

Jeff: Our 6-year-old son thinks we work in a bike shop, which isn’t too far off I guess. Our 9-year-old daughter understands that we write about bikes, and do stuff on the computer which she thinks is cool. 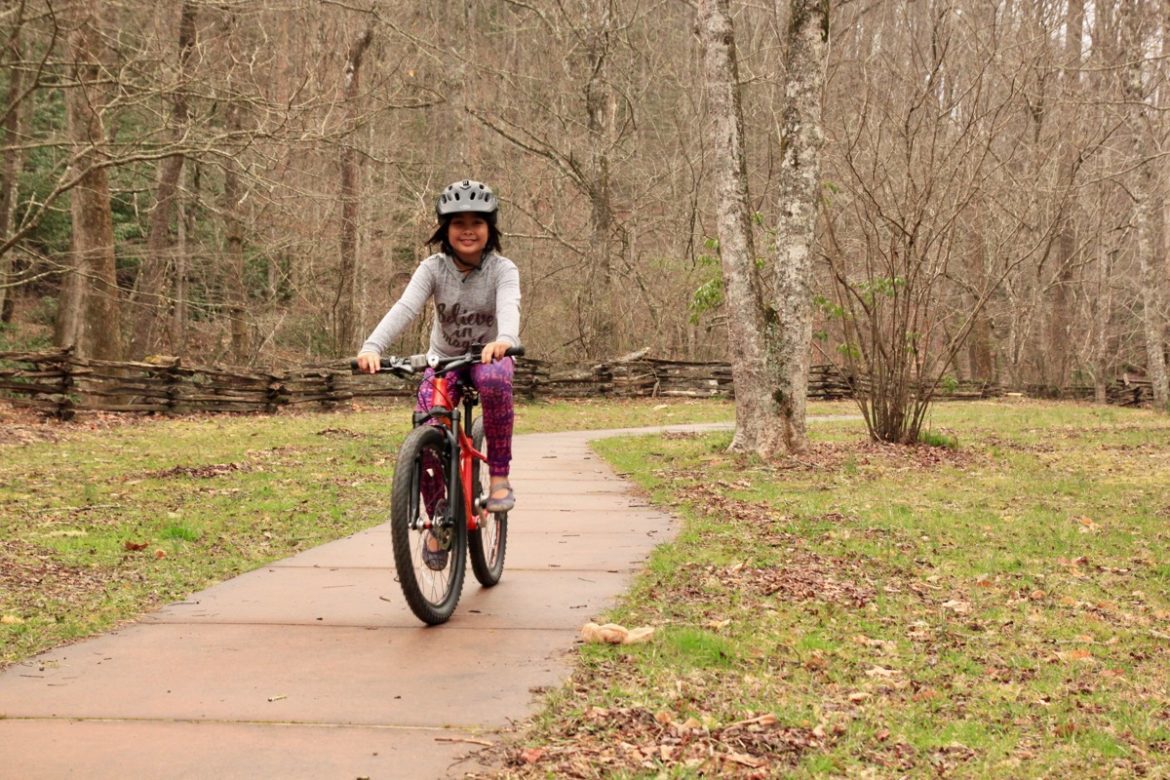 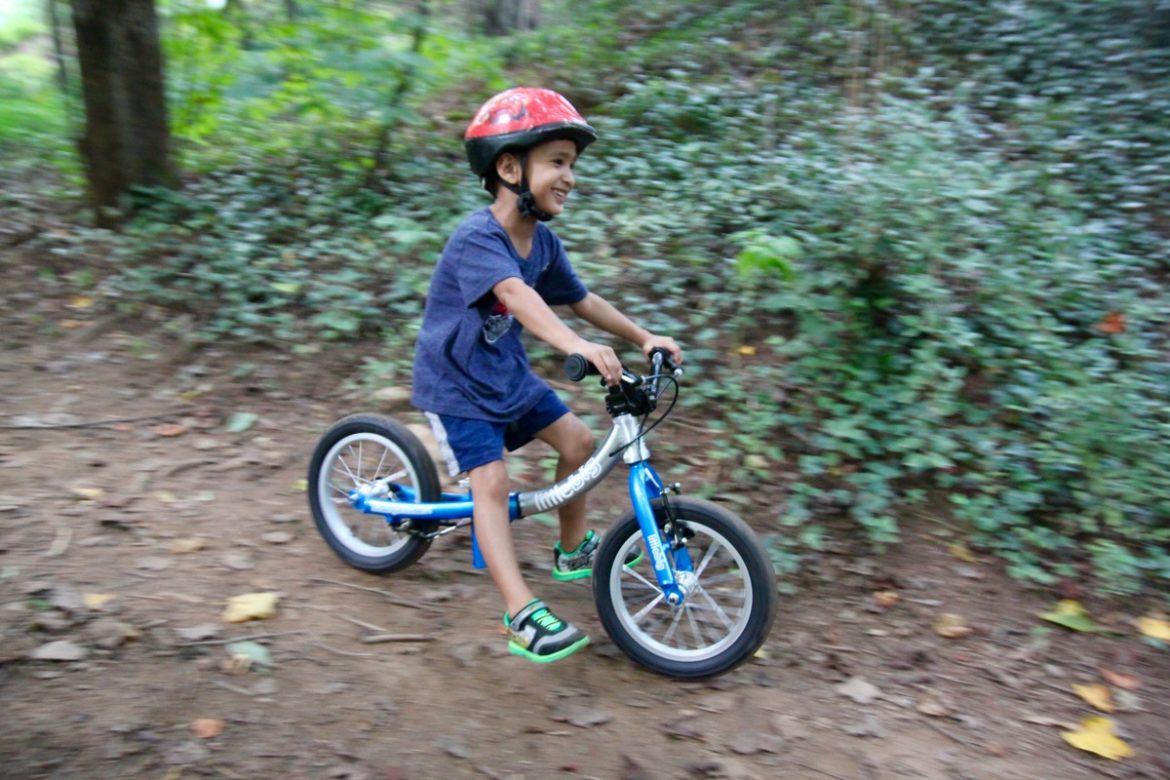 Now, the potentially boring question that we all secretly want an answer to. What does your day at the Singletracks head office in Decatur look like?

Jeff: It’s a pretty standard work day, spent almost 100% in front of the computer. Like most other folks, mountain biking is an after work and weekend thing for me, so that’s when I do product testing. I do get to take several trips each year which is a nice excuse to get out of the office.

We’re a really small group so I end up doing a lot of different things day-to-day, from bookkeeping to editing and writing, to coding, graphics, and customer service.

Leah: Sadly, that is all truth, it’s an office but it’s pretty lax. Not pajamas-lax because we still do video calls! Compared to my previous carpet-dwelling cubicle life, there are no unproductive meetings! We have one team meeting and meetings as needed and everyone is always accessible online so we can help each other out.

How has working in the mountain bike media industry affected the rest of your life over the past 20 years?

Jeff: At the beginning — and sometimes even today — I didn’t feel like I was a part of the mountain bike industry. Singletracks was just something I did for fun. So I try to keep an outsider’s mindset when writing stories or evaluating pitches, because I know most of our readers aren’t insiders either, and they don’t always know all the lingo or have geometry charts memorized.

It’s really satisfying to be able to make a living writing about mountain bikes and trails, and I literally remind myself every day how fortunate I am.

Leah: Jeff, you forgot the part about not having to pay for bikes and gear anymore!  Um, it’s pretty awesome to get to ride some of the best mountain bikes and have the latest gear. But I still remember that nervous feeling of buying my first mountain bike, I was literally sweating over an $800 hardtail! Everything costs waaaaay more now so I totally understand the importance of well-written product reviews and researching big purchase decisions. 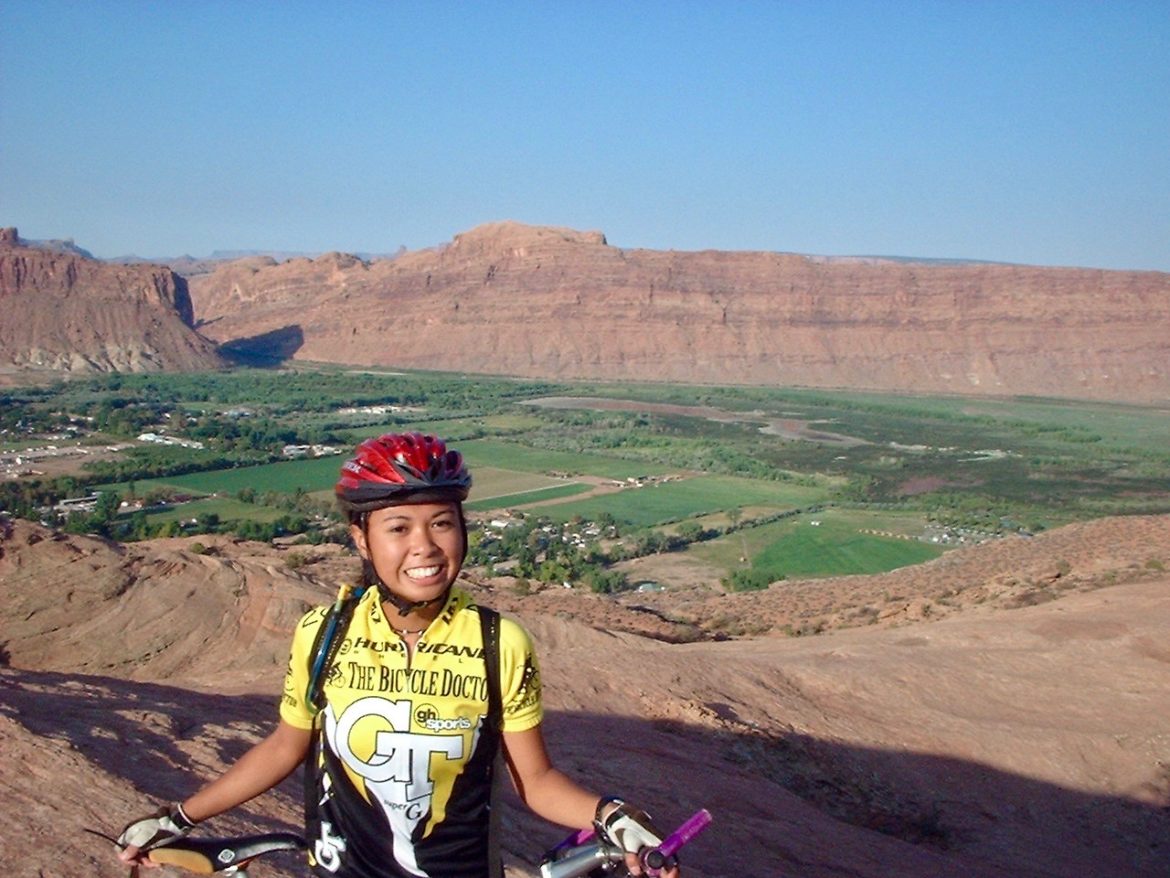 How has riding mountain bikes changed your life?

Jeff: Looking around at our peers and neighbors, it’s clear mountain biking has steered our lives down a pretty good path. I don’t know if I’d be as fit and healthy if I weren’t a mountain biker, and I don’t think I would have as many friends. Most of the dads I know don’t really have a hobby, and they definitely don’t have a group of friends they do stuff with on a weekly basis like I do. As our kids get older, mountain biking is starting to be something we can do as a family too.

Leah: From early on, mountain biking has helped me develop self-confidence and grit.  Sometimes you have to ride farther than you thought because you get lost on a trail, or you fall (and fall and fall) and you have to get back up. When you learn to deal with all those types of challenges on the trail, it’s easier to take on challenges in your day to day life. I also really loved being among a few females that rode mountain bikes when I first started. Whenever I would go to a new place to ride, it was awesome having an instant connection with other women that mountain bike. I’ve made some amazing friends through mountain biking all over the country. 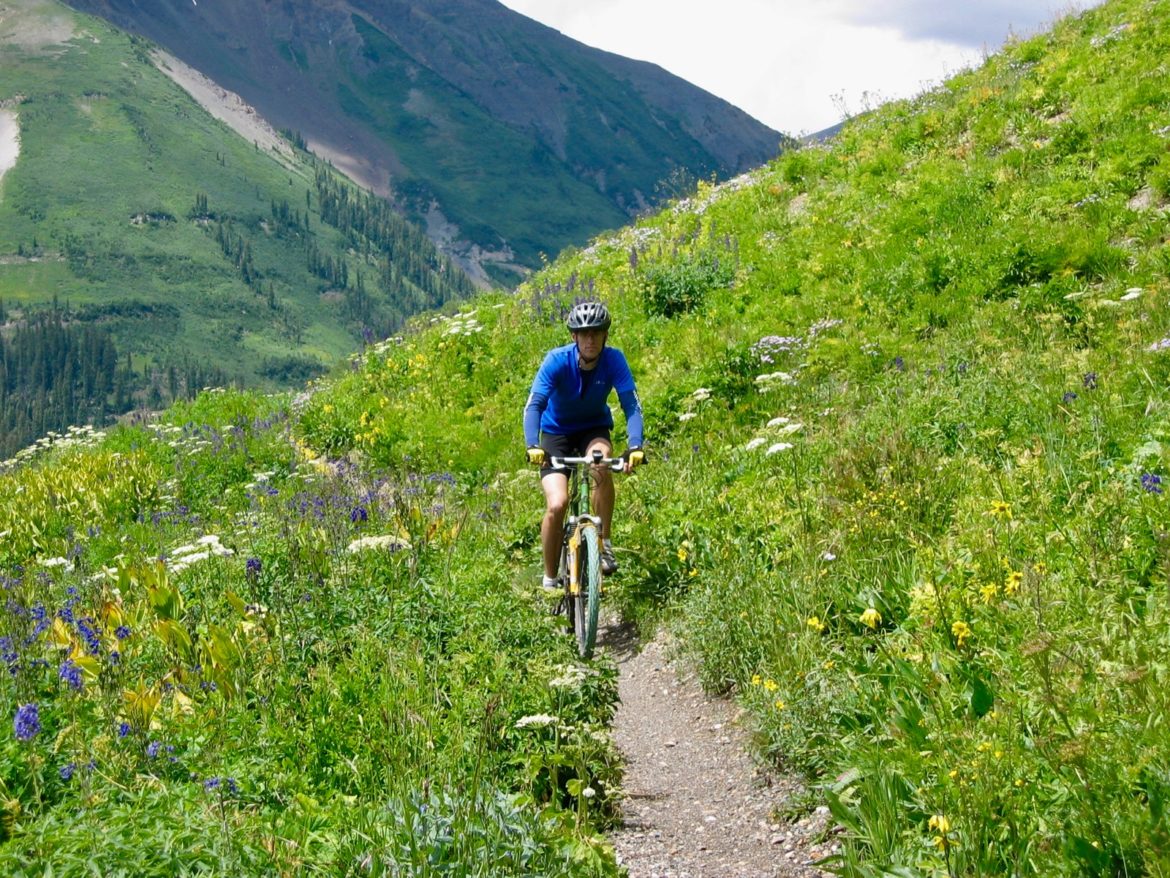 If you could only ride one trail for the rest of your days, which one would you choose?

Jeff: Oh man, that’s a dirty trick! I used to ask this question in all of my interviews, and people never gave me a straight answer. Now I understand that it’s impossible to answer.

Many years ago I truly thought I’d rather give up biking than ride the same trail over and over again because exploring and seeing new places was the draw for me. Now, I think I could ride just about anywhere as long as there were enough technical challenges to keep things interesting, and enough mileage to keep the fitness up. I really like our local, in-town trails because we can ride them year ’round in all conditions, and they are always changing.

Leah: Hmmm… so many trails so little time! My young self would have picked from my favorite trails in Colorado like Trail 401, now I’ll take almost any flow trail!

Singletracks began as a trail database and forum resource? What is your most fond memory of those early days?

Jeff: Back when Singletracks was known as Mudhunny (Leah’s nickname) and hosted at Geocities.com, Leah and I were really just focused on finding, riding, and documenting new (to us) mountain bike trails. The site started out with maybe a dozen trails in 3 states, so whenever we added a new trail to the list of trails we had ridden, that was exciting. It was always fun hopping in the car on the weekend, never really sure what we would find.

Leah: I have a ton of good memories from mountain biking in Augusta, GA actually.  I remember being pleasantly surprised that there was so much to ride and it was good flowy singletrack, even before FATS.  Going to high school there, I just thought Augusta never had anything going for it and Jeff even called it “the armpit of Georgia” in one of his first blog posts.  It was always a little eery to me going down some of those old country roads to ride in the quiet and isolated woods of Modoc trail. I swear I could hear the faint sounds of a banjo strumming. 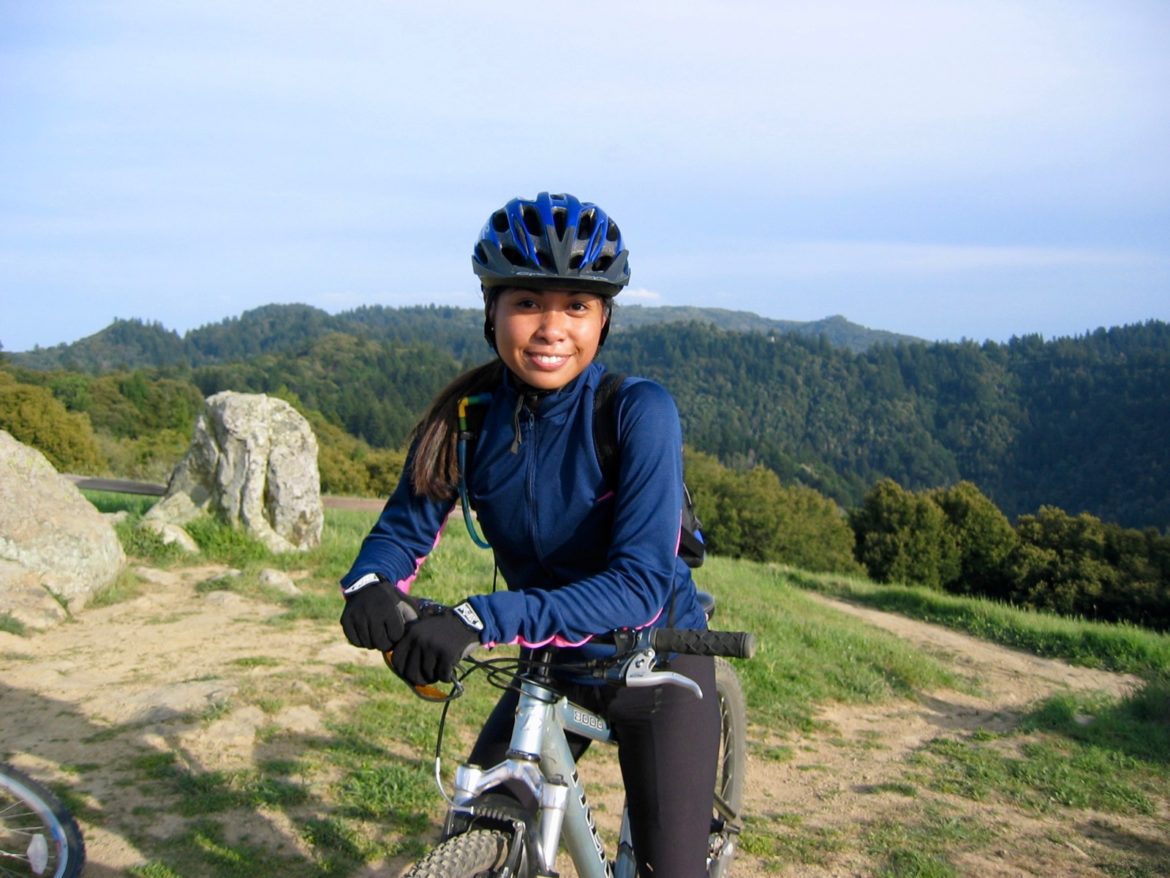 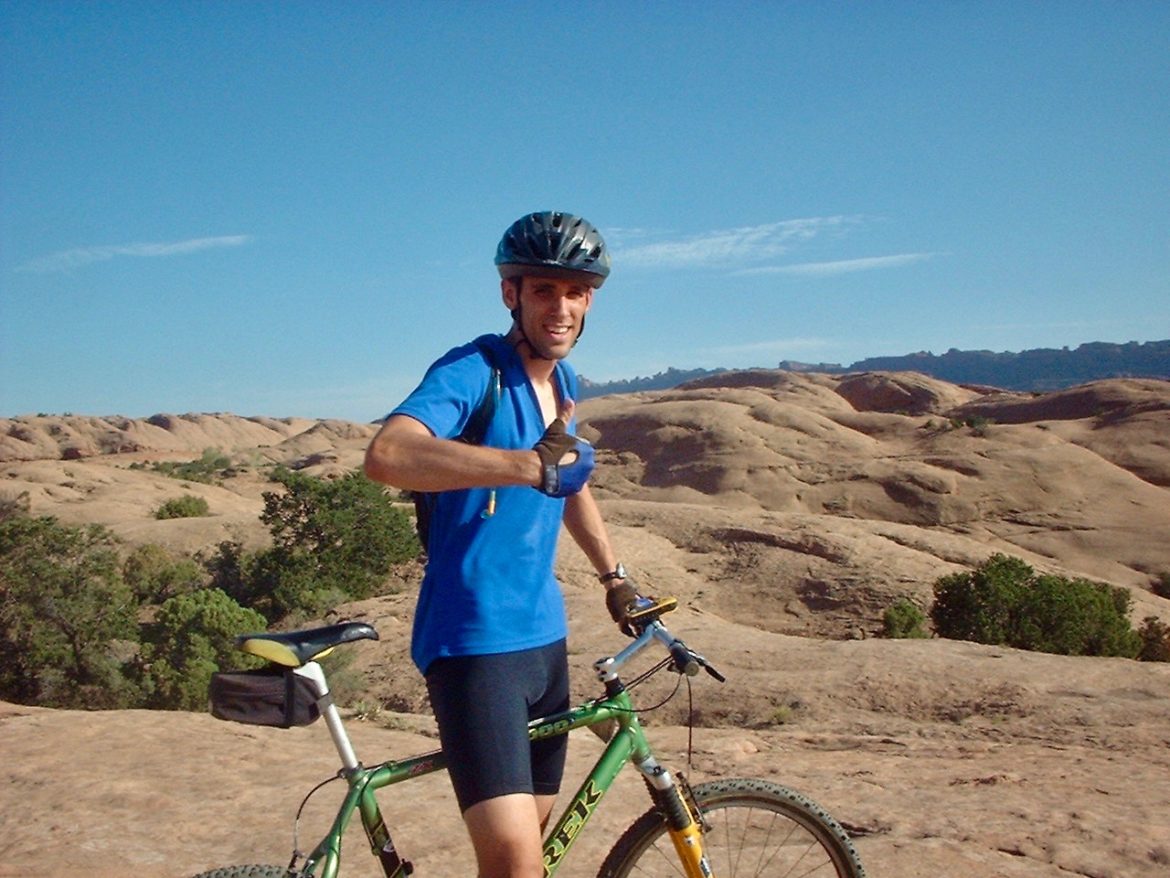 Gear
Do You Color Match Your Mountain Bike and Gear? [Survey]
News
'Dirty Kanza' Cancels 2020 Event and Will Change its Name,...
Beginners
What do you mean 'Better Brakes Will Allow you to...
Gear
New Michelin DH22 MTB Tires Provide Unparalleled Grip and Cornering...