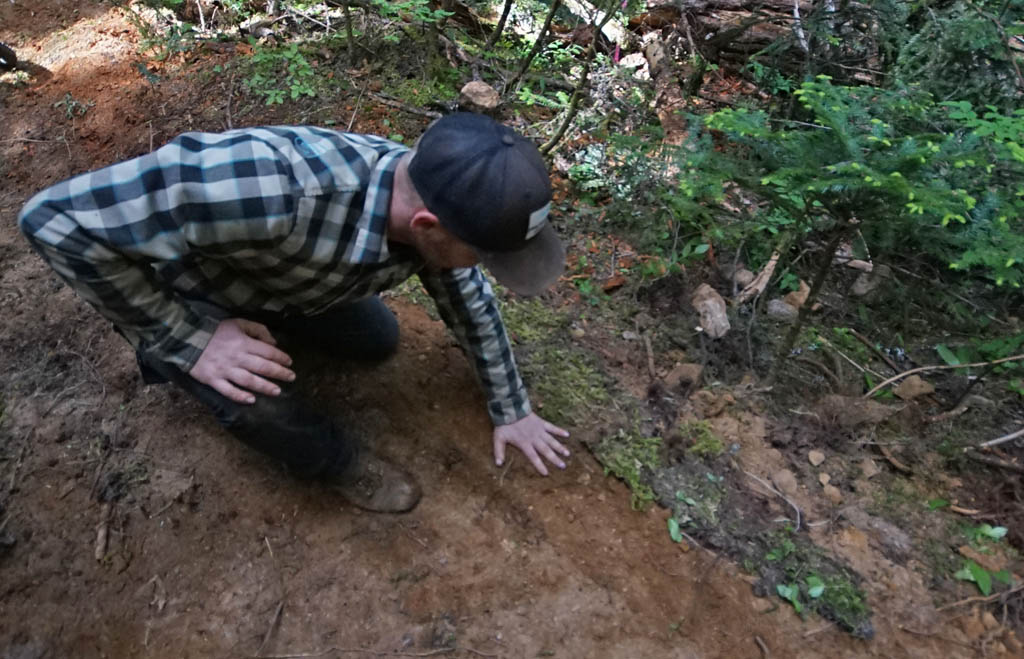 Gravity Logic (GLI) was founded by Tom Pro, Dave Kelly and Rob Cocquyt. The group started as an in-house business unit of the Whistler Mountain Bike Park, and was ultimately spun off as an independent company in 2007. While GLI is still involved in many key builds at Whistler Mountain Bike Park, the company’s resumé now includes 30 completed bike parks with contracts to design, consult, and maintain more than 100 bike parks across the globe.

GLI imbued its signature style on Whistler’s MTB trails throughout the years, having a hand in some of the most well-known trails like A-Line and B-Line. The company was also contracted to build the exceptionally difficult Top of the World alpine trail, as well as the Ride Don’t Slide reroute, which combined both machine- and hand-work.

Last summer Shawn B showed us around during the initial stages of a Phase 1 trail build at Whistler’s Creekside. At the time, GLI had 3 full-time personnel and 5 contractors dedicated to the 2017 Whistler build season.

Trail build projects like this one can get complicated due to weather. Mountain environments are always tricky, and in June of 2017 late snowfall in the high alpine slowed progress. Such is the glamorous life of the trailbuilder, but Gravity Logic soldiers on.

Since 2017, GLI has completed multiple trails, including Delayed Fuse and Earth Circus, and this summer they continue to finish up trails like Midgard. Gravity Logic designed all of the new Creekside trails, though Joyride and the WMBP crew are executing portions of the build and putting their own unique stamp on the trails.

Most of the following photos were taken in the summer and fall of 2017.

Have you ridden a Gravity Logic trail? Which one is your favorite?