Getting to experience a mountain bike destination during the early stages of its development is a rare treat. Such an experience is even more rare in the state of Colorado, a mountain bike mecca in every sense of the word. With world-class destinations around every corner, including household names like Crested Butte, Fruita, Breckenridge, Durango, and oh-so-many more, stumbling upon a new MTB destination in this state is a rarity.

But that’s exactly what I found: Del Norte is an excellent mountain bike destination on the rise that, despite its under-the-radar status, already boasts better mountain bike trails than many locations in this great nation can ever aspire to offer. 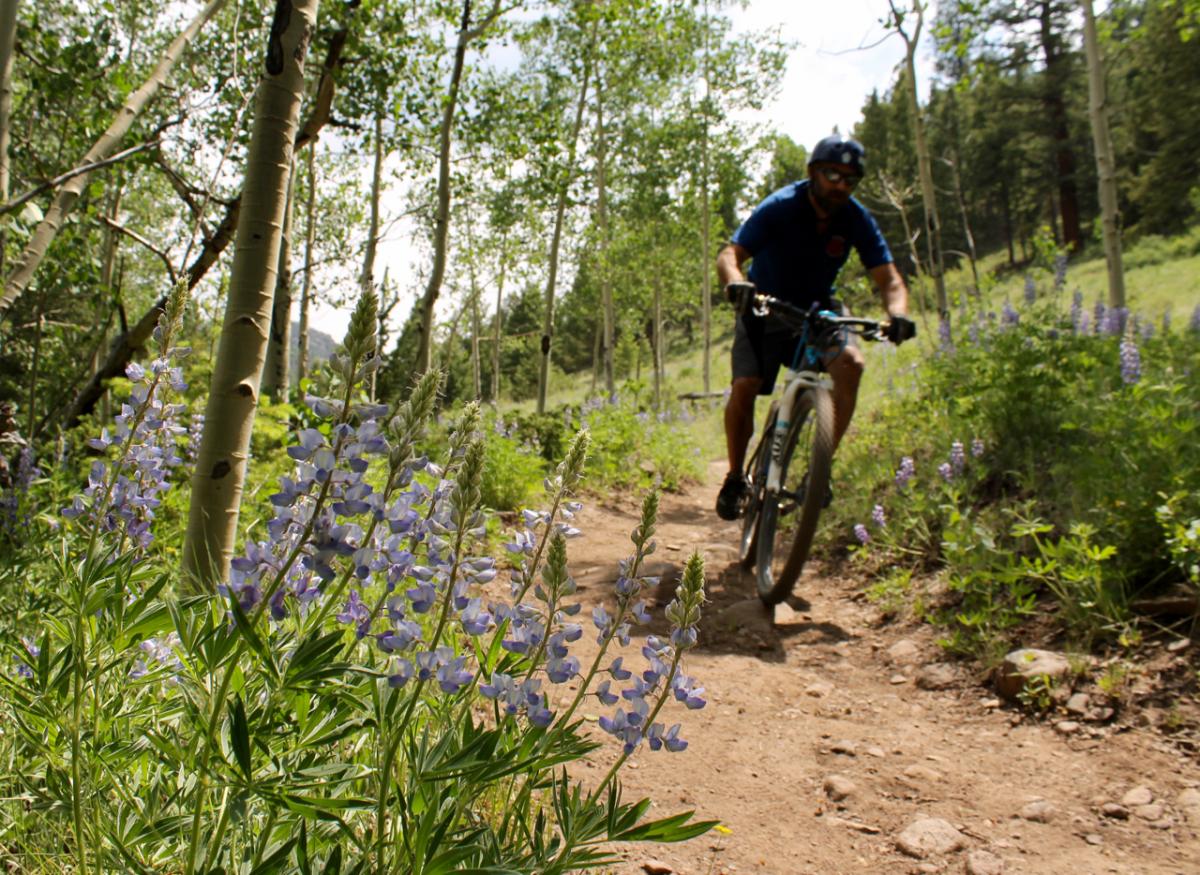 Del Norte is home to 1,655 people. Even though I hail from a farming hick town in Wisconsin, Del Norte still seems small. Granted, there are other towns nearby, such as Monte Vista (pop. 4,387) a few minutes away and Alamosa (pop. 16,253) about 40 minutes away. But these towns form the bulk of the population in the San Luis Valley, one of the most beautifully-desolate places I’ve ever seen.

Bordered on all sides by mountains, this 8,000-square-mile valley is just a touch smaller than the state of Massachusetts and is larger than the states of Rhode Island (1,213 square miles), Delaware (2,026 square miles), Connecticut (5,006 square miles), Hawaii (6,459 square miles), and New Jersey (7,790 square miles). Much of the valley is covered in irrigated farm land and the portions that aren’t irrigated take on the natural desert disposition caused by the rain shadow from the Continental Divide. As a result of this desert climate, parts of the valley are prone to extremes: blistering-hot temperatures during the summer and bitterly-cold temperatures during the winter. 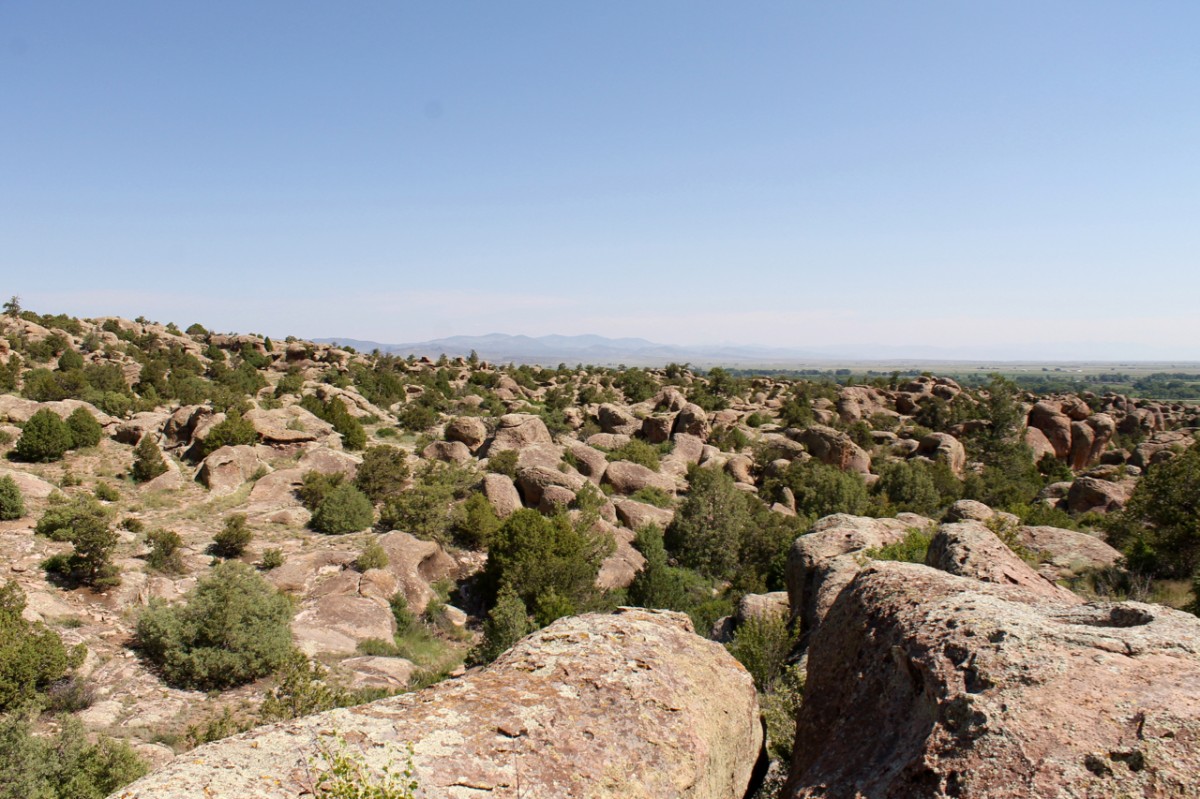 But in such a large valley, there are massive variations. And Del Norte sits in the sweet spot.

Del Norte is located on the Western side of the valley, tucked up close to the San Juan mountains and the La Garitas, a range of low, dry mountains. Thanks to this unique position, Del Norte offers a wide variety of mountain biking opportunities within just a few minutes from town: everything from high alpine above-treeline riding down to low desert that’s so hot and dry that trees don’t even want to grow there.

The trails and riding opportunities around Del Norte and in the San Luis valley as a whole are being intentionally developed with mountain bike tourism in mind. The Bureau of Land Management (BLM) along with the Volunteers for Outdoor Colorado (VOC) are leading the charge by developing and signing purpose-built trail systems in the valley and the La Garitas. 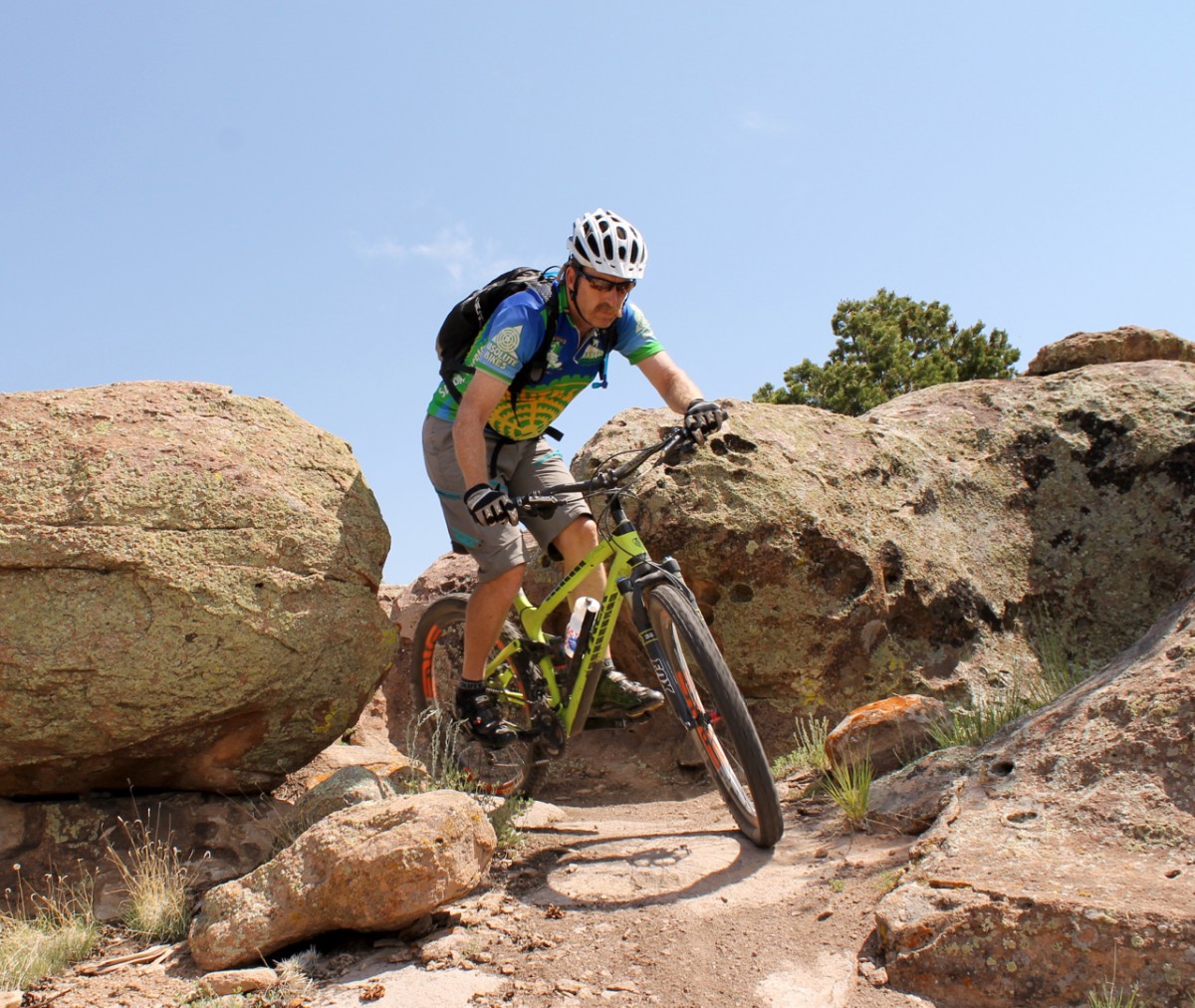 Currently many of the trail systems are still in the throws of development. While there’s already great riding on tap in many places, the proposed trails and in-progress projects really make the singletrack riding prospects in Del Norte exciting! Where there might be currently 2-3 different sections of trail loops in one region right outside of town, for example, plans in the works to connect the different trail systems together with additional singletrack to form a meta-network are ambitious and exciting!

Del Norte is taking many of its development cues from Salida, located about about an hour and a half north on Highway 285, by following their transition from an agricultural town to a recreation town. While farming and ranching are still big business in the San Luis valley, the area in general is very economically depressed. Hot spots like Del Norte are finally turning to tourism for financial salvation, like so many other Colorado mountain towns. With new events like the 12 Hours of Penitence coming to the area this fall, Del Norte is primed for an influx of MTB dollars. 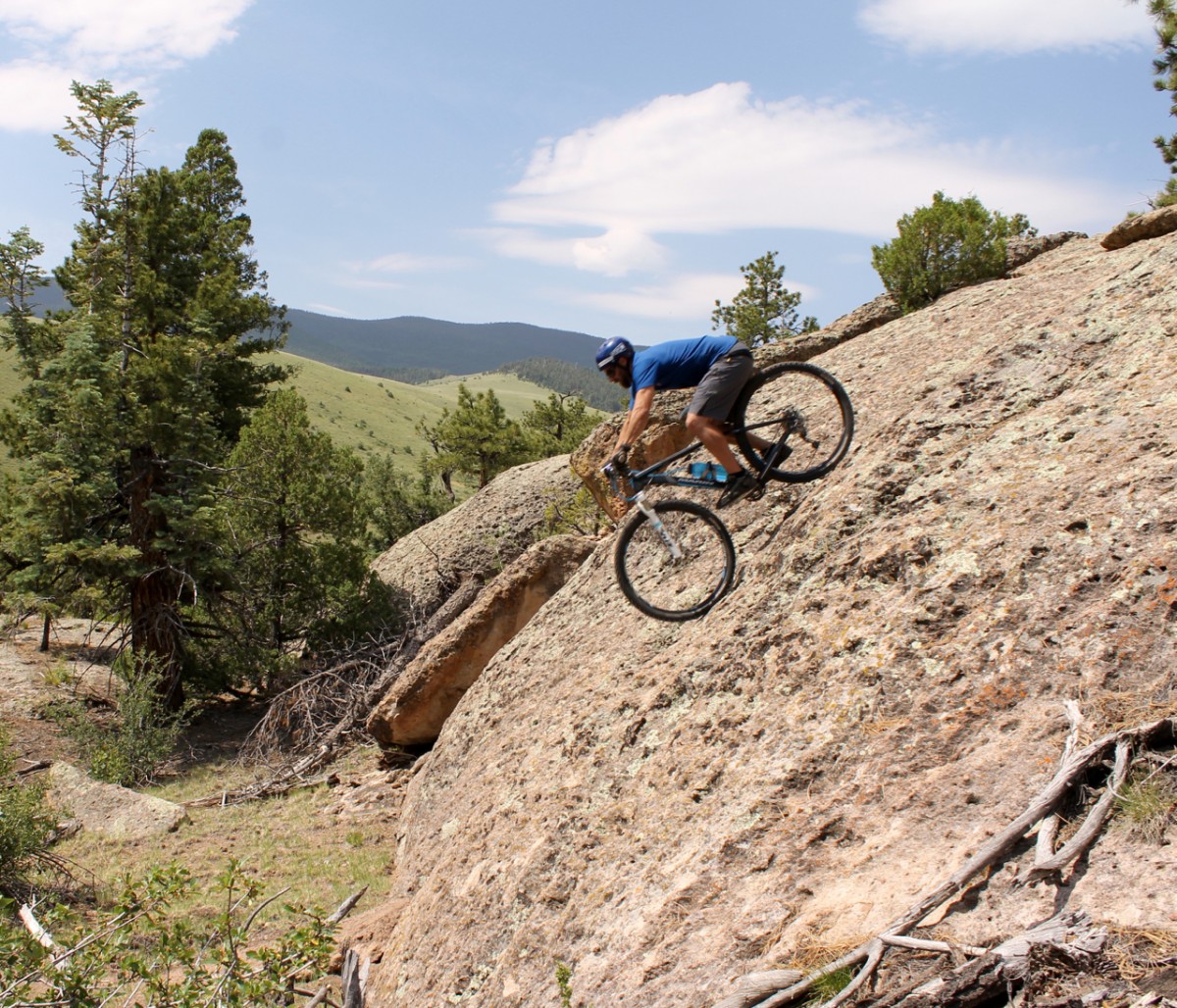 While building a successful tourism economy is the end goal, it’s going to take decades before Del Norte turns into the next Breckenridge (and hopefully it never will). While the riding is already superb, bumping into another rider on a trail in Del Norte is a rare occurrence, and definitely occasions a pause in your ride for conversation.

In the past I would always breeze through Del Norte on my way to someplace else: Wolf Creek Ski Resort, Durango, Arizona, etc. However, taking the time to pause and take in the town revealed that while it’s quite tiny, there’s a lot to offer both in the way of riding, and in (not-so) basic amenities.

My favorite spot for a meal and a beer is most definitely Three Barrel Brewing, right on the highway in downtown Del Norte. Three Barrel offers a fantastic beer selection with their own take on standard beer varieties, as well as a lengthy list of seasonal creations that rotate regularly. Not only that, they cook some of the best wood-fired pizza, calzones, and stromboli I’ve ever tasted. (The meat roll stromboli is heavenly!)

Bonus: for those of you who like to support mountain biking and local businesses, Three Barrel is owned by 6-year Del Norte local Will Kreutzer, who is also a formidable shredder. Will was one of the guides who helped show us around the local trails.

If you’re looking for indoor lodging, look no further than the Historic Windsor Hotel in downtown, conveniently located one block away from Three Barrel. While the building might not look like much when you whiz past on the highway, the moment I walked through the door I was astounded by how beautiful the interior was. This rennovated historic hotel offers all the comforts of a modern establishment but with the beauty and class that can only come from the history of the place. Not only that, the rates for the basic rooms are quite reasonable.

If you don’t want to walk the 75 or so steps down to Three Barrel Brewing, be sure to investigate the Windsor’s own restaurant. While you’ll pay a couple bucks more to eat in the hotel, the varied menu is creative and taste bud-enhancingly delicious.

For more on Del Norte, keep on reading in my Del Norte mini-series with my list of “5 Must-Ride Trails in Del Norte, Colorado.”