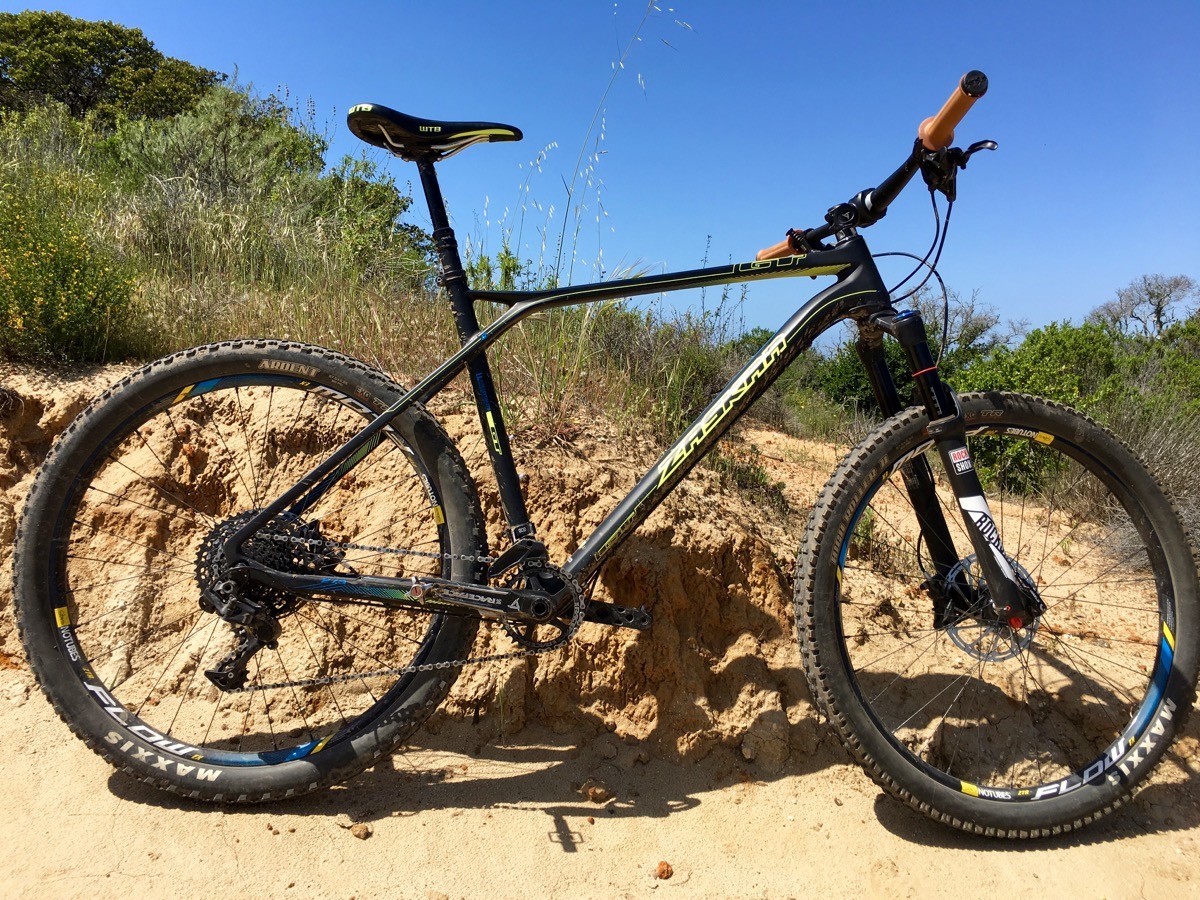 GT is celebrating the 25th anniversary of the Zaskar this year, and for 2016 they introduced several carbon models of the venerable hardtail. I tested the tippy top of the Zaskar line, the Carbon Ltd. edition, on a group ride with none other than Hans Rey and some of his closest friends at Sea Otter last week. Here’s what I learned.

The Zaskar is the only mountain bike to have notched World Cup wins in XC, DH, Slalom, and Trials. By today’s standards the Zaskar is a solidly XC bike (it is, after all, a hardtail) but in the early 1990s, bikes like the Zaskar were fairly common across all mountain bike disciplines. Needless to say, it’s unlikely we’ll ever see another mountain bike with such a diverse group of wins. And unlike the model name repurposing we’re seeing from brands lately, the Zaskar has been continuously available while staying true to its roots as a racing hardtail. 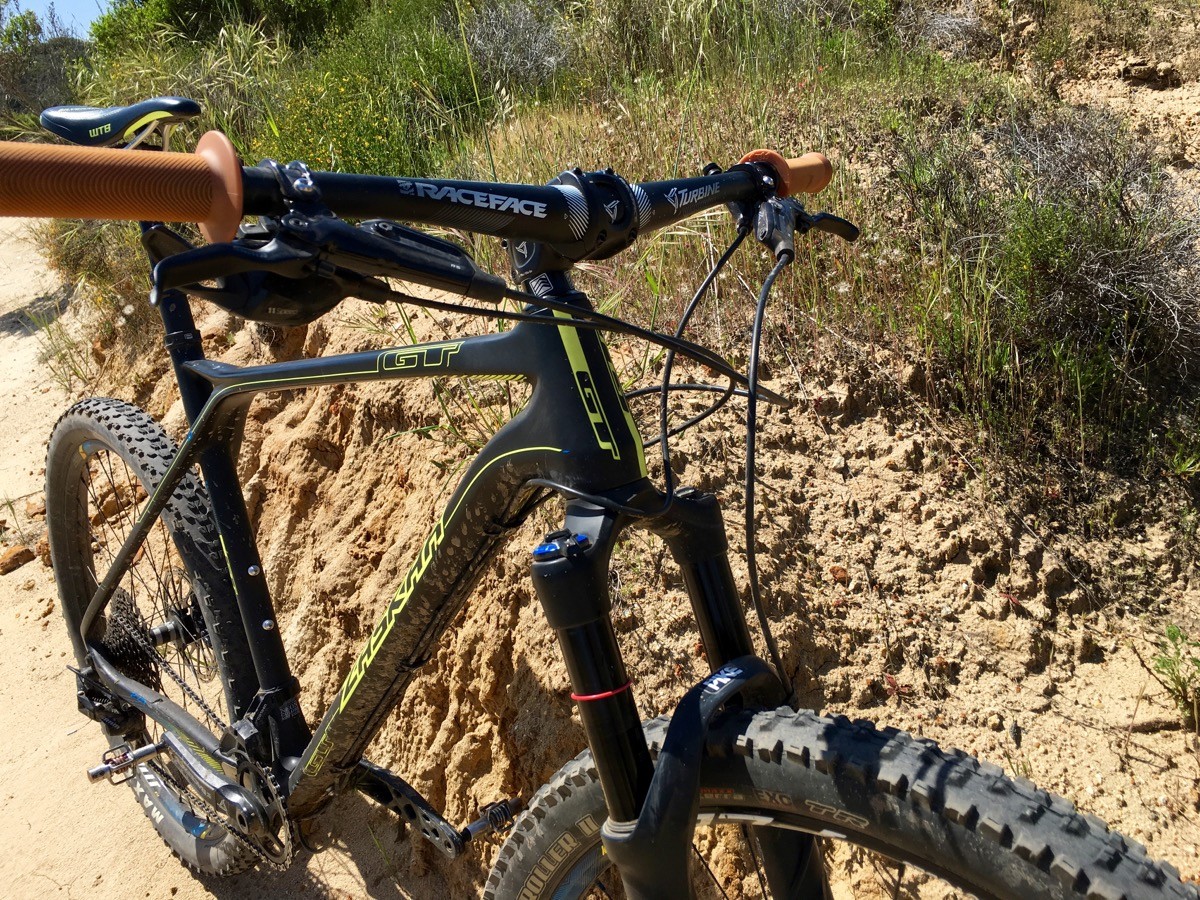 The Zaskar Carbon Ltd. edition I got to test is really the cream of the crop with a full carbon frame, a RockShox Pike 120mm fork up front, SRAM X1 1×11 drivetrain, a Reverb Stealth dropper post, and Guide brakes. The frame sports an efficient 69.5° head tube angle and rolls on 27.5″ wheels. I find it interesting that the 2016 Zaskars are all 27.5 bikes; just last year the Zaskar was a 29er which IMO is a better fit for an XC bike like this. But hey, we’re all moving toward a post-wheelsize world where these things don’t (and shouldn’t) matter anyway.

I signed up to take part in a group ride celebrating GT’s 30-year relationship with Hans Rey, the famous MTB trials and freeriding pioneer, and when I showed up everyone there seemed to have known Hans and his wife Carmen for years. I’ve personally spoken with Hans maybe once before and we’ve traded emails a couple times, but it still felt like I was crashing his party at first. Thankfully everyone was super friendly from the start, and I was honored to have been able to tag along, on the 25th anniversary Zaskar Carbon Ltd., no less! 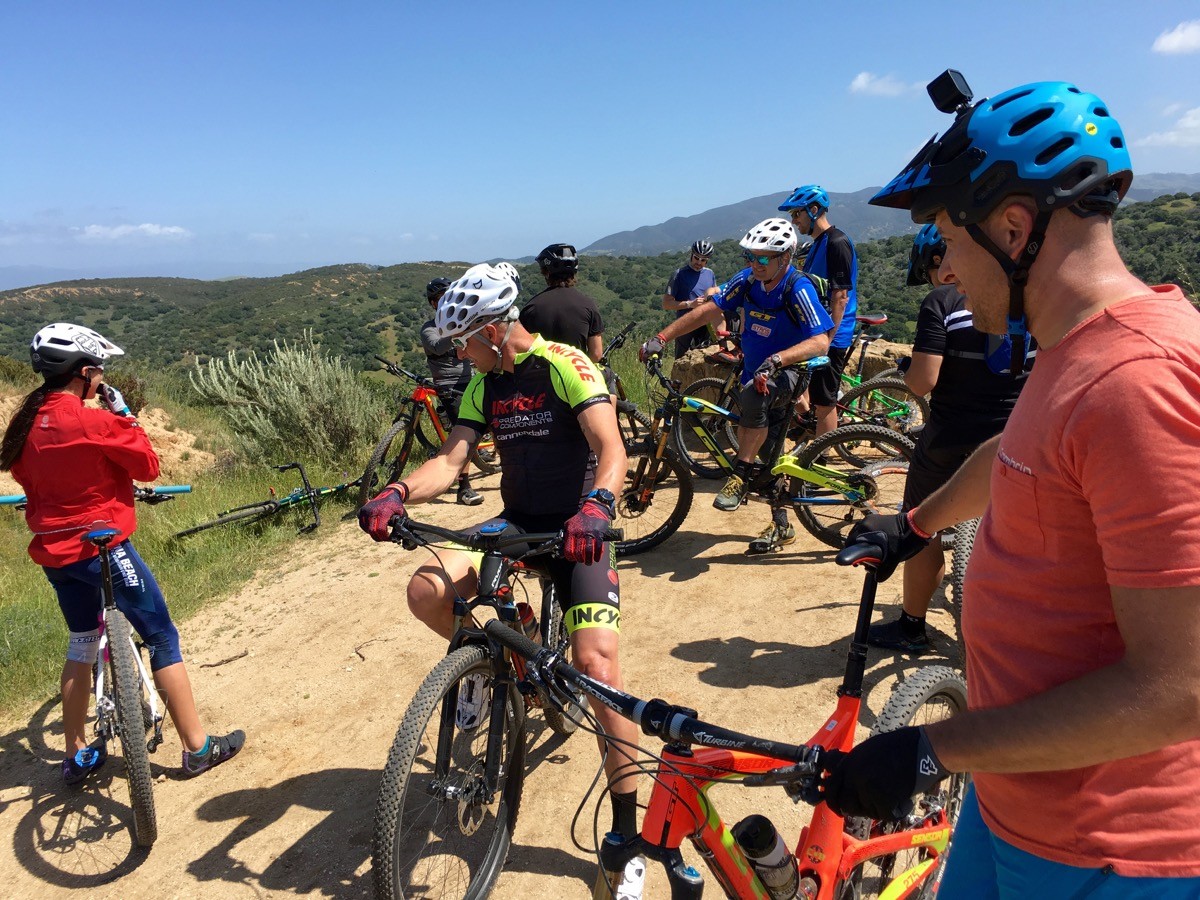 If you’ve been reading my test ride reviews this week you’ve grown accustomed to my disclaimer about the trails at Fort Ord offering little in the way of technical challenges. Well for this bike, I have no disclaimer–Fort Ord was the perfect place to put the Zaskar through its paces! In fact someone in the group mentioned that I probably picked the best bike for the ride out of everyone, and I couldn’t agree more. In fact, GT even shot photos and videos for much of the Zaskar 25th anniversary marketing materials at Fort Ord.

The Zaskar Carbon Ltd. is super lightweight as you would expect, so it’s a demon on the climbs. Standing up in the saddle on the climbs feels great, like the bike could climb walls (if only I could ride like Hans).

On the descents, the Zaskar tracks the trail like a heat-seeking missile thanks to the Pike up front. Not only that, since the bike is so lightweight and stiff, it’s snappy in the turns and easy to loft and flow over chunky sections in the trail. To be perfectly honest I avoid most carbon hardtails because they tend to ride really harshly, but I didn’t experience that on my Zaskar Carbon Ltd. test ride (though perhaps that’s just further evidence of how buff the trails at Fort Ord really are).

At one point during my test ride I found myself following directly behind Hans on a particularly twisting descent through mossy oak trees and 270° turns. I really wanted to stay on his wheel just to get a glimpse at his technique, and somehow, miraculously, I did just that for the better part of four or five turns. Clearly Hans was going easy on the group–this was a social ride, after all–but I have to give props to the Zaskar for allowing me to push as hard as I did through the tight turns.

The Zaskar Carbon Ltd. is one hell of a mountain bike and is truly a fitting tribute to the winning heritage of the model through the years. Pick one up for $4,999 before they’re gone–there’s a reason they call these bikes “limited.”