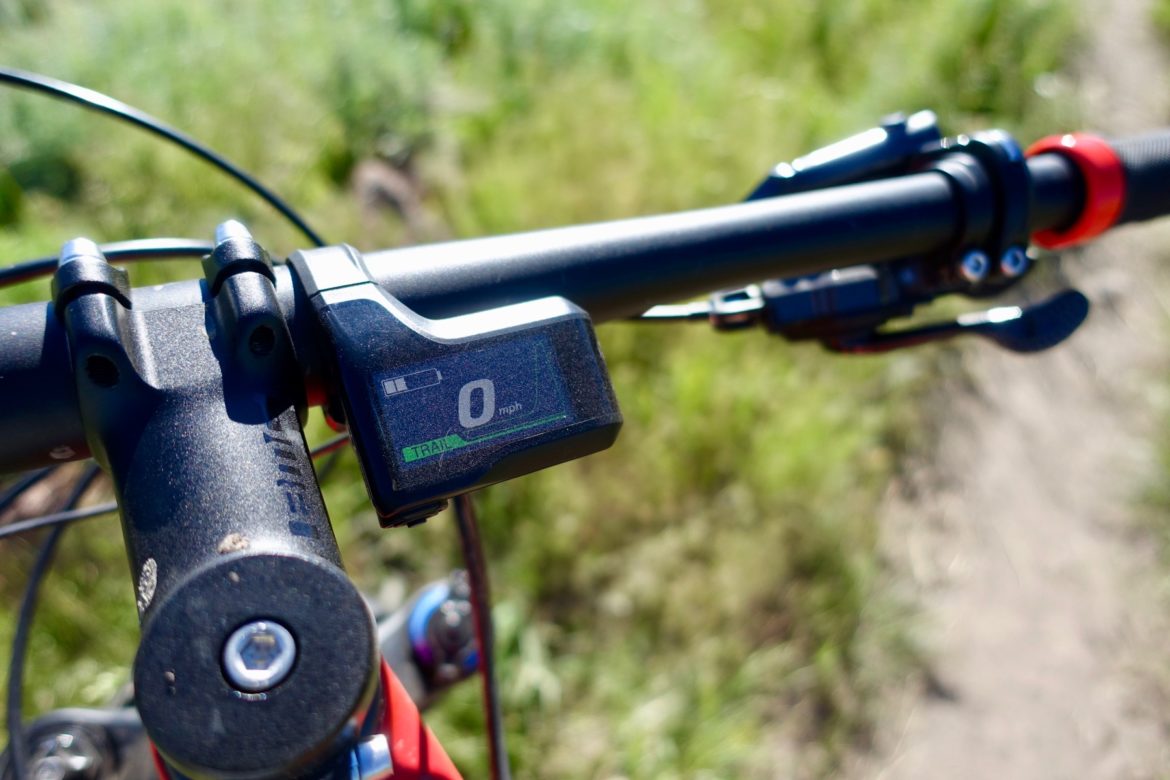 Secretary of the Interior David Bernhardt signed an order on Thursday, Aug. 29 which will allow access of electric bikes on BLM land and in National Parks. This would effectively allow e-bikes onto any federal trail where non-motorized bicycles can ride.

“Reducing the physical demand to operate a bicycle has expanded access to recreational opportunities,” Bernhardt wrote in the order. It continues, “E-bikes shall be allowed where other types of bicycles are allowed.”

The demand for electric bikes has increased, and sales have been booming across the nation. Sales have increased by 72% to $144M last year, according to the NPD Group, which keeps track of bicycle rules.

It appears that the decision has been made across all three e-bike classifications as well, as the order is said to include e-bikes that can assist up to 28MPH, which would include Class-3 electric bikes.

Last month, a collection of outdoor advocacy groups including mountain bike and hiking groups alike wrote into the US Forest Service and National Park Service opposing the allowance of e-bikes in national parks, largely referencing the Wilderness Act.

With the new order, there will still be a period of public comment and the rule can be altered. According to the AP, the Department of the Interior is still preparing a detailed statement which should provide more clarification.

Many mountain bike trails, including popular trails in Moab like Porcupine Rim, are located on BLM-managed land and would be affected by the rule change.

We will provide updates as more information becomes available.

Trails
The Envy of the PNW: the Organization and Woman Behind...
Trails
The Top 10 Places We'd Love to Mountain Bike... If...
Trails
Crested Butte Strives to Become a Fat Bike Mecca with...
Trails
Updated: Legislation Aiming to Sell 3.3 Million Acres of BLM...

Queue all the hate mail…

Hey Matt, any word on National Forest land outside of national parks?

Hey Greg, sounds like it will stay the same for USFS as they fall under the Dept. of Agriculture. But seeing as Tahoe Natl Forest opened up their land to class 1, it seems like it could fall in the hands of the individual district.

I may be mistaken, but this appears to include throttle-assist bikes.

Pedal assist is one thing (I still don’t like em much). But throttle up to 28mph? Sad day.

The original order allows each land area to pick which classes they want to allow. The NPS already picked Class-1 only.

But 28mph limit would not be a sad day because there is a 1 HP limit, so speed is limited by drag. I tested a Turbo Levo that was unrestricted and could not go over 23 mph.

By comparison, a 50cc moped has closer to 3 HP, which is about what it would take to make a 28 mph bike.

class 3 bikes that are capable of 28mph don’t have throttles. the class 2 bikes have throttles, but throttles on 750w bikes are not much of a threat to peace.

Not a sad day. How many guys rip down the trail as fast as they can on the downhill and scream at hikers to “Get Out of The Way” far exceeding 28mph and having no trail etiquette? I don’t think you’ll ever see a guy riding like that down a hill on something like a throttle assist trials bike…

I appreciate the info. Still skeptical. 23 mph instead of 28 mph I guess that’s approximately 20% less sad.

Big win for older folks and people who have disabilities and injuries who may not otherwise be able to get on a bike.

I would like to see infirm people to be able to get out and enjoy wilderness areas they wouldn’t be able to otherwise. However, I would absolutely *hate* it if I were working very hard and suffering red-faced to climb a hill on my single speed MTB at about 2-3 mph and then have someone come up behind me at 15 mph and then either be stuck behind me the whole way up, or try and squeeze past me… especially if there is a greater chance of making me crash. If I crash, I want it to be solely my fault.

And I’m also wondering about how the bikes will be regarded by people riding them. Will they be ridden like bicycles, or more like motorcycles? The spirit of it matters, and would affect how they’re ridden. Would this also put a lot of people on the trails with little or no previous experience? Not that this is a problem because we all have to start somewhere, but most people who are beginners can’t fly down the trail at 20 mph. It could introduce an element of risk to both the e-bike riders as well as others out there on the trails. I could easily imagine a few e-bike riders who would be having to make emergency visits to the dentist to replace their teeth.

And I’m not sure what it is, but I also feel some… disdain (?) for those who aren’t infirm and could improve their conditioning by hiking and riding traditional bikes, but choose an e-bike because it’s easy. Maybe it’s me being snobby, or conservative about it? And maybe I shouldn’t feel this way and be more open minded, especially if people being “lazy” ultimately doesn’t affect what I do. Why should I care if people are lazy if I’m not force to do anything different? But even still, the idea bothers me. I do feel like it does somewhat violate the principal of trails that are closed to motorized vehicles, because despite their new classification, and no matter however unoffensive they might be compared to internal combustion engined motorcycles, they are still by definition motorized vehicles because they *do* in fact have a motor. I was trying to think of the hiking analog, maybe if they had come out with motorized robot legs that would enable you to hike up very steep hills with little or no effort at jogging or running speeds. I wonder how we’d all feel about it if those were suddenly allowed on hiking trails. It just seems like it’s cheapening the experience. I’m not sure how to feel about it yet.

Good thoughts. Here are some things that come to mind after reading your post. On climbs, if the trail is wide enough, there are always people who are stronger and can pass me. On descents, there is no reason for any rider to go faster than their skills allow. I have seen MTB riders descend at speeds in excess of 20 mph and crash, including a rider who had to be evacuated by helicopter. I saw an experienced rider crash on a simple trail and break his kneecap. It’s totally cool to think of eMTB riders as lazy. I think of downhill riders as lazy if they do not ride their bike to the top. In fact, all MTB riders are lazy, because they could access the same terrain and much more if they hiked and climbed. But that’s not what riding is about. It’s about fun and challenge and going fast. As for hikers, well, this isn’t a great analogy, but real hikers don’t need boots. I slogged up the Grand Teton with a guide who was wearing Tevas all the way up to our high camp.

USFS/Dept of ag is under dept of Interior is my understanding- so this applies to USFS managed lands I presume.

The US Forest Service is in the Department of Agriculture.

I never thought this would happen in my lifetime, but I’m glad that it has. I predict that this will not be disastrous.

Thanks for the article Matt. Can you link the letter your reference from the outdoor advocacy groups about ebikes on Forest Service land?

I’m curious as to why they were using the Wilderness Act to make a point about ebikes. Bikes in Wilderness and ebikes in National Forests are 2 very different issues. Or an I missing something?

I don’t expect the environmental lobby to take this lying down, though. You can expect to see lawsuits brought in federal court districts that are friendly to their cause. You can also injunctions issued that prevent Interior from moving forward on this.

I don’t think that the Forest Service will follow suit necessarily. Individual National Forests have a ton of autonomy. If a Forest is recreation-centric like the Bridger-Teton, White River, or Coconino then it’s more likely that ebikes will be allowed. But a Forest like the Shoshone that is 80% Designated Wilderness or the Black Hills NF where the emphasis is not on recreation but rather timber production it’s much less likely to see ebikes.

Unless eBike riders are disposing of batteries on the trail; what impact are eBikes making that a pedal powered mountain bike isn’t? Erosion impact has been one of their key focus areas and when they win, it usually kicks everyone off the trail other than hikers. The sad thing is hikers don’t organize trail work parties to maintain trails and more often than not trails fall into disrepair and erosion issues are far worse than when the trail was used by bikes (any) and equestrians…

Its ok to allow class 1 ebikes on the trails but not class 2 or 3. Just remember ebikes will never take over the trails because they are very expensive and heavy so will only cater to a small demographic. Specialized ebikes range from around 5K up to over 12K. They are over 50 lbs- not something easy to lug around.

I’m in my mid-50’s and have been mountain biking for 30 years. I’m pumped about this decision, as it’s getting harder to climb long steep hills without dismounting. My downhill speed won’t change a bit – it’s merely to climb like I did in my 20s. I don’t think this decision will radically change the experience.

I long for the day where no one will care whether you are riding ped assist or not.

I’ve been a mountain bike enthusiast for over 10 years. I recently purchased a Class 1 mountain bike because of physical limitations after healing from being hit from behind and run over on my motorcycle. I am more than willing to assist in maintaining the local Washington state single track trails that I ride. I also believe that I’m a courteous rider and enjoy sharing the trails with other mountain bikers. I of course favor the recent DOI order 3376 and British Columbia’s BC Parks (https://www.cbc.ca/news/canada/british-columbia/bc-parks-ebike-policy-1.5262734) and Recreation Sites and Trails (https://www2.gov.bc.ca/assets/gov/sports-recreation-arts-and-culture/outdoor-recreation/camping-and-hiking/rec-sites-and-trails/ebike_policy_final_04-25-2019.pdf) policies that allow Class 1 ebikes on single track trails. I’m hoping that the recently passed Washington state ebike legislation gets revioked or modified to allow at least Class 1 ebikes on natural surface trails.

Any updates from BLM? Deadline was 9/30.

As of right now, we haven’t heard anything new, but will check into it. Thanks!

Joemats, Evergreen MTB officially opened North Mountain in Darrington a few weeks back and it has “Class 1 ebikes allowed” signs posted on a the trails. It’s some pretty good natural tech single track. I’m guessing it’s Evergreen Using a new trail system to test how allowing emtb’s is accepted by the MTB community at large without having to overcome the territorial “how dare you ride your emtb on my trails”. If time passes without armed conflict on those trails hopefully they will start opening up other trails. I also noticed that grand ridge in Issaquah shows up on Trailforks as allowing ebikes but I haven’t been their to see the signs.
North Mountain on Trailforks
http://www.trailforks.com/region/north-mountain-12300