Are you a victim of shaky action camera footage?  Ya, me too.  I can’t even begin to count the hours of footage I have recorded that has been ruined because it is simply too shaky to watch.  Maybe you have seen the ultra smooth riding of Nate Hills or Alex, the Singletrack Sampler, and wondered how they get such clean smooth footage compared to the blur of shaky trails you get.  The answer is a wearable gimbal.  A gimbal is a machine, or mount, that holds a camera and keeps it steady using motors.

The Feiyu Tech WG 3-axis gimbal is a gimbal that is specifically designed to be worn on your body (on a chest mount, helmet, or basically anywhere).  Using the T-mount included in the box you can mount the WG anywhere you can mount a GoPro.  The WG weighs in at 188g which is not terribly heavy, but it can be a bit cumbersome if mounted on your head for long periods of time.  My personal favorite is the “chesty” mount, as it is stable and provides a great perspective to the ride.  The helmet mount provides the smoothest footage but you can’t see much, if any, of the bike.  Mounting the gimbal on the bike can provide some very cool footage but if the trail is too rough, the gimbal might not be able to keep up.

This unit comes with everything you need including batteries, charger and cables, a couple mounts, and additional hardware to be used with GoPros.  The GoPro is not included nor is a charging connector, although a generic cell phone USB charger works fine.

The quality of this unit is quite good.  It is not made of cheap plastic and feels really solid, but you do need to be careful with the WG–I have seen these break.  Tossing it in a pack wrong and catching a motor or face planting on this unit could (and probably will) break it.

It is not waterproof, but I have ridden in wet condition and it is still working. (I don’t advise this!)

The Feiyu Tech WG works extremely well and I am very impressed with the footage I am able to capture using it.  I’m so impressed with it that I would go as far as to say that GoProing without it is almost useless.  You can get some fairly smooth footage using a helmet mount but it doesn’t look nearly as good as the gimbal-mounted footage.  In fact, it looks so great that I would honestly take an older GoPro model (3 or 4) and a gimbal over a new GoPro 5 without a gimbal. That is about the only downside to the WG: there is no adapter to allow use with a GoPro 5, only 3rd and 4th generation GoPros.

The WG was initially priced at $220 but you can usually find deals for $180-$200.  At that price I think the Feiyu Tech WG is a must have if you plan film any of your rides. 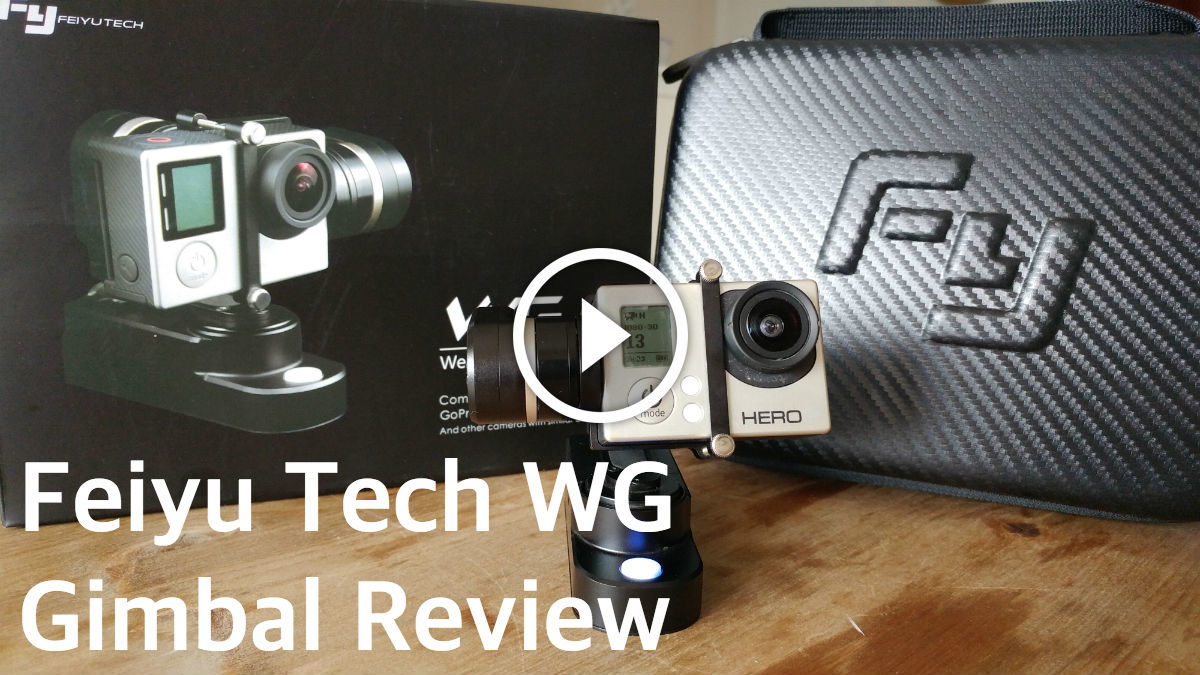 Thanks for the Share. I have been looking for a decent gimbals that weren’t $600. But of course it had to work. From your comments and the replies it looks like this one does. I will check it out.

Jerry Hazard, thanks for the heads up on B & H.

I have one of these and concur, works great. Even very hard landings that caused my chest mount to bounce like crazy didn’t cause the footage to get dizzying. It was perfect for adding in POV footage for episodes of Trail TV.

Sadly, mine took to spinning wildly after four or five uses. Feiyu Tech was very nice and offered to fix it for free. Their customer service folks are quick to respond and help out. However, just be warned: you must send it back to China to get it fixed. That means shipping costs based on what I found of between $50 and $80 and being without it for up to two months. Some folks have reported much faster turnaround; however, a great many others have had longer waits.