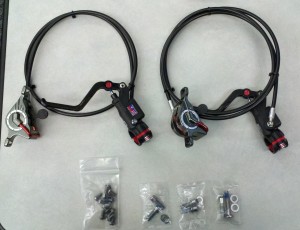 A mystery box arrived on my desk last week, the contents of which attracted loads of interest around here: Ashima composite body hydraulic disc brakes. The 180mm front and 160mm rear setup looks super trick with red anodized highlights at the lever and caliper. But the real attention getter is the composite body. That’s right: these babies are light. Weight for front caliper/hose/lever is 197g, rear is 213g (zip ties included). By comparison Bike Rumor’s first look at the 2011 Shimano XTR Race version came in at 215g front 229g rear. 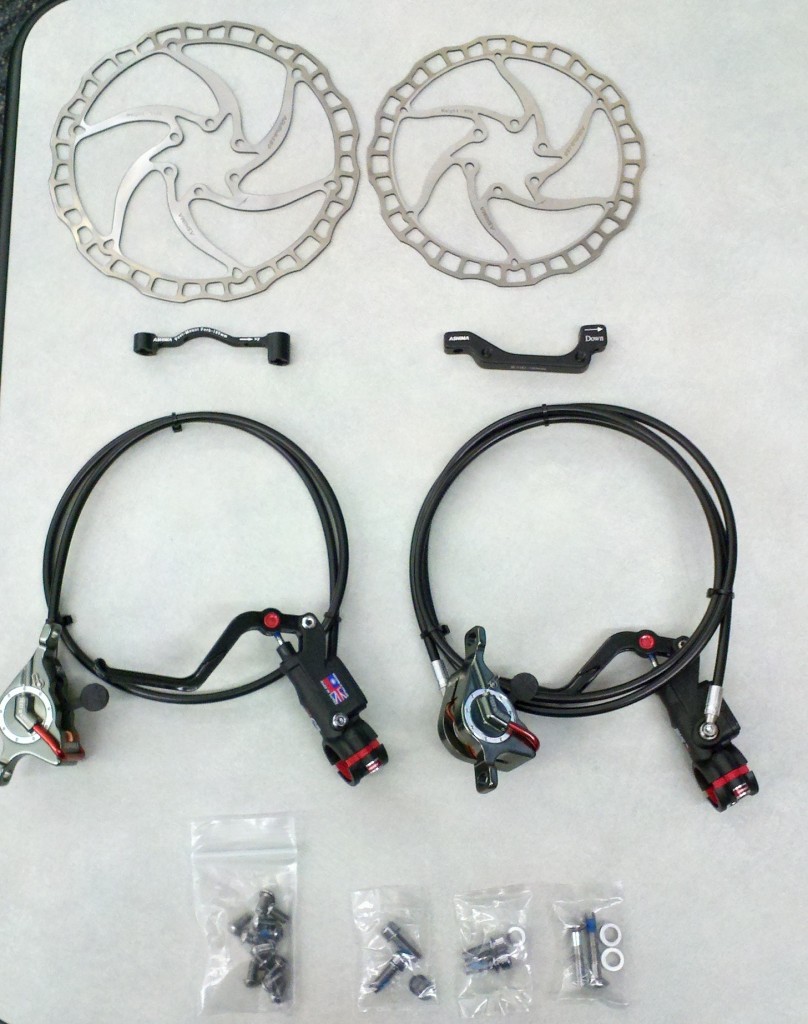 I won’t go into too much more detail, as I plan to throw up another post as soon as these brakes are mounted on my new ride. Yep, it’s also new bike day! It will be my first foray into the world of singlespeed 29ers and my second new bike in less than a month. The first was the steel cyclocross bike I mentioned in my January post about off-season training. It’s a spree, and I couldn’t be happier.

I’ve been waiting to see a review on these for a long time. Was thinking about using them on my new 29er, but couldn’t find enough solid info on them. Maybe I’ll put them on a SS HT 29er though, depending on the results of your review.

Interested in hearing more about these for sure. Magura just came out with an all composite master cylinder brake, similar manufacturing technology I’m guessing. Very cool stuff.

Will be watching this, I am always interested in new braking systems…

[…] are second to none, but if my assignment is to do the research before writing a preview post like this one, I will inevitably drop the ball. So when I wrote up my first impressions on these brakes I left […]