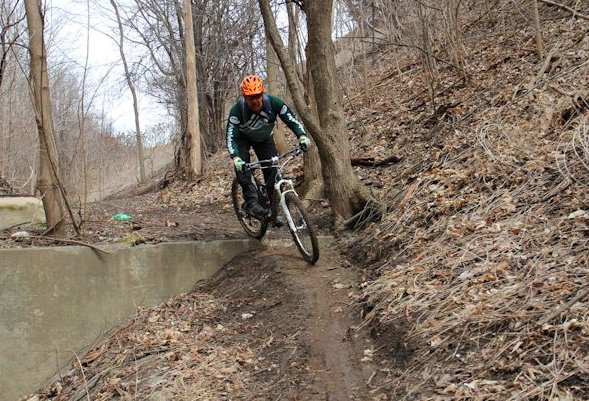 A short time ago I did a write up on the Rockshox Revelation suspension fork. Well, Rockshox has the back of your bike covered just as well with the Monarch RT3 which could very well be your next go-to rear shock. Read on to find out why…

The Monarch RT3 comes in a variety of lengths, from 152mm x 31mm all the way up to 222mm x 66mm. Rockshox offers three tuning options (low, mid, and high) so you can best match the level of dampening to the leverage ratio of your ride (typically the higher the ratio the higher the tune). On longer versions, you can even order a large volume air spring chamber to change the behavior of the air spring itself. This gives the rider the choice of a rising rate or a more linear spring rate.

The Monarch RT3 offers 3 adjustments. Starting with the Solo air, you can easily set the air spring pressure. Laser-etched gradients on the side of the low friction hard-anodized 28mm chassis make it is easy to set your sag. The beginning stroke rebound is the second adjustment which has been improved over the previous model Monarch shock. This allows you to manage the small hits on the trail while a factory-set end stroke rebound takes care of the bigger hits. The final control is the 3-step floodgate which allows you to control the compression force. 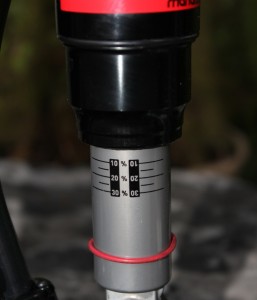 My Opus Clutch with 150mm of rear travel uses the 200x50mm Monarch and for a slightly plusher ride I went with the high volume option. The leverage ratio required the high tune for optimal performance and keeps the rebound dial and floodgate dead in the middle of their ranges of adjustment. This gives me the ability to tune from there.

Once the three-piece unit was installed (sold separately, and a piece of cake to install), it was just a matter of setting the shock to 20% sag (which is recommended by Opus). I put on all my gear (hydration pack with water, munchies, helmet, knee pads, first aid kit, tubes, etc) and jounced the bike around a whole bunch before setting the sag, compression, and rebound. After I was convinced the bike had been “relaxed” enough, I set the shock setting at 20% sag. For those following along at home, just make sure you’re level on your bike and not leaning either way too much. Even better, have someone hold the bike or at least have a hand-hold nearby to balance yourself.

As far as tuning the floodgate and rebound is concerned, I started dead in the middle and went for a few rides to get used to the shock. Afterward I turned the rebound two more clicks towards the “rabbit” side and found myself perfectly happy in the third setting of the floodgate. 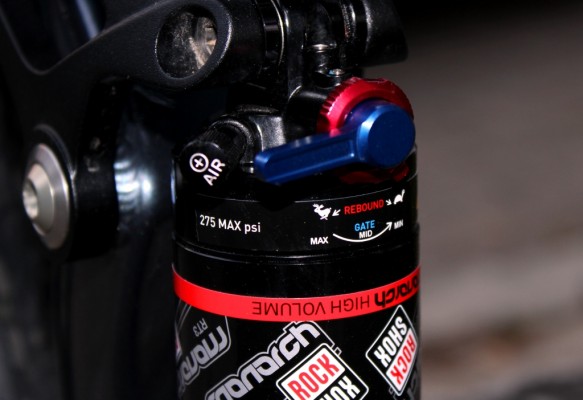 On the trail I really appreciated the simple set-up and ease of use of the Rockshox Monarch RT3. The gate lever is big enough that I can find it with gloves on without slowing down. The clickers are rather positive which meant I never found myself guessing if I made a change or not.

As far as performance on the trails and even hitting jumps, I can say that I didn’t manage to make the shock fade. Jumping and doing small 5-foot step downs I found the RT3 controlled the back wheel nicely. The settings I chose were perfect for the bike and did a great job at keeping the wheel on the trail without too harsh a ride. On rock gardens the RT3 did well and kept up with the terrain.

Of course as with any mountain bike shock, set-up is key here – adding too much rebound can quickly pack down your suspension. Now there are limits to the RT3 and I think I did encounter them when I tried to push it with some bigger stuff that’s out there, bottoming out once or twice on some not-so-smooth drops. At least I didn’t get a super harsh crash in the suspension (although I don’t think prolonged attempts at that will be a good thing for the shock or the bike). If you plan on getting a bit more daring you may want to consider the Monarch Plus. 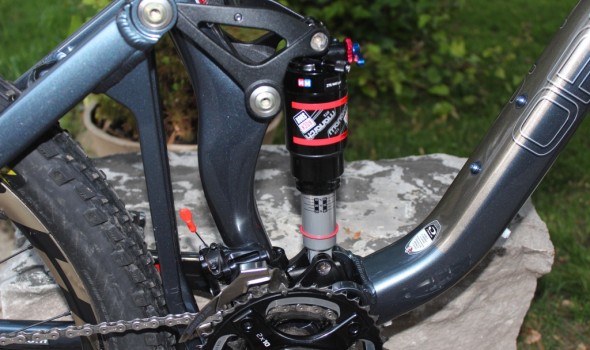 For about $255 MSRP you’re getting a good quality rear shock which will work great on your XC – Trail bike without totally depleting your bank account (just remember that price doesn’t include mounting hardware). Do you have one already? If so let us know how you feel about yours. Cheers!

A quick shout out to Tyler Morland for his insights into the ins and out of the Monarch RT3 and thanks to the folks at Rockshox for sending down the gear to test.

Good write up! A little random but how do you like your Easton Haven’s?

The Haven’s work great..Good match to any trail- AM bike.

Hi,
Quite impressed by your article. I am looking at a 152 X 31mm model and was quoted a price of 449$ which is quite remote from the 255 $ quoted in your article.
Could you tell me where I can order same for 255?
Thanks
Jacques

In the states your looking at an MSRP of 255…. So check out Universal Cycles for one…