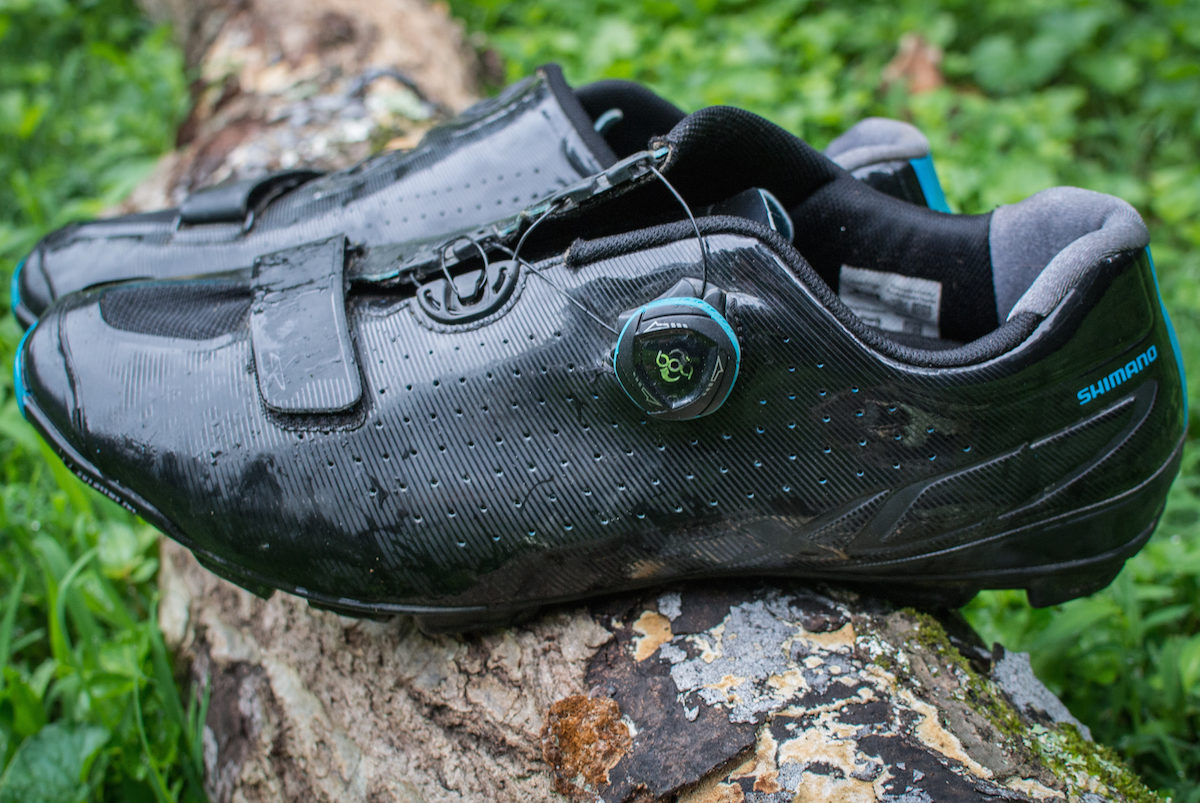 Shimano’s mountain bike shoes have long been a personal favorite since I was but a wee 24-year-old making the switch to clipless pedals from flats. Over the intervening 10+ years, I’ve worn through a dozen pairs of Shimano shoes.

There are three main factors that keep me coming back to Shimano’s shoes: a consistent fit, durability, and value. The size 46 fits my foot the same way, year after year; I typically get at least a year (~5,000 miles) out of a pair; and their performance/dollar ratio is impressive.

The latest pair of Shimanos to find their way to my feet are the new XC7 race shoes. Did they live up to my expectations and Shimano’s reputation? Read on to find out. 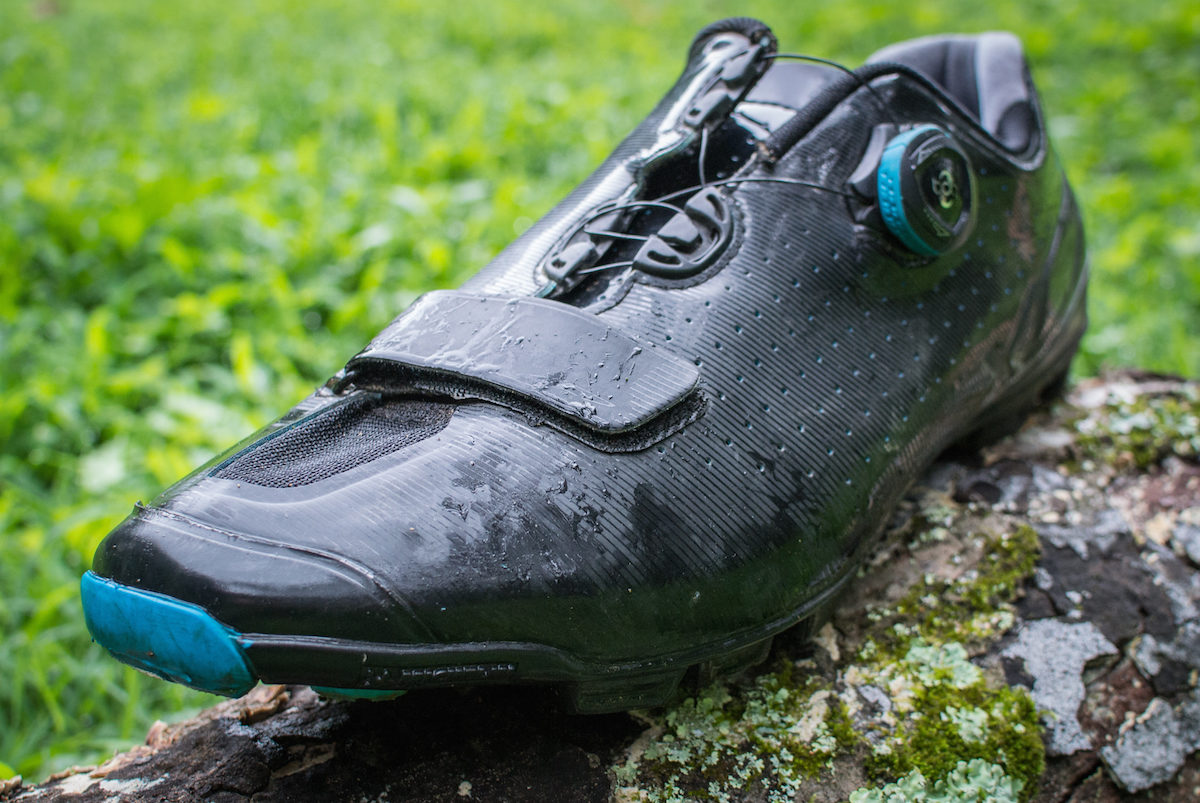 The XC7s are — unsurprisingly, given their name — aimed at privateer cross country racers with a stiff carbon sole, low weight, and a heavily-vented upper. Other highlights include the Boa IP1 dials and Michelin rubber used on the outsole. Shimano offers them in a glossy black and blue colorway (tested), or “out of my way” racer red. There’s plenty of room for cleat adjustment, even for those that like to run their cleats far back, like me.

They retail for $200, slotting them in between Shimano’s entry-level XC51 race shoes ($140), and the top-of-the-line XC9 shoes which will wring $400 from your wallet. To use Shimano’s component groups as an analog, the XC7s are essentially XT-level. With cleats installed, the shoes weighed in at 788g for the pair.

Setting the cleats up is a simple process for me — I match the position from my old shoes, wrap the cleat bolts with a little Teflon tape to prevent them from backing out, and tighten the shit out of ’em. With that, it was time to hit the trail.

The XC7s fit just like every other pair of Shimano shoes I’ve owned, that is to say, just right. There was adequate support at the arch and a little wiggle room in the toe box. Boa supplied their IP1 dials for retention, which are intuitive to use even for those without experience. Push the dial down to engage. Lefty loosey. Righty tighty. Pull the dial up for quick release. However, I do question Shimano’s choice to use a single Boa dial. In my experience, getting the fit perfect required lots of fiddling, especially as the ride progressed and the upper stretched. Also, the toe strap had next to no impact on the fit, at least for my feet. My suggestion? Ditch the toe strap and add a second Boa dial akin to the Catlike Whisper shoes I tested last summer.

Shimano intended the XC7s to be a race shoe, and in that capacity they deliver. Power transfer is efficient with the carbon sole. Shimano gives the sole a “9” on their stiffness scale; only their top race shoe, the XC9, is stiffer. After swapping out the stock insoles for a pair from Ergon, that feeling of efficiency improved further. The synthetic leather upper is supple, comfortable, breathes well, and dries fast.

As a trail shoe, I experienced slightly mixed results. First, the good. The Michelin rubber on the outsole is fantastic stuff. There are only a handful of lugs on the bottom of the shoe, but Shimano placed them well. The remainder of the sole, besides the cleat area, gets covered in the rubber as well. I was confident scrambling over wet rocks and logs thanks to the design. The carbon sole may be supremely stiff, but there’s enough flex in the midfoot to make them comfortable to walk in; at least, to an extent. 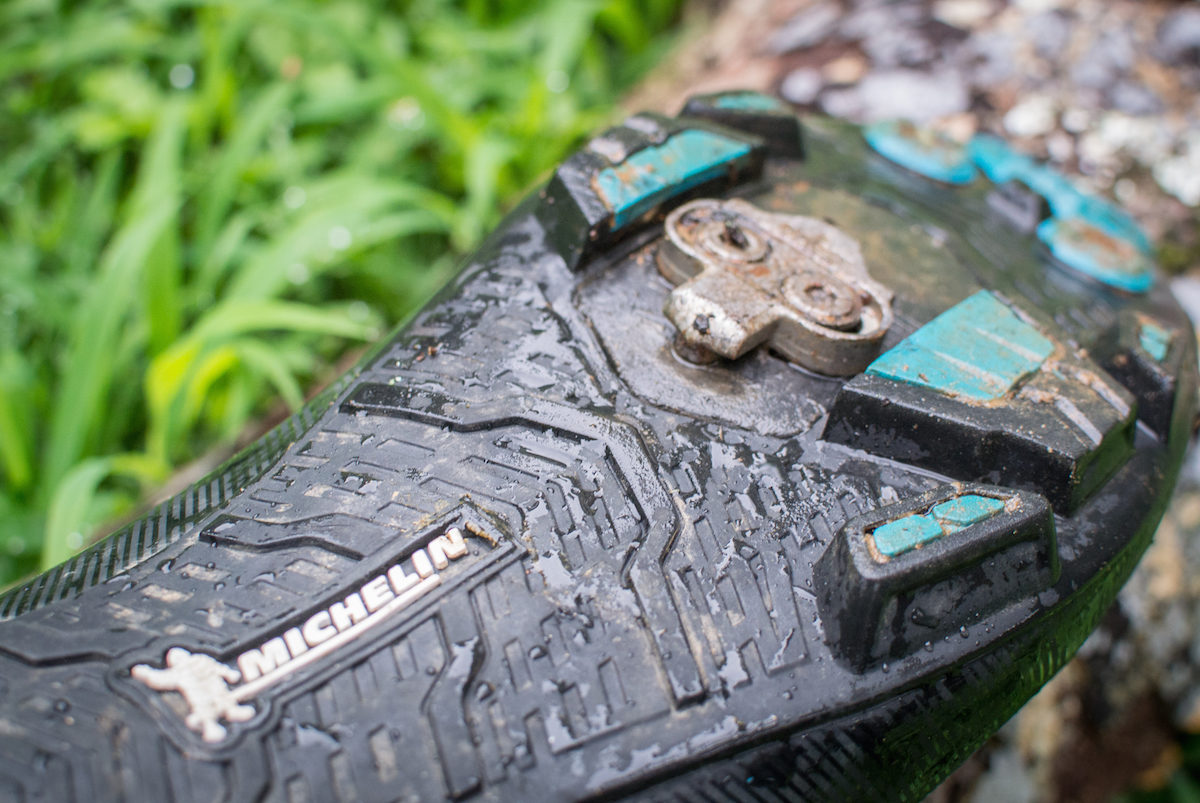 Where the XC7s struggled was during extended hike-a-bikes. In order to keep my heel from lifting with each step, I had to wrench the Boa dial down as tight as it would go. While this prevented heel lift, it quickly became uncomfortable. Again, I think a second Boa dial — like Shimano uses on their XC9 shoes — could solve this problem. Winding the top dial down would prevent heel lift, but leaving the lower dial looser would provide comfort. Granted, a classic XC course won’t have a hike-a-bike, but it’s something for the endurance racer to consider. 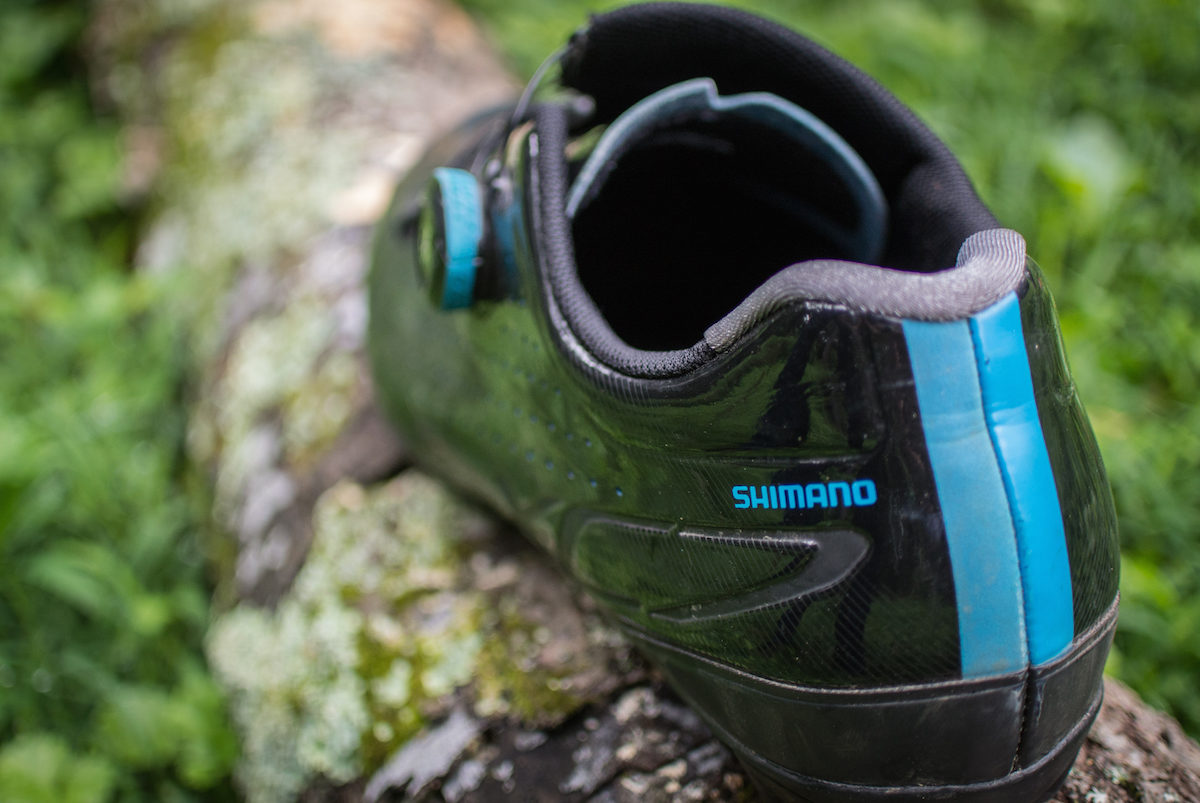 Is that criticism a big deal? That depends on how you want to use the shoes. If you’re looking purely for a high-performance XC race shoe in a package that leaves money for entry fees, the Shimano XC7s fulfill that purpose superbly. If instead you’re looking for an all-around shoe, something like Shimano’s ME5 trail shoe might be a better fit.

Thanks to Shimano for providing the shoes for review.