It might seem like a stretch to call a $250 piece of protective equipment that most people won’t wear every time they ride “affordable.” Then again, consider the ultimate price of a spinal cord injury.

Paul Basagoitia is still recovering from a traumatic spinal cord injury and paralysis after a crash at Red Bull Rampage in 2015 that fractured his T12 vertebra. Although the T12 is lower down in the spine than what a neck brace is intended to protect, a spinal cord injury can happen anywhere up or down the spine, and often happens in the cervical vertebrae. 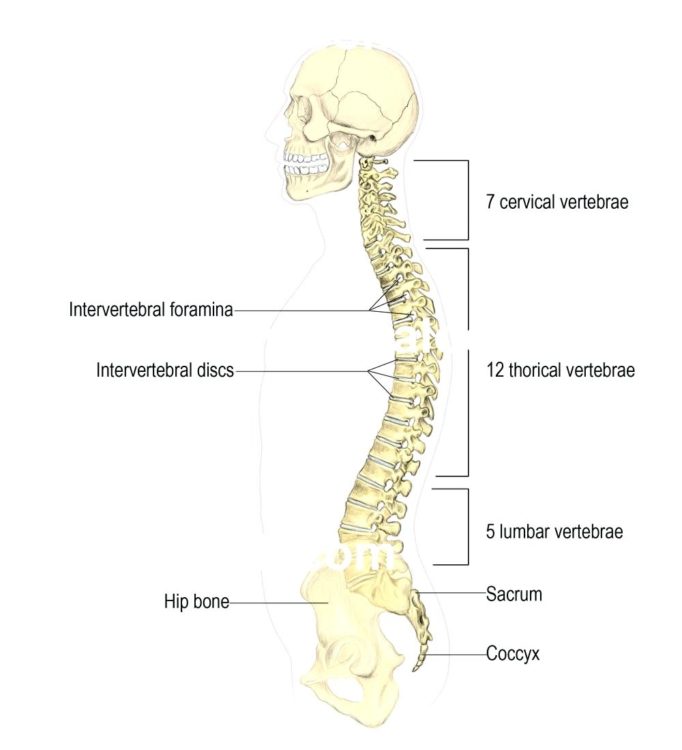 “Arguably the most significant injuries in motorcycle and other extreme sports occur in the cervical spine (neck) region. Injuries in this area may often cause paralysis or even death,” a sentence reads in an official Leatt white paper.

The most common cervical spine injuries occur in the upper vertebrae near the skull and are caused by whiplash, when the head is forced into backward, hyper-extension.

This is where a neck brace helps. How does Leatt know that it helps? For starters, they put a “cervical spine protection device” on an anthropomorphic dummy and sent it into a wall at 70 Gs of simulated force, along with other tests.

Leatt’s testing shows significant reduction in different bends of the head and neck upon impact. Forces on the cervical and thoracic spine were reduced, as were brain injury associated dynamics. Clavicle fractures were not increased by wearing the brace either, thanks to the soft padding and “collarbone relief.”

Demonstrating the capability of a piece of protective equipment like this gets tricky for a reviewer. I’m obviously not going to throw myself into a high speed wreck to test the integrity of the DBX 3.5 brace. But, there are a few things I can attest to in this review.

I went with a size L/XL for the brace. Leatt makes sizing recommendations based on the circumference around the rider’s chest and back. Both the thoracic strut and the chest plate should fit flush and not be tilted on the chest or back.

The red release button on the left hand side of the brace opens it up to put the brace on. The thoracic strut on the rear is adjustable to two points, and removable. I used the brace with the optional clear plastic chest strap that cinches down for added security and a more snug feel.

It’s December so the bike parks are closed, and I don’t wear a full face helmet on my regular trail rides, so initially I thought it might be a while until I got to test the DBX 3.5 neck brace. Then, I noticed a friend on Instagram posted about an indoor park with a mega-ramp and airbag. I wanted to spend some time learning a few things over the winter anyway, so I checked it out.

On my first night at Progresh in Denver, I was the only one using the mega-ramp and got around 15 drops. I was sweating like a madman after climbing out of the airbag after the first five times.

I hardly noticed the brace during my session. It feels comfortable and doesn’t seem to interfere with my riding at all. When I was thrown around on the airbag landings, and rolling over myself and the bike, I could feel the brace at work and heard the gentle knocking of the helmet on the brace, preventing me from over-extending my neck.

On a strong enough crash, energy is transferred to the brace and ultimately will fracture the brace to disperse the energy.

I had a little bit of built-up sweat underneath the straps and contact points of the brace, but that’s to be expected. Overall, it was pretty comfortable and hardly noticeable. It’s something that I’ll be wearing every day of bike park riding in 2019, because it’s worth the cost and a little bit more sweat under my jersey.

Leatt’s most affordable option before the DBX 3.5 debuted was the DBX 4.5, which retails for $300.

It’s been a great year for affordable mountain bike protective equipment. At Interbike, back in September, we saw more affordable protective gear than ever, including the DBX 3.5. Not everyone’s riding style calls for a neck brace and full-face helmet, but for anyone who likes to go fast and try new things at the bike park, well, give it some thought. It may save your life.

Thanks to Leatt for providing the DBX 3.5 neck brace for review.

It may be inexpensive, but this ‘brace’ looks woefully under-engineered to protect much of anything. The photos show that a significant amount of cervical range of motion would be permitted before the helmet impacted the ‘brace’, particularly in extension, thus placing the whole premise of the brace into question. If the photos of this Leatt ‘brace’ are compared to those seen in the results of an internet search for ‘d-cell head and neck restraint’, the inadequacy of the Leatt brace will be obvious. In fact, the reviewer states: “Overall, it was pretty comfortable and hardly noticeable.” Well, that’s great, but I would either wear nothing or opt for a more substantial brace rather than give myself a false sense of security with the Leatt DBX 3.5 brace.

It is definitely within the minimum and maximum recommended range of motion by Leatt. Looking at the ‘d cell’ images you recommended appear to be made for auto racing, and the ROM needed for mountain biking is much more. Whether it is more likely to fracture or less likely to protect than other Leatts is hard to say without a crash.

Thanks for your response, Mr. Miller. The reason that I reference D-Cell head and neck restraints is that in Chapter 3, Section 3.1 of the Leatt white paper they specifically state that one of their goals is ‘to design a system similar to the automotive racing “D-Cell” head and neck restraint….’ . Yes, auto racing and mountain biking require slightly different approaches to cervical spine protection, but the Leatt DBX 3.5 appears to err too far on the minimalist side to be very effective. Of course, this is only my opinion, but the bottom line is that no one–including Leatt–knows whether or not this device will be effective. The white paper produced by Leatt referencing computer models and anthropomorphic test devices–(i.e. crash test dummies)–is no substitute for a quality real-world study with large enough numbers to make the results statistically valid. Cervical spine injuries can be devastating life-altering events, so it only makes sense to have scientifically valid information available on the real-world effectiveness of a device like the Leatt DBX 3.5 before recommending its use.