Mountain bike helmets have long been seen as a vital part of self preservation in a sport which promises the opportunity for disaster at every turn–at least for aggressive or uncoordinated riders. Until recently, helmet technology has been simple and relied on the basic thought that putting something between your rock and the hard place it may contact will prevent injury and even save lives. The basic hard shell/liner combo has done an excellent job preventing those hard places from splitting your head like a melon at a Gallagher show.

The problem, until now, is that while preventing the direct contact between the hard place and your melon, the helmet has simply transferred the energy of the blow from the helmet to your noggin.  The brain is free to slosh around inside the skull, and when the energy simply transfers from helmet to head, the brain is made to slam against the side of the skull: this is where concussions come from. So while your helmet may keep your skull intact, it does little to prevent you from looking like Troy Aikman after a meeting with LaVar Arrington. 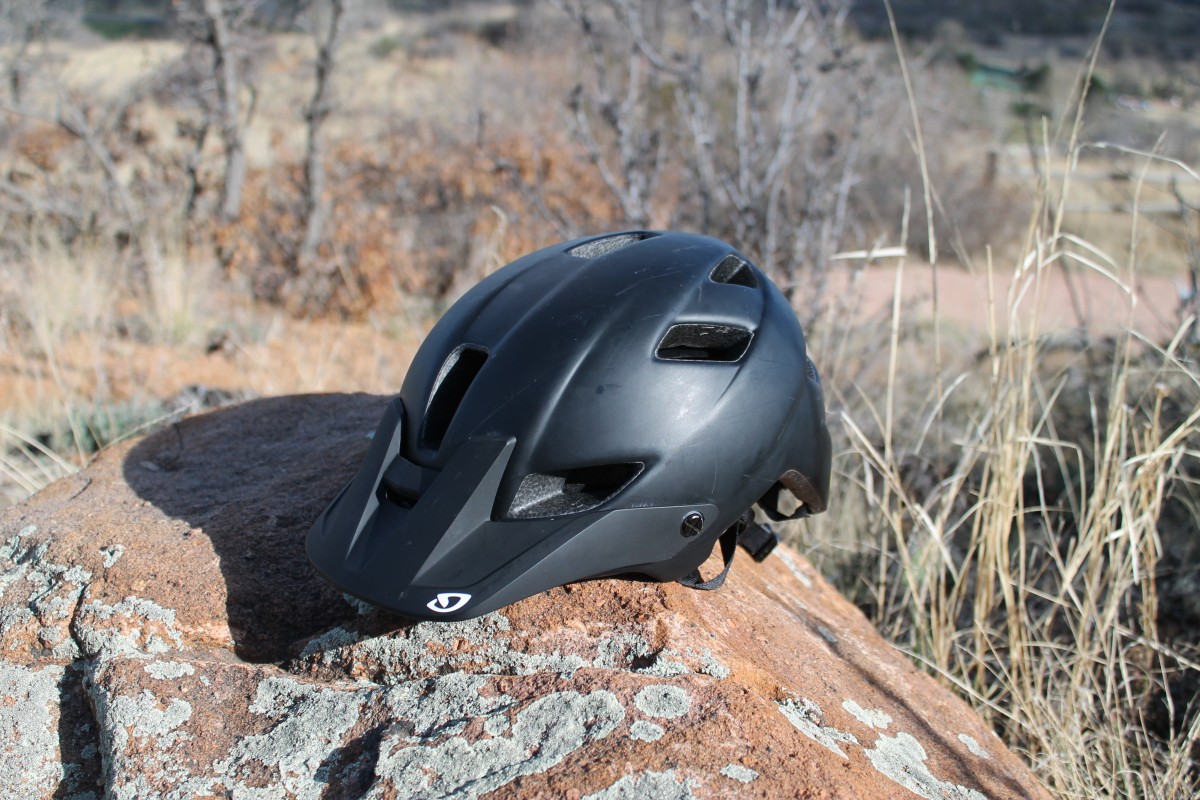 Enter the Multi-directional Impact Protection System, or MIPS, which Giro is now building into its snow and cycling helmets, including the Feature MIPS. This system inserts a cradle between the shell/liner and the head, which allows the helmet to absorb rotational force rather than transferring it to the head, thus reducing the potential for concussions or other brain trauma.  As someone who has seen stars on more than one occasion, I find this to be a very welcome advance in helmet technology.  Click here to see a great video explaining the genesis and purpose of MIPS. 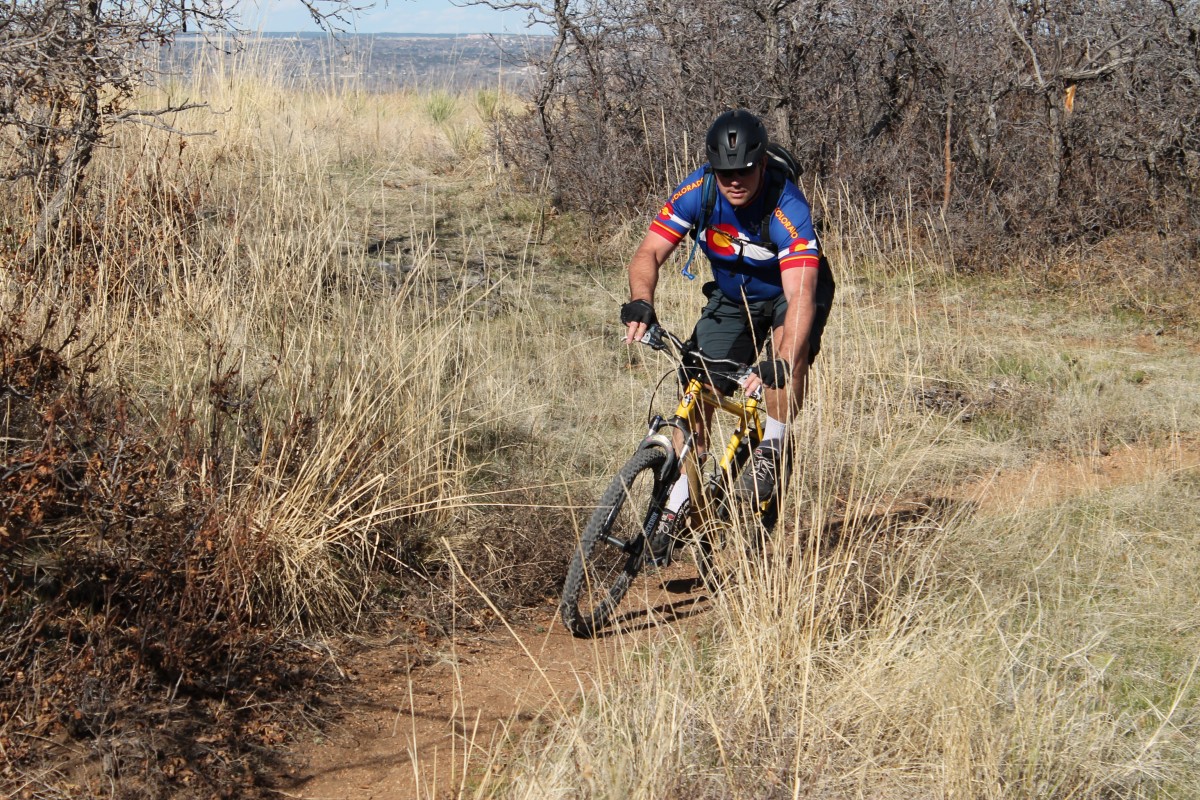 Aesthetics are a very subjective and personal aspect of any piece of riding apparel.  I found the aesthetics of the Giro Feature MIPS to be quite pleasing.  The lower profile and narrower spread is modern and pleasingly minimalist, and prevents the sort of “mushroom head” appearance that larger helmets can give.  Giro brought skate park styling to their bike helmet here, and in my opinion, it works perfectly here. The matte black was, for me, a perfect match for the minimalist styling, but if you’re looking for something a little brighter, the MIPS also comes in matte white, or orange blending into yellow stripes at the lower rear.  The securely-affixed visor blends nicely into the helmet and, while it seems similarly minimalist and understated, it provides excellent coverage.  The helmet also has a slight side indent to accommodate goggle straps.

I have long been a fan of Giro fit systems, and the Feature MIPS is no exception.  The head cradle, ratcheting adjustment knob in the rear, and perfectly-placed chin strap all combine to make the helmet snug and secure, while simultaneously offering all the protection of a traditional helmet and the new concussion-prevention MIPS feature.  The Feature MIPS takes this one step further by also adding in a series of notches vertically along the rear of its central axis, in which you can adjust the cradle within the helmet to get the perfect fore/aft tilt helmet for your head and riding style.  Think of the little plastic tabs on the back of a baseball cap, then turn them vertically, and you get the idea. I daresay the Feature MIPS is the best fitting helmet I’ve ever tried.

I found the Feature MIPS lacking in just one area:  ventilation.  I have spent many years with Giro E2 helmets, which feature huge holes–and lots of them.  The Feature MIPS has few holes and the few that are there are pretty small. According to Giro, the holes are optimally placed to allow maximum airflow, especially concentrating on allowing hot air to rise from the rear and top of the helmet. However, on my usual trails at the same level of exertion, I found myself sweating more and getting more uncomfortable, while wearing the Feature MIPS than either of my other helmets.  To be fair, I’m a real sweat hog who generally starts perspiring about the time I throw my chunky leg over the top tube, so this may not be a problem for the average rider or one riding in cooler climes. 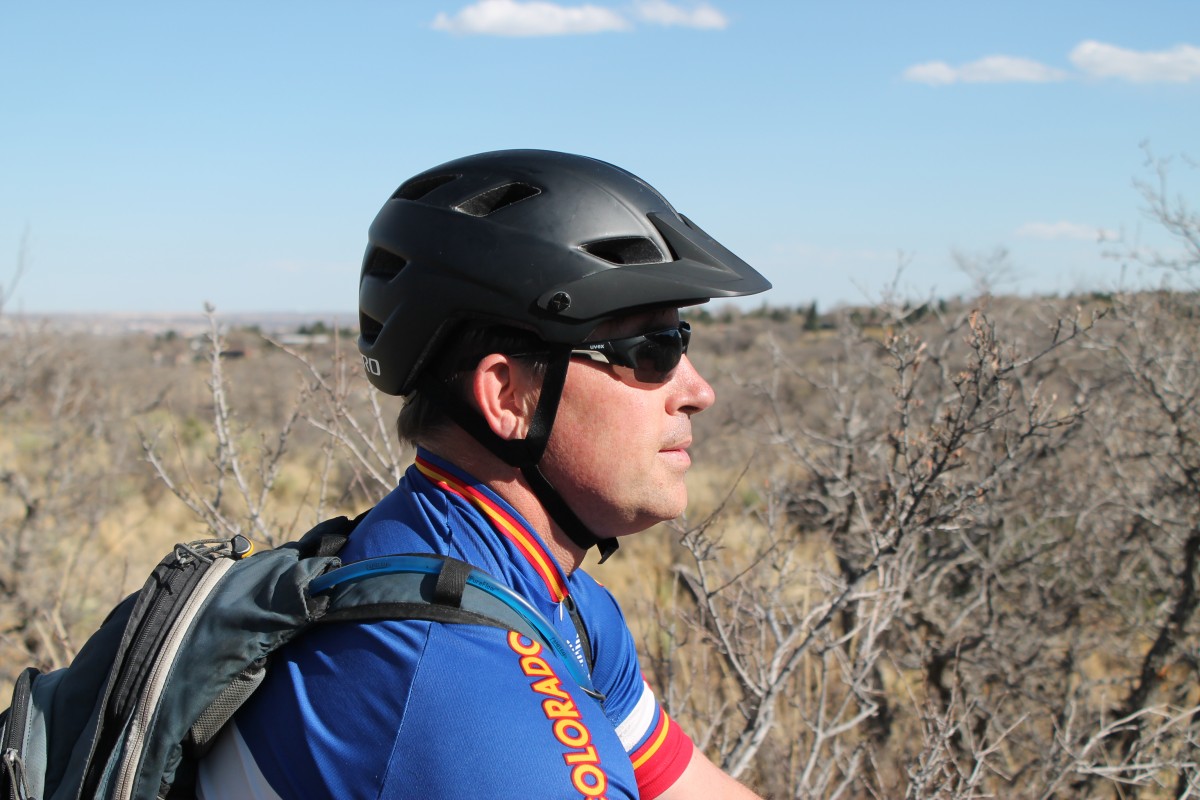 The Giro Feature MIPS is a significant leap forward in helmet design and execution for safety, fit, and appearance.  Giro wasn’t first to the concussion prevention table and there are other options if that is your first priority, but you’d be hard-pressed to find them at a sub-$100 price point (The MSRP of the Feature MIPS is $95), especially with any–let alone all–of the other features the Feature MIPS provides.  Personally, I found the Feature MIPS to be a helmet I can use with total and utter confidence and comfort, at least up until the point the temps really heat up.

Thanks to Giro for providing the Feature MIPS for review.

I picked up this same helmet earlier this year and your review is spot on!
My only complaint is the heat also. I noticed I’m sweating more. Then again the weather is warming up also (woohoo!) but I’m very pleased with the comfort and safety. Thankfully, I haven’t had to test the crash protection (yet.)