I have owned a couple of Polar products and been pleased with them. The company appears to have a healthy relationship between industrial design and functionality that is rare. Consider the M400 here, alongside a wrist-mounted spaceship from a fruit-based gadget company. 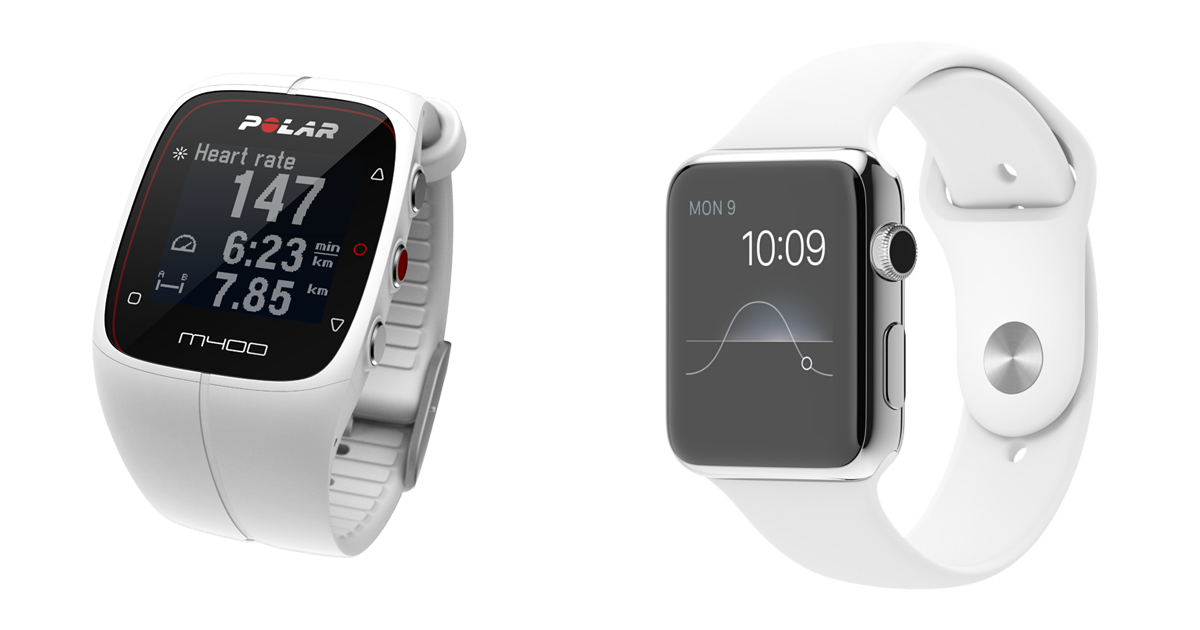 You’ll notice that the Polar has some of the same swoopyness without looking, at least to your humble correspondent’s eye, quite so pretentious. But I make this comparison for reasons other than just looks. The Polar M400 wants to be your lifestyle watch.

Note: let me point out here that the M400’s marketing, as seen here on the Polar web site, is almost exclusively targeted to runners, but fret not. It works just fine for mountainous bicycling. 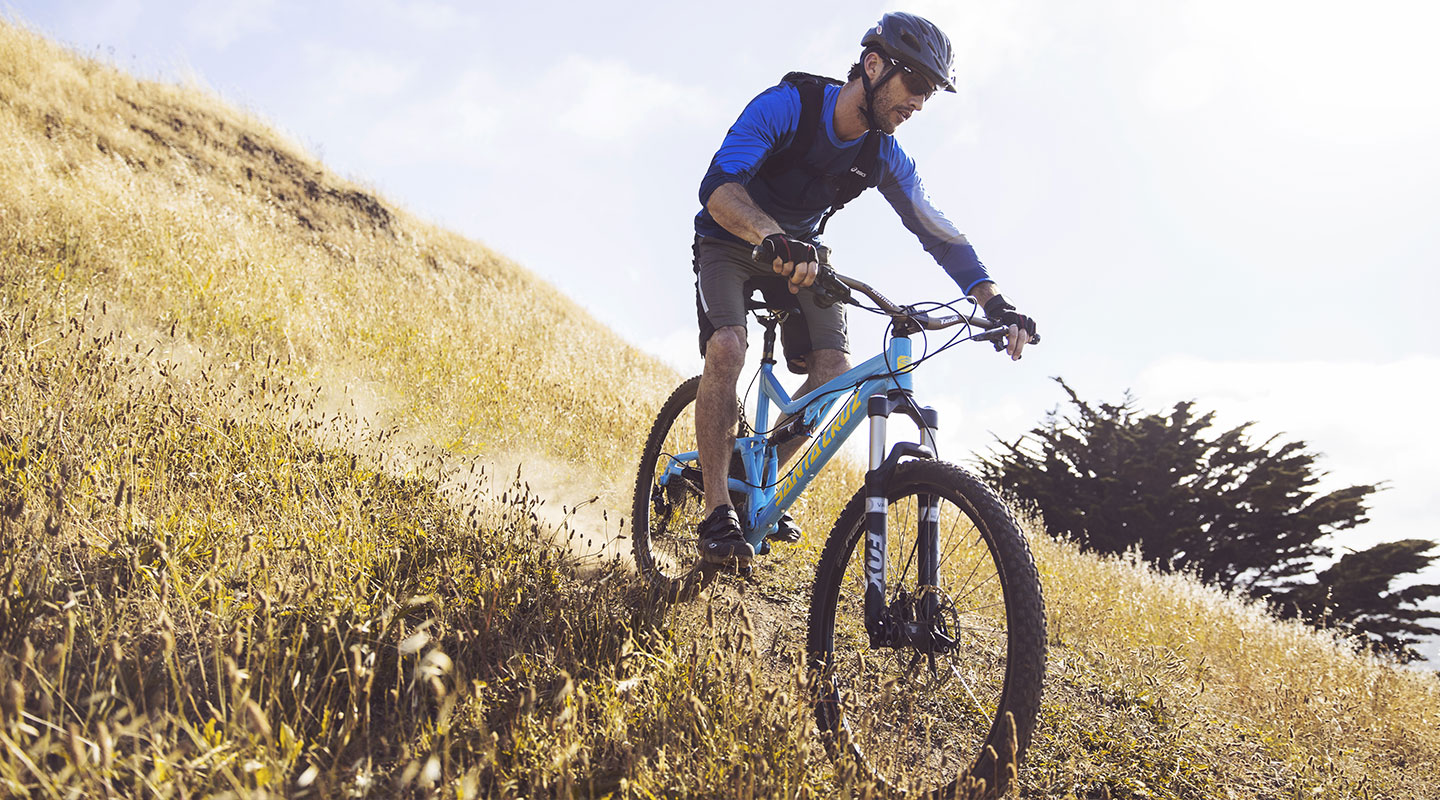 What the Frickle Frack is a Lifestyle Watch?

I’m glad you asked. Outdoorsy companies like Polar realize that they can never make Apple money by selling only to people who exercise. “People who exercise” is a small percentage of the population, whereas Apple’s target segment is “people with wrists.”

At industry gatherings like Interbike, we hear the word “lifestyle” a lot. Outdoorsy manufacturers need a word to describe people who want to look outdoorsy (without going outdoors much) without denigrating those folks; thus: “lifestyle.”

If you are someone who seeks to bridge the gap between your more outdoorsy moments — e.g. riding your bike up a mountain — and your more lifestyly ones — e.g. eating a taco — the M400 hopes to help you express that bridge in the form of a watch.

For example, here’s the M400 warning me, arbitrarily, that it’s time to exercise. It just so happened that I was, at that moment, preparing to drive to the trails and do mountainous bicycles. 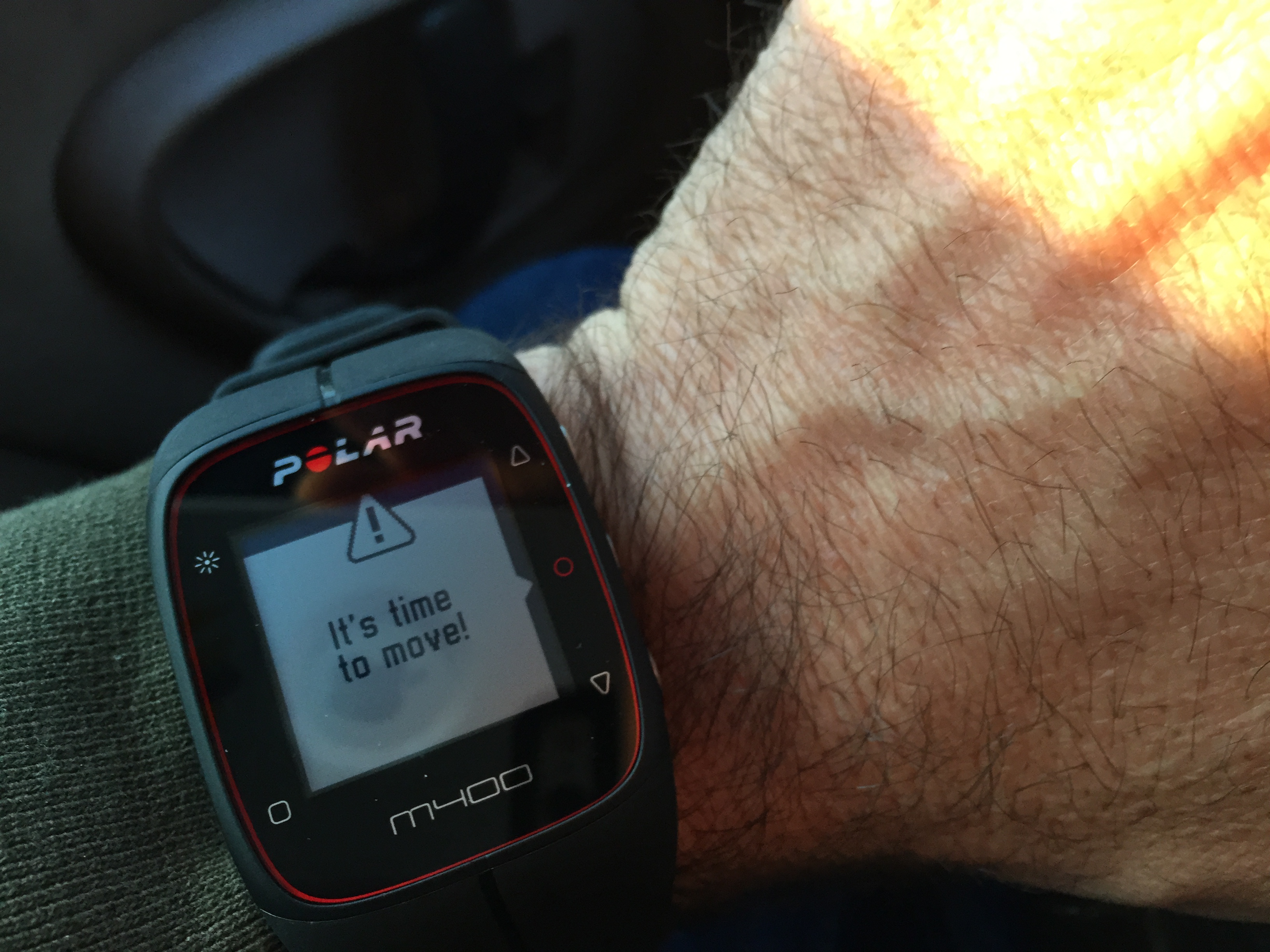 The M400 tracks things like steps, sleep, and uses its accelerometer to guess how many calories you’ve burned. If you have it on and it can tell you aren’t doing exercise, it will give you a warning like the above. This is, presumably, a response to the popularity of fitness trackers like the FitBit. 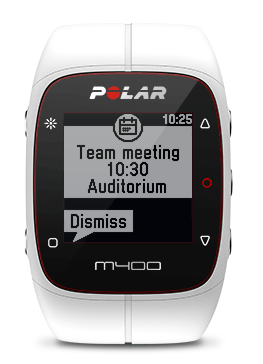 For example, the M400 can accept and display texts. The only thing I want to see less than text messages during my ride is a bear biting off my legs. Luckily, grumpy attitudes like that one ensure that no one wants to text me, which is one of those self-fulfilling prophecies.

Please don’t bite my legs off, bears. Thanks.

When it’s time to actually do exercise, the M400 is ready.

Here is one of my favorite features of the M400. It shows you how well it is talking to outer space. If you’ve ever stood around at the trailhead waiting for your watch to talk to outer space while your friends tell you to hurry up, you’ll appreciate the M400’s willingness to let you know how the process is going.

And, as you can see, it has a mode specifically for cycling, even though the cyclist pictured does not actually appear to have a bicycle. 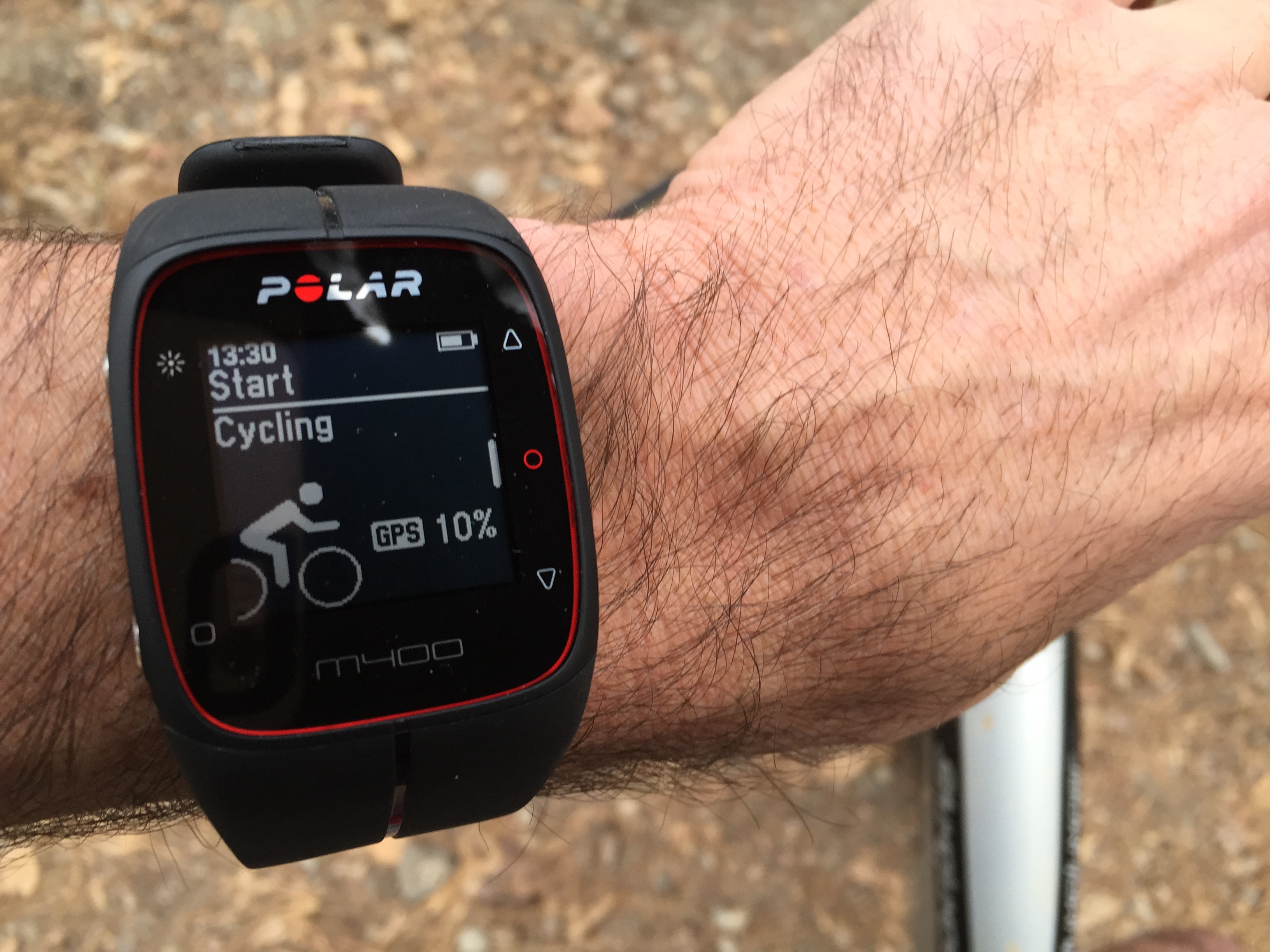 The watch prefers that you don’t flop around like a fish while it attempts to contact outer space. 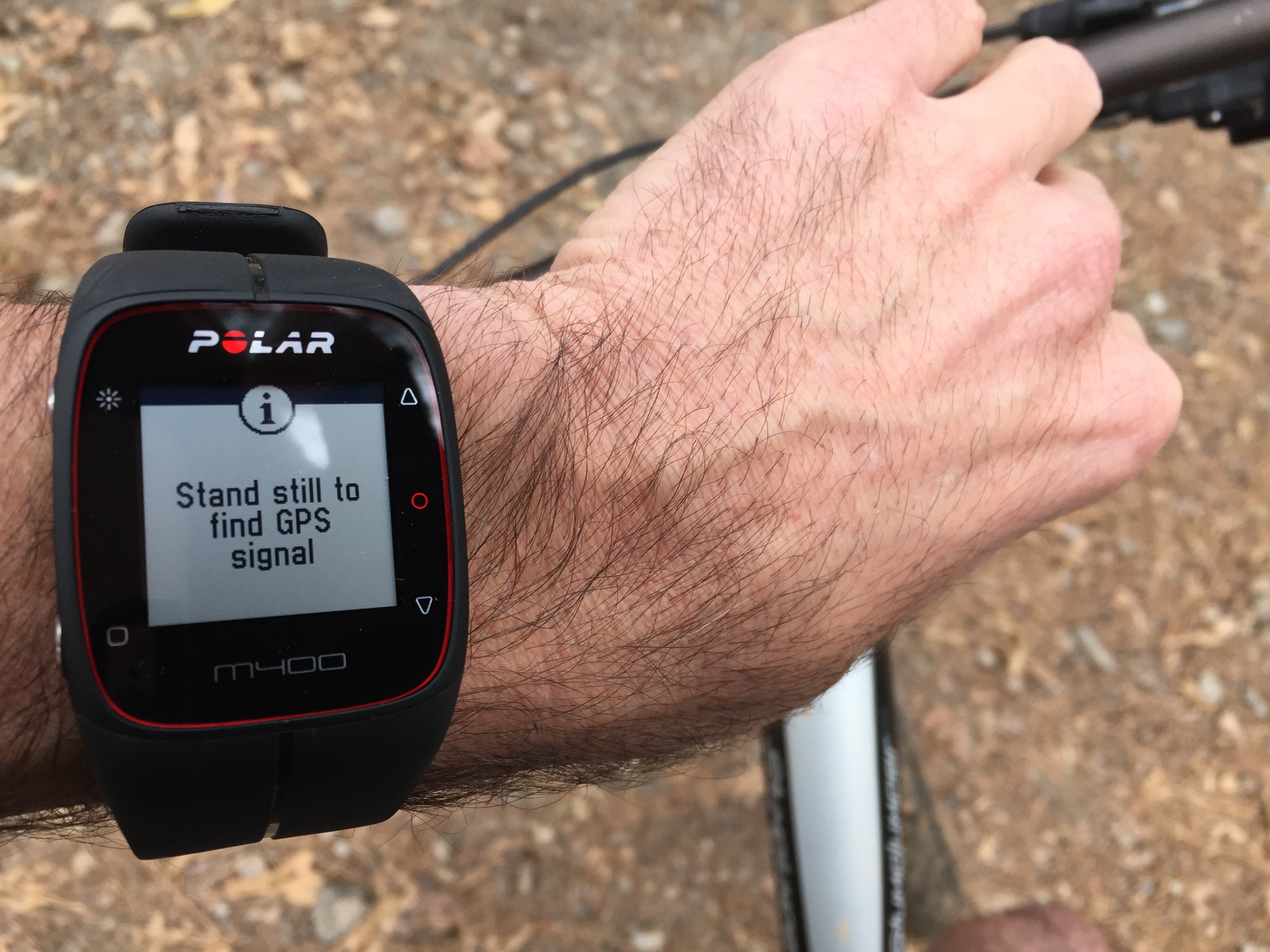 Here’s another thing I like. Though the M400 uses the classic bra strap style heart rate monitor, which isn’t exactly ideal, the monitor itself has bluetooth capability, so if you have the monitor pod but you forgot your watch, or you don’t feel like wearing it, you can connect your bluetooth-capable phone fitness app (e.g. Strava) to the pod itself and use that.

Here you can see the M400 monitor strapped to a fat man in a lycra jumper. 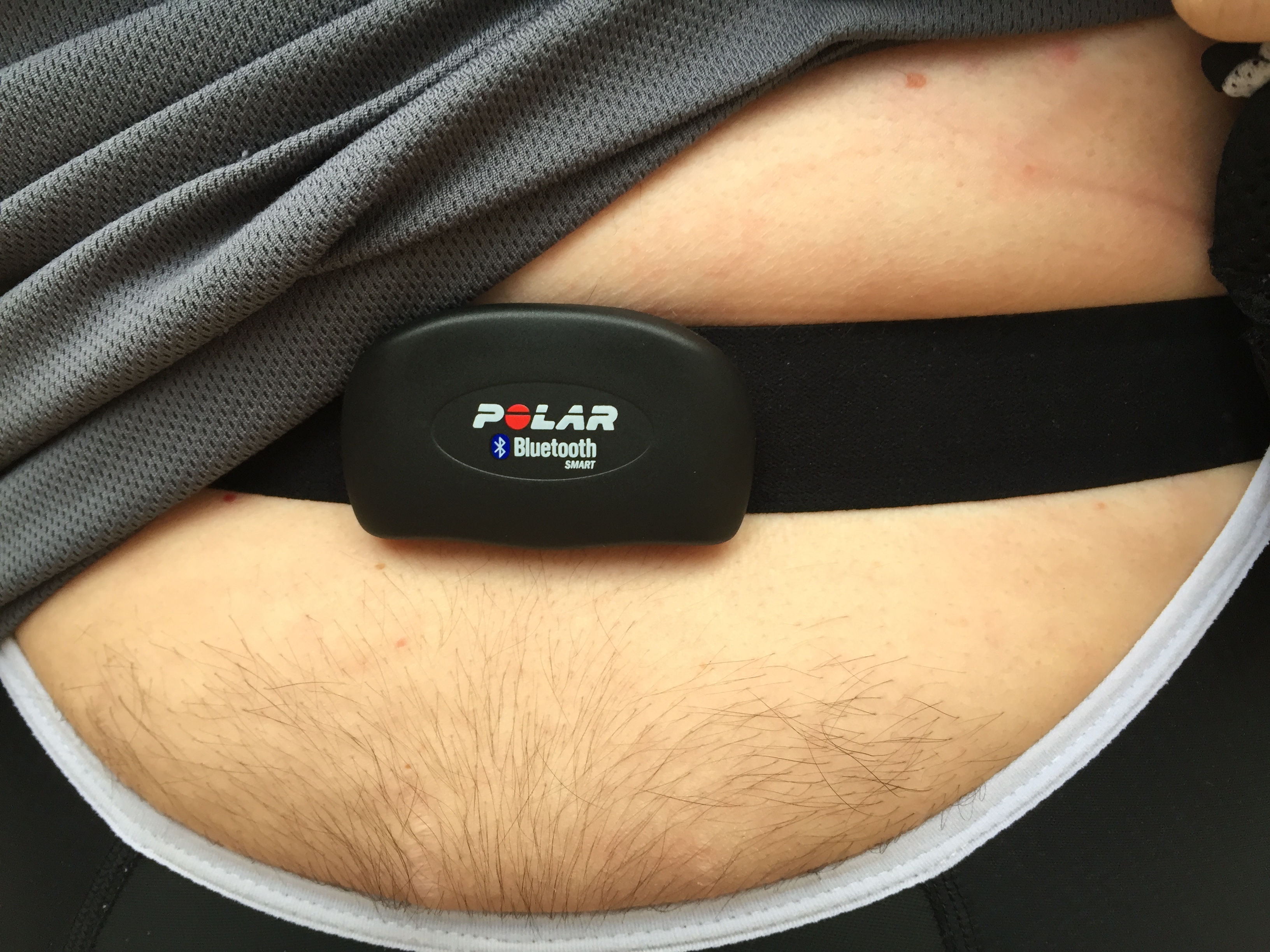 Importing activities is easy using the Polar Flow software, which talks to your device and manages things like software updates. It connects to Strava too, so you can have your KOMs/QOMs uploaded automagically. 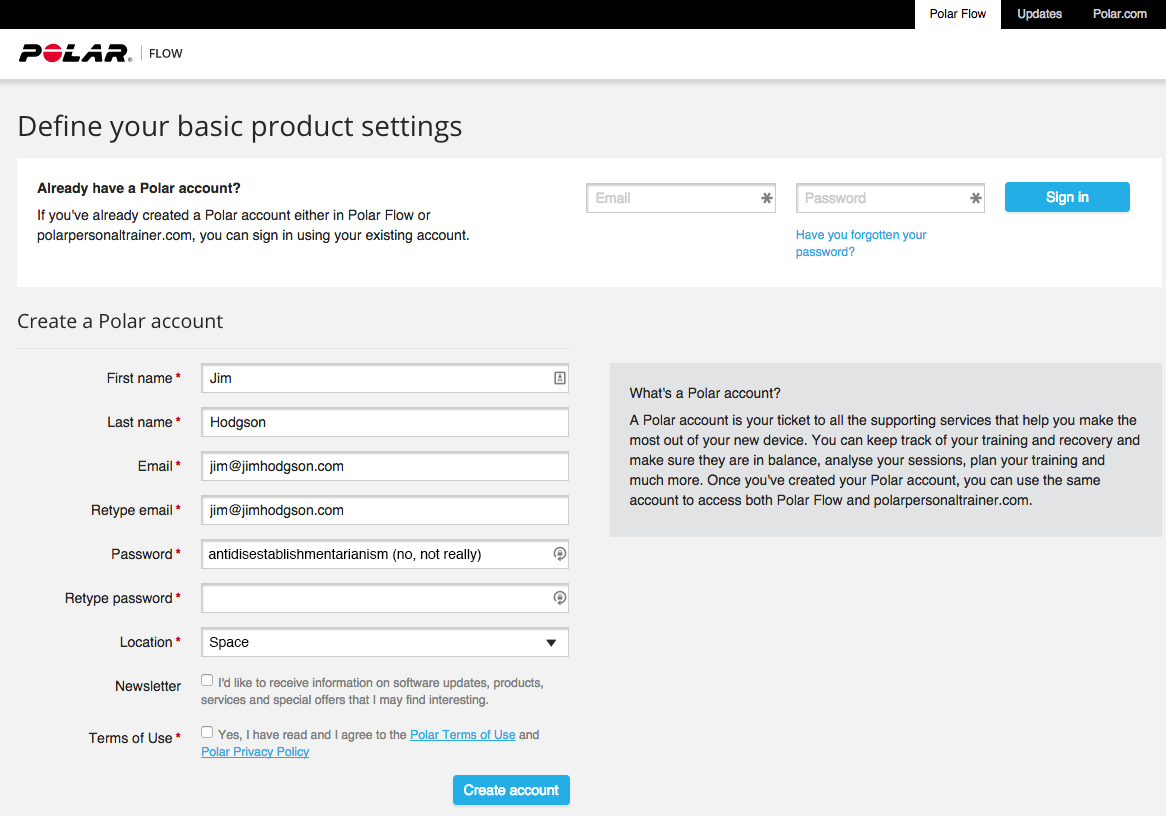 At just under 57g, and sporting a 128×128 pixel screen, the M400 is sleek but fancy. It won’t make you look like you’re wearing a Pip Boy, even though that would be pretty sweet. It also claims to be waterproof, which means you won’t have to fret over it in a rainstorm, or if, like me, you are a gross sweatmonster from planet Stinky.

It costs about $180, which compares quite favorably with the Apple watch’s $350+ price tag. If you’re the kind of person who wants some of those lifestyley features, but also needs some of the more outdoorsy features the Apple watch doesn’t deliver, it could be a great option.

It’ll be like a little digital friend on your wrist, reminding you to get outside and enjoy your life. Warning: it won’t help you avoid bears.

Thanks to Polar for providing the M400 for review.

Gear
Get Away from It All with These Bikepacking Picks
Gear
In for Test: Mullet Cycles' Single-Pivot 150mm Peacemaker
Community
Rooted Vermont: Business Up Front, Party in the Back—And All...
Progression
MTB Coach Shares How to Time Mountain Bike Jumps and...
Subscribe
Login
Please login to comment
2 Comments
Most Voted
Newest Oldest
Inline Feedbacks
View all comments

Great Write up! made me laugh a lot and was very informative!

Wow this unit is WAY more affordable than the one I’m testing!