If you think Pactimo sounds like an Italian brand of top-tier bike clothing, it’s understandable because that was my impression. But it’s a born-in-the-Rockies cycle clothing company straight out of Colorado whose roots are in custom apparel. 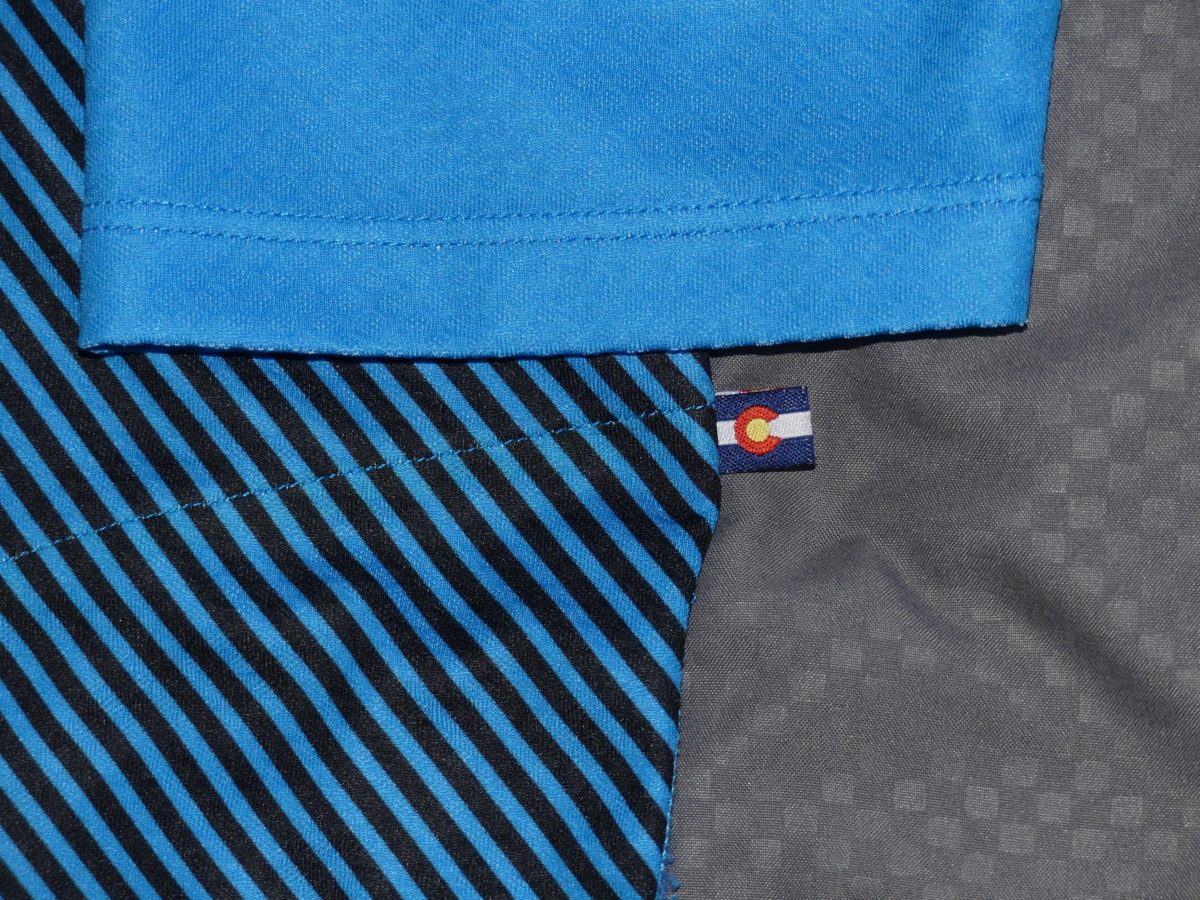 “Since 2003, we’ve shipped over 1 million garments to champions, teams, clubs, and individual cyclists around the globe,” their press packet says.

Being U.S.-made is definitely a bonus when making a buying decision, but the gear also has to meet standards for quality, performance, and value. In short, if it doesn’t work, it doesn’t matter where it’s made.

I tested Pactimo’s Terrain jersey, and here’s how it measured up. 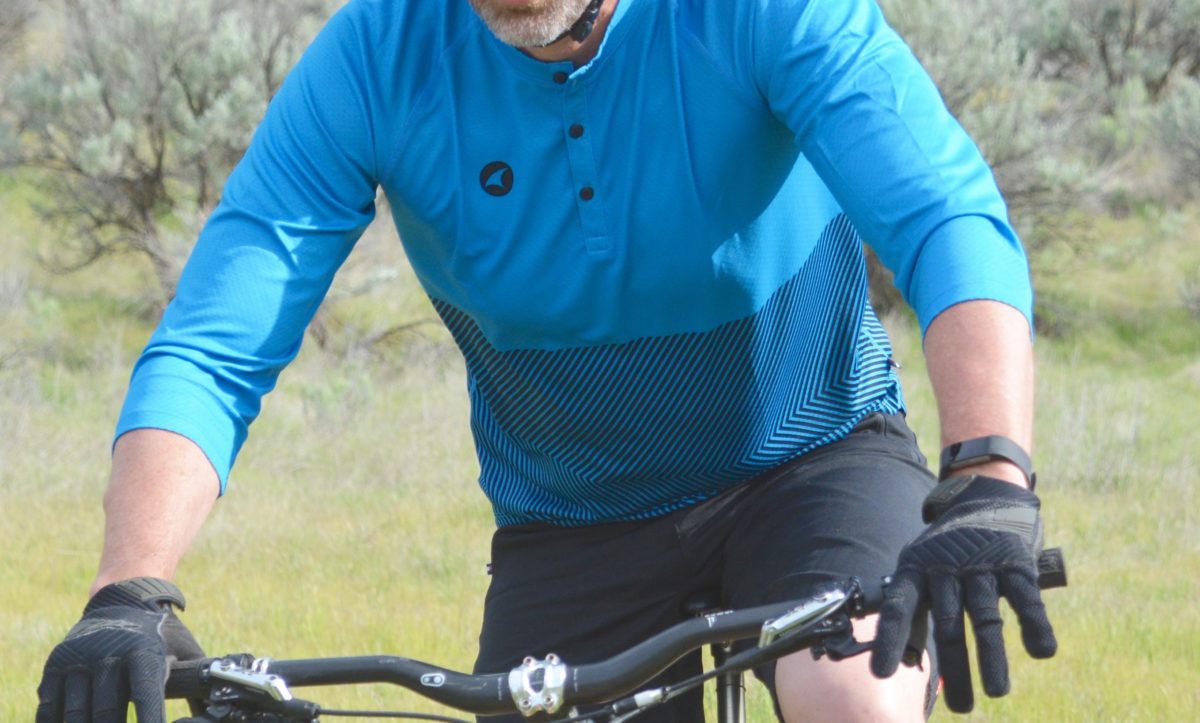 I was told the jersey ran a little small, so I considered getting the XL, but since all my riding clothes are sized large, I stuck with it so I could get an apples-to-apples comparison. My initial reaction was “this is snug.” For reference, I am 6’1” and weigh 195. I suspected a roadie bias, but at the same time, it wasn’t constricting, and I didn’t look like I was lining up to compete in a knobby-tire Tour de France. But it was tight enough I could see faint lines from the bibs.

One of the best ways I’ve found to test how well clothing breathes is to wear it on a cool day, not just a warm or hot day. It was about 50 degrees when I wore Pactimo’s Terrain jersey for the first time, and if I were in my truck, I would have thought the air conditioner was on.

After numerous rides, I was impressed with how it kept me in the comfort zone when the weather got warmer, never feeling hot or damp. The breathability and wicking properties of the jersey’s “DynamiK” fabric kept moisture at bay, except for areas where my pack rides against the jersey–but no points docked against it. Those damp spots mean the fabric is effectively wicking away moisture everywhere else. 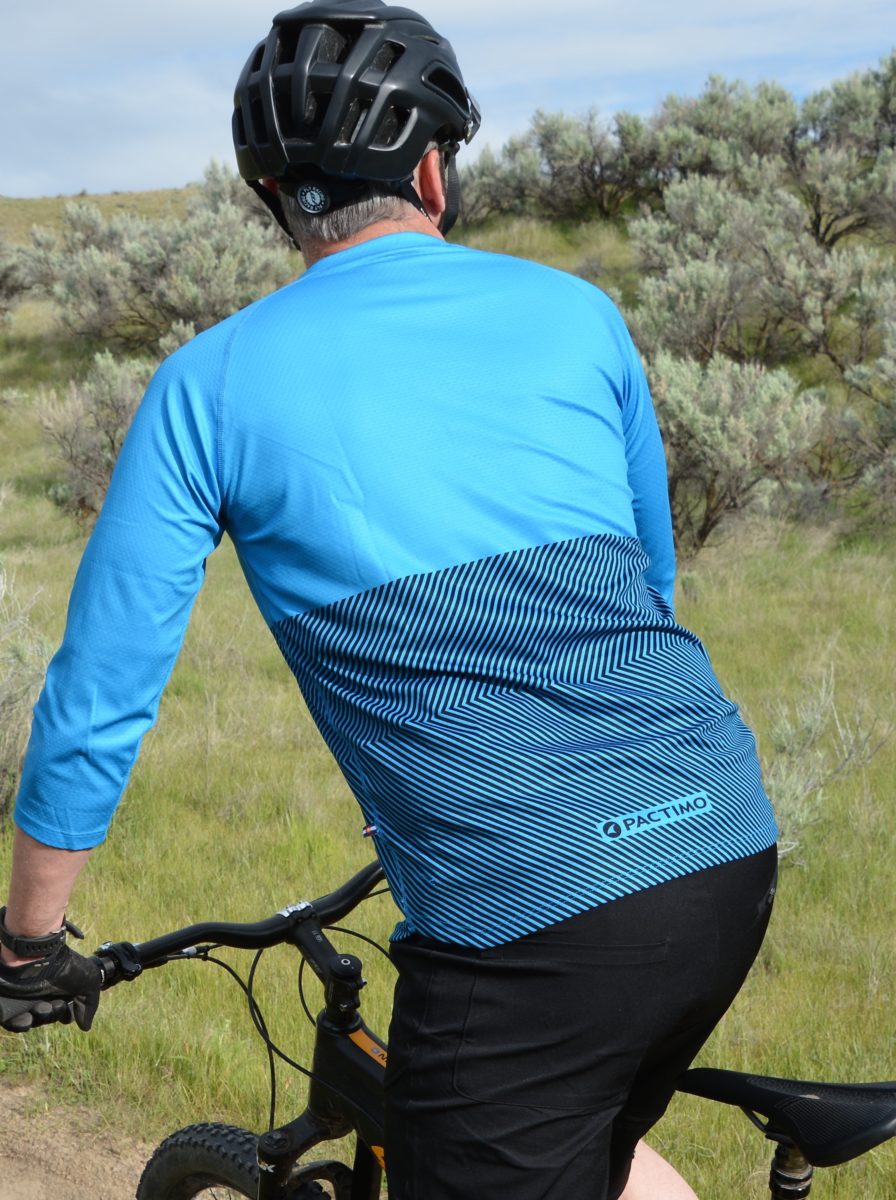 On the trail, the snug fit was unnoticed and forgotten. The drop tail never crept up my back, which is one of my pet peeves. The 3/4 length sleeves felt a hair short, extending only 2 inches past my elbow, but they stayed in place. The three-button henley provided extra ventilation. If you like to carry gear in a back jersey pocket, you’re out of luck because there aren’t any. I normally wear a hydro pack, so it’s not an issue for me. 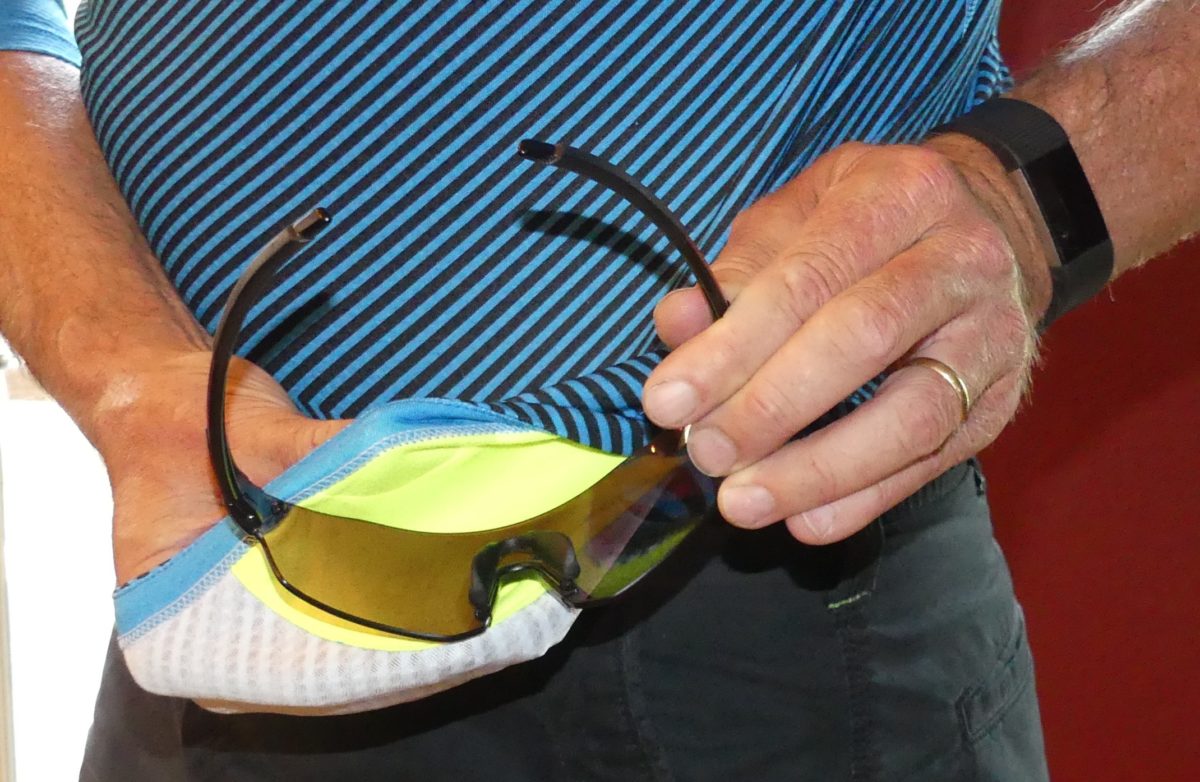 There’s a patch of soft fabric sewn into the interior of the jersey for cleaning sunglasses, which is a great feature because I do that nearly every ride. Big kudos. I wish all jerseys had one.

My next question was durability. After several rides and washings, it still looked fresh from the shelf. There were no wear marks, crinkles, frayed hems, or other signs of wear. It also avoided the sweat stench that some synthetic fabrics retain.

My final test was unintentional. I landed a jump poorly and careened off the top of a berm. I strafed a sagebrush before plowing shoulder-first into the dirt.

I feared my shiny new jersey had just picked up a few pockmarks or punctures. I brushed off both the jersey and my bruised ego and kept riding. When I got home I gave it a close inspection. Aside from a dirt smudge, I couldn’t find a blemish. After washing, there was no sign of scrapes or micro tears. I was impressed.

The Terrain jersey is light, breathable, sharp-looking, durable, and made in the U.S.A. That’s a tough combination to beat.

Thanks to Pactimo for providing the Terrain Jersey for review.