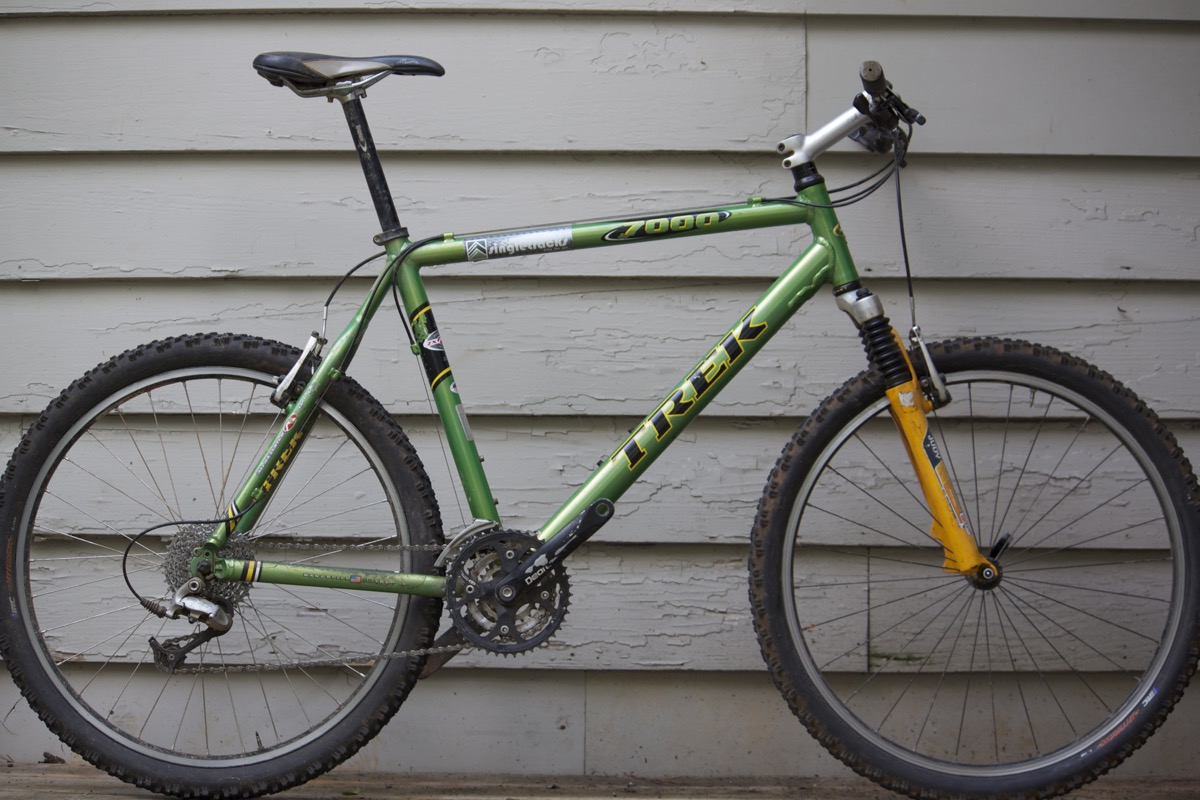 With all the new product releases this time of year, there’s been some talk lately about emerging “standards.” Well, not talk so much–mostly just complaining. And hey, I totally get it–we spend our hard-earned money on mountain bikes and it hurts to think that each new “standard” makes our investment worth a little less. But I’m here to argue that new standards are actually a really good thing for mountain biking.

Mountain biking is all about progression

Progression is a buzzword when it comes to mountain bike skills but it’s equally important to bike technology. When I started riding in the early 1990s, suspension forks were rare (at least among the cash-strapped guys I hung around with) and the technology was roughly on par with the suspension tech you’ll find in a Walmart mountain bike today. Without progression, we’d all be stuck riding high wheel bicycles or else mountain bikes would be completely unaffordable because they were so specialized. 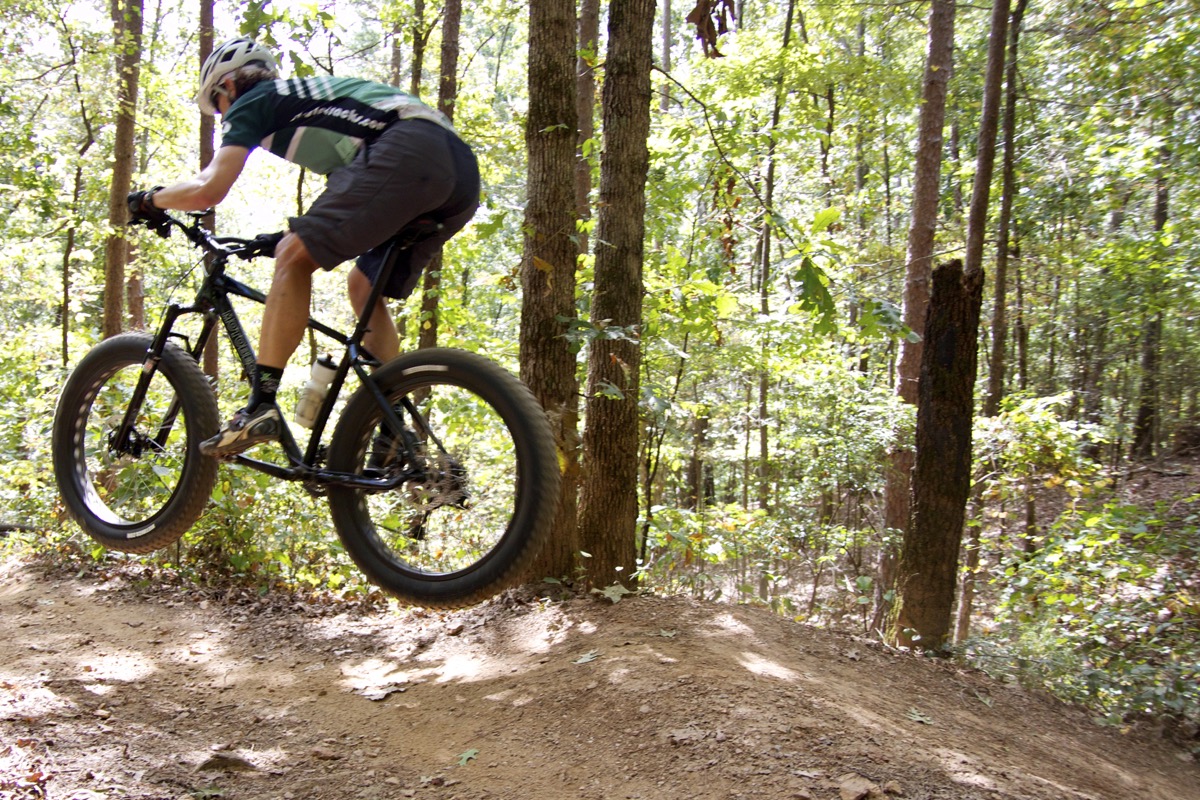 For a more modern example, look at the fat bike. If tinkerers and product designers had stuck with existing standards, they would have been severely constrained when it came to rim widths, frame clearances, and tire volumes. Like almost every great design, fat bike rims weren’t a complete departure either: they (initially) stuck with a standard diameter (26″) instead of inventing something entirely new. The result not only created a new category (fat bikes) but it’s also bleeding over into regular mountain bikes as well with slightly wider rims and fatter tires gaining traction with many riders (no pun intended).

What’s the opposite of a standard? I guess it would be a proprietary product, which most of us agree is a pretty bad alternative. Bikes have a lot of parts, and all those parts need to work together, so it’s difficult–if not impossible–for a single company to unilaterally go with an incompatible design. Sticking with the fat bike example, if builders had decided to make their fat bike rims proprietary (or worse, patented), it would have taken tire companies longer to create (more costly) compatible tires. 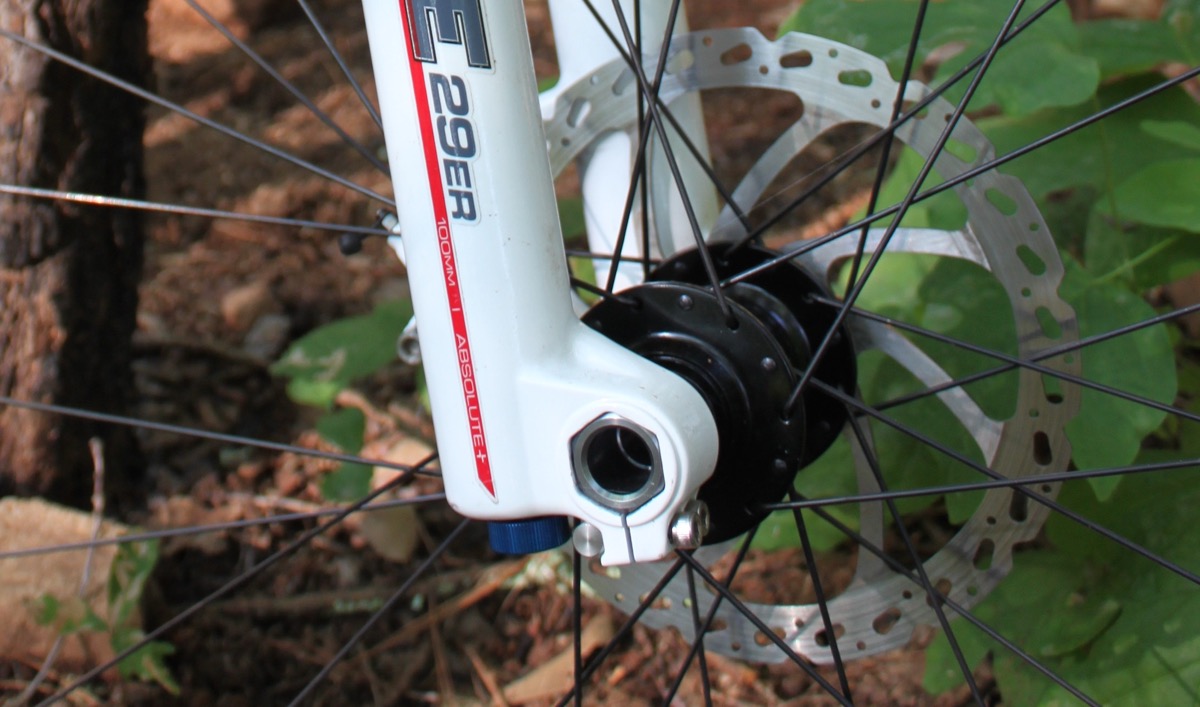 And just look at where thru-axles are today. On the front of the bike, 15mm and 20mm thru axles provide added stiffness and are a big upgrade over 9mm QR skewers. And yet, it’s taken years for this “standard” to penetrate the market since it involves getting both forks and hubs updated. Not only that, most wheels today are still convertible between at least two sizes so it’s not like anyone is being forced to upgrade right away. (By the way, “forced” upgrades are never forced–it’s just that many of us want the latest and greatest.)

Now, just because a company calls something “standard” doesn’t mean it is (yet). That’s up to the market to decide (more on that next), but my point is, labeling a new design as a “standard” is mostly just a signal meant for other manufacturers, not necessarily for consumers. It certainly doesn’t mean you won’t be able to find parts in the “old” size anytime soon or that your bike will instantly cease to function. A “new” standard is really just a candidate–and as in any election, we all get a vote!

I believe in free markets (and if you don’t, you’re a communist–I kid) but the fact is, standards only become so if people buy them in large numbers, which in turn entices other companies to get on board. Every new standard comes with a tradeoff, and consumers weigh these in their minds whenever they make a purchase. If the performance benefit is great enough to justify buying a new hub for that drivetrain or buying a whole new bike to fit those fat tires, then riders will buy in. If not, they won’t.

It’s also important to remember that as riders, we don’t need to have the latest and greatest products as soon as they’re available. With industry news available around the clock, it’s easy to get caught up in the hype of new and improved products. But just because Santa Cruz decided to go with a 142mm rear axle six months after you bought your Tallboy doesn’t mean you’ll enjoy your QR rear Tallboy any less. (I speak from personal experience on this one.)  Sure, it’s frustrating… and also completely irrational to let something like that diminish your enjoyment of the bike.

And yet, for some people it’s difficult to get past those feelings of frustration and often, if the frustration level is great enough, they’ll buy a new bike. This is America and we’re all free to do this, creditors be damned. Early adopters actually end up subsidizing a lot of R&D for the bike companies as the market decides which standards are flops.

Finally–and apologies to any conspiracy theorists out there–bike companies don’t actually come up with new standards just to wring more money out of consumers. Again, they’re not forcing anyone to upgrade by releasing a new standard, and there’s a real risk that any new standard could very well flop. 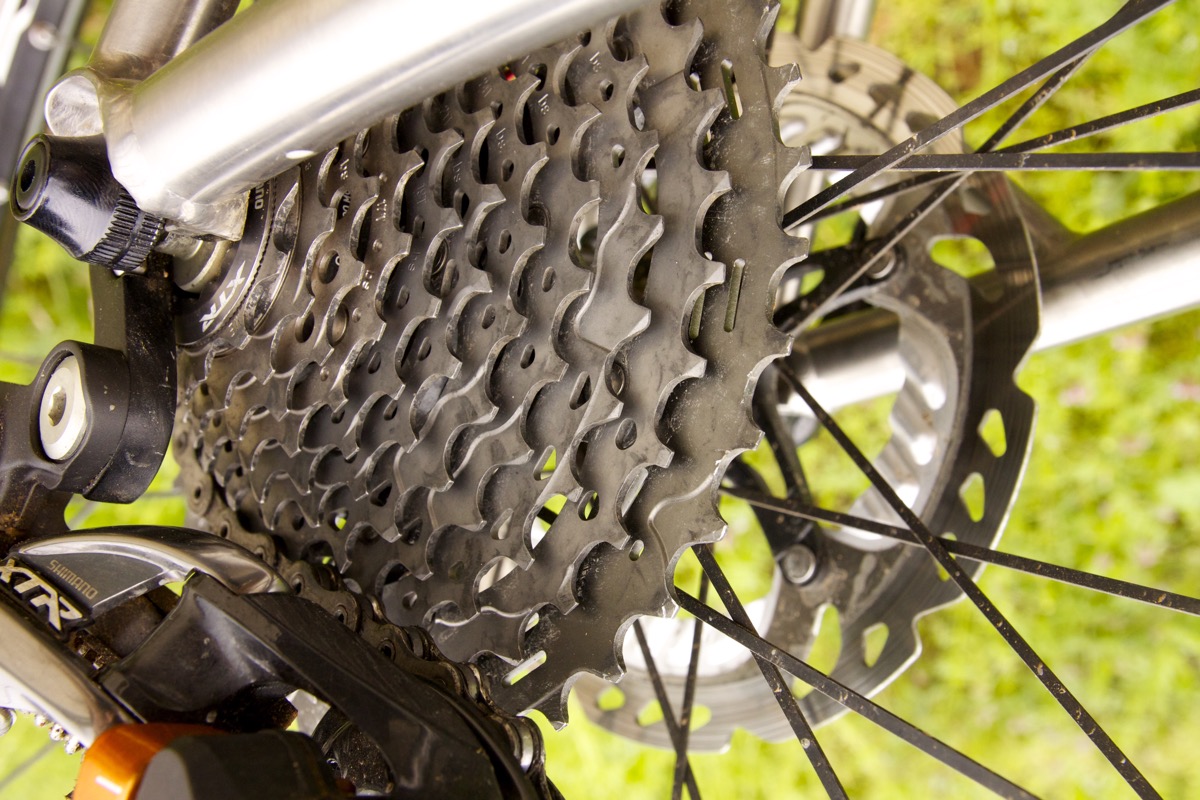 In fact, it’s in companies’ best interests to make new products as compatible as possible to reach the widest available market. Consider the drivetrain wars of 2015: Shimano’s new 11sp cassette works with existing driver bodies while SRAM’s cassette requires most riders to update their rear hub. SRAM notes that this was done to fit that tiny 10t cog on the cassette, but ultimately it will be interesting to see how consumers view the tradeoff of getting a smaller cog vs. not adopting a new hub standard. Either way, we–the market–decide the winner, not the individual companies involved.

I get it, complaining makes us feel better sometimes, but the alternative to all these new standards is stagnation, which doesn’t sit well with me. So bike companies, bring on as many new standards as you like–I’ll be happy to use my wallet to vote for the winners.

Your turn: which “new standards” frustrate you the most? Which ones are you eager to see take off?

Community
A Chain of Inspiration has Grown Mountain Biking in the...
Gear
Would You Rather Ride with No Suspension, or No Dropper...
Gear
The We Are One Arrival Is a Mid-Travel Bike With...
Gear
We Tested 5 Tubeless Tire Sealants to See Which Ones...
Subscribe
Login
Please login to comment
0 Comments
Inline Feedbacks
View all comments
Tags: Gear | opinion, standards
First published April 15, 2015 @ 6:59:29