The Luddites were Industrial Revolution era English textile workers who were pissed about being replaced by new machinery that did their jobs faster than they could. Many of them even went postal and destroyed the machines. Today, the word luddite is used to describe people opposed to technology, and it’s the name of Civilian’s rigid singlespeed 29er. It’s a fitting name, I think. 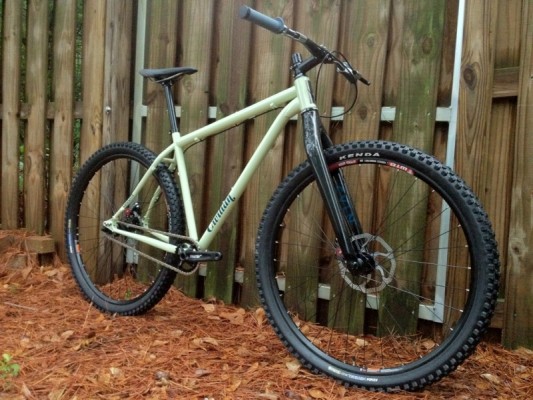 The color is ‘mojito,’ sort of a cool green. I like it. I also like that there aren’t a ton of logos on the frame.

If you’ve never heard of Civilian, don’t sweat it, most folks haven’t. Tyson Hart started Civilian in 2005 building custom handmade frames in Portland, OR. Now he designs the bikes and they’re built overseas and sold through Backcountry’s various websites including Competitive Cyclist, HuckN Roll, and Real Cyclist. There are six bikes in the Civilian lineup including two mountain bikes, two cyclocross bikes(one of which I’ll be reviewing later this year), and two urban/commuter bikes. All of the bikes have a clean and simple design, and like other mail order brands seem to offer a lot of bang for your buck. 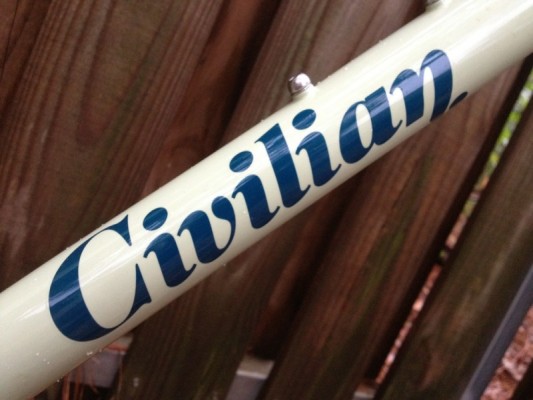 The Luddite is the most simple of the two mountain bikes and is listed at $1,049 MSRP. No suspension, no extra gears. Point and pedal, and when the trail gets steep, pedal harder. The frame is 4130 steel, and has sliding dropouts to adjust the chain tension, an oversized headtube so you can use a tapered steerer fork, and it has all the braze-ons for gears if you want to add them later on. The fork is 100% carbon, from the top of the taperedsteerer to the tip of the dropouts. Truvativecranks, WTB rims, Avid BB7 mechanical discs, and Kenda Nevegal tires round out the name-brand components. Everything else is house brand but seems to be good quality stuff – the stem even has the bolt torque specs printed on the side, nice touch. My test bike is a size large, and weighed in at 26.6 lbs. without pedals, exactly as it came out of the box. 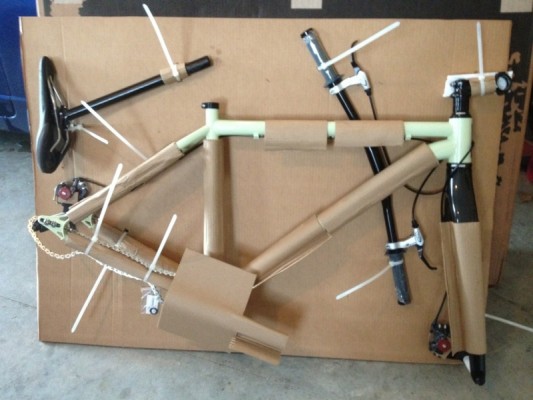 Crazy nice packing job, holds everything steady and keeps it all protected.

Speaking of the box, this thing was packed crazy nice, and was mostly assembled and already tuned. I dropped the seatpost into the frame, put the wheels and handlebars on, and that was it. Dropouts were already adjusted to the right spot for perfect tension, the brakes weren’t even dragging. And, no annoying derailleurs to adjust. 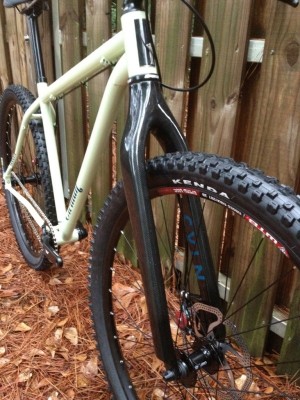 I love riding single speed (and you probably would too if you gave it a chance) so I’m looking forward to logging some miles on this bike. I’ll be riding it for the next month and will then report back with the final review. Until then, head over to the Civilian site forfull specs and a geometry chart. I already have a rigidsteel frame singlespeed 29er in my own stable of bikes, and it’s a lot lighter than the Luddite but also cost a whole lot more. It’ll be interesting to see how the Luddite compares. Stay tuned! 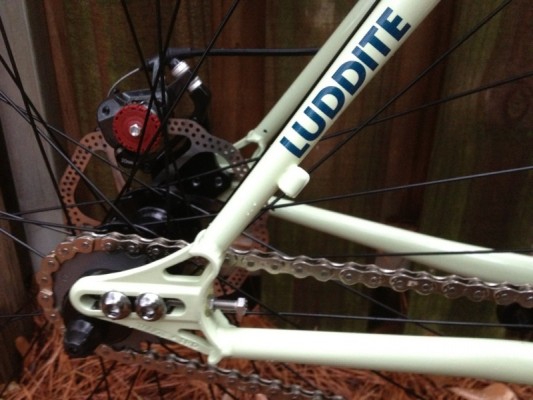 Sliding dropouts and full braze-ons make for a very versatile frame. The rear hub is not SS-specific, so you wont need new wheels if you decide to put some shifty bits on it.

Thanks to Civilian for sending the bike to review. Check out their full line up of bikes on their website right here.

Trails
The 12 Best Mountain Bike Destinations in the USA [2022]
Gear
The Deal on this Ibis Trail Bike is Good AF
Gear
How to Find the Best Prices on MTBs and Gear,...
Trails
Tennessee's Smoky Mountains are Full of Good Trails and Good...
Subscribe
Login
Please login to comment
15 Comments
Most Voted
Newest Oldest
Inline Feedbacks
View all comments

I love the zen simplicity of it. Also, less stuff to break and replace!

I would definitely like to hear how the Civilian compares to your Vassago.

ealdrich – they are two very, very, very different riding bikes and each will appeal to different style riders. Stay tuned for the final review, it’s already almost done – I’ve actually had the bike for a month now, this post has just been waiting in line to be posted.

I have been thinking a lot lately about getting a SS 29er and after reading this review the itch is even worse. Hopefully there can be one in my near future and the Civilian Luddite just might be the one I go with when I get the opportunity. Great write up and review.

nice! I’ve been waiting for a review on these civilian bikes as the luddite and young turk are on the list of my possible upgrades! thanks!

Sounds like a decent rig! Looking forward to the final review.

i have a vassago jabberwocky and finally put a reba rlt 100mm on the front. i haven’t ridden my pitch pro since. i agree… i can’t wait for the review (hopefully comparative). the dropouts look interesting but i wonder how easy it is to maintain. i love how easy it is to slide the back wheel off the frame.

Bubble – 26.6lbs ain’t light for a bike wih no gears or suspension! Of course weight isn’t everything.

If you have an old mt bike sitting around you can easily convert it to a ss.
http://www.singletracks.com/blog/mtb-repair/how-to-convert-your-mountain-bike-to-a-singlespeed/

Enough with the one-speeds already. Please!

sliding drop out is GANGSTA!!!!

limetown – good eye, looks like the prices have been dropped on almost all of the Civilian bikes. Not sure if it’s a sale or permanent reduction though.

i just wish i could find somewhere that sells the medium size!! I’m 5’10” .. the small will be too small and the XL will be too big 🙁