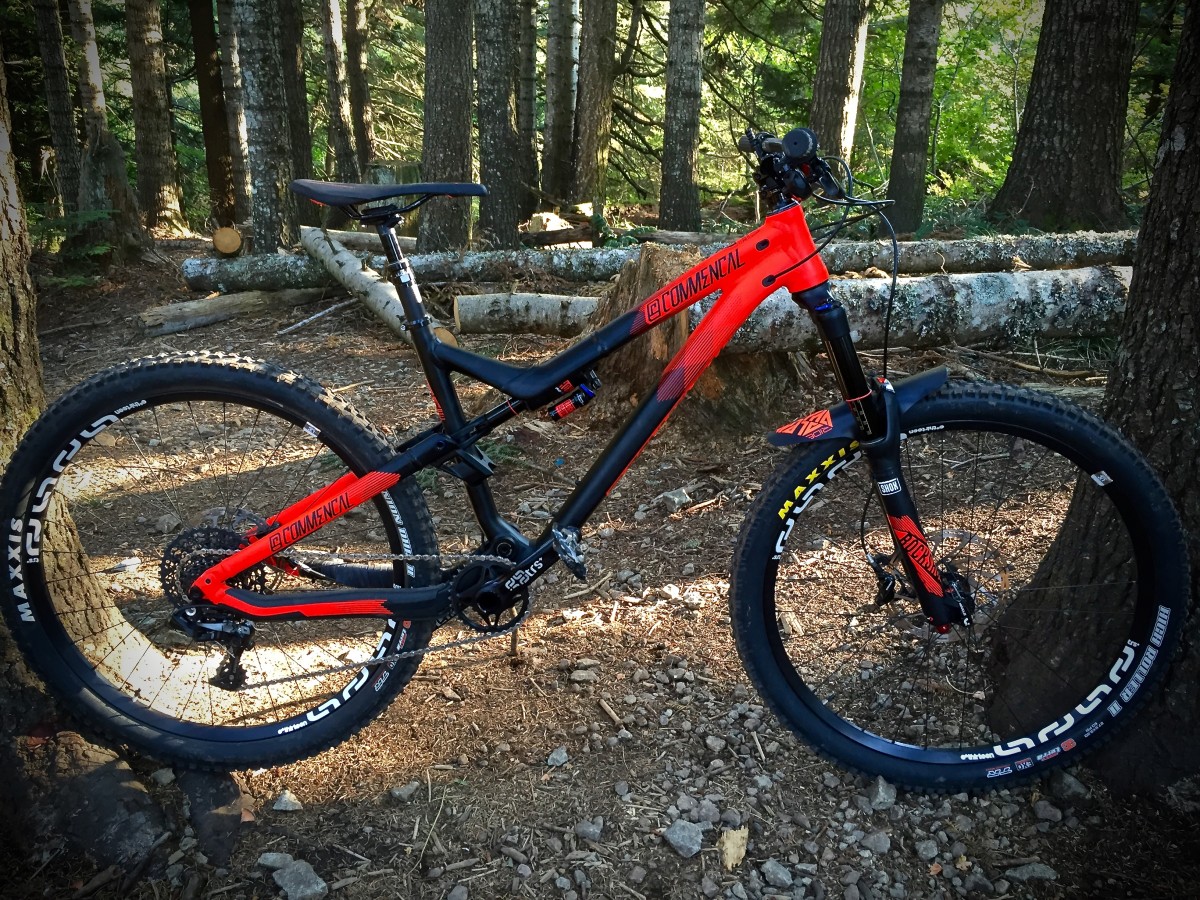 Just days before Andorra would host the UCI Mountain Bike and Trials World Cup, I took delivery of the 2016 Meta AM V4 from Commencal, a company that claims permanent residence in the small Andorran principality. But do not mistake this small company from a quaint country for subpar design, innovation, and quality. Landlocked in the eastern Pyrenees mountain range between Spain and France, Commencal forges big bikes for serious riders and just recently broadened their market to the U.S. As their best-selling and award-winning bike, the Meta AM is the backbone of Commencal’s roster, covering a range of terrain and riding styles, but specifically marketed as an all-mountain, full-suspension, enduro-ready (they make enduro hardtails, too!) ripster. 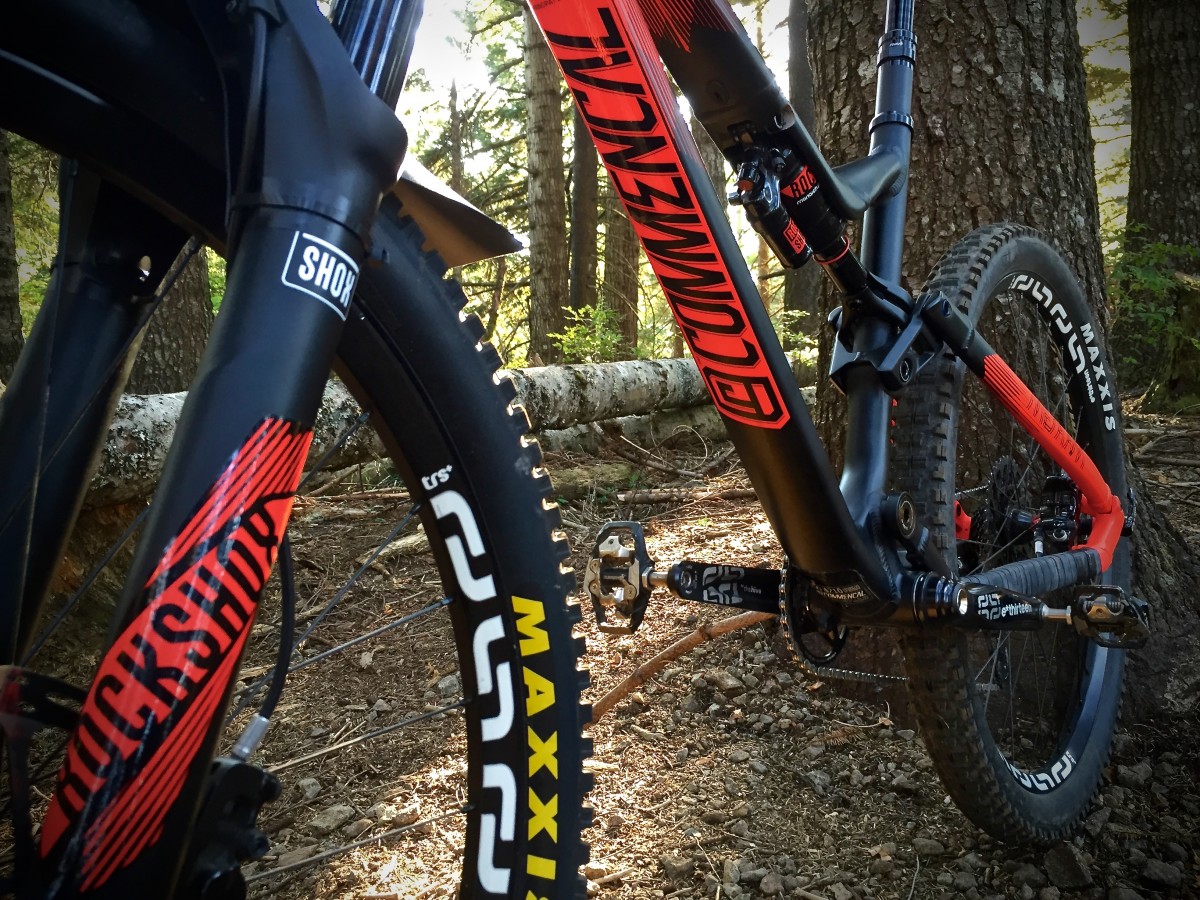 With a 66º head tube angle, 730mm front-to-center (size medium), and super relaxed seat tube angle, the Meta AM is slacker than Cletus Spuckler. Its reach and stack values appear to fall somewhere in the middle compared to similar bikes of this genre,* as does its chainstay and wheelbase lengths. The Meta AM V4 is offered in sizes small through extra large, and specifics on geometry and sizing can also be found here. 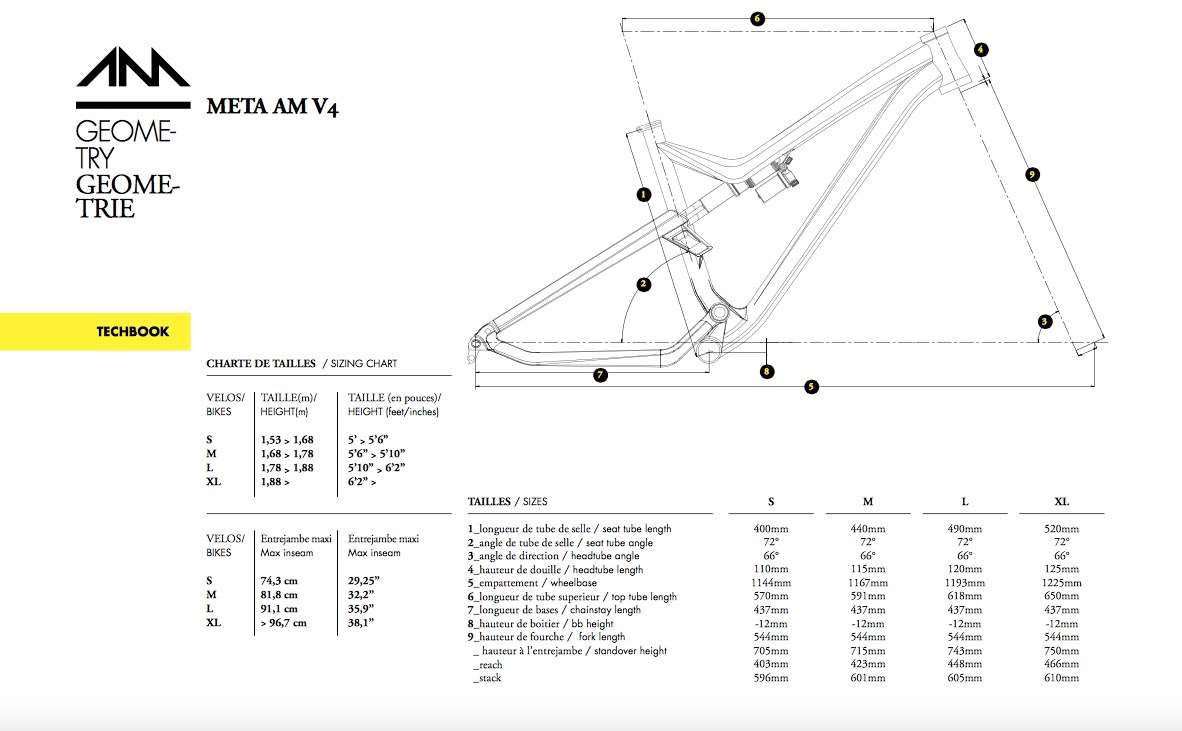 As its name suggests, our V4 came race-ready and is Commencal’s highest end build in the Meta lineup, but the same quality frame is found on all lower tiered models: Meta AM V4 Origin, Essential, and a “Spanked-out” Purple. 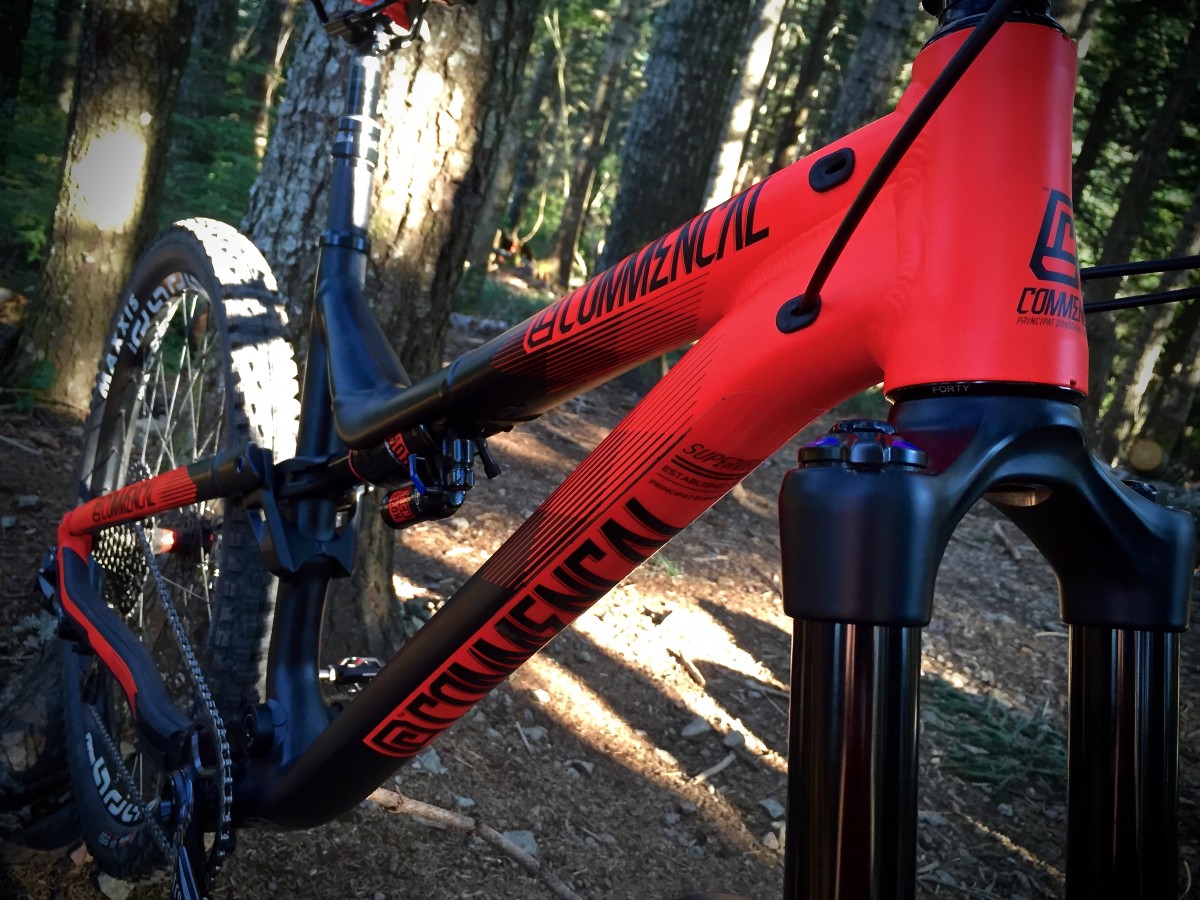 First, a word to mountain bike big wigs, designers, and engineers: keep those alloy frames around… like, for a long time. And, although the grip seems to be loosening with each passing year, many companies are holding onto aluminum (some even re-introducing the mixed metal to their line). Aluminum isn’t for the biker on a budget, a newbie, or the old techno-resistant retrogrouch (who rides steel anyway). People still want alloy because they simply prefer alloy. Ride a carbon and aluminum bike back-to-back and, all things being equal, you may be surprised at aluminum’s ability to deliver a more favorable feel. Enter, the Commencal Meta AM V4.

The Meta’s hydroformed, triple butted alloy reduces the amount of sidewall material required, without compromising stiffness and strength more so than single or double butting. The Meta frame weighs 6.9 pounds (3.15 kg)–approximately one pound more than most carbon competitors. 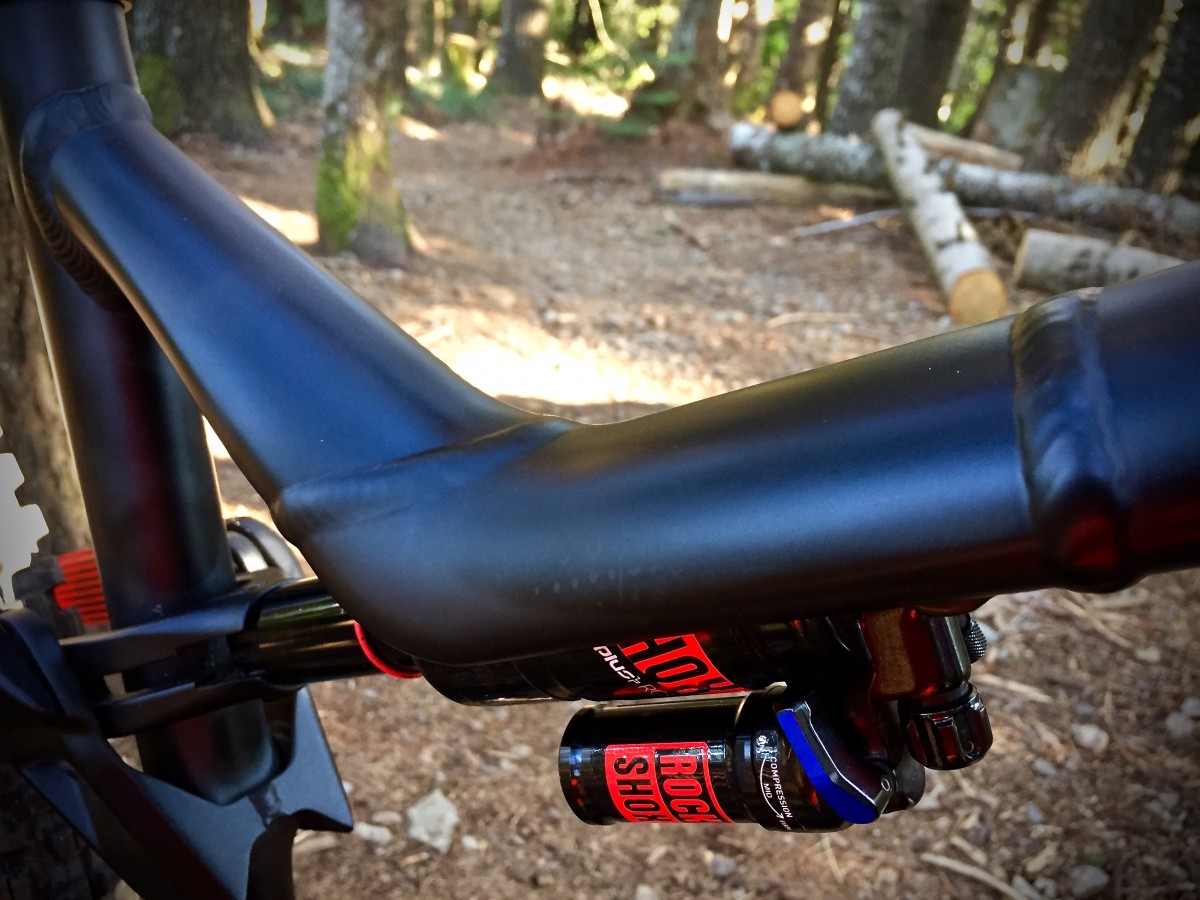 Commencal goes all-in with an impressive offering from RockShox. Up front is a Pike RCT3 equipped with adjustable low-speed compression, rebound, and a three-position (Open/Pedal/Lock) setting for on-the-trail tuning. Equally impressive is the way the underbelly of the top tube is formed, serving as a nest for the buttery smooth Monarch Plus RC3 Debonair. This frame-to-shock interface creates a clean and aesthetically pleasing look while protecting the shock. The Debonair offers an external rebound adjustment and an Open/Pedal/Lock compression setting, similar to the fork. 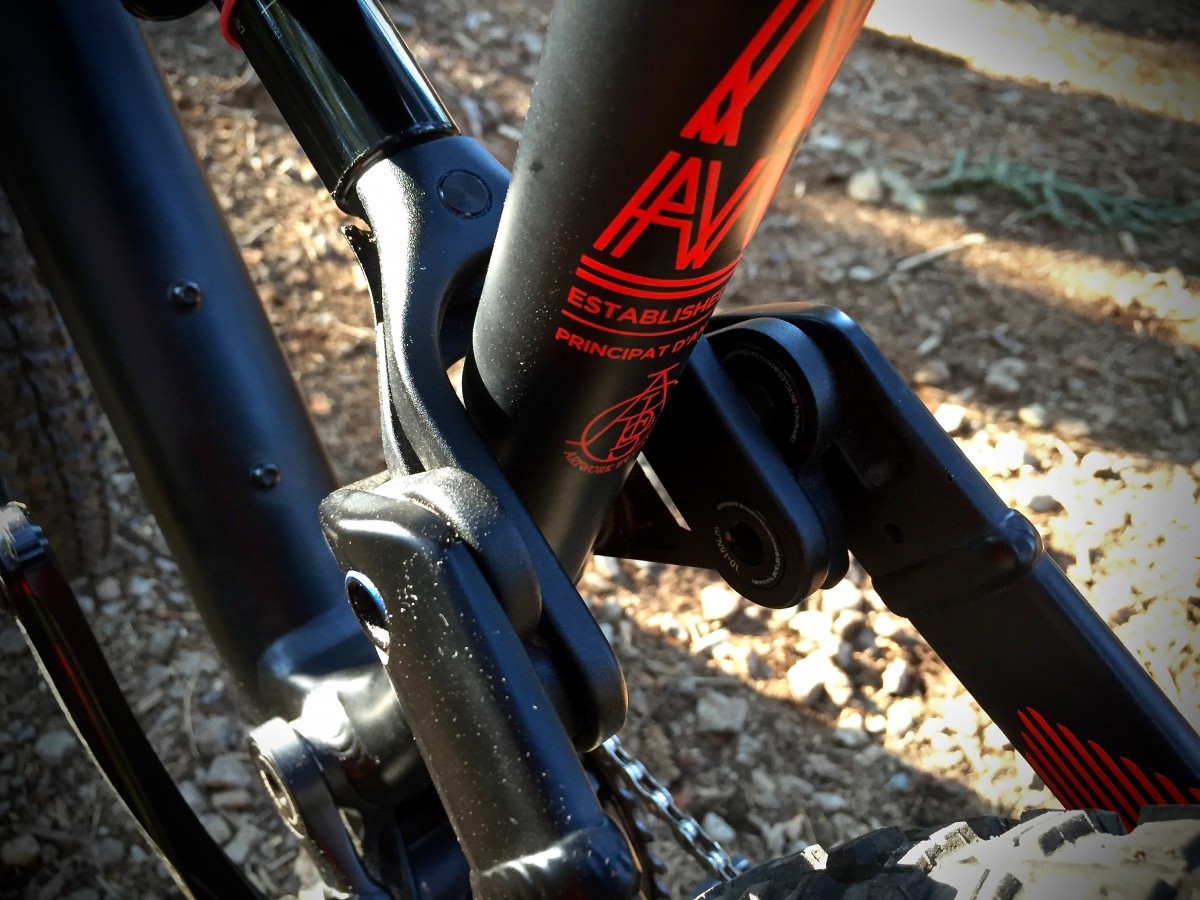 The Contact System, a linkage-driven single pivot, is Commencal’s suspension platform employed on the Meta AM V4. With the rear axle on the chainstay, compression of the shock creates a circular rear wheel path around a pivot point located forward of the bottom bracket and in line with the chain. While single pivots aren’t exactly known for their pedaling efficiency, they do make for a plush ride, and Commencal claims to have optimized their pivot positions for better traction, balance, and pedaling efficiency. 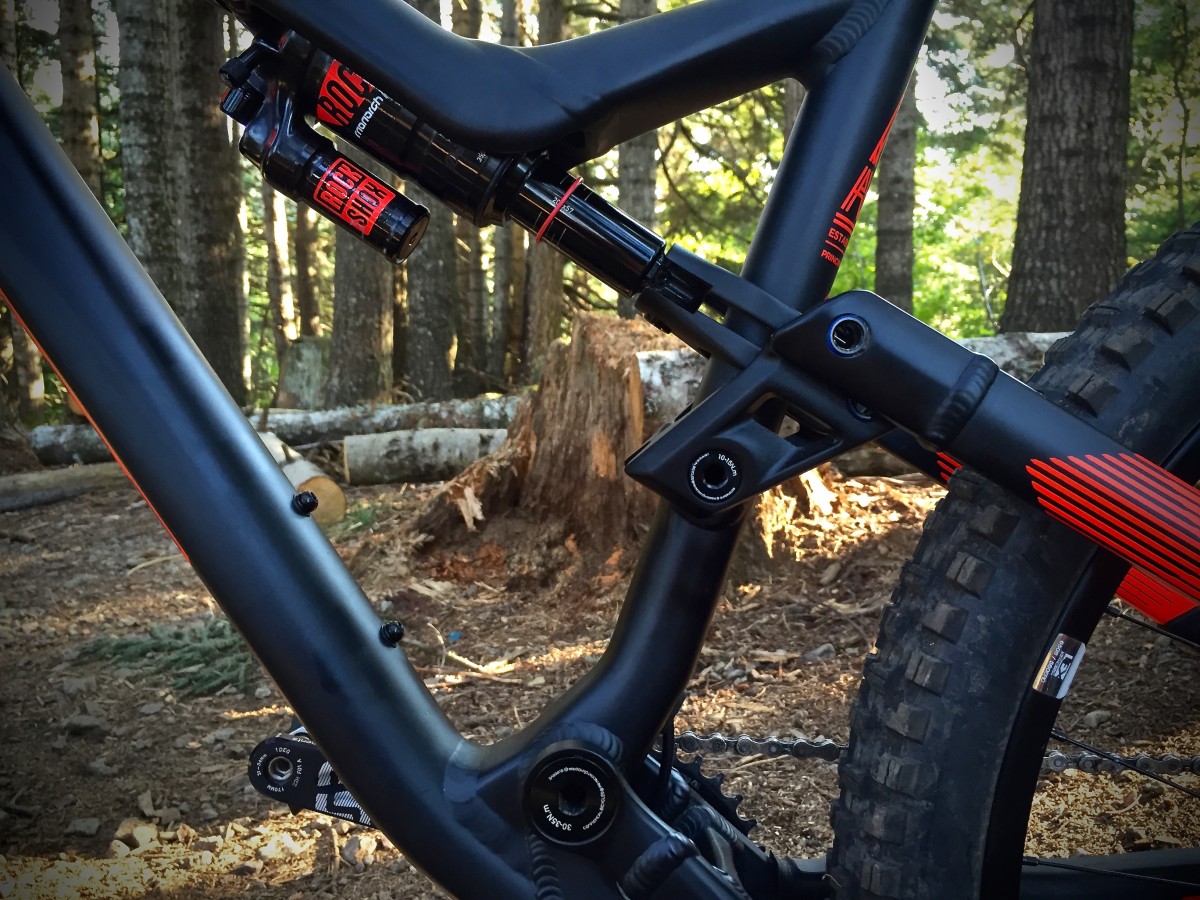 You had me at 50mm stem. While other bikes marketed to the enduro crowd keep messing around with moderately short stem/long bar combos, Commencal gets after it, stocking the Meta AM with a 50mm stem and 780mm bars from its in-house brand, Ride Alpha. The saddle and hubs are also Alpha which, although not a huge player in the component game, is one way Commencal can control production and pass the savings on to you. In keeping with the RockShox theme, the Meta is stock with a RockShox Reverb Stealth dropper, which also works very well aesthetically with the murdered-out Monarch and Pike.

For 2016, Commencal stays with a tried-and-true SRAM 1×11 drivetrain (X01 RD, X1 shifter), but switched from its 2014 RaceFace to an e*thirteen TRS+ crankset. Take note: on the small and medium frames crank arm lengths are 170mm, while the large and extra large come with 175mm. The 650b wheelset also gets the e*thirteen TRS+ update laced with CN spokes on Alpha hubs. The Meta is not compatible with a front derailluer mount, but is compatible with an ISCG 05 chain guide. 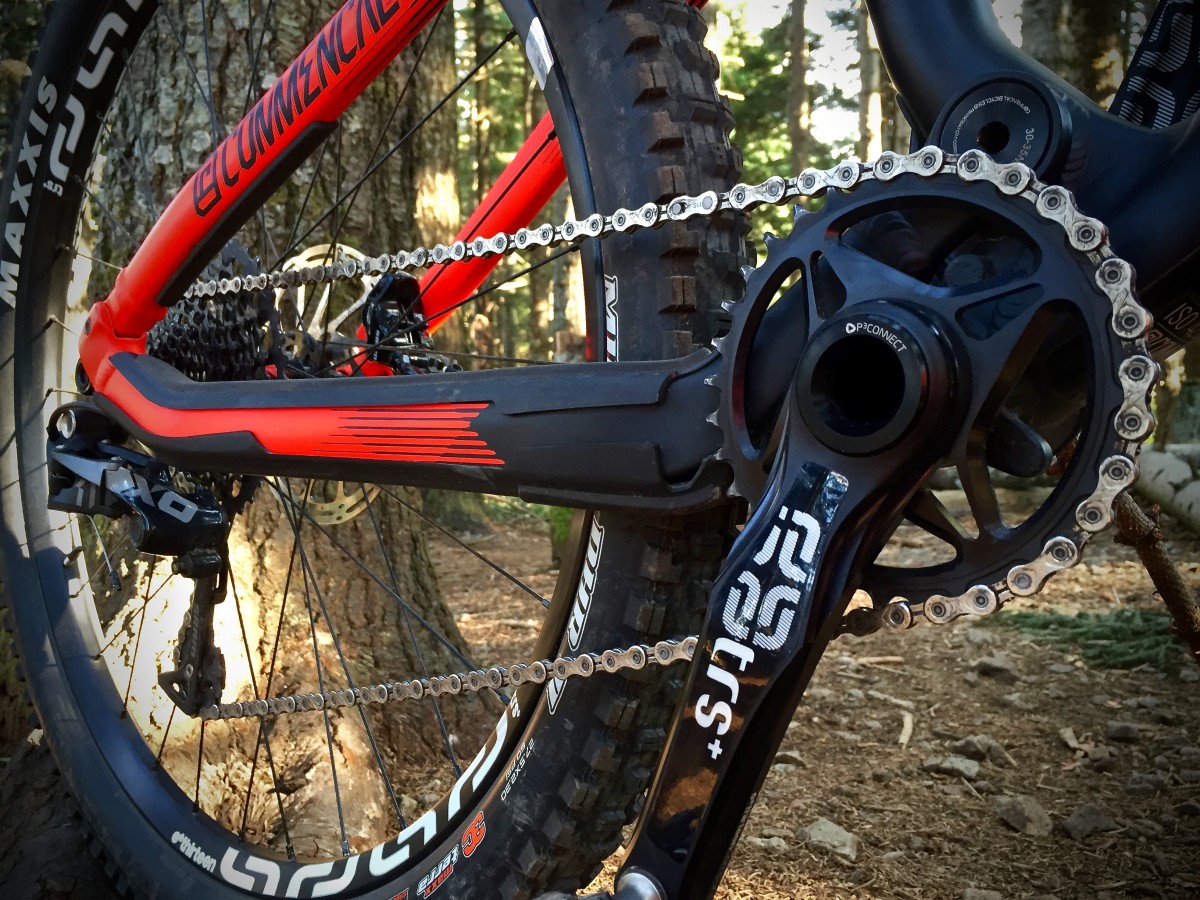 For its maiden voyage, I slogged the Meta AM V4 up a fire road chock full of loose rock and steep grades. To my surprise, given its slack geometry and downhill aura, it doesn’t actually “slog.” More on that later. After pointing it downhill and after the first couple turns and small drops, I had my first “Oh crap!” moment. No, not that kind… more like, “Oh crap! I’m eventually going to have to give this bike back.” More on that later, also. Hint: it rips… a lot! 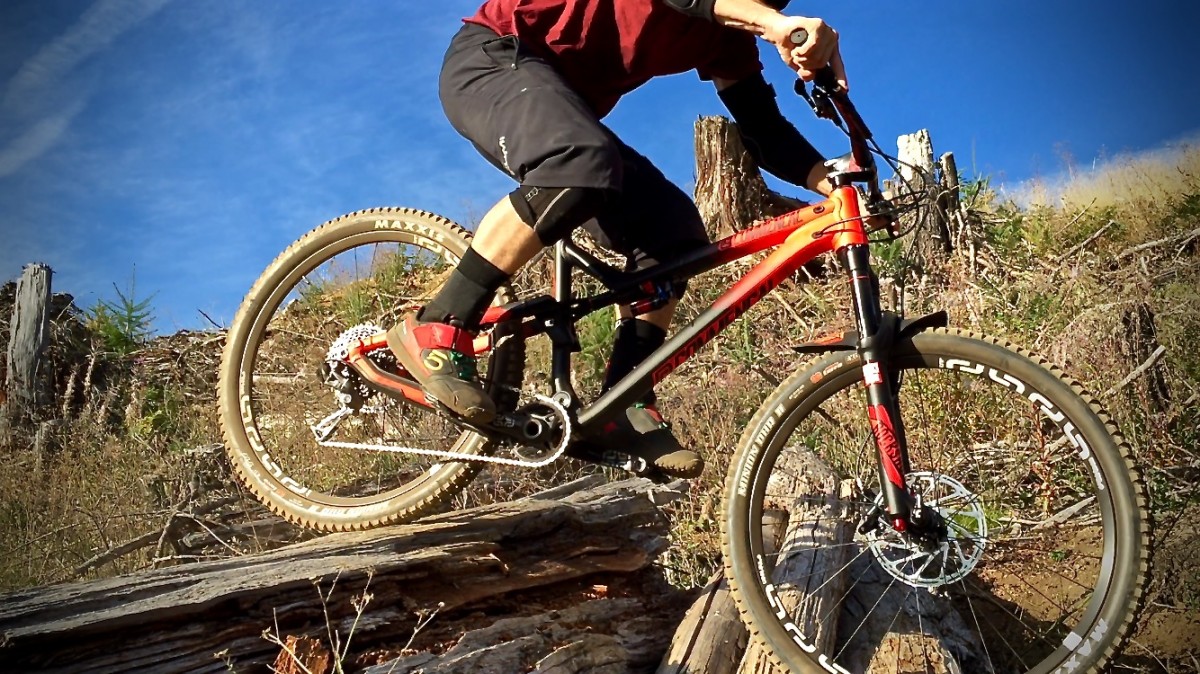 What To Look For

I’m sure the Meta AM V4 is going to go down hills very well, for that is its primary purpose. And while I will attempt to punish this bike’s descending ability, a good question for the V4 “Race” is, “how well it will perform under enduro-like conditions?” If you enduro, you know that besides going down hills really fast, your bike needs to: (a) climb somewhat efficiently, (b) respond relatively well to out-of-saddle accelerations, and (c) be comfortable for up to 4-5 hours in the saddle.

Additionally, I hope to learn something interesting about Commencal’s Ride Alpha brand of components which, on this bike, are the hubs, stem, bars, and saddle. 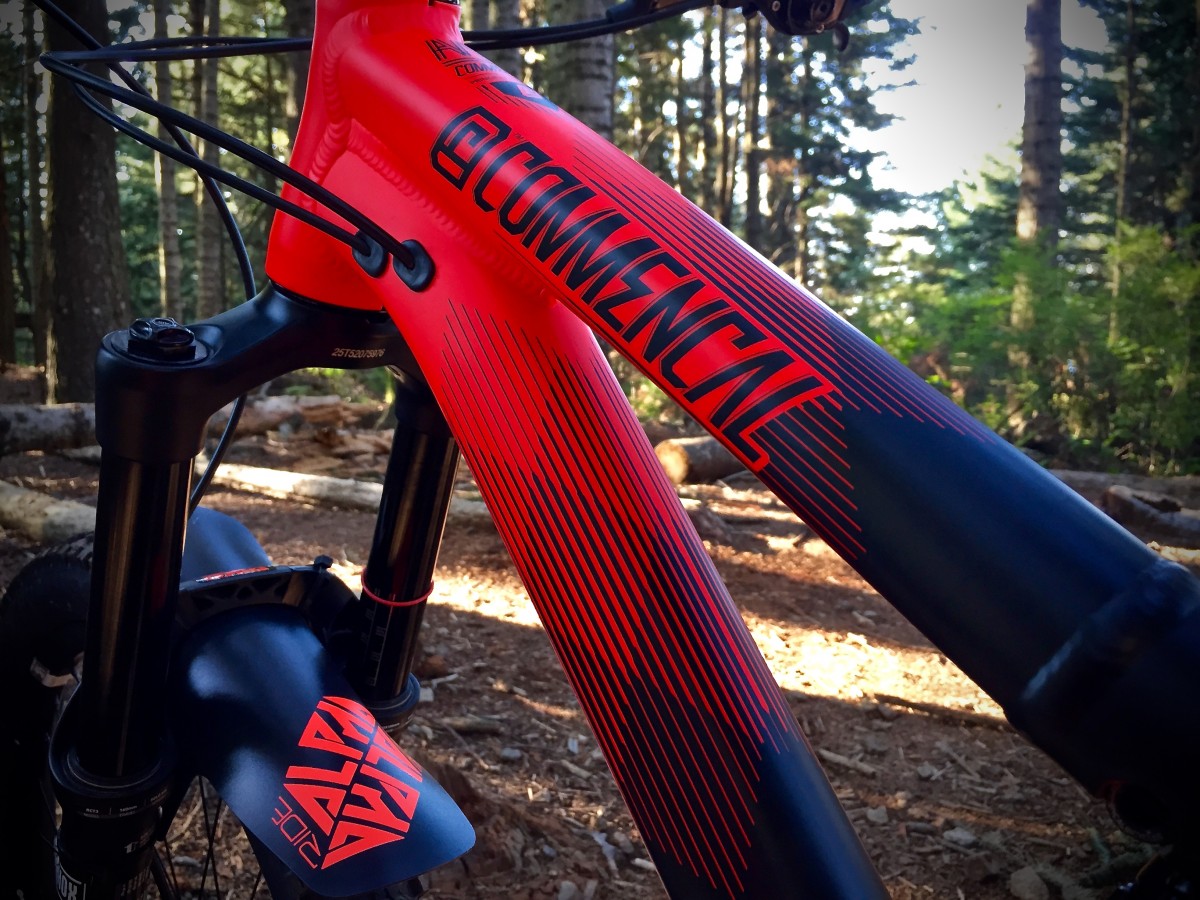 What questions, concerns, or thoughts do you have about the Commencal Meta AM V4 Race?

Owning it since the beginning of summer 2015. Love all about it; the feeling, the response, the climbing and the descending. Flexing Ride Alpha rims were the only complaint I had. Replacing them with a pair of DT Swiss EX471 and Hope Pro2 hubs solved the issue and made it a great bike to ride all around.

That thing is seriously sweet!! Dang!!! 🙂