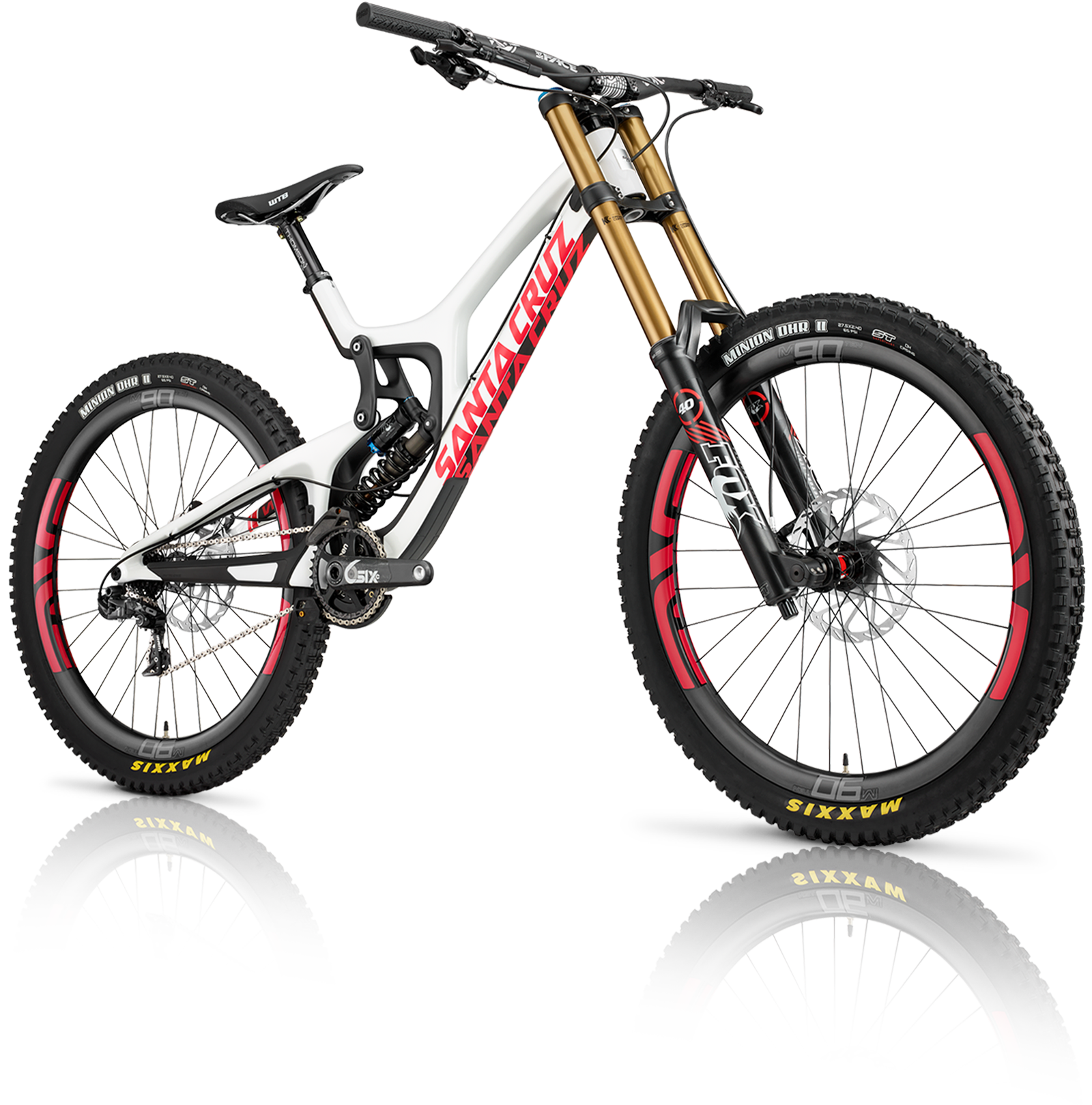 The all-new V10 Carbon downhill bike from Santa Cruz was just released this week; feast your eyes on its beauty!

27.5″ wheels have continued to take the world cup downhill circuit by storm, and the new V10 is the latest DH race rig sporting the tweener wheel size. Prototypes of the 27.5 V10 have already been winning races in 2014 beneath famed riders such as Peat, Minaar, and Bryceland, but now this beaut of a rig is officially available for purchase!

Here are the deets from Santa Cruz:

The arrival of 27.5” wheels marks a sea change in the V10’s evolution.

In development with the Syndicate since early 2013, we wrung full potential out of the new wheel standard before unveiling it at the races.  The restraint paid off, and the new V10 hoovered up a 2014 World Cup title and a World Champs medal within weeks of being released.

Drawing on feedback from Peat, Minnaar and Bryceland on their personal settings, the 6th generation of our flagship model now offers 216mm / 8.5” of travel in two adjustable geometry positions:

The shock rate has been tuned to be less progressive than the previous model, delivering more consistent damping throughout the travel.

Carbon lay-up analysis and frame shape optimization allowed for more efficient use of material, and the savings were then reinvested into other areas to ensure the bike withstands Ratboy’s huge flat landings.  The front triangle and swingarm sport larger-diameter sections, but we’ll refrain from the usual drone about the positive effect that has on strength and stiffness.

The new frame benefits from a slightly longer reach to suit evolving rider preferences.  However, our athletes felt we always struck a good balance with our chainstay length, so we focused on maintaining this dimension when accommodating larger wheels.

As if a complete redesign weren’t enough, we’ve also introduced the new Carbon C frame with a Zee build kit. This build puts V10 performance within reach of more riders than ever before, lifting the race pace of World Cup athletes and privateers alike. 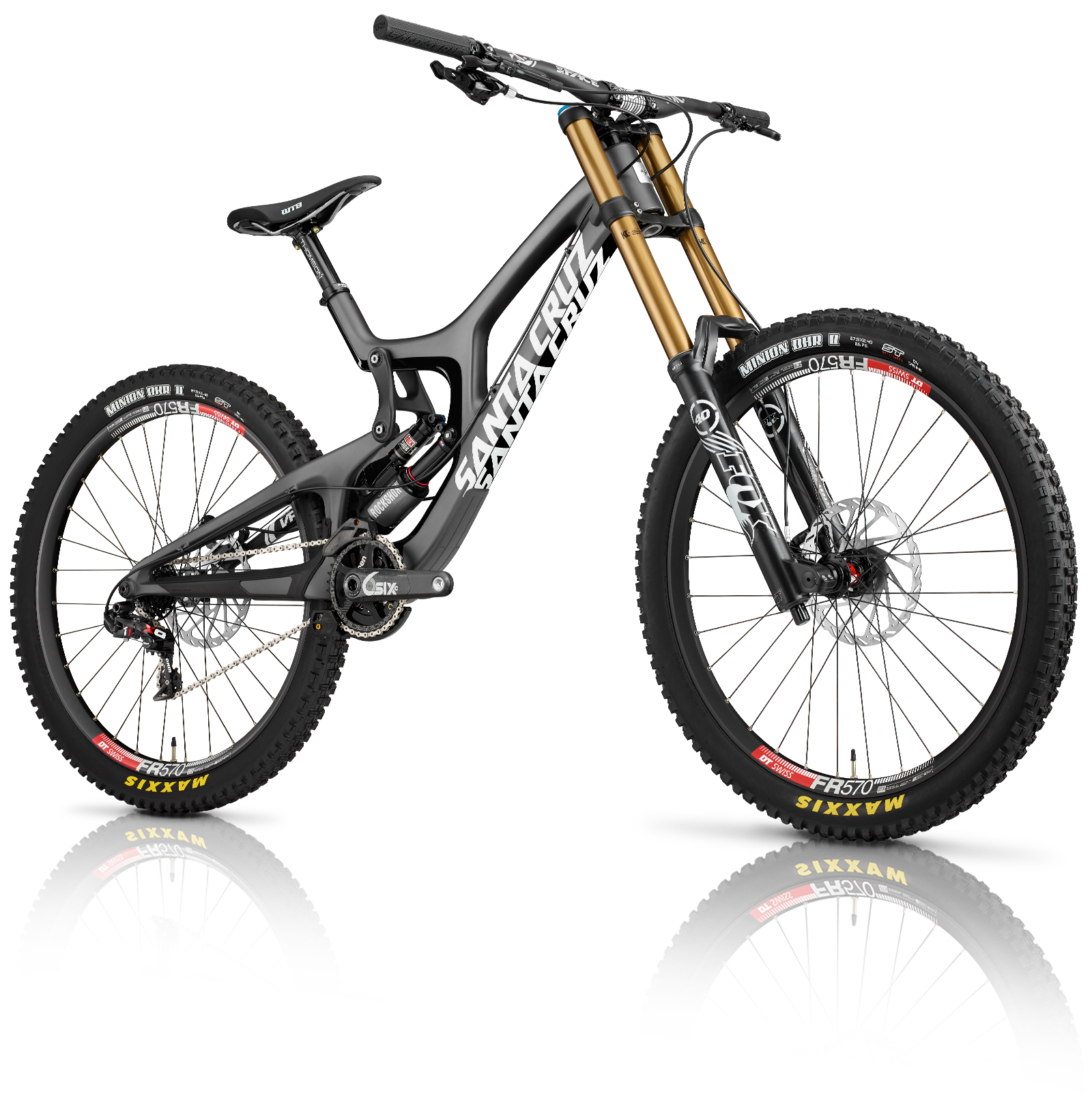 Taking a collection now…Please donate to the Syd’s get a new v10 fund….

I will contribute exactly as much as you put inyi “Fisch’s get a new Yeti SB6c fund!”