If you’re a gravity lover, you’re most likely painfully aware of how important your helmet can be. Helmets are important for all of us, of course, but the downhill boys and girls need a little extra protection.

Luckily, the sport of motocross has been tossing humans to the ground with bone-shattering force for decades now, and their helmets are pretty burly. But to wear a motocross helmet on a bike can also be un-fun because of the extra weight. And then there’s the size.

At the intersection between lightness, low weight, and small size comes the new Shiva helmet from Kali. Though it is meant to be a motocross helmet, it is a super light and small one. 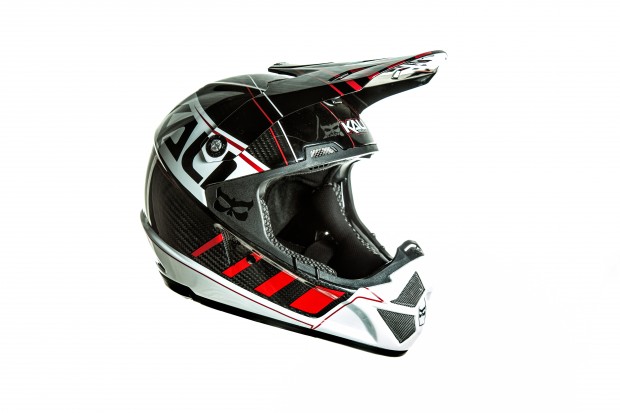 Here’s Kali’s verbiage on it:

Weighing in at a mere 1050g, the Shiva™ is between 400 and ­600g lighter than our competitor’s highest-end offerings. In addition to being one of the lightest DOT helmets on the market, it’s also 30% smaller than your average motocross helmet.

As usual with lightweight bike gear, the best of the best will cost you. Kali is looking for an MSRP of $599USD for the Shiva, so it’s not exactly a low-cost alternative. But it does represent quite a lot of R&D by folks who know how to R and know how to D.

Check out this comparison of helmet styles, with the Shiva’s high-tech force-distributing Carbon Fusion Plus pyramids at far right.

If you’re looking for the best of the best when it comes to protection for your melon in a downhill situation, the Kali Shiva may just be the one. For more information, click on over to Kali’s web site, and check out the official release video here: