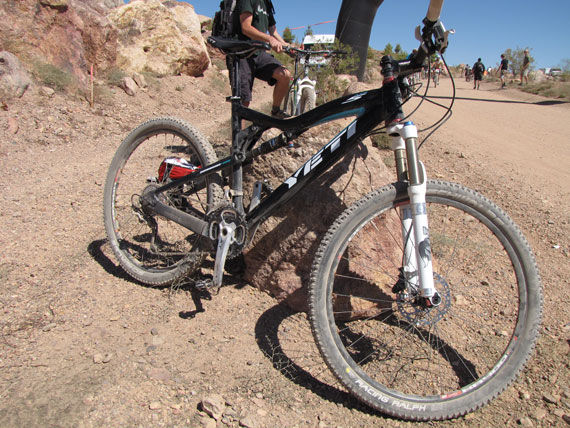 A lot of you asked to hear about the Yeti 575 and unfortunately, I didnt get on one today. However, the Yeti rep that I spoke with convinced me to try the new ASR 5. It turns out that the rear spring rate on the ASR 5 is higher than the 575 but what does that mean? Well, for a heavier rider (175 lbs +) you may benefit more from a bike like that. Being on the north side of 175 myself I was convinced to give the ASR 5 a shot.

The ASR 5 is decked out with Shimano XTR/XT for the drive train and is complemented with the full Fox suspension package: FOX RLC 150mm travel QR15 up front and a RP23 with Boostvalve in the rear. The ASR 5 also features the new 142mm rear wheel spacing which claims to increase rear wheels stiffness. 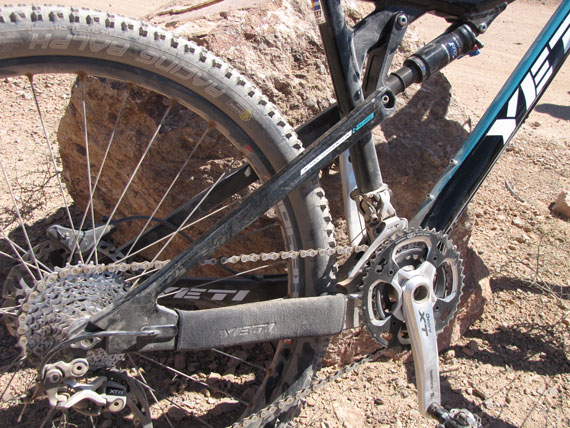 The course layout at Bootleg Canyon is pretty typical – nothing too extreme, lots of turns, and moderate elevation change. The terrain is mostly hard pack with a layer of course sand and small gravel on top with the occasional rocky sections. I found that the bike handled well for a long legged trail bike: it was light and responsive and changed lines easily. On the turns the bike tracked well with no hint of wandering.

When it came to adding more power on the pedals while staying in the saddle, the bike moved efficiently forward without a hint of bobbing. I found that climbing out of the saddle wasn’t quite as efficient as staying seated and spinning so if you like to climb off the saddle you will find that you need to position yourself over the bottom bracket. 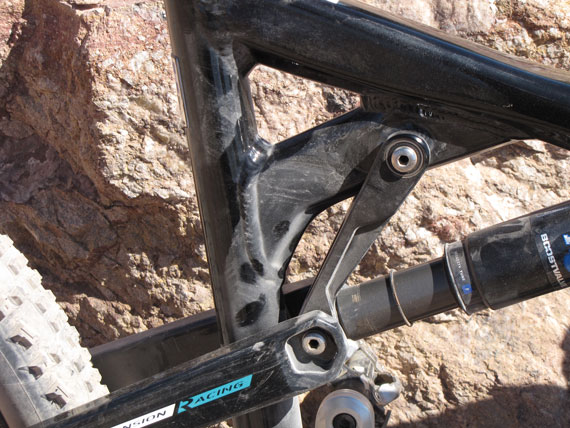 Overall the Yeti ASR 5 is a decent trail bike that’s tough enough to push your limits on the trails. The quality of the build and attention to detail on the ASR 5 is exactly what you would expect from Yeti.