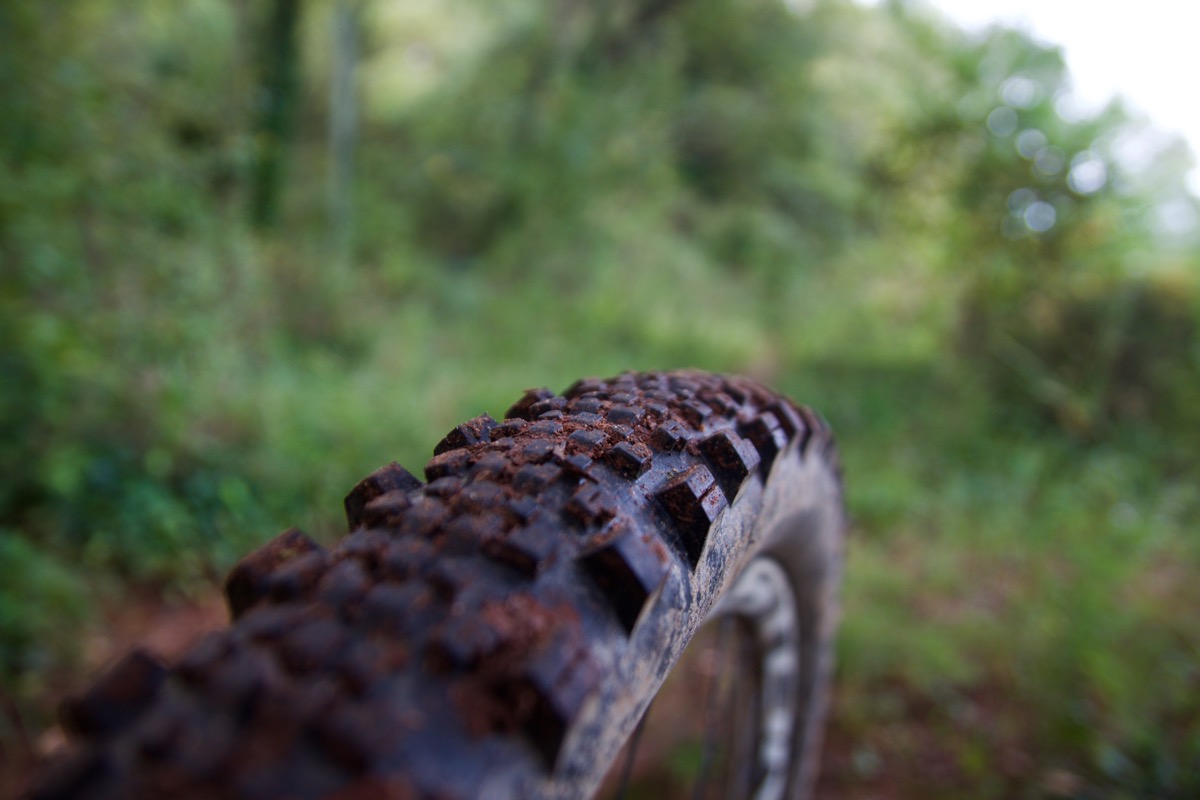 What do you get when you cross a burly downhill tire with a lightweight, fast rolling one? Well, you get something that looks exactly like the new Maxxis Minion SS. To be honest, it’s an odd looking tire that will leave some riders scratching their heads, but after running this tire for several weeks now I can tell you it’s oh-so-sweet on the trail. 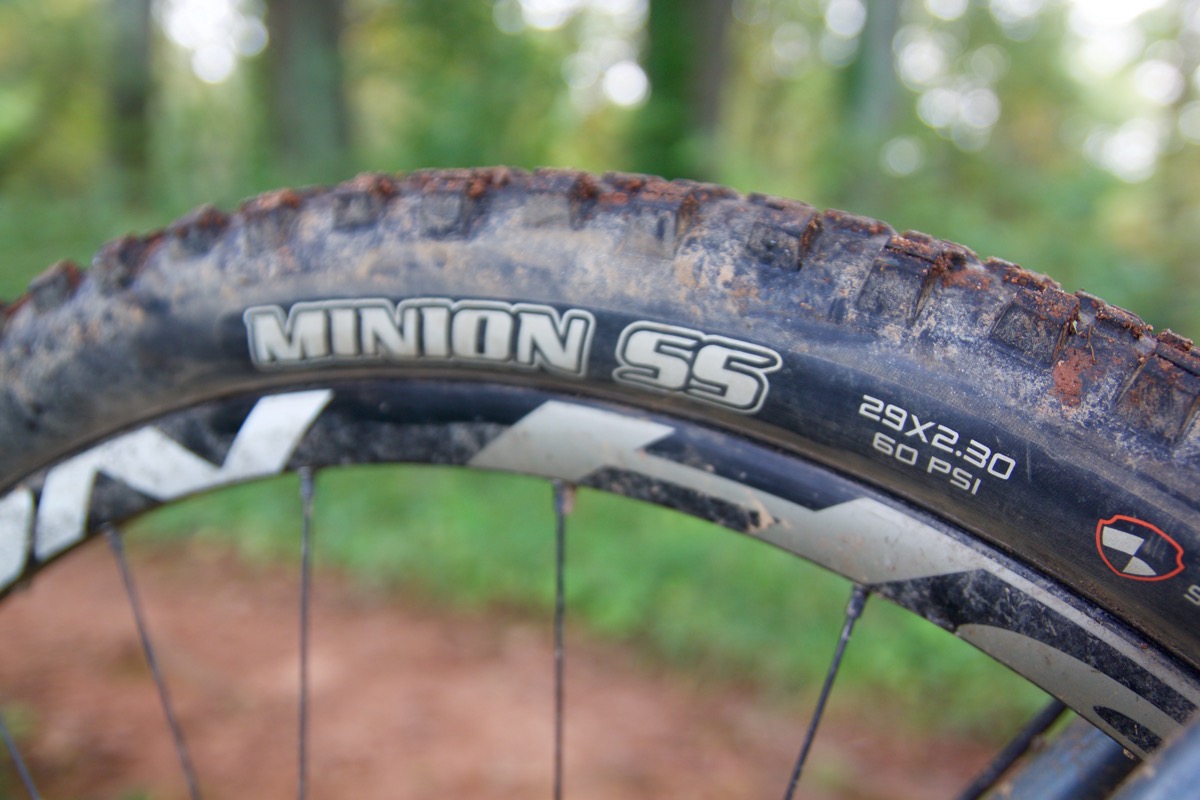 The Minion SS is a nearly semi-slick tire that cribs massive side knobs off the wildly-popular Minion DHF and DHR II tires while introducing a low profile pattern in the middle of the tread. The idea is that riders can take advantage of low rolling resistance through straight sections and also maintain excellent cornering abilities when leaning the bike sideways. 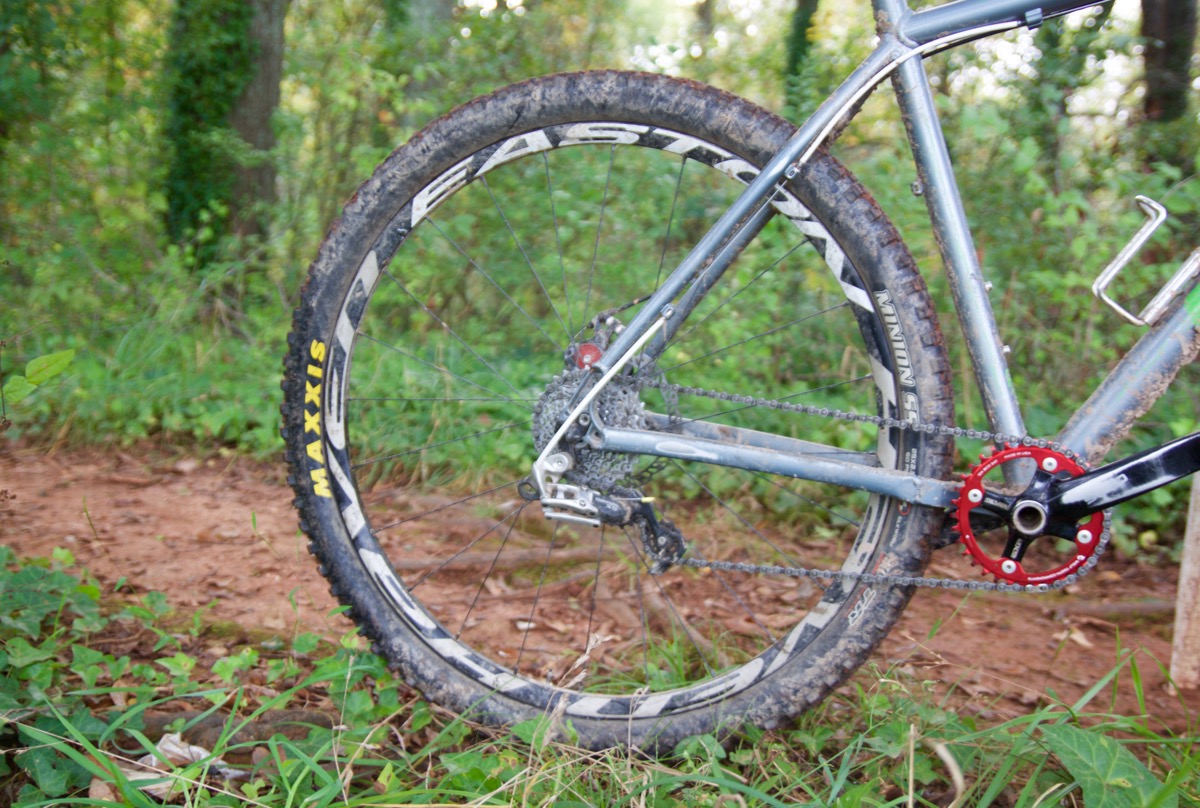 At 814g (weighed) for the 29×2.30 version I tested, this tire sheds considerable weight off the Minion DHF, and I suspect many enduro riders will be giving this tire a look for the 2016 season. The tread is directional, and most riders will want to run this as a rear tire, pairing it with something like a High Roller II up front.

Maxxis is moving toward making all their new tires tubeless-ready, and the Minion SS is no exception. I had no problem mounting or seating these tires on my 29er and after weeks of testing, I’ve noticed little air seepage. 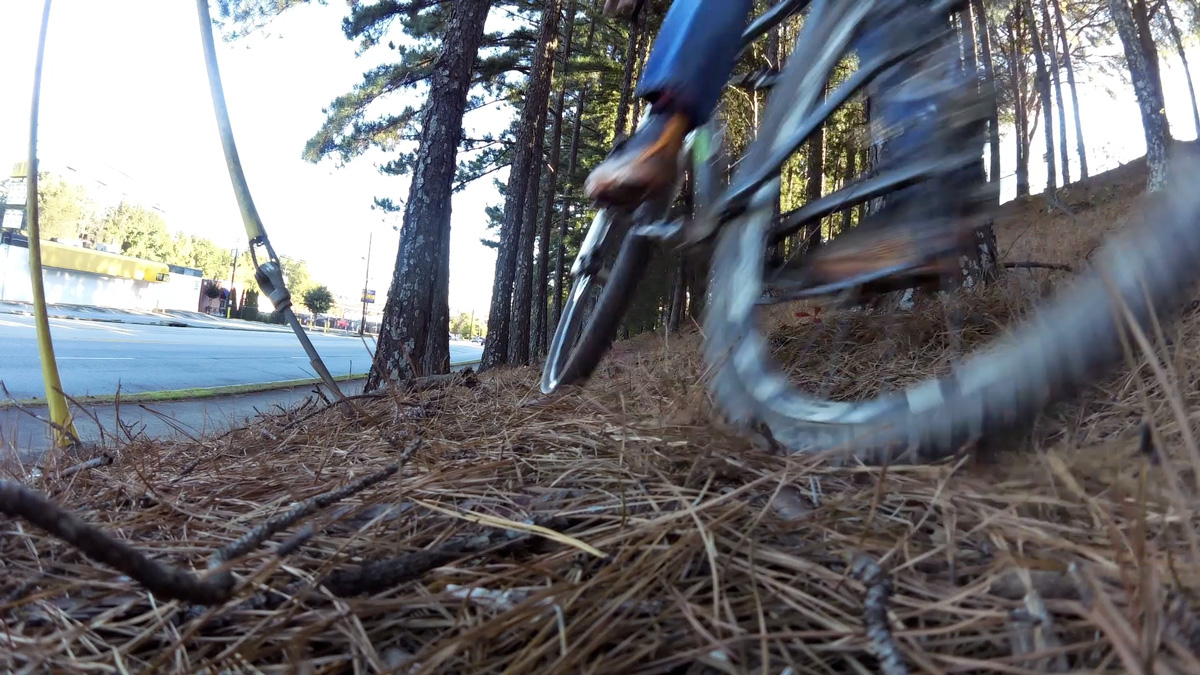 Early on in my testing, one of the things I noticed is how well the Minion SS rear tire handles off-camber and side-hill trail sections. The side knobs literally cut into the high side of the trail, while the center tread rolls smoothly and confidently. The Minion SS tire makes easy work of old school singletrack trails in the mountains–no bench cut required. 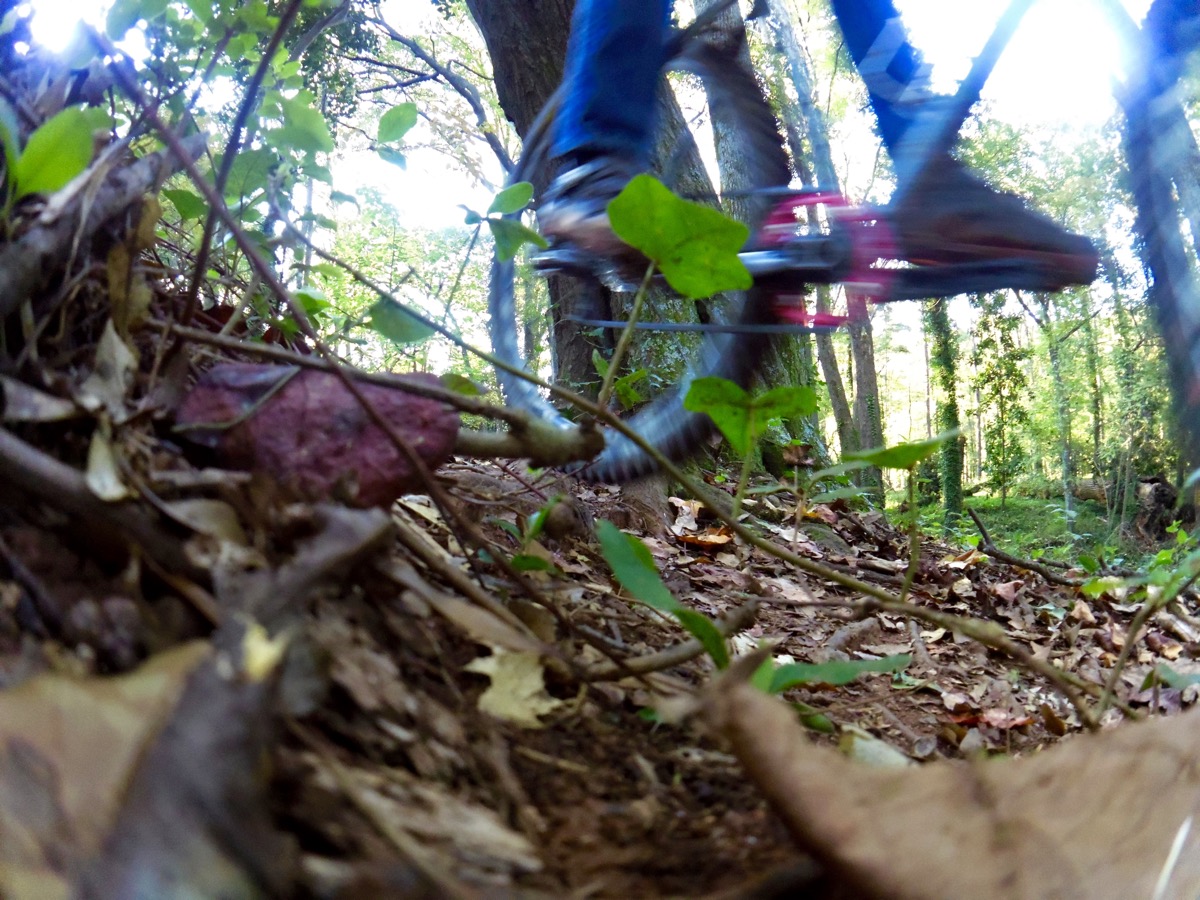 As a semi-slick rear tire I was afraid the Minion SS wouldn’t hold up in damp or greasy conditions. We’ve had some early fall rain here in Georgia and even on steep climbs, the Minion SS performed surprisingly well. I found that rocking my bike from side to side just a bit with each pedal stroke allowed the side knobs to get just enough purchase to get me up even the steepest inclines.

Astute readers will note the Minion SS doesn’t really have traditional transition knobs between the center tread and side knobs and for this reason, I personally didn’t consider running it as a front tire. With this tire mounted at the rear end of the bike, I haven’t noticed any harsh transitions into corners or ill effects.

I personally dig semi-slick tires like the Minion SS, though I understand this style of tire isn’t for everyone or for all conditions. But for trail and enduro riders who like to push the limits in relatively dry conditions, the Minion SS is an excellent choice. This is definitely a tire I plan to keep running for a long time.

As of press time, an official MSRP hasn’t been released for the Minion SS, but expect it to be in line with their other tires.

Thanks to Maxxis for providing the Minion SS tire for review.

Minions were the best upgrade I did to my bike. I may have to give these a spin soon.