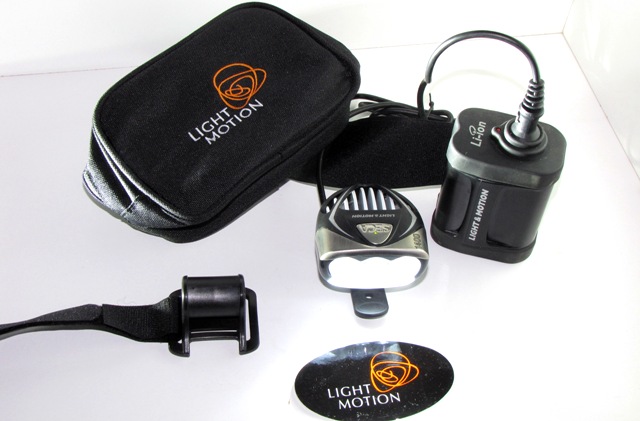 The bright lights just got brighter! If you thought 900 Lumens was a lot of light, the good folks at Light & Motion didn’t stop there. This year the top kit in Light & Motion’s performance line-up showers the trail with 1400 lumens. And get this – this is a totally redone unit, not just a brighter LED strapped onto an existing battery pack.

For starters, Light & Motion redesigned the reflector – the photo to the left below shows the new Seca 1400 compared to last year’s Seca 900. The new beam pattern design makes even more efficient use of every lumen. Rather than focusing more light in a single spot and making you think the light is brighter, the Seca 1400 spreads out the light so your entire field of vision sees a bright, even path. This is something that can only be done with an array rather than a single LED.

Another significant change from the Seca 900 is the way the light attaches to the bar. The Seca 1400 includes a low profile mount that grips the bars better, reducing the chance of getting lopped off during a ride. You still get the smart Multi-Chem charger which will keep the charge time down to about 2.5 hours plus a sleek travel bag to hold the light and battery.

The Seca 1400 features four light intensity settings: high, medium, low and flash. With the light in “race mode,” you can toggle quickly between just high and low intensity for access to the most commonly used settings. The battery produces decent run times as well with 2.5 hours at full blast, 5 hours at medium, and 10 hours at the low setting. Think of it this way: at full power you’re at 1400 lumens but at medium you still get 700 lumens which is brighter than most out lights out there – with 5 hours of run time!

One of the great things that I love about Light & Motion is the fact that they keep everything really simple and use the same connectors from year to year. So if you have an older light from them you could also use that battery on this unit and vice-versa. That’s a bonus for super long night rides – just bring along the battery from another Light & Motion kit for extended sessions.

The smart charger is another awesome feature that you won’t find anywhere else – it works with any battery from Light & Motion and it’s faster and safer than most others you’ll find. The Smart Multi-Chemistry basically charges the battery to peak efficiency and keeps it there until you unplug. The upshot: a fresh charged battery whenever you’re ready to ride. 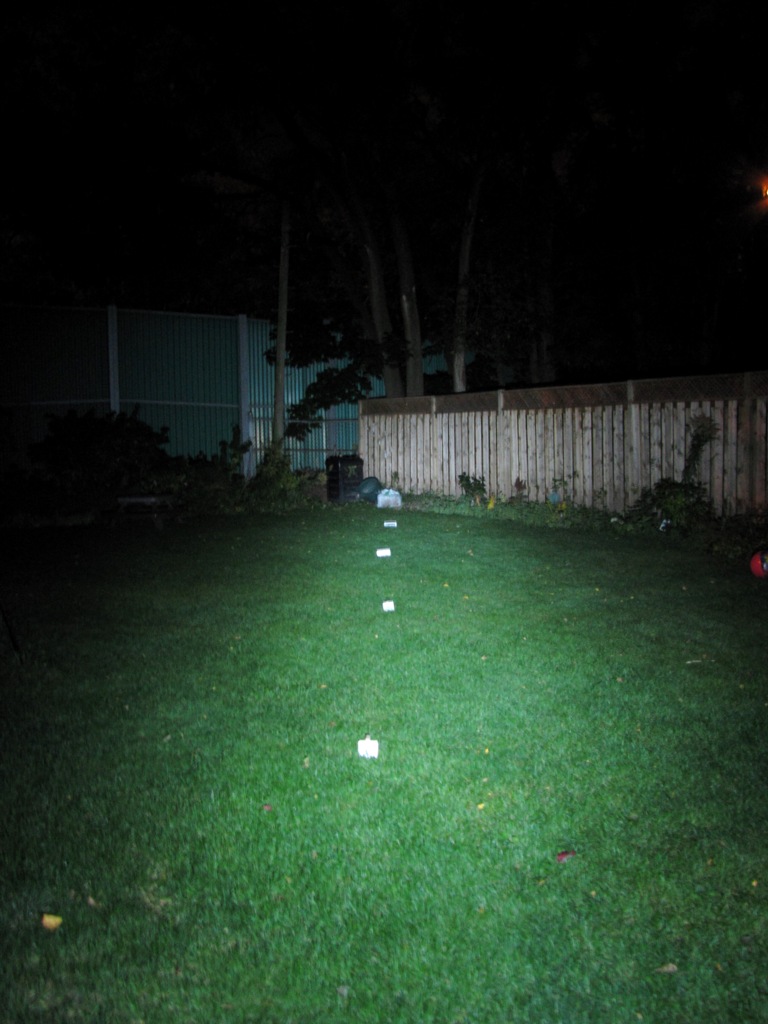 I love riding fast and just because it’s dark outside I don’t want to slow down – luckily the Seca 1400 has me covered. For one thing, unlike other systems I’ve tried, there is no real “hot spot” in the beam pattern, making it easier to read the terrain. The Seca 1400 pumps out light that is uniform both down the trail as well as side-to-side. Even on switchbacks I found the widespread, sun-like light from the Seca 1400 allowed me to see where I was going. In the video below you can see for yourself (the video was shot at 10pm under canopy so there was zero light from any other source). What you may not see, due to how these helmet cams work, is the secondary or fill light. The camera meters light only in the main beam so unfortunately the exposure is slightly off. Nevertheless, it gives a good impression of real world performance on the trail.

Some lights tend to wash out the ground features and hide ripples and unevenness in the terrain but not the Seca 1400. I really noticed this when I rode sections back-to-back with the Seca and then using a budget brand light – talk about an unfair fight. Of course to get this level of performance you’ve gotta be willing to pay the price – in this case it’s $699 MSRP. I know it sounds pricey and to be honest not everyone needs that level of light on the trail. However if you’re a rider who rides fast and often or you simply can’t afford to have a system that could fail or not work properly in rough conditions, the Seca 1400 is your go-to light. After a few test rides I found I didn’t need the Stella 200 on my helmet anymore to augment my bar light – that’s money in the bank.

I personally love the quality of this light. The entire package is low profile and compact so it doesn’t take up much space on the bars, it’s aerodynamic, and it’s less prone to disastrous snags along the trail. With the perfect beam pattern and the near true white light fired from this unit, you’ll swear the sun is following you on your ride.

I have to thank the folks at Light & Motion for illuminating my evening rides and providing the Seca 1400 for review.

Progression
Sizing Up or Down Based on Riding Style Can Work,...
Trails
Cuyuna and Pisgah Add New Trails, While Utah Gets a...
Progression
How to Ride Flat Corners on Your Mountain Bike
Gear
Would You Rather Ride with No Suspension, or No Dropper...
Subscribe
Login
Please login to comment
1 Comment
Most Voted
Newest Oldest
Inline Feedbacks
View all comments

[…] 100 lumens isn’t a ton of light (see element22′s recent review of the Seca 1400 which pumps out 14-times as much brightness!) but we found the circular beam pattern provides just […]