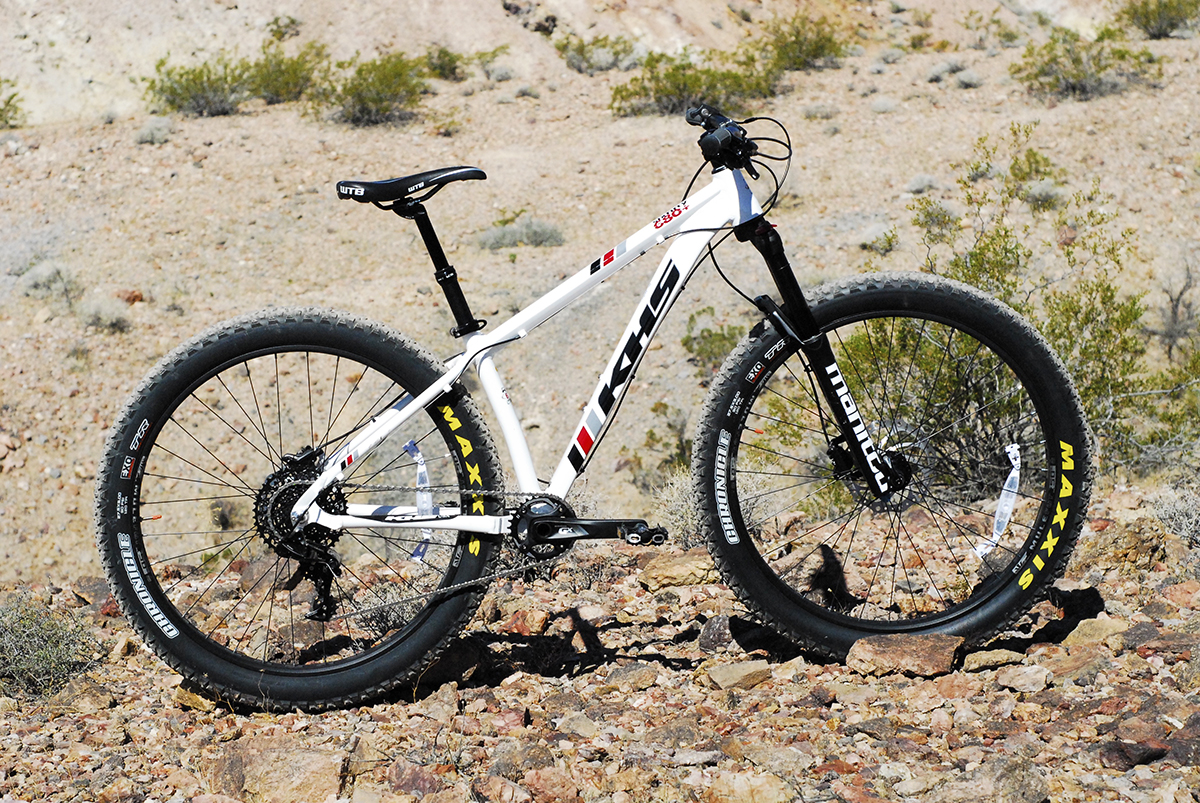 To be completely honest, I wasn’t really familiar with KHS bikes until I checked them out at the Outdoor Demo at Interbike. Part of my plan for the event was to ride some bikes from brands I either hadn’t heard of or just hadn’t ridden in the past, and KHS fell into that category. When I found myself wandering around the expo first thing Monday morning looking for a bike to ride, KHS was one of the first booths I came to.

It turns out that the company has been around since the ’70s and offers an extremely diverse selection of bikes, from downhill and gravity-centric mountain bikes to road bikes and hybrids. They even branch out into tandems, folding bikes, and kids bikes as well. They also offer a wide variety of price points on their mountain bikes, from right around $300 to just over $6,000. Last year at Interbike, Jeff checked out the SixFifty 7500, a 27.5″ full-suspension enduro rig. As I eyed up the selections for this year, a 27.5+ hardtail caught my eye, so I took it out for a spin.

The SixFifty 680 Plus features a double-butted alloy frame with replaceable derailleur hanger that can accommodate 29-inch wheels as well as 27.5″x3″–as with most plus bikes on the market currently.

The bike comes stock with a Manitou Magnum Comp fork with 120mm of travel, a SRAM GX1 11-speed drivetrain, and Shimano BR-M396 hydraulic brakes. A KS eTen dropper is also included in the build. Maxxis Chronicle tires are mounted on 50mm Sun Mulefut rims for a tubeless-ready setup, and of course everything is Boost-spaced. 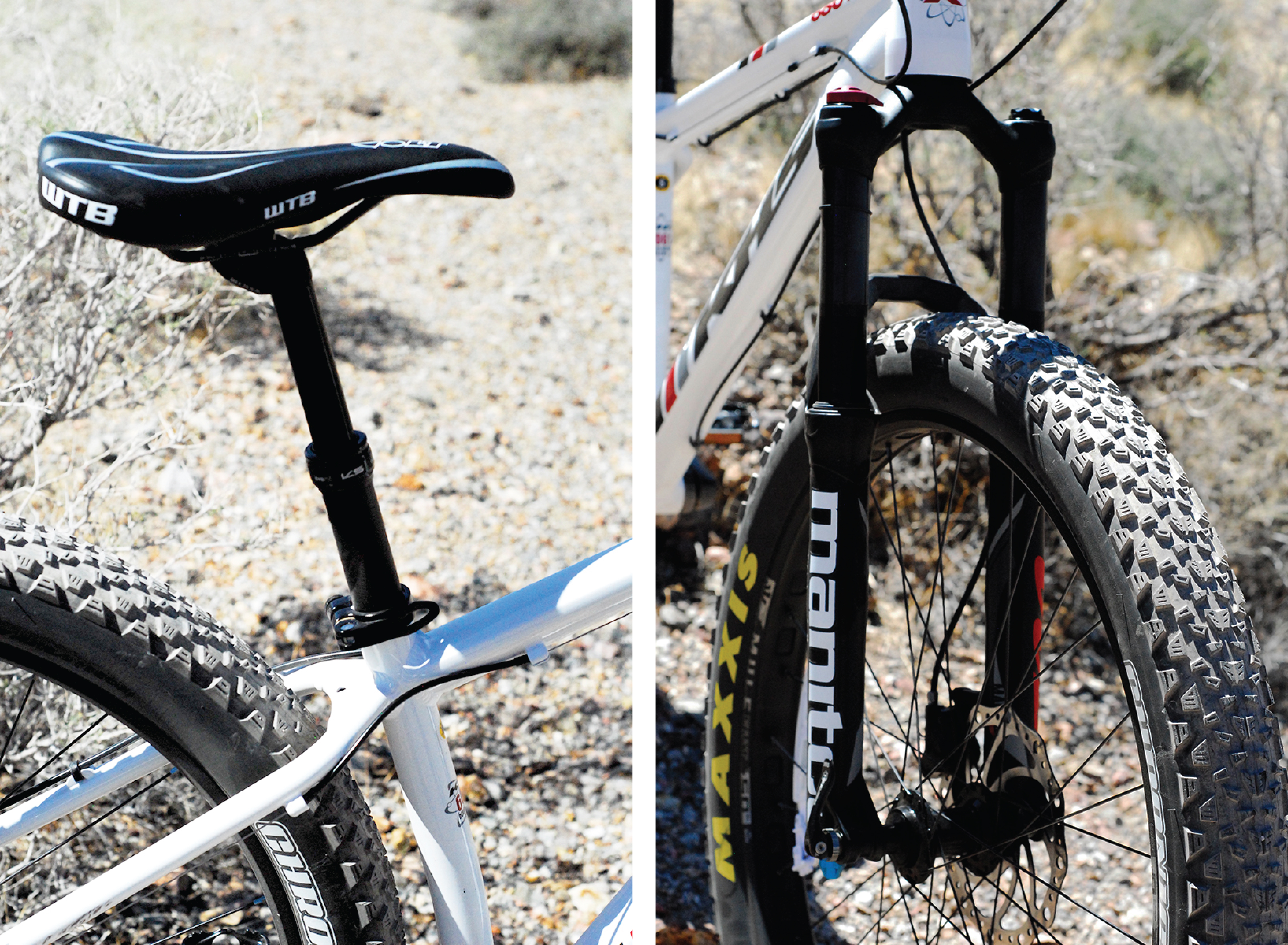 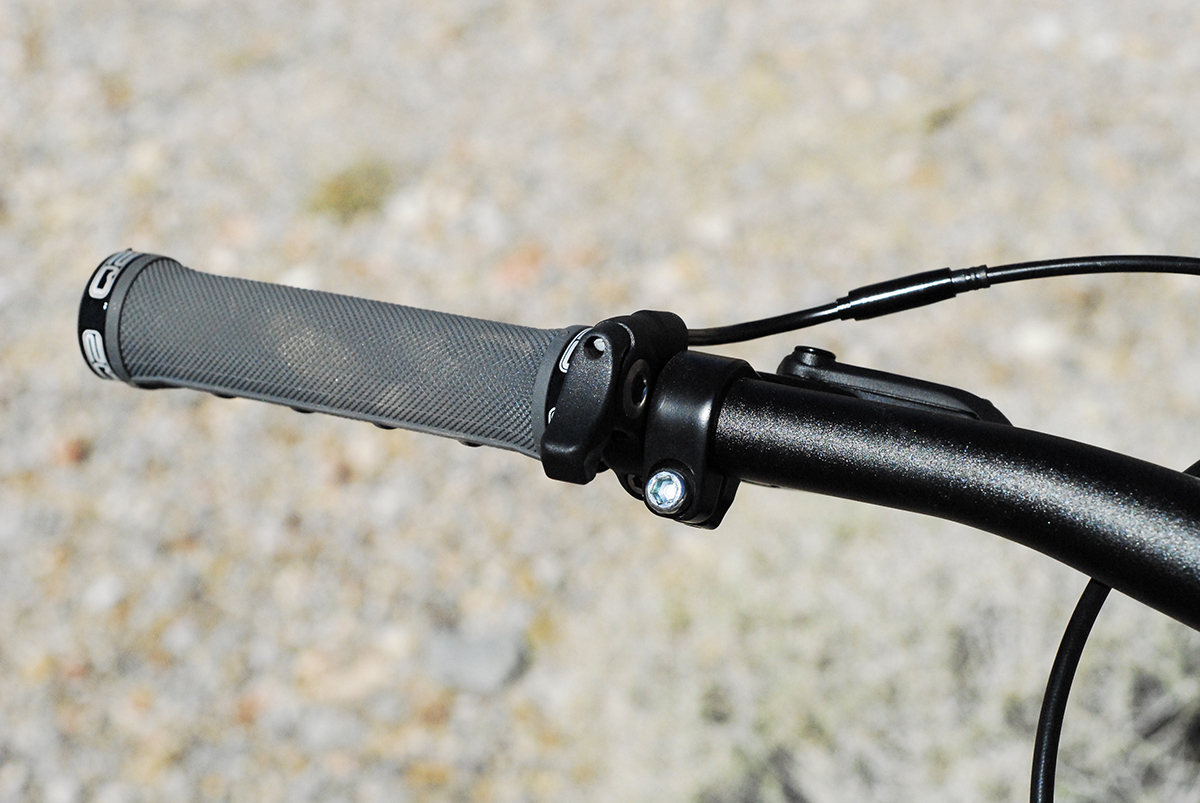 I was a little disappointed right off the bat with the fact that the KHS booth didn’t have any SPDs to lend me. I’d forgotten to bring my own pedals, because every other demo I’d ever been to had plenty to spare. So I sucked it up and rode cheap flat pedals in my FiveTen Kestrels. Luckily, they have enough of a flat rubber sole that it wasn’t terrible (in more “traditional” clipless shoes, it would definitely have been). I hadn’t ridden flats in years, aside from around town, so getting used to them was a challenge. While I still feel like I gave this bike a fair test to the best of my ability at the time, I also didn’t ride as aggressively as I would have if I’d been clipped in.

But despite the fact that it was 100 degrees (and heat is not exactly my friend) and I had an inappropriate footwear/pedal combination, I still had fun. The 680+ is a trail-oriented hardtail with a slack 67-degree head tube angle and short 430mm chainstays, and it really shone on the descents, despite lacking the squish in the rear. Climbing felt a little cumbersome and slow, especially on pavement, but of course some of that could be attributed once again to the pedal situation (little things do matter).

The KHS SixFifty 680 Plus is a decent 27.5+ hardtail, especially considering the specs for the money. At $2,199 MSRP, this is a quality bike on the affordable end of the spectrum.