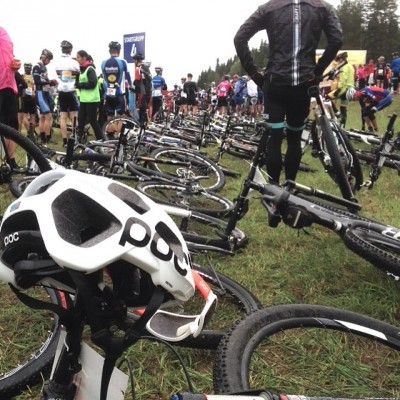 I enjoyed being in the POC Sports booth this year at Interbike. It was stylish and light, like an Apple store, but instead of computers and phones they had top notch protective cycling gear. It feels nice to be around people who are just as concerned about the safety of my brain and spine as I am. You don’t get much of that in an Apple store.

We like talking about POC as much as we like talking to them. Back in June, mtbikerchik reviewed POC’s Trabec helmet here. And Syd has reviewed the Crane and the Cortex DH MIPS helmets as well.

Here’s POC’s new super fancy road helmet, the Octal AVIP MIPS, just announced back in August. Yes, this is a road helmet, but some people, namely me, usually wear road helmets for MTB too. What can I say? I like the air flow. 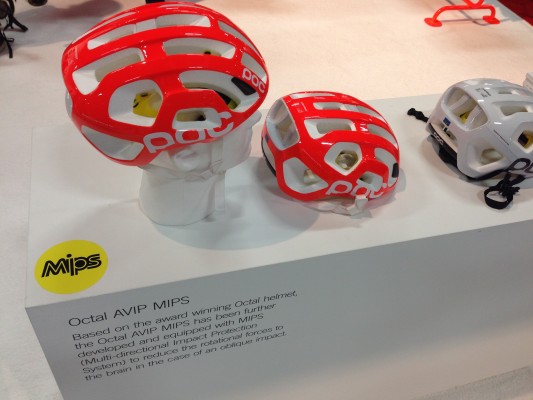 If you’re wondering what MIPS is, here’s a helpful primer. The Octal AVIP MIPS retails for $320.

I joke about POC being concerned about my brain and spine, but the truth is they’re concerned about safety at every joint and from every angle. If you’re looking to protect knees, elbows, fingers, you name it, POC has a product to help.

In fact, they even make a hydration pack with safety built right into it, called the Spine. This is the VPD 2.0 Spine Pack 15 with removable spine protector and hydration system compatibility. Just pick up your favorite-style reservoir, chuck it in, and pedal on. 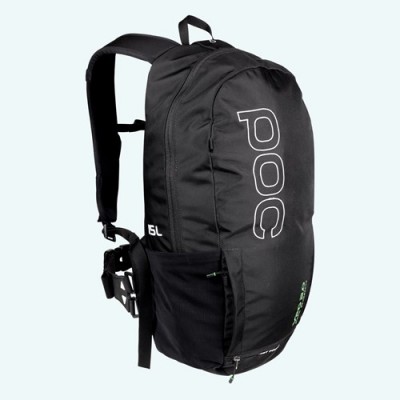 The VPD 2.0 Spine 15 retails for $175. We don’t know a claimed weight on it but having handled it I can say it’s more of a sturdy item than ultralight. Stay tuned for Greg’s in-depth review of this pack later this fall.

News
Transition Debuts Their Lightest Mountain Bike Yet With the 120mm...
Gear
MTB Gravity Pants from DHaRCO Just Might Replace Your Favorite...
Beginners
How to Prevent Leg Cramps When Mountain Biking // Tips...
News
Bentonville Crowns Itself Mountain Biking Capital of the World™