Interbike is one crazy show with so much to see. My poor camera racked up 1500 shots in two days, filling my SD cards. Narrowing it down is tough. Such gorgeous bikes from companies like Scott don’t make it any easier. 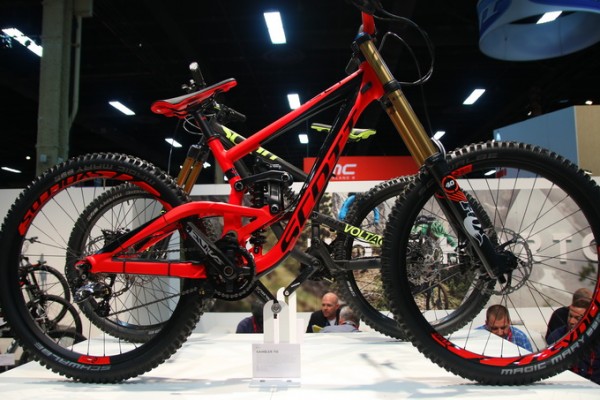 The reworked Gambler looks pretty hot. A close up shot of the rear reveals an adjustable rear axle position. What you don’t see is another chip that changes the shock position, effectively changing bottom bracket height and head angle. And yup, you guessed it: 27.5″ wheels. 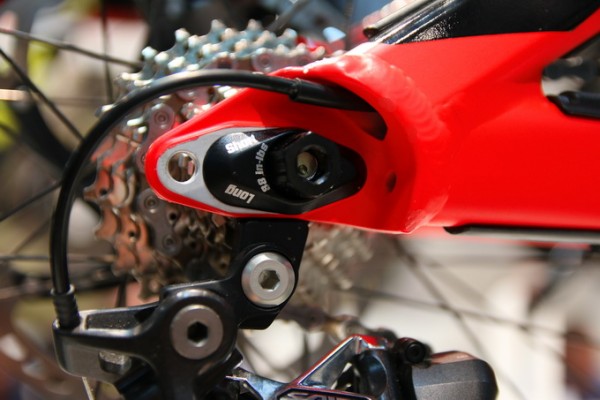 The new Genius LT 700 Tuned (27.5″) was yet another hot-looking bike. I personally love the internal cable routing, even though I know it is a pain in the butt to run new cables though a bike with internals. The LT 700 sports a Fox 36 front and a CTD (NUDE) rear shock for suspension. 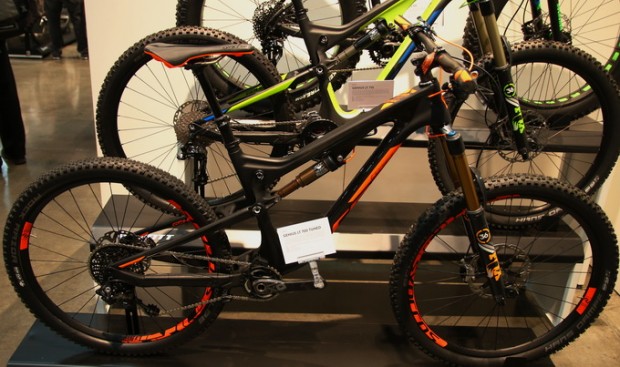 Scott also had the the Genius 900 Tuned (29er) on display, featuring a very similar spec to the LT 700 Tuned. The suspension is still Fox, but with a 34 up front and the same CTD NUDE rear shock. 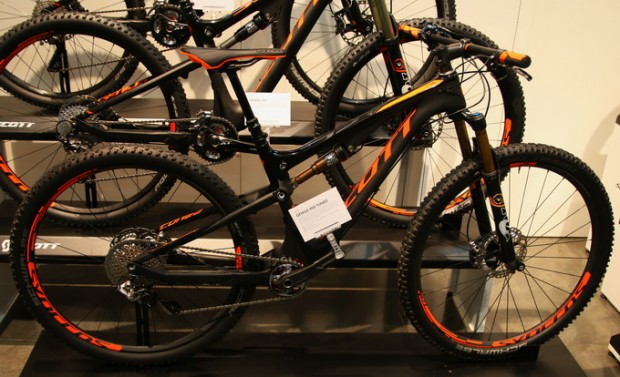 Either way you cut it, you’re getting some pretty awesome rigs for riders who wanna teach those trails a lesson. 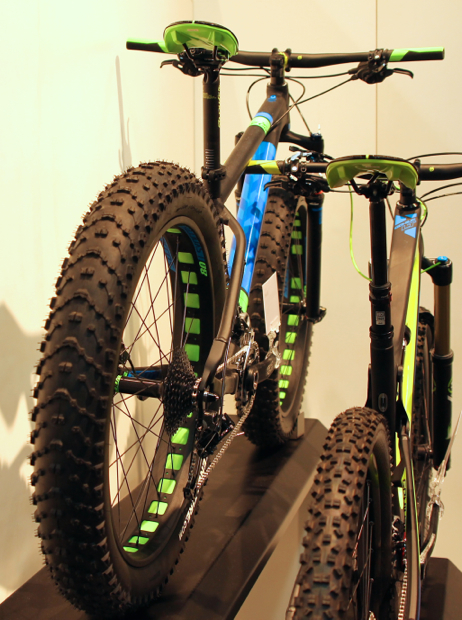 Hiding inconspicuously in the back of the Scott booth was the brand-new Big Ed fat bike. The Big Ed features a 6061 aluminum frame paired with a RockShox Bluto suspension fork, a 2×10 drivetrain with SRAM X9/X7 components, Syncros rims, and Kenda tires. MSRP: $3250. -Greg Heil 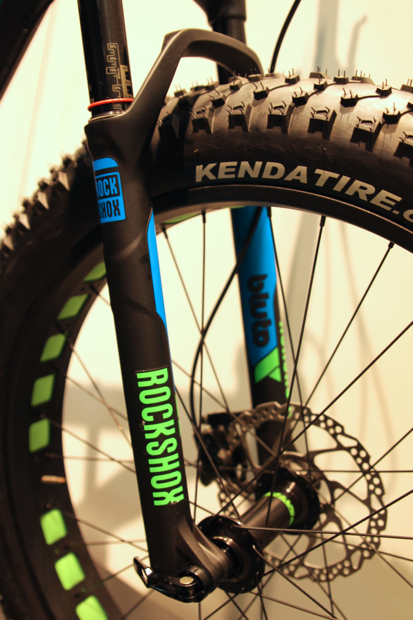 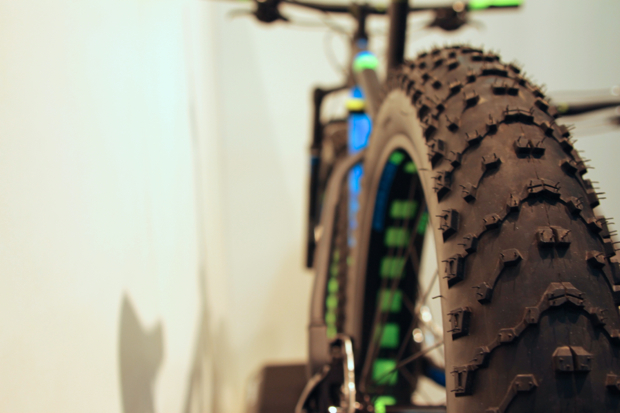 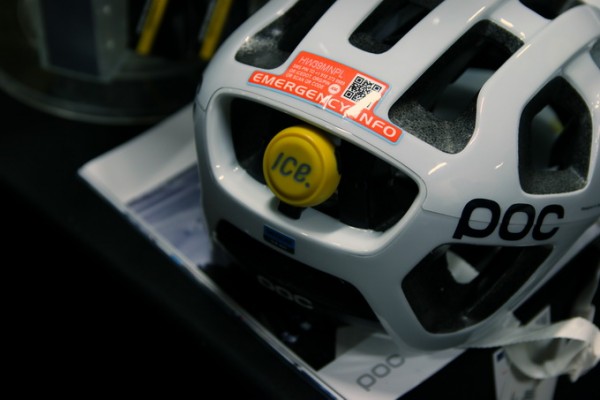 In a previous post I mentioned the company ICEdot. One of their more advanced systems is the crash sensor and emergency trigger system. The crash sensor shown above goes off when a threshold amount of impact shock triggers the device, which is paired to your Bluetooth-enabled phone to sound an alarm and initiate an emergency countdown. There is another new product in the works which is a small manual trigger that one can depress that instantly calls for help using your phone as well.

Got your HED in the game yet? Well HED does. Below is an excellent example of careful design and planning. 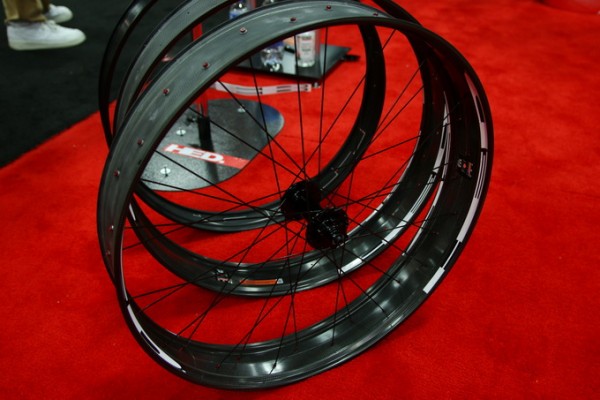 A set of these single wall carbon wheels could save you about 1.5 – 2lbs per wheel in weight. The name of these is exactly what they are: A Big Deal. Coming in at 445 grams a rim and 85mm wide, these hoops are exactly what the doctor ordered when it comes to shaving weight off your behemoth fat bike. 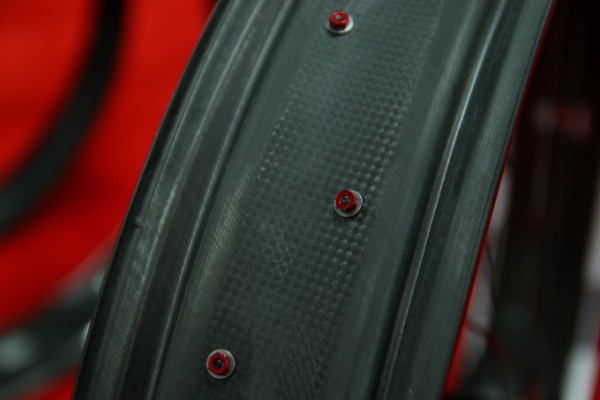 These wheels are tubeless ready, using HED’s own patent pending system, which will blow the tire in place and keep them there exactly like a car tire. The drop centers not only serve to stiffen up the rim structure but also cause the tire to evenly pop into place and then lock in place over the safety ridges.

If any of you have been around as long as I have you may remember Ritchey’s Commando, and it’s back: bigger, badder, and cooler than ever! 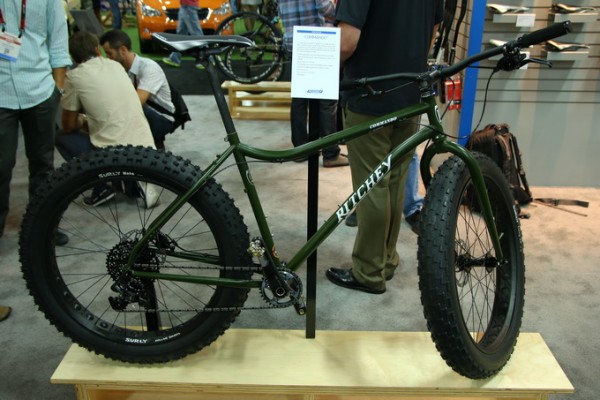 This bad boy is a fat boy. The Commando is made of premium seamless heat treated triple butted Ritchey Logic II tubing. Using 135mm front spacing and 170mm rear spacing, there is enough room for tires 26 x 3.8″ wide. MSRP: about $999.99. 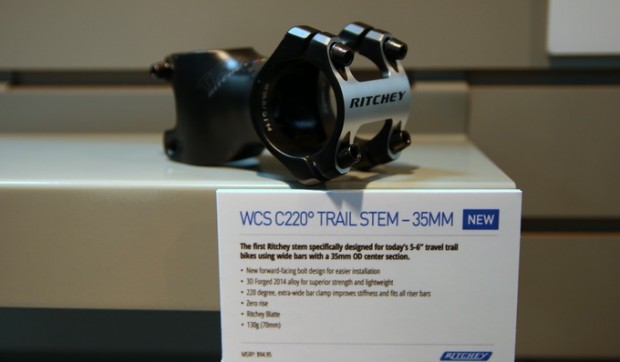 I personally enjoyed checking out Ritchey’s Trail components. I personally felt they were lacking on those items in their line up. Well a new shorty 35mm stem and bars fix that issue. 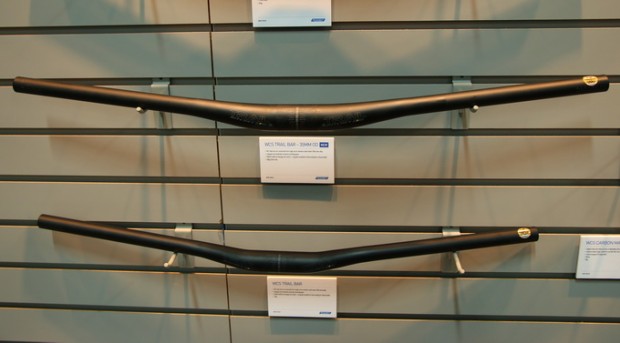 Interbike is an exhausting experience, and at the end of the day we were shot. Some of us had to sit awhile and collect ourselves, while others of us went and checked out Cross Vegas! 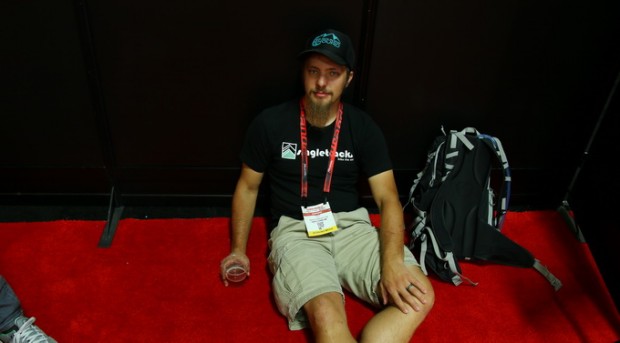 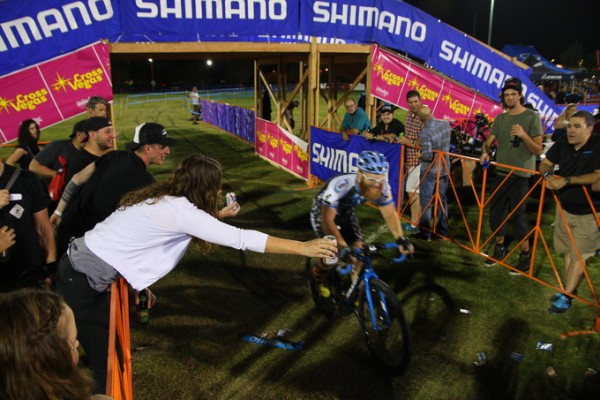