NukeProof made it to Interbike again this year. While talking with the boys from over the pond, I learned that the NukeProof team was busy improving some of their rides.

The new Mega AM27.5 got me very excited. I am not sure if it’s the split colors or the fact that this bike could possible do the function of my two favorite pastimes. With the ability of running up to a 180mm fork up front and 160mm of rear wheel travel, this 27.5 is ready for just about anything. 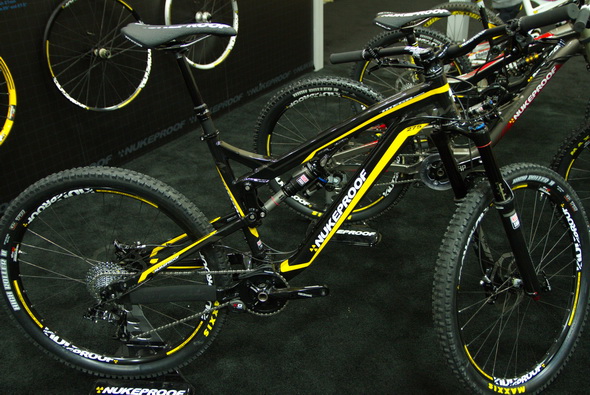 Made from 6061 T6 aluminum and using a slack 66 degree head angle and 73.5 seat angle, the Mega uses NukeProof’s Erosion linkage, which gives a smooth, progressive action with a well-controlled mid-stroke to avoid wallowing under pedal loads. Oversized main pivot bearings are contained in a machined bottom bracket assembly to ensure alignment, durability, and precision. A long wheelbase and low bottom bracket optimize stability at speed. 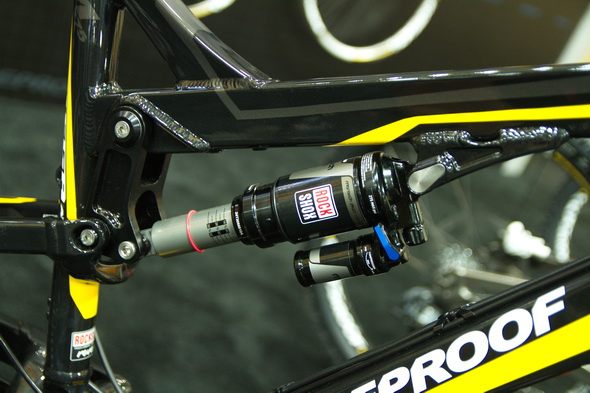 Nearly all the components come from SRAM with front and rear suspension from Rock Shox and a Rock Shox Reverb Stealth seatpost. Running a Pike RCT3 up front and Monarch plus RC3 in back, you know you have suspension covered. Shifting is a 1×10 set up with a Descendant crank turning a X9 type2 rear derailleur and shifter. A set of NukeProof Generator wheels put down the power through a set of Maxxis High Roller 27.5 tires. Stopping power is provided by a set of Elixir9 Trail brakes. Other neat additions include an all-NukeProof cockpit, with a Warhead 760mm bar and stem. The Mega Am 27.5 Pro sells for $5,150 and a lower spec Comp version sells for $3,999. 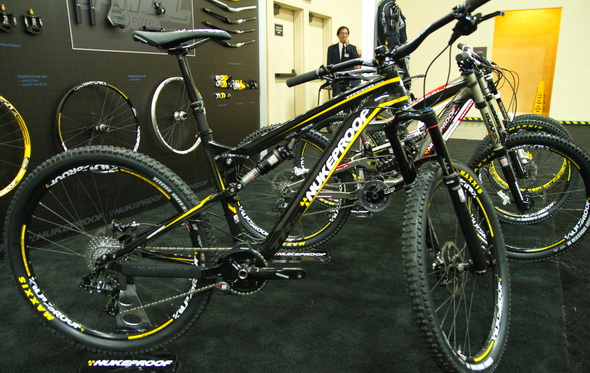 Following in the footsteps of last year, the Mega TR 27.5 is the little brother to the Mega AM. The TR also is made from 6061 T6 but this time ’round only has 130mm of travel. A Rock Shox Revelation RCT3 150mm front and Monarch RT3 rear keeps this agile beast at bay. Since it’s same build with shifting, cockpit controls, and wheels, this bike feels very familiar. The TR, however, uses a 67-degree head angle, which does speed up steering. 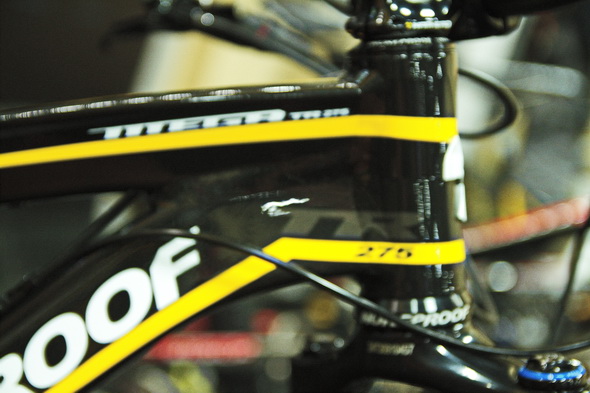 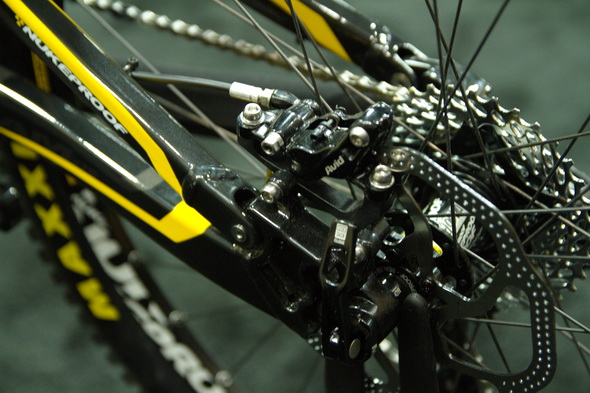 A through axle rear end increases stiffness and improves control on all NukeProof rides. 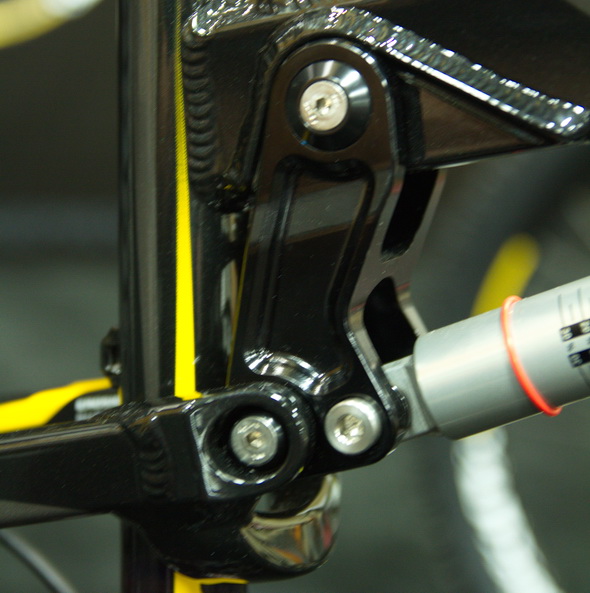 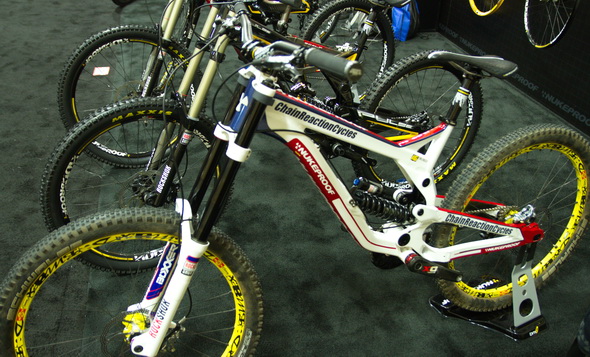 One of the Chain Reaction Cycles Pulse DH rigs were on display, showing off it’s obvious patriotic heritage. And to think Sam Hill rides one of these! The Pulse is an elegant way of packaging the suspension linkages in the confines of the frame. 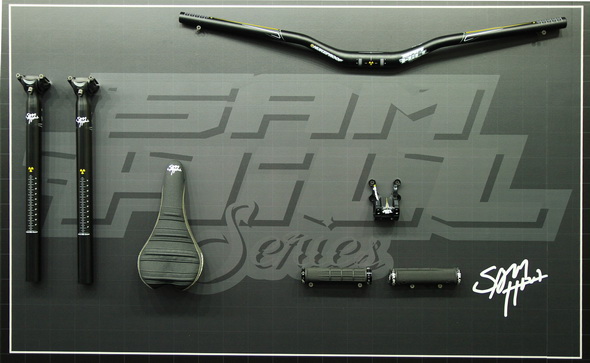 On the topic of Sam Hill… you too can use the components he helped design. The bar is made from 7075 aluminum with a 6 degree up sweep and 9 degree back sweep. The stem is also made from 7000 series alloy with a 30 degree rise and 45mm extension.

The saddle is dimensionally smaller than most saddles at 255mm x 127mm, which, although it sounds small, works for DH. A tough covering of pleated Lorica, surrounded by Kevlar, makes for a tough saddle.

Overall, there are a bunch of new gear offerings from NukeProof that are just waiting to be discovered!