Kali was at Interbike this year showing off their new lids. Some of their helmets and brand-new for 2014, and others have been redone for this year.

One item that was of great interest to me was the new Shiva helmet. The Shiva is the flagship DH lid. Unlike many on the market, the Shiva is DOT approved, as well as CPSC, ASTM F152, F2032, F2040. The helmet utilizes a carbon shell, and what Kali calls their Composite Fusion Three technology EPS liner. Testing found that the three-sided triangular shape improved compressive force absorption. During my conversation with Bryan from Kali, he explained that when Kali set forth to create the new Shiva design, they went though various patterns and geometric shapes for the composite fusion redesign. The result was the triangular pattern, hence the Composite Fusion Three. 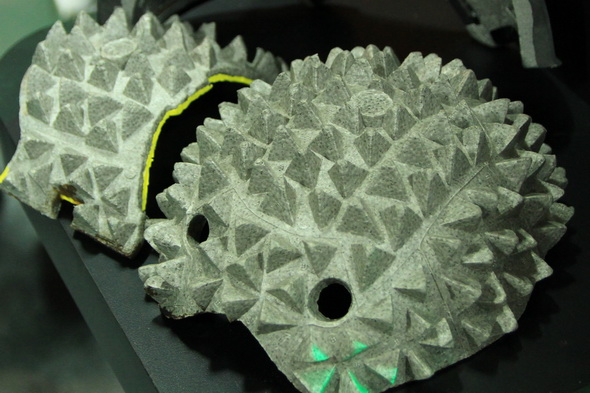 Below is a shot of the Shiva vs. their Prana DOT moto lid. 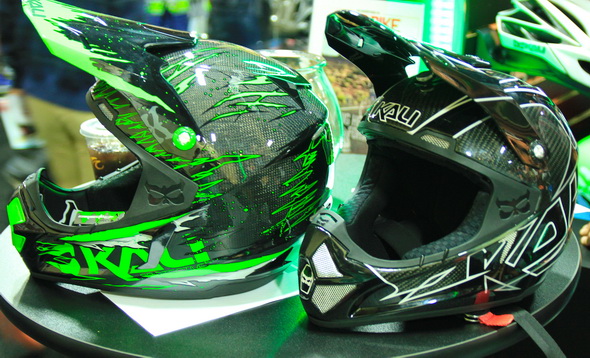 Physically smaller yet meeting the same certification, the Shiva really works along the thinking of F=MA, in that the less mass the helmet has (we can’t reduce the actual head’s mass… can we?) results in less force transmitted to the brain, and the safer you will be. 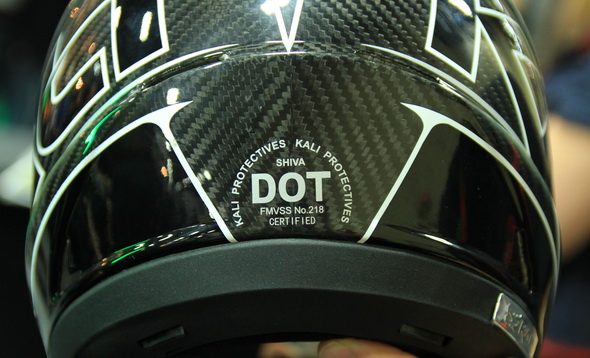 If you notice on the bottom ridge of the Shiva, there is ample platform where it will mate to a Leatt brace nicely. 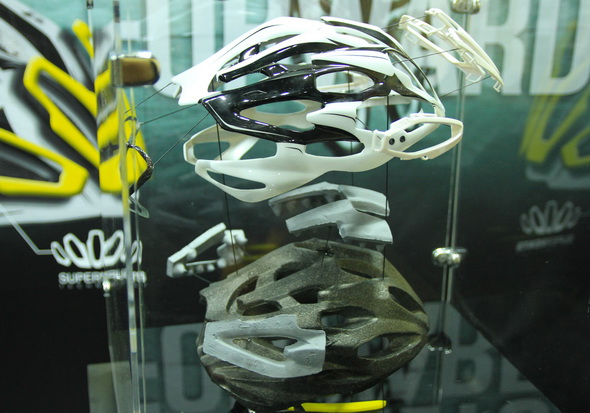 Kali also had an excellent exploded demo of their top XC lid: the Maraka XC. Who would have thought that so many pieces made up one helmet?! You can clearly see the layers of composite fusion liner and the added reinforcements along the vent holes. 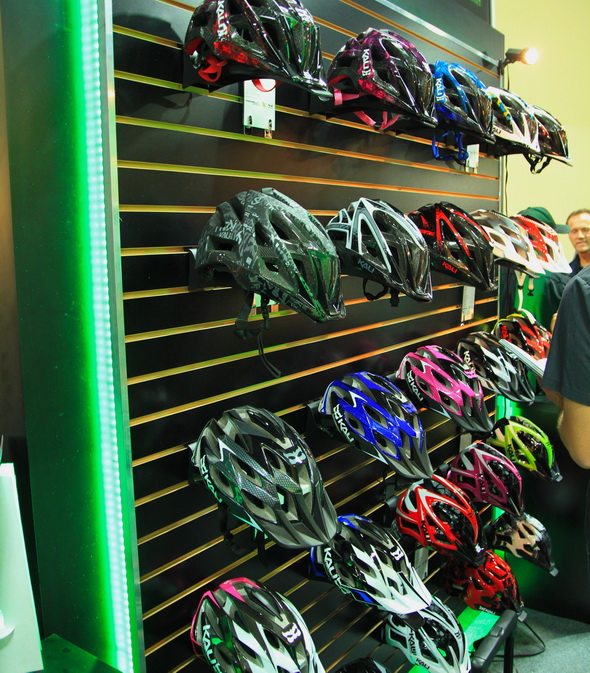 With exciting colorways and a complete line up with multiple helmets in every category of riding that you may do, Kali has really pushed hard to make their mark in the helmet industry. What really impressed me was their willingness to show off the inner workings of their products with cutaways and exploded versions that let you really see how things are made.