We’ve written about Five Ten products numerous times on SIngletracks.com so I’m pretty familiar with their lineup, but this year they had some really cool surprises in store for me. For one thing, being a Dad as well as a rider, I was so pleased to see that Five Ten now has shoes in kid sizes! 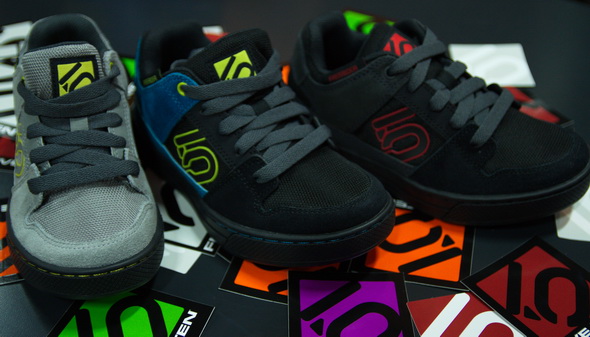 My son is gonna flip when these show up. I don’t know about your situation at home but even at his young age, my son eyes my equipment and says more often than not, “But Dad… where’s mine?” Now it stops! He can now have his very own pair of Five Tens. Importantly, the kids Five Tens incorporate all of the same technology as the full-sized shoes: they’re not just a look-a-like. 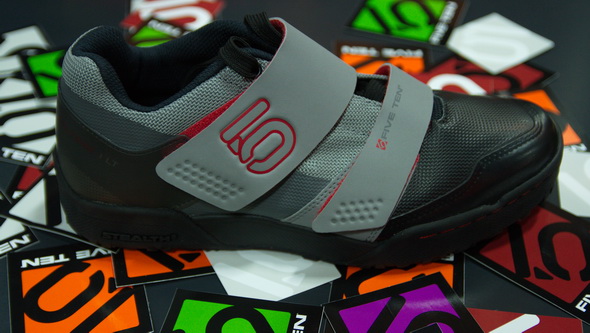 Above is the updated version of the Maltese Falcon. The Falcon2 pictured above uses a lace up with double strap approach and a lighter upper half, allowing for an improved fit. The Falcon is still SPD compatible, with a mid sole shank that adds stability to the shoe. Stealth rubber is used for copious amounts of grip for hike-a-bike situations. 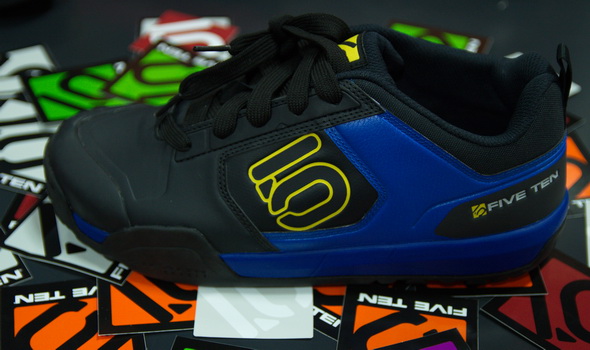 The new Impact2 sports a super-durable synthetic upper with a reinforced toe box and stealth rubber underneath, all while shedding weight. The new Impact2s are a nice pair of gravity-oriented shoes that fit closer to the foot without the added bulk. I kinda look at it as the Freerider VXi mating with the Impact, leaving this shoe as the offspring. 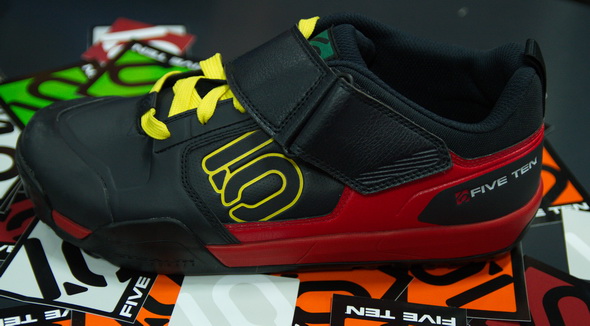 Last (but not least) of the shoes I wanted to talk about is the new Minnaar, also known as the Impact2 clipless. Using Minnaar’s home colors, lace and top strap, these shoes were designed for the Man himself. These also come with Stealth rubber below, and as the Maltese Falcon, a reinforced SPD shank.

I didn’t realize they were in the bike shoe market, but as a well respected rock climbing shoe company, they should know how to do it. I’m looking for the SPD, aproach, climbing shoe;) LOL