Last week I wrote about some of the technology behind the Gore-Tex membrane and how Gore works closely with brands like the North Face and Pearl Izumi to produce super high quality gear. This week I thought I’d talk about the testing process Gore uses on everything from jackets to footwear to gloves and some of the new developments we can expect to see in the future. 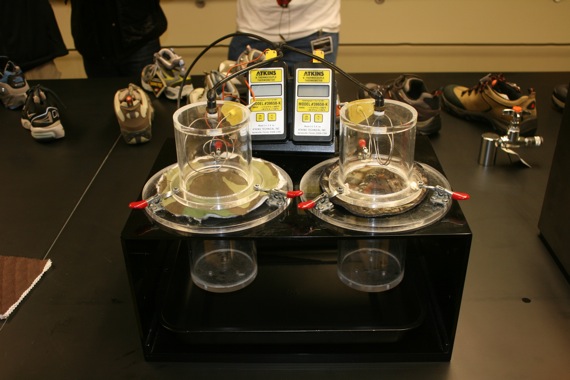 In order for Gore-Tex to “guarantee to keep you dry,” they need to test every new garment design before it goes into production. At Gore they use some fancy scientific tests like the “sweating hot plate” and water pressure testing but in the end a good garment design will be all about comfort. To that end, they have a few tests to mimic real world conditions with real human test subjects. 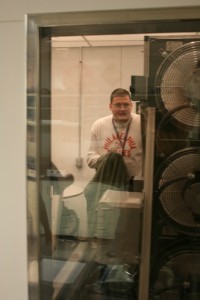 The comfort chamber: This should probably be renamed to the dis-comfort chamber since it’s basically just a small room where the temperature can be set from -20 F to 120 F. The comfort chamber also features fans to add in wind chill to see how stuff like Gore-Tex snowboard jackets will perform on windy ski hills. 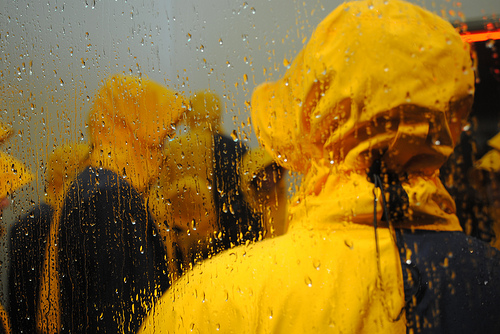 The rain room: This room is appropriately named and is the place where Gore tests all their rain gear (like Gore Bike Wear jackets). Rain falls from the ceiling in a fairly natural pattern and there are even nozzles pointing up from the floor to simulate rain coming off a wet bike or motorcycle tire. 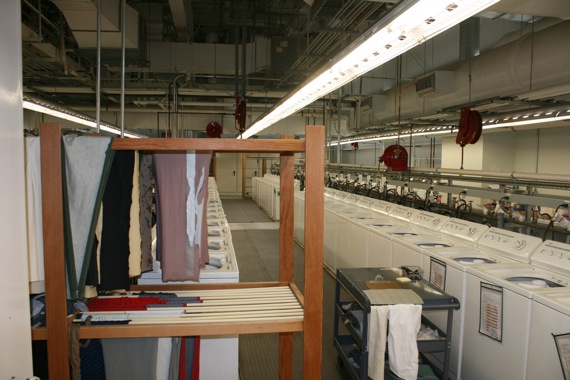 The wash room: Ok, so this test doesn’t involve human subjects like the other two but it turns out continuous washing is the best analog the Gore engineers could find to normal wear and tear experienced in the field. I’m told there are more than 200 washers in the room and they’ve all been rigged to run continuously, often for hundreds of hours at a time. 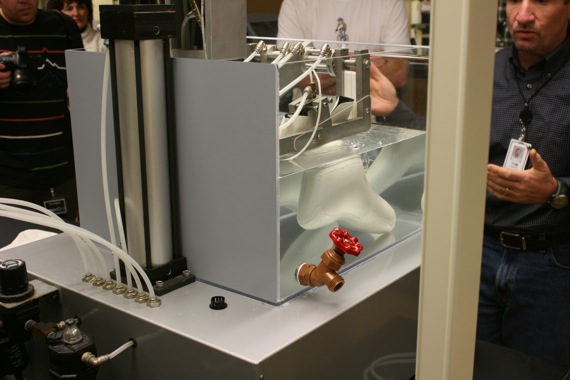 Gore also tests footwear by flexing shoes over and over in a water bath to see how many flexes it takes before water penetrates the toe box. I saw a set of Pearl Izumi kicks in the testing lab and apparently if a shoe doesn’t pass this test, it’s back to the drawing board before the shoe can be manufactured.

Gore-Tex fabric technology has been around for a long time (30+ years) so it’s interesting to see where Gore might be heading in the future. Back in September element22 and I sat down with a Gore rep at Interbike to preview the Fusion jacket which makes use of “comfort mapping” technology introduced in 2005. Basically the idea is that different parts of an athlete’s body have different insulation and ventilation needs. The kidneys, for example, like to be kept warm (no kidding). 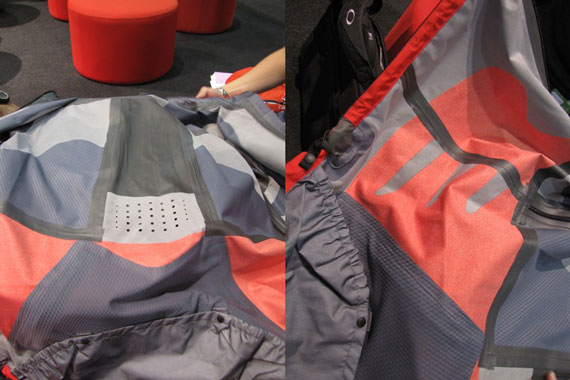 Gore has also developed a new type of waterproof apparel enclosure called “Lockout” that they’re using on a motorcycle jacket which basically looks like a zip lock bag with a slider. Could we see this concept migrate to Gore Bike Wear in the future? I’m guessing yes (just as soon as they improve it – getting it to work properly is a little tricky).