SRAM recently released a more affordable version of their increasingly-popular 1×11 drivetrain, dubbed the X1. We reported on it back in May when it was released, but now we actually have a complete setup in for real-world tests! 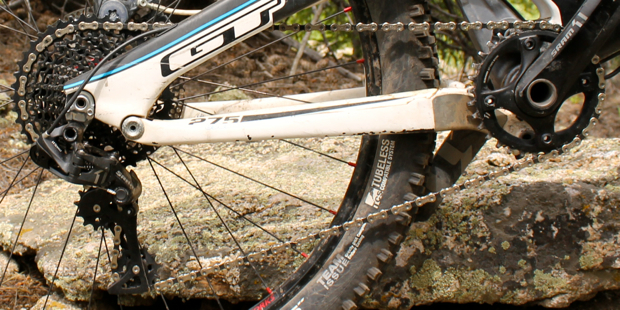 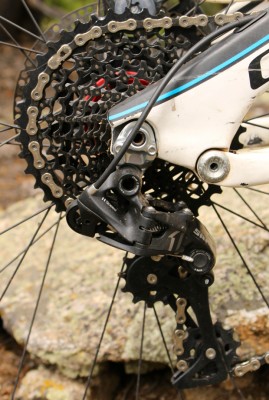 All of the detailed technical specifications were included in this news article, but we didn’t have weights at that time. Now, we do:

Compared to the top-tier XX1 group, X1 weighs only about 200 grams more. However, with a complete group price as low as $861, that’s a whopping $588 (or more) dollars lower than the retail cost of an XX1 drivetrain (savings could be even more depending on a few component choices). Adding 200 grams and saving 600 bucks? That sounds like a trade-off I can live with!

Assuming you’re not already running a SRAM 1×11 drivetrain on your bike, you’re going to have to convert the freehub body on your rear wheel to an XD driver to accommodate SRAM’s 1×11 cassette. The current wheels I have installed sport White Industries MI6 MTB hubs, which are in for review, so I got in touch with White Industries about a conversion kit. They had a SRAM XD conversion kit all ready to go, which retails for $179.95.

So if you’re switching from a 9 or 10-speed drivetrain to an 11-speed setup, be sure to factor in the cost of the conversion kit. However, this kit would be the same for any SRAM 1×11 upgrade you’re planning, so when comparing cost differences between X1, X01, or XX1, the driver upgrade is a moot point. 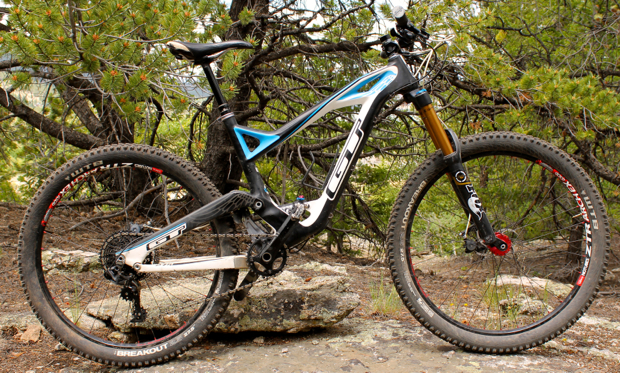 I had my home shop, Absolute Bikes, install the X1 drivetrain on my GT Force Carbon Pro test bike. Right off the bat, we had issues: the stock build kit on that bike features a direct mount XT rear derailleur instead of a standard derailleur, so an 11-speed rear derailleur wouldn’t work on that same derailleur hanger. After getting in contact with GT, it sounds like GT normally ships two different derailleur hangers with the bike: one for the stock build and one if the owner decides to go to an 11-speed drivetrain. Since my review rig had already been ridden before I received it, the 11-speed hanger didn’t make it to me. 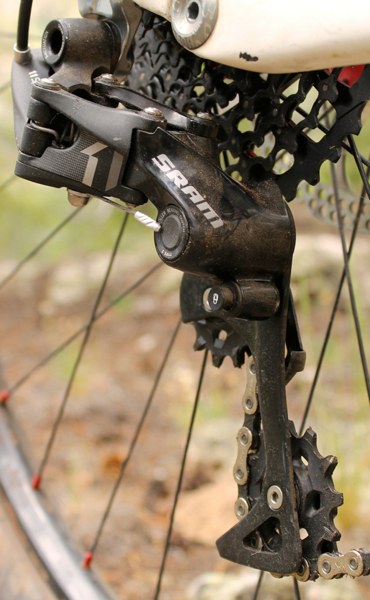 After ordering up a new hanger and installing it, there were still issues with the rear derailleur clearing the rear triangle when it dropped into the smallest cog. Absolute adjusted the B-tension screw to allow the rear derailleur to utilize the entire cassette and to make it into the 42-tooth big cog (which wasn’t possible with the previous derailleur hanger), but warned me that shifting into the little cog was slow, but doable.

Over the 4th of July weekend I got my brand-spanking-new drivetrain out for two good rides: 17 miles on the Twin Lakes Loop in Leadville, and 37 miles on my first ride of the season at the Monarch Crest Trail! 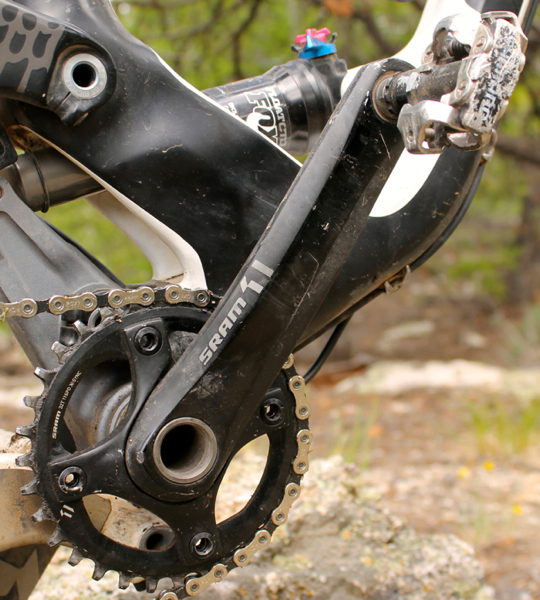 Let me be upfront, here: I’m already an avid proponent of 1×11 drivetrains. I’ve spent a significant amount of time riding on both SRAM XX1 and X01, and I’ve loved both of those renditions of this fantastic design. Dropping $600 off XX1 for X1 sounds great in my book, so I am already inclined to love this system. I just need to throw that out there 🙂

The ride at Twin Lakes was relatively rolling and mild, which allowed me to spend some time spinning in the middle range. The X1 clicked away reliably, extremely reminiscent of its higher-cost siblings. On some of the fast downhills, I was even able to shift all the way into the small cog, despite the setup of the B-tension screw. 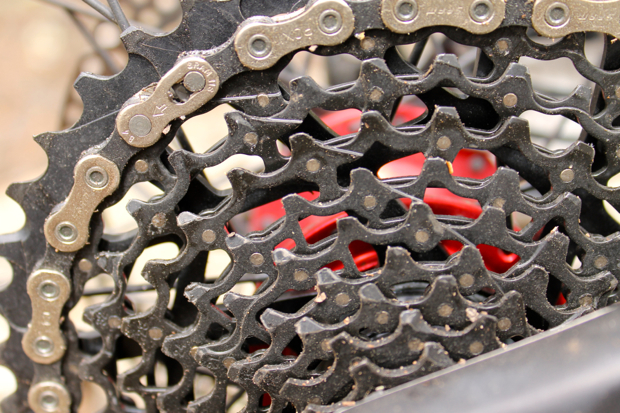 After the ride, I put the bike up in the workstand to double check the shifting. After things had settled in, I fiddled with the barrel adjuster a bit to get the shifting dialed perfectly. On the one hand, since the chain is so close to all the rear cogs, the cable tension on the rear derailleur has to be perfect to achieve crisp, flawless shifting. On the other hand, it’s much easier to eyeball the chain line to get it perfectly straight, thus delivering said crisp, flawless shifting.

I was able to dial in the shifting to provide flawless shifts across almost the entire drivetrain–except for shifting into the very smallest cog. As Absolute had said, with the way the B-tension screw was setup to keep the derailleur from making contact with the frame, shifting into that small cog was very slow.

The next day, I got the drivetrain out for a true test: shredding the epic Monarch Crest Trail!

The Monarch Crest is a true test of both rider and bike. With about 3,000 feet of climbing–much of it at over 11,000 feet of elevation–and many thousands of feet of gnarly, technical descending, this is a true enduro-style ride that seemed to be a great testing grounds as I prepped for the Big Mountain Enduro Keystone race the following weekend.

The X1 drivetrain again provided the crisp, reliable shifts that I’ve come to expect from SRAM’s 1×11 drivetrains. I forgot all about what I was testing and just went into autopilot, clicking through the cogs, shifting two and three at a time when necessary, with absolutely zero issues.

When it came time to descend, chain retention on the X1 was superb–just as I expected it to be! Compared to running the narrow wide chain ring with a 10-speed rear setup as I had the previous weeks, the X1 was significantly quieter, more composed, and much more reliable.

As for shifting, I was able to get into the smallest cog a few times, but not every single time I wanted to. However, if I had to choose between not making into the smallest cog or the biggest, I’d choose the smallest. When descending that fast on singletrack, generally I’m not pedalling anyway: I’m just holding on for dear life!

Honestly, I don’t attribute the install difficulty and the shifting difficulty in the smallest cog to be any fault of the X1 when compared to the X01 and XX1 drivetrains. Rather, it seems to be a shortcoming in the design of the Force’s rear dropouts and rear triangle.

However, I had never thought about the possibility that converting some older bikes to SRAM’s 1×11 system would prove difficult, or less than ideal. Not that the 2014 Force is old by any means, but since it wasn’t designed specifically with this system in mind, there were some sacrifices in making the switch. That said, most modern bikes should be easily compatible with a 1×11 system, especially as Shimano adopts 11-speed drivetrains and the price continues to drop on SRAM’s offerings.

Small issues aside, I still love the 1×11 system. The X1 has already shown that it brings the same fantastic shifting, simplicity, and chain retention confidence that its big brothers do. Stay tuned for a final, long-term review after I’ve had the opportunity to thrash the X1 for the rest of the season!

Check out the photo gallery below for more detail photos: 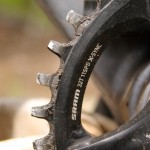 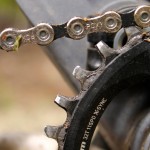 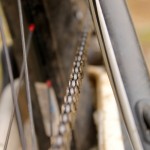 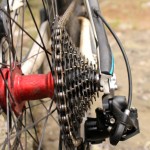 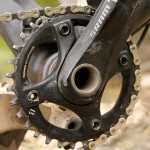 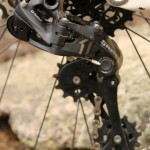 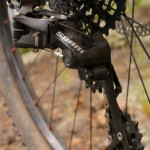 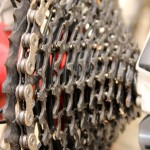 Thanks to SRAM for providing the X1 drivetrain for review!

Great review there Greg. Seems like a good fit for a lot of bikes that need a reasonable upgrade… like my Krampus.

I like it. 🙂 I’m closer to thinking 1×11 is possible for me at some point. I’m still put off by prices on replacement cassettes which seem to be needed regularly when you ride hard. What would you be looking at for spare chain and cassette?

Hey Dean, the cassette definitely isn’t as cheap as I’d like, but it’s a solid hundred bucks less than the XX1. X1 cassette retails for $313 MSRP and X1 chain for $37

Good review and I have no doubt the X1 is great but to upgrade an existing 9/10 speed setup would be just plain crazy – unless you get the parts for 1/4th of MSRP.
The 1×10 conversion with 40/42T and 16T cog with a NW chainring is much more pocket friendly and you only lose the 10T which is ~10% drop in top speed and the complete conversion costs less than an X1 cassette. Also, you can replace individual cogs on the 10sp cassette for a couple of bucks as the 11-13T will wear out more quickly with a single 30-34T chainring.

I don’t think anyone (other than SRAM–ha!) is arguing that “upgrading” a 10spd drivetrain to 11spd is a wise decision. Unlike upgrading individual parts as they break down, going 1×11 is an all-or-nothing proposition. However, for those building up a brand new bike, the marginal cost increase of X1 compared to a brand new 10spd drivetrain might make sense.

I wouldn’t call the cost increase “marginal” because for the price of an X1 cassette you can buy a complete X9/XT drivetrain. The same reason held me back from buying a new bike with X1. But of course anybody can have different opinions/priorities.

An entire XT drivetrain for $300? Send me an email and let me know where I can snag that!

The “almost” would have been more accurate but the X1 is not an economical choice for build – in my opinion at least. But if you buy a new bike with X1 then we can call the difference marginal.