Click here to read the “On Test” blog post, and to get more information on the Goblin’s specs. 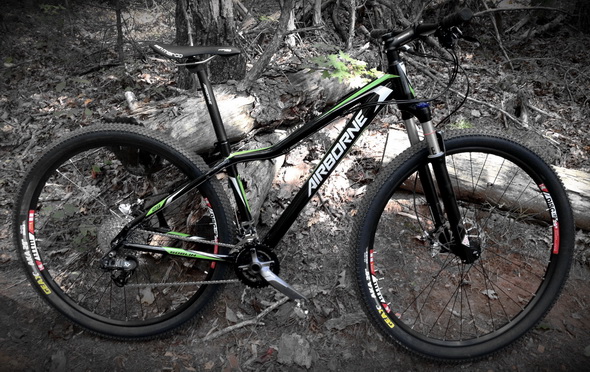 In the initial “On Test” blog post I mentioned all of the modifications that Airborne has made to v2.0 of the Goblin based on what they learned from their experiences with v1.0. While some of these changes were large and others were small, when added together they equaled a very different ride out on the trail!

Note: in this article I will use v1.0 and v2.0 to refer to the older and newer versions of the Goblin. This is not Airborne’s official designation, but since Airborne does not have official model years, this is a convention I am adopting for the purposes of this article simply to tell the two editions apart.

I had the opportunity to thrash Goblin v2.0 on over a hundred miles of some of North Georgia’s best singletrack: Bull / Jake Mountain, my local stomping grounds. This area serves as a great test track due to the wide variety of singletrack available. Some of it is very smooth and flowy with great, swoopy turns, and some is on the other end of the spectrum with lung-busting climbs and rocky, challenging descents. Due to my familiarity with the trails and with the Goblin in general, I felt like I was able to quickly get a feel for the character of v2.0.

Out on the Trail: Real Life Performance

When I think of how the new Airborne Goblin handles, the one word that comes to mind is “stable.” If v1.0 exhibited the monster truck characteristics generally associated with 29ers, v2.0 does twice as much!

All of the characteristics mentioned in the On Test article combine to create a very stiff ride. Also, in addition to the features I mentioned previously, I’ve learned that the seat stays and chain stays on v2.0 are actually larger and fatter to help further increase rear end stiffness–and it shows.

The Goblin is remarkably comfortable pinning chunky rock gardens with loose babyheads that usually send the rear end of a bike sliding and skittering around. Since the Goblin is a hardtail, there was some sliding and chatter, but not nearly to the degree that I expected. 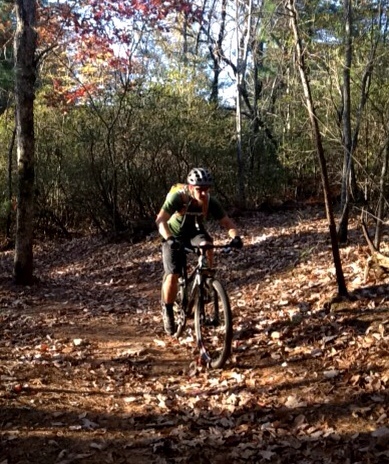 The front end also felt remarkably solid, thanks to the tapered headtube and beefed up 100mm of front suspension. The increase in braking power thanks to the 180mm rotor is very noticeable, especially on some of the brake-pad-glazing overgrown mining roads in the area.

Despite the beefed-up tubes and components, weight has not increased much at all. The original Goblin (16″ frame) weighed in at about 28 pounds, and v2.0 weighs in at 27.7 pounds without pedals.

Thanks to this great stability, the Goblin felt like it wanted to go very fast–and in a straight line. The only minor complaint I have is that the Goblin didn’t feel very willing to initiate turns, especially sharp turns. Big, sweeping turns at speed were great, and handling in turns while climbing was respectable, but the slightly tighter turns at higher speeds felt awkward. In my opinion, a wider bar would help increase the steering responsiveness exponentially, and if that’s not enough, a shorter stem could help as well. If you’re looking at buying this bike, slapping on a wider bar is a very easy fix.

With a price of $1,199.95 plus shipping, the Goblin isn’t going to win any awards as a lightweight race whip. Instead, the Goblin is intended to provide an excellent value when compared with other bikes in the $1,200 price range.

For instance, take the Specialized Carve Comp 29er with an MSRP of $1,600. The Carve features a 100mm RockShox Recon Gold, which is a step below the Reba RL found on the Goblin. The Carve has a standard headtube whereas the Goblin has a tapered headtube. Brakes on the Carve are Avid Elixir 1’s, but the brakes on the Goblin are Elixir 7’s. The Goblin Features a full SRAM X7 2×10 drivetrain, and while the Carve does sport an X7 rear derailleur, it mixes in cheaper X5 components on the rest of the drivetrain to save money (so the drivetrain is actually more X5 than X7).

While there are more differences between the two, the message is clear: the Airborne Goblin provides better components, better frame features (such as the tapered headtube), all on a dependable frame in a package that costs $400 less.

This story doesn’t just apply to the Carve, it applies to bikes from all of the big-name manufacturers. Compare the Goblin to similar 29ers from Trek, Giant, and others, and the value shines through. 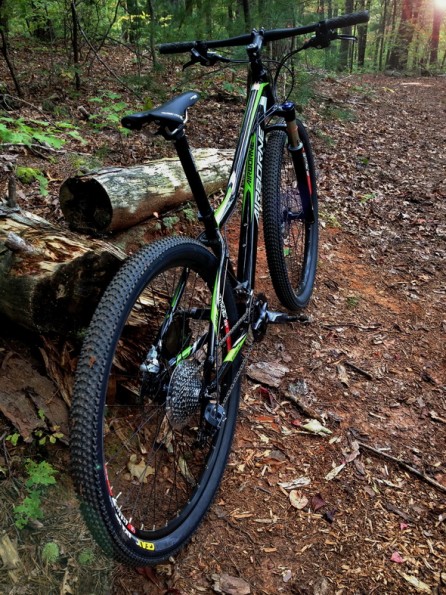 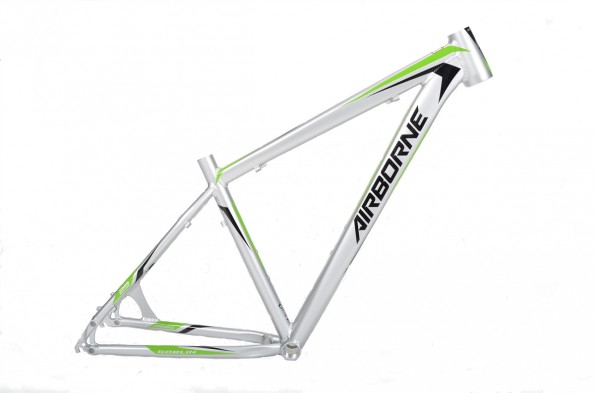 New for this year, Airborne is also selling “Quick Silver” Goblin framesets for just $249.95. Want to do your own build with an affordable but reliable frame? Look no further!

The Airborne Goblin is a solid 29er hardtail that offers great components and value, especially when compared to some of the bigger names in the industry. Of course, there are tradeoffs: you might not have the chance to try before you buy, some shops offer free tuneups with a bike purchase (and you won’t get those), and a little bit of minor assembly is required. But it’s tough to argue with great performance and $400 in savings.

Thanks to Airborne Bicycles for sending the Goblin down for review! Click on over to Airborne’s website for more information on the Goblin, and to purchase one if you feel so inclined.

So, kinked top tube is only found on the 16″ frames?

Nice to see a frame only option, the listed 4lbs ‘average weight’ seems high for an aluminum frame, but that’s expected for the price.

Awesome review! How wide of bar would you recommend? How short of stem? I’m thinking about going that route as well!

Well for maximum handling performance on a long-travel rig, you basically want as short of a stem as possible and as wide of a bar as possible. However, this isn’t a bike that’s designed for super gnarly riding–it is an XC hardtail, afterall.

Personally, if I had kept this bike as my own, I would experiment and try different combinations to see what I like best. I’d probably first try leaving the stock stem on and just adding a wide bar. The Foundry Broadaxe I recently reviewed ( http://www.singletracks.com/blog/mtb-gear/final-review-foundry-broadaxe-29er/ ) is also a 29er hardtail and was running a pretty long stem and 720 mm wide bars, and it felt pretty bang-on.