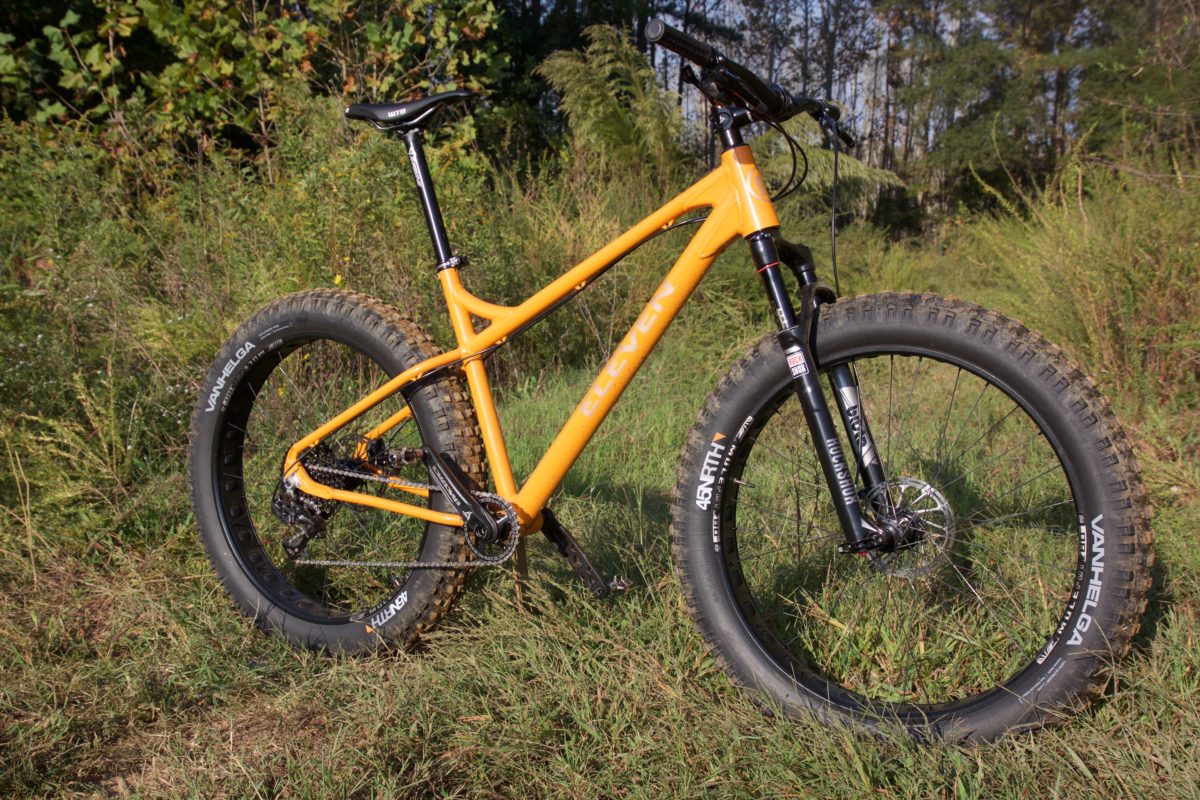 At Cyclofest last month I noticed a number of riders heading out on good-looking fat bikes, but I didn’t recognize the brand. It turns out they were riding Eleven bikes, and on the second day of the demo Aaron and I dropped by for a test ride. Yes, it’s true: Aaron rode a fat bike, and by the end, I think he kinda, sorta liked it. But anyway, this is my review. 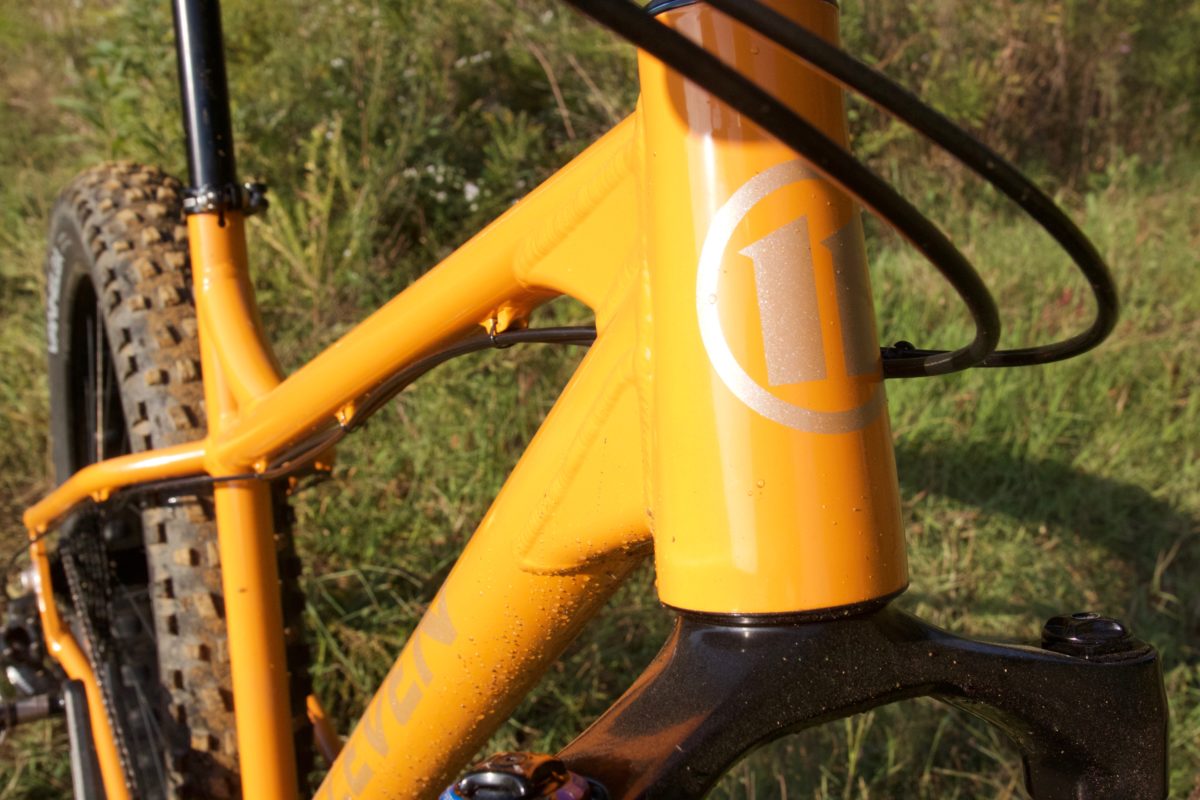 Eleven is a new bike brand based is North Carolina, and they currently offer just one bike, the fat bike model we tested. But that’s not the whole story–Eleven is actually offering one of the most customizable bikes we’ve seen, claiming 167 million possible bike builds, all selectable online. Everything from the paint color to components and even cable housing can be customized at the time of purchase. The bikes aren’t technically custom–the geometry is set and consumers can choose from one of three sizes–but the builds themselves are highly customizable. 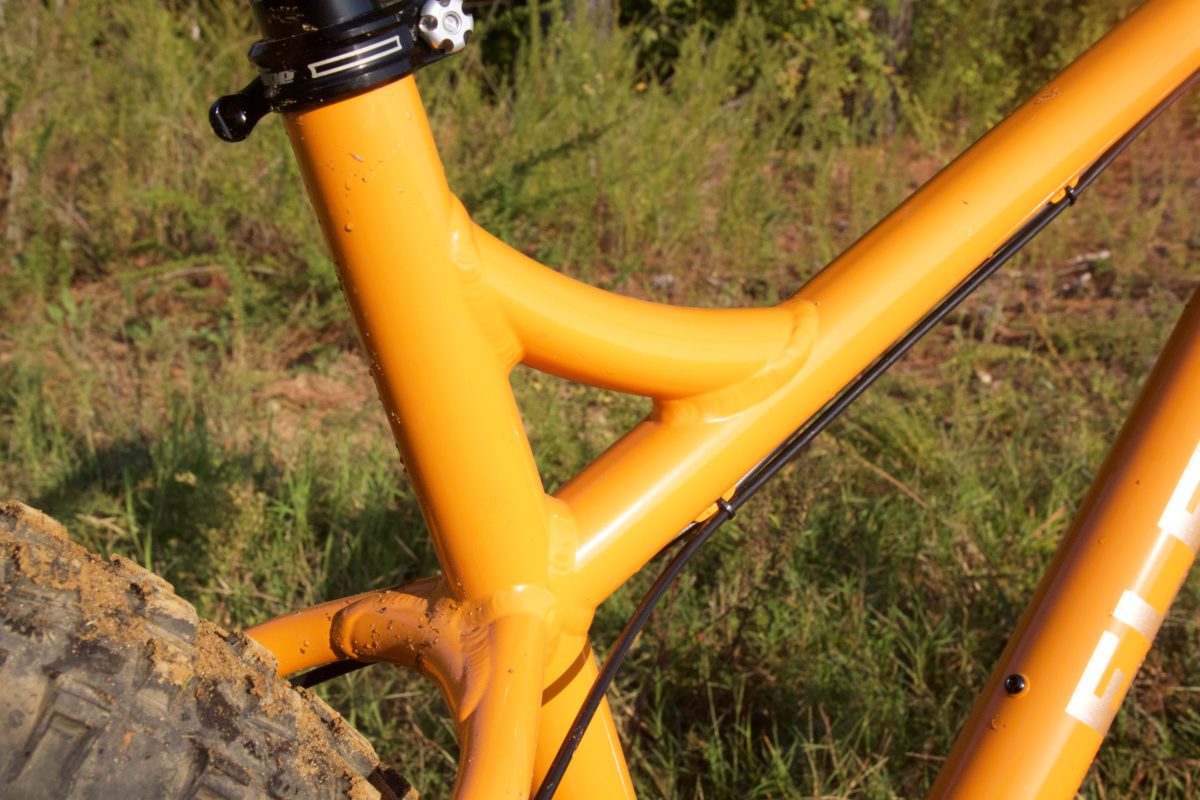 Eleven starts with a high quality aluminum fat bike frame that’s manufactured right here in the USA. Founder Thomas German tells us it’s difficult to find US bike frame builders these days, so much so that he couldn’t tell us who was building the bikes for fear that others would catch on and overwhelm the manufacturer. Needless to say, these are not cheap fat bikes, with the most affordable builds starting at $2,895.

We saw several potential builds on display at Cyclofest, including Thomas’s personal bike, a 22-pound lightweight that felt absolutely poised to float over snow and sand. That weight isn’t too far off a build the company calls the “Superlight,” featuring a carbon Whiskey No. 9 fork, 4-inch Schwable Jumbo Jim tires, HED Big Rig carbon rims, and a SRAM XX1, 1×11 drivetrain. The whole package weighs just 23 pounds and is priced at $5,834 USD. Despite such a low weight, this bike isn’t even built on a carbon frame.

The team at Eleven comes from the motorsports world–both NASCAR and IndyCar–where precision and build quality is of paramount importance. In fact, Thomas was the lead race team engineer for the winning 2016 Indianapolis 500 team. The company likes to point out they apply that same motorsports-level attention to detail to every build assembled at their warehouse in North Carolina.

I tested a size large Eleven fat bike and opted for a build featuring a RockShox Bluto suspension fork. As I said earlier, every Eleven bike build is customizable, so the likelihood of anyone buying the exact bike I tested is pretty minimal. Eleven has an impressive bike build feature on their website that allows customers to choose each part and see how much each selection adds or subtracts from the cost, and how much weight is gained or lost. Going through the process I was surprised to see, for example, the difference in weight between the size medium and large frame is just 20g. 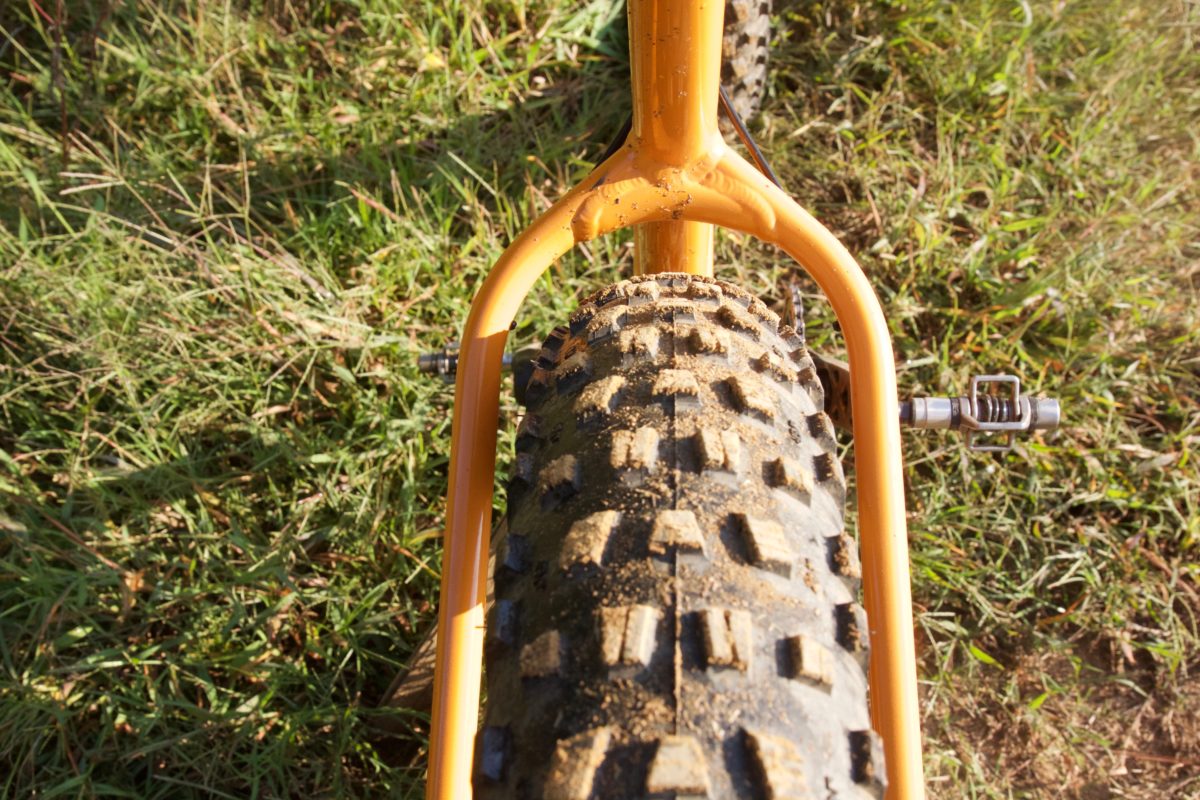 As far as frame geometry goes, Eleven keeps this information pretty close to the vest for competitive reasons. Overall the company’s fat bike features fairly neutral geometry, falling somewhere between say a Surly Pugsley and Surly Wednesday. The frame is designed to accommodate up to 4.8-inch tires. 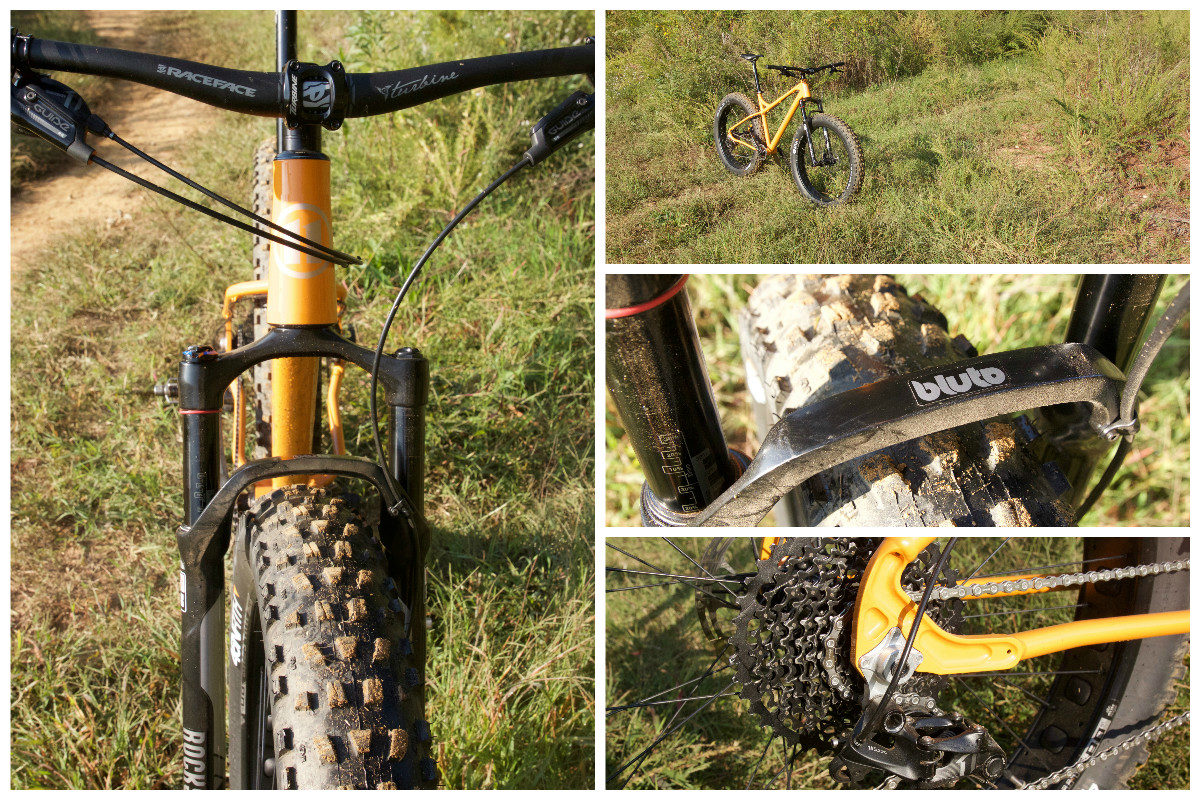 In addition to the Bluto fork, my test build featured SRAM Guide brakes, a SRAM GX 1×11 drivetrain with RaceFace Turbine cranks, and lightweight wheels built up with HED carbon rims and Industry 9 hubs (these wheels alone add $1,421 to the cost of the build, while slashing more than 4.5 pounds). My test rig also sported RaceFace Turbine bars and stem, 45NRTH Valhelga 4.0-inch tires, and a mustard yellow paint job with silver accents. All told, this build is priced at $5,123 and weighs about 26.7lbs (12.1kg).

Since Eleven is based in North Carolina, they’re pretty comfortable with their fat bikes being ridden on dry trails, and the terrain at the US National Whitewater Center proved to be a pretty decent testing ground. Initially Aaron and I found our tire pressures to be too high, bouncing us off every root and rock in the trail. We both let some air out mid-ride, ending up at about 9.5psi, which seemed to provide a good balance between comfort and control.

The lightweight build I tested never felt sluggish on the short, punchy climbs and as a bonus, I was able to occasionally get the bike in the air along the way. And pedaling felt fairly natural thanks to a reasonable Q-factor and 100mm bottom bracket width. Overall, I had fun riding fast on this hardtail fat bike, so much so that I almost forgot I was riding a fat tire bike. Almost.

For riders who are looking to build the fat bike of their dreams, Eleven offers millions of possible combinations delivered right to their door within a reasonable amount of time. Whether on snow, sand, or dry trails, chances are an Eleven fat bike build is going to be a great bike that’s fun to ride.

These bikes looked great at cyclofest and the guys and gals at Eleven were great people that seemed driven to meet anybody’s customization needs. Great to support a local NC American builder with a great product!