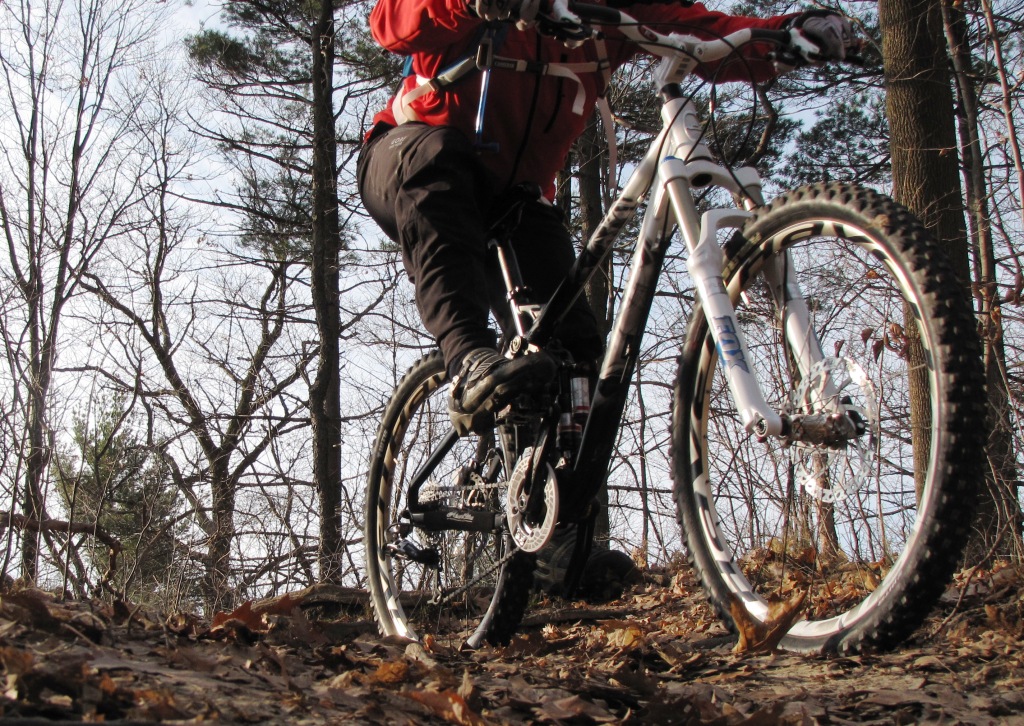 HAVEN on earth and good will toward men! This is the Easton product I was most excited to test after Interbike and a few weeks ago it finally arrived. The Easton Haven wheel set is a truly new design from the ground up and at $849.99 MSRP is meant for the 5 to 6 inch Trail / AM crowd.

The Haven is the first UST wheel that Easton has produced for mountain bikes. With an internal 21mm cross-section and a 22mm section depth (see diagram below), this is a wheel that will hold up to abuse while remaining true for a very long time. I love the fact that this wheel set is just 1650 grams, only 35 grams heavier than the 19mm internal rim width Crossmax ST wheels and a full 105 grams lighter than the 22mm Crossmax SX. This low weight makes any long climbs you might encounter a little more bearable.

The 2010 Haven is maximized for QR15 wheels but also includes a QR9 adapter. For those of you with a 20mm through-axle, be patient – it’s coming soon (just don’t tell anyone I said so). Unlike Mavic wheels, you don’t need a special spoke tool to adjust tension (not that you’re going to need to do that for a while). Instead, Easton uses an innovative spoke nipple that is both threaded internally and externally and screws into the eyelets in the rim. 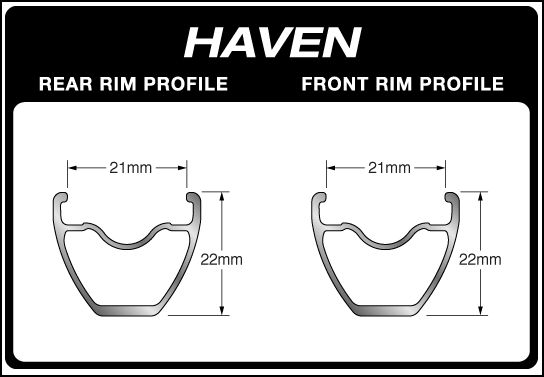 Looking at the Haven hubs you can see Easton added a little bling for an awesome look on top of nearly flawless performance. This time around Easton profiled the flanges and cut a neat pattern in the center of the hub, an interesting way to shave off extra weight while adding visual interest. Keeping in tradition with the Havoc and XC-One wheels, the Haven wheel set also has the ultra quiet, highly efficient 3-pawl freehub and internally cut carrier body which makes for a feather-light, quick-engaging cassette. 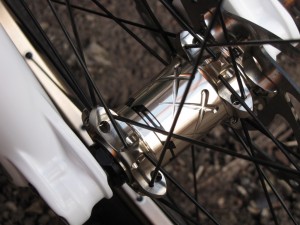 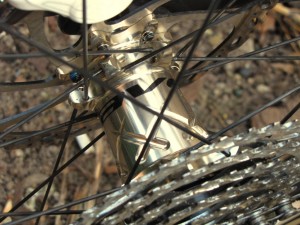 Wrapping these wheels with a set of WTB Prowler 2.3’s and a set of ultra-light tubes, I was off to the trails. I chose the Prowler tires because I wanted to get a feel of the wheels with familiar rubber. From the start I could tell the new design didn’t mess with the characteristic smooth, solid feel of an Easton wheel. These wheels proved to be very fast rolling with quick acceleration and allowed military-GPS precise changes in direction. I found the Havens stiff enough to prevent unwanted flex without being overly harsh.

While riding and hitting rooted trails and rock gardens, I heard the wheels complain just once with a twinge from a single spoke settling in but that was about it. I cannot stress enough how light and responsive the Havens are. Climbing up a long ski slope these required very little energy compared to some other wheels I have tested in the recent past, making this a truly perfect wheel for those bikes in the 5 – 6 inch travel range. I dare say that you will probably see these popping up on some production mountain bikes soon enough.

Changing over to a set of Maxxis High Roller UST tires, I hit the same trails looking for any performance differences. This time around, mounting the tires was fairly easy using an air compressor at home. If you don’t have access to an air compressor, you can use a floor pump but I recommend using a lot of soapy water when attempting to place a set of UST tires on these rims. Once the tires were on I was off to the trails once again.

I did feel a few differences with the UST tires but mainly due to the tire’s characteristics rather than those of the rim. The slightly lighter setup gave me a little more gas on the climbs and the ability to run at 35psi rather than 40 psi without worry of pinching gave me a bit more traction.

Overall these wheels are easily in my top 5 favorite sets that I’ve ridden thus far. For the money I would have to say these are a steal so check them out and get yourself a pair. I really doubt you will be disappointed with the Easton Haven wheelset!

I would like to thank the folks at EASTON for providing the HAVEN wheels for review.

You get all of the fun stuff. You’re on the verge of convincing me to opt for these over CB Iodines. If I read the review again the CB option is out.
Thanks

Well if you do, you will not be unhappy thats for sure. These wheels are truly sexy, and work great!

Nope presently the Haven only works with QR15 and QR9…They have a 20mm through hub in the works.

Gotcha, my previous post I meant Haven, as I knew the Havoc had all three hub types. Once the Haven comes out with a 20TA hub, it will be tough to choose between Haven and Havoc!

I have run both, and I would have to say I am leaning towards the Haven..For one thing the UST rim and the lighter weight really help.. The hubs are basically just as tough, just the Haven are more bling.