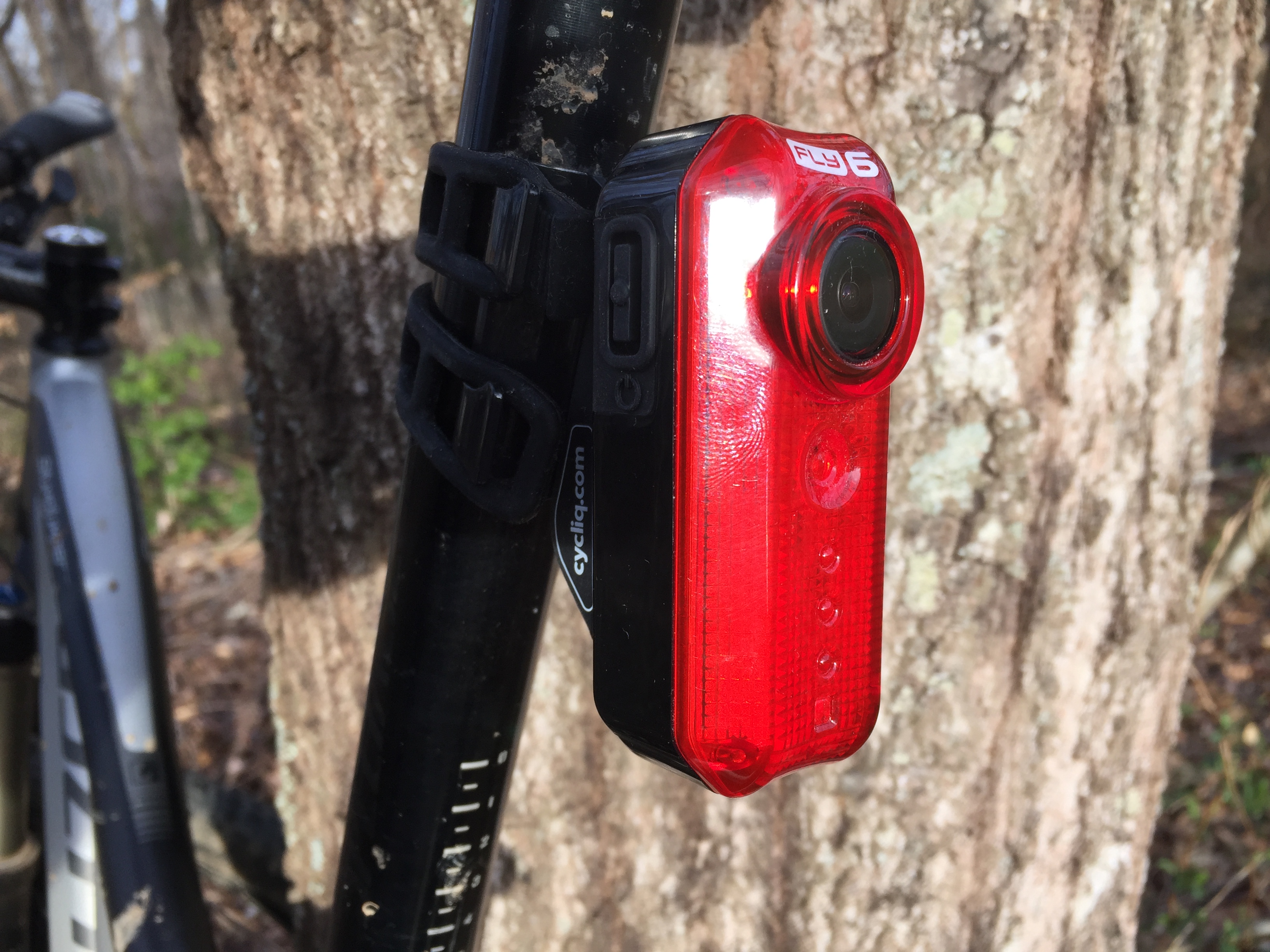 The Cycliq Fly 6 is a rear-facing HD camera built into a red blinkey light. It has a sibling, the Fly 12, which is an integrated white spotlight and HD camera. Cycliq markets the system mostly to road riders and commuters.

The idea is, if something happens to you during your ride, you’ll have video of it later. For instance, if you get hit by a car, you’d have video of that car to show the police. Or if you get mauled by a wombat, your family will have video to tease you about for a lifetime. The wombat will have only his memories.

I, your humble representative, pointed out to the friendly folks at Cycliq that I represent a mountainous bicycling organization, but they said that was okay, mountain bikers can use the Fly 6 too. Which is true. They absolutely can. But the feature set is definitely pointed more at your commute, as you’ll see. 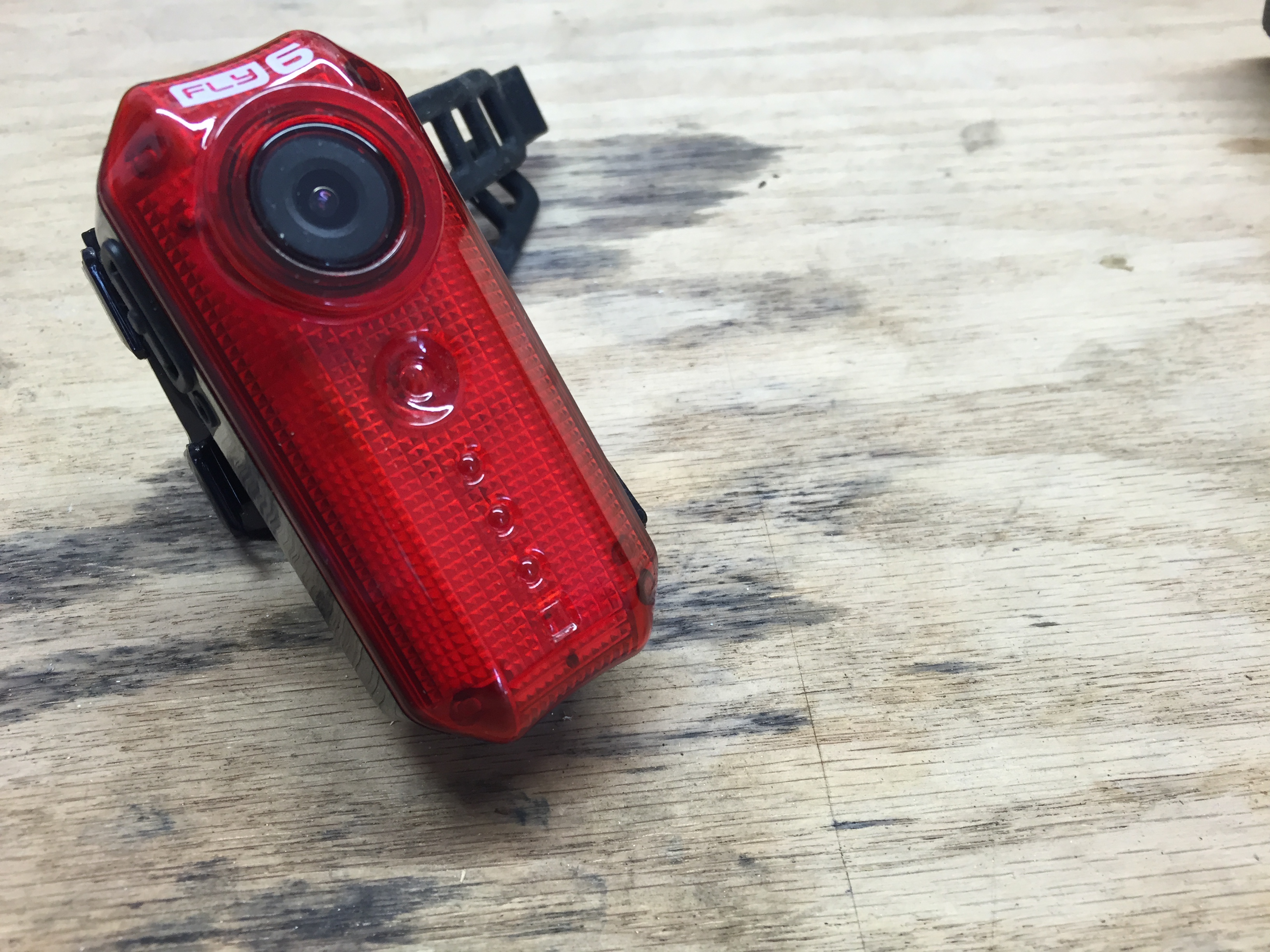 As a blinky light, the Fly6 works great, if a little bulky at 4oz. As a camera, it works pretty well too, if not the highest quality in the world at 720p. Where it shines is in the fuss-free regular operation.

As it shoots video, it breaks the files up into 10 minute chunks. It will overwrite the oldest file with a newer one if the included 8GB card gets full. This is so you can use it more or less exactly as you would a blinkey light, then only pull video off it if you want to look at the video you shot.

It also has an “Incident Protection Function,” which is a great idea for a commuter light, but maybe not the greatest for a recording-your-ride camera. I’ll let Cycliq explain that function: 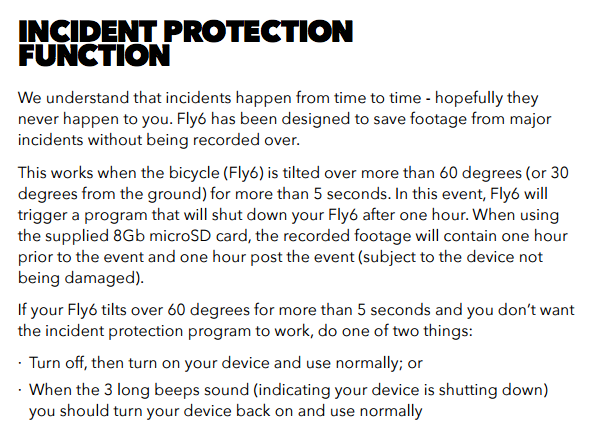 Now that is a great feature for someone who is worried about being viciously mauled by a wombat while riding. Maybe it’s not the greatest feature in the world for a mountain bike camera, though.

I put my bike down a lot during longer rides so I can do things like complain, eat a sandwich, or drink a beer if I remembered to bring one. That behavior, I’m afraid, confuses the poor Fly 6 into thinking some vicious road-raging wombat has run into me with his car. Not to worry, little blinkey camera, I am merely slow.

Using the Fly 6 is a breeze. Just plug it up via USB and — hey, presto! — there are the video files. I performed a firmware upgrade on the test model I have and that was an easy matter of saving a file to the Fly6 just like you would a thumb drive.

Here are the SD card slots, charging/USB port, and the blinkey mode switch: 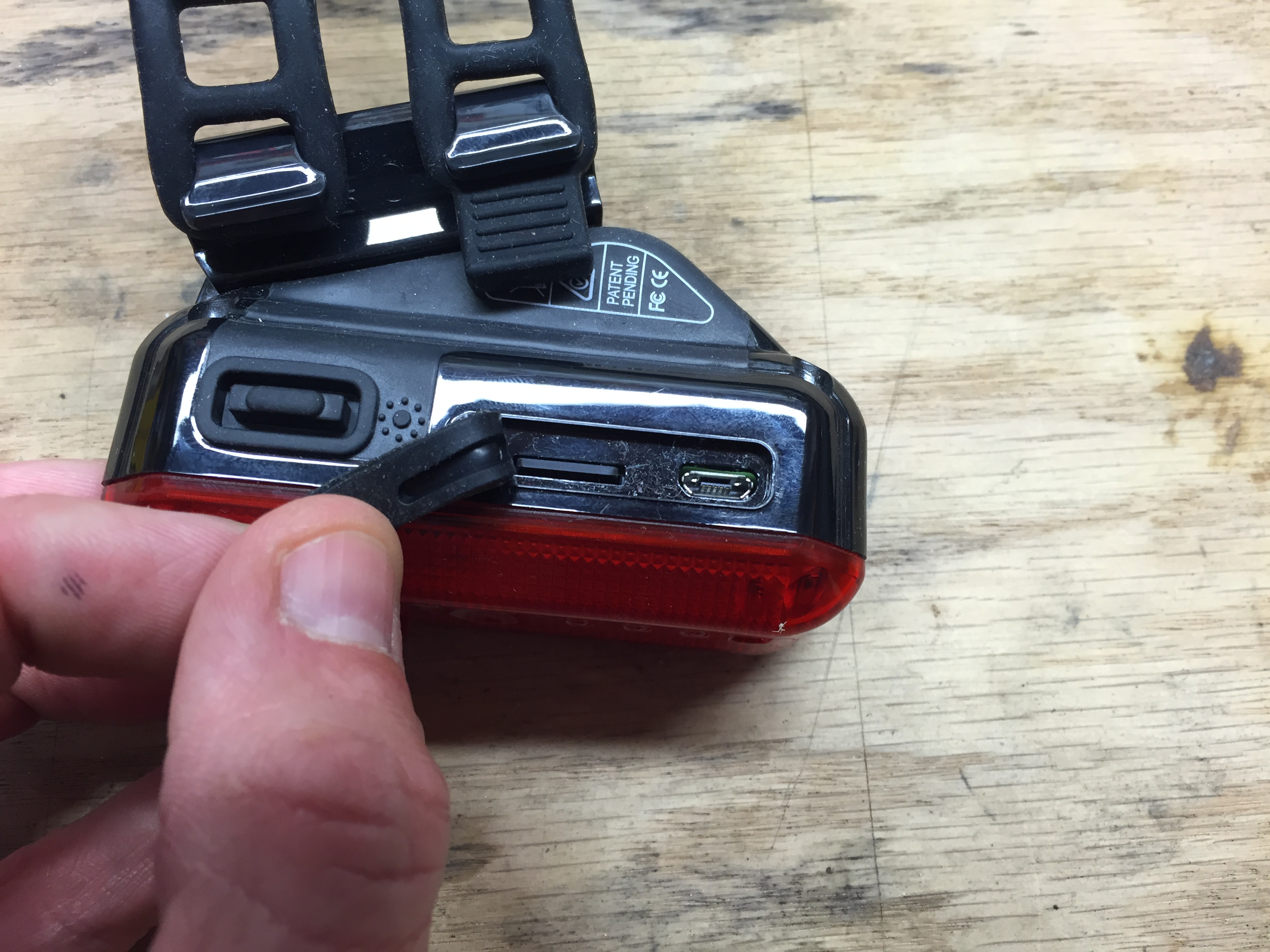 On the other side we have the power on/off: 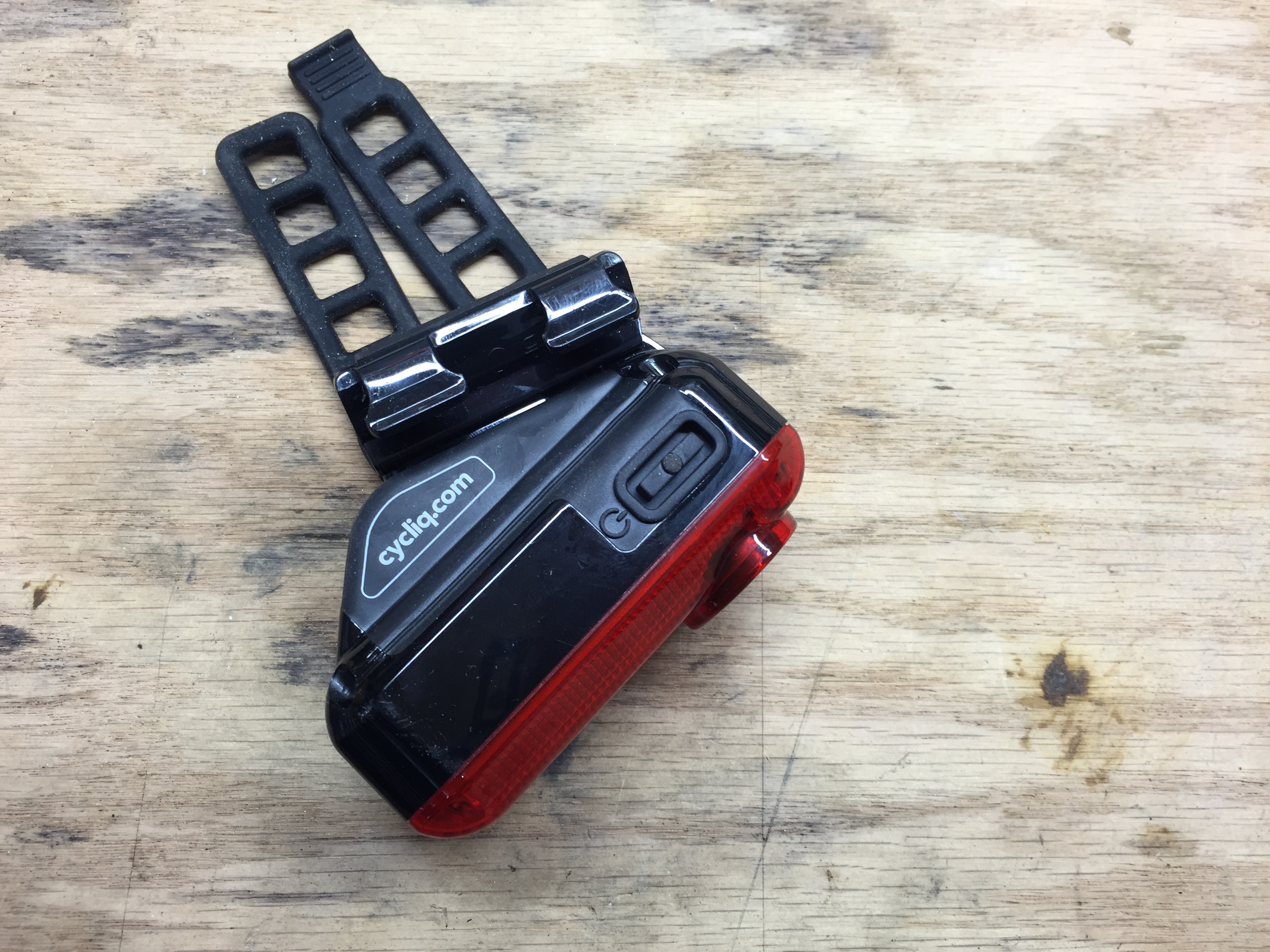 The mounting system couldn’t be simpler, and attaches the unit in such a way as to keep it from rattling around, even mounted to a wayward finger. 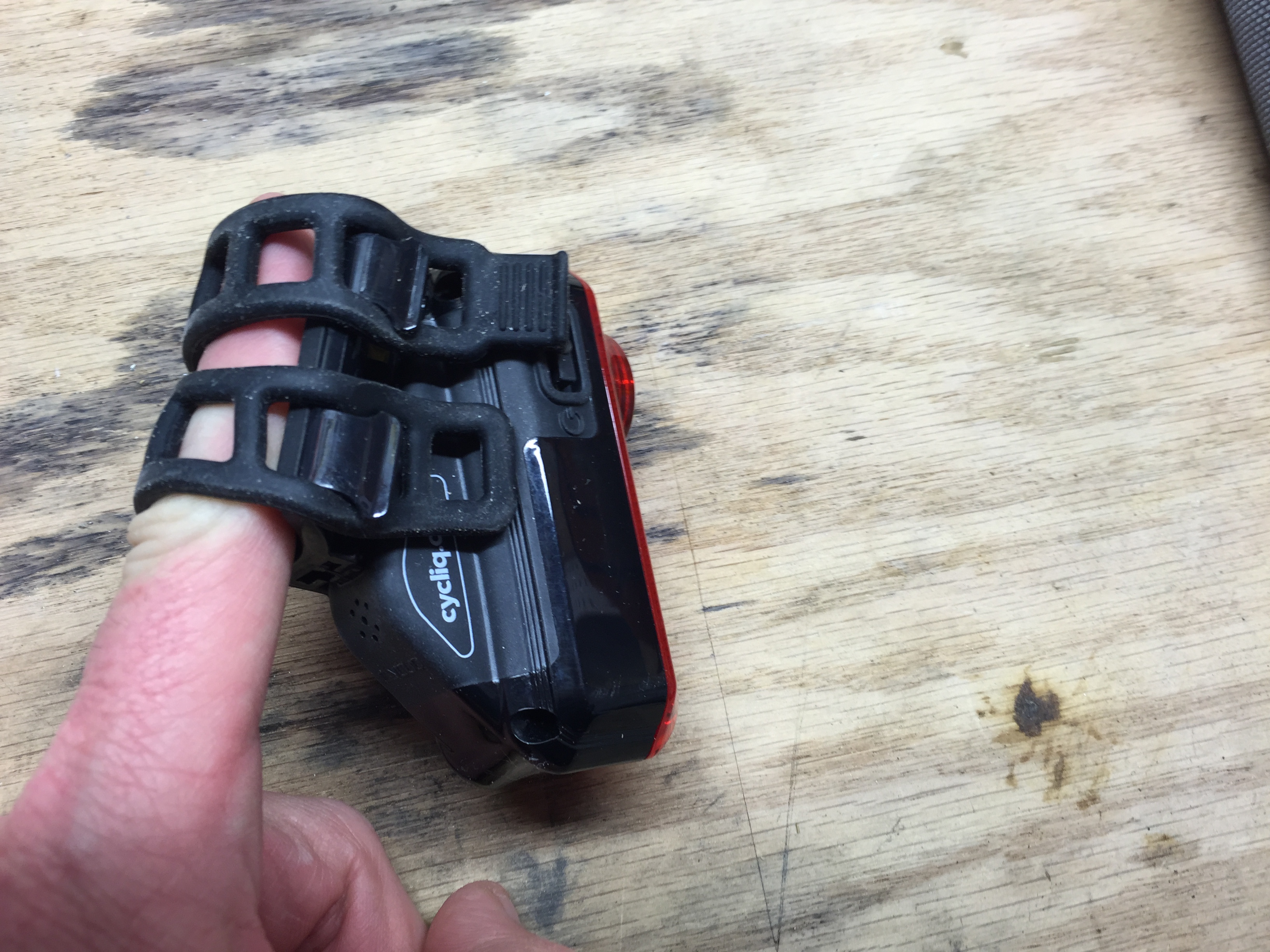 As for the video quality, well, it’s good enough that if you wanted to make out what happened behind you, you’d have a reasonably good idea. It’s nowhere near the sick MTB edit quality we’re seeing from modern action cameras, but it wasn’t designed to be.

Here’s a video of a very unskilled rider falling off his bike then inadvertently videoing his crotch area.

Granted, that’s a video that’s undergone YouTube magic, so it’s not exactly what comes off the camera, but I think it’s representative of the quality you can expect. You can see that the video comes timestamped in the lower right corner. You have to set the time/date once by editing a text file, then the Fly6 does it for you after that.

Here are some technical tidbits about the Fly6: 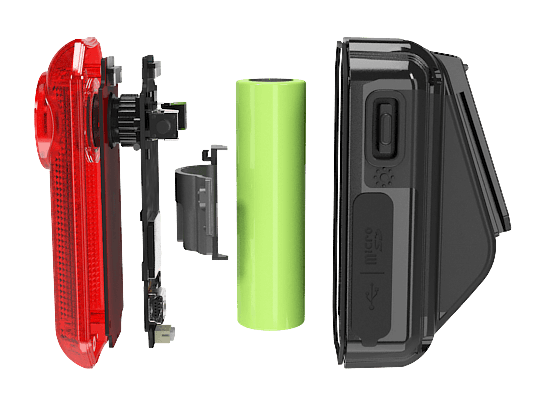 My conclusion is that if you’re looking for a relatively inexpensive camera that has lots of features to help video your commute, the Fly6 has a unique set of qualities and a great price point that make it an easy choice for that role. In fact, as far as I’m aware, it’s the only choice in that role.

As a video-your-ride action camera, I think there are better options for the money. But maybe you like the commuting features a lot and you don’t need two rear-facing cameras. Maybe you fear from-behind wombat attacks. In any case, I’m pleased I got to give the Fly6 a look. Thank you, Cycliq!

Thanks to Cycliq for providing the Fly6 for review.