You are probably asking the same thing I did initially. ‘What is this thing for’? Is it a road bike? Yes. Is it a gravel grinder? Yes. Can it ride single track? YES!

When my buddy Tyler first wheeled this bike out I was very confused.  It has slick tires and drop bars for road biking?  But they are ‘double wide’ for gravel?  But is has front suspension?  He told me to take it on some pavement, then on some gravel, and toss in some singletrack for good measure.  I was a bit skeptical at first but WOW was I impressed.

I headed out on the gravel roads first.  I was curious how I would like ‘double wide’ slicks vs. a standard cyclocross/gravel grinder tire and was very impressed.  I was able to get into the drops and cruise pretty well.  The gravel didn’t affect me at all and I was a happy camper.

Next I headed out onto some paved greenway trails and a few country roads.  The bike felt great.  I could feel the added resistance compared to my skinny-tired road bike but not much.  I am confident that you could cruise along with a road crew on this rig just fine. The gearing, drop bars, and geometry make this bike fast and responsive on the road.

Finally I got brave and took this wild thing out on the trails.  I entered cautiously expecting to wash out in every corner and look like a fool pedaling a road bike on some pretty awesome singletrack.  I figured I would be slow andwould probably get frustrated comparing this bike to how I feel riding my carbon hardtail race bike on these trails.

After about 1 mile my confidence grew and I opened ‘er up. This bike SHREDS the singletrack.  I did not wash out in one single turn in about 15 miles of singletrack (keep in mind this is hardpack with some roots and some light rocks).  I had my hands on the hoods and felt like a fighter pilot ripping through the woods.  I ended up running into a group of friends out on the trails and I rolled with them for 8 miles or so.  To my surprise I was able to ride just as fast as the others in the group on the true mountain bikes (if not faster than some!).

This bike put a HUGE smile on my face and I can’t wait to spend some more time on it. This bike is priced at $2850 which I think is very fair.  It is extremely versatile and you get a lot of bang for your buck with a setup like this. 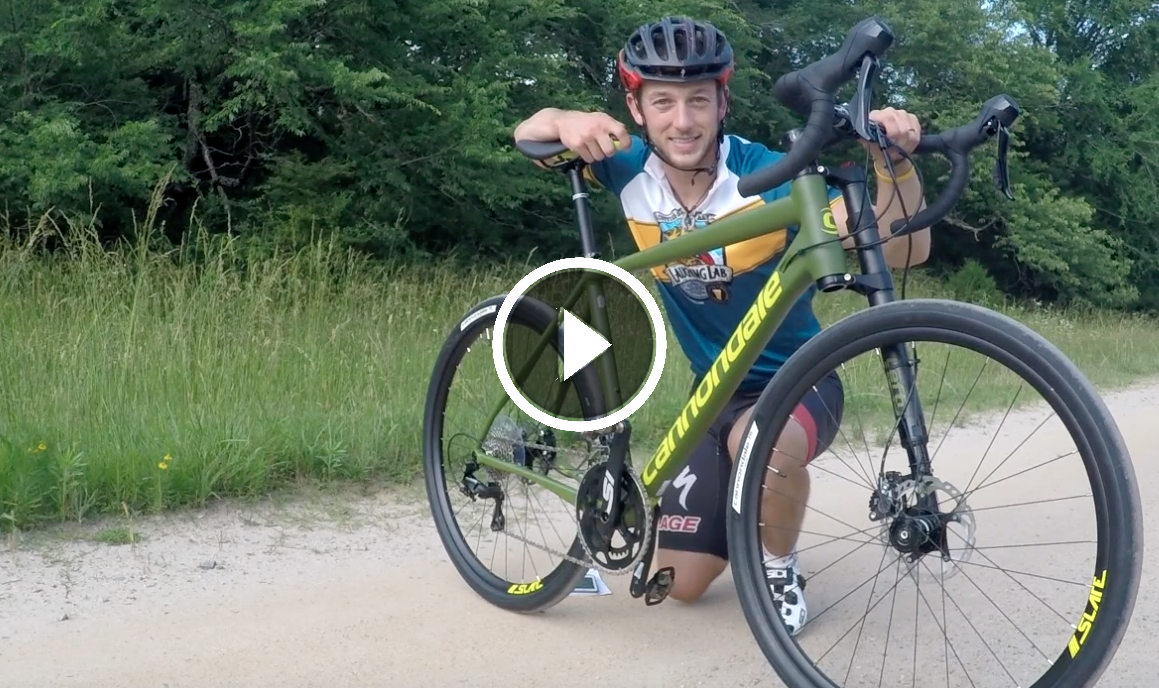