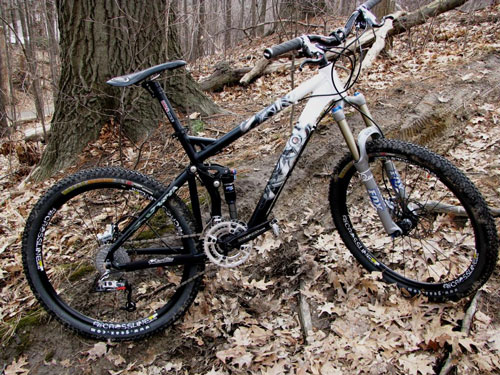 After much anticipation I finally received my new frame set for this year – the Opus Maadh Limited. It was love at first sight as I removed the frame from its packaging – truly stunning. The original graphics were created by Alec Stephani who took his inspiration from an earlier work of his on canvas. The attention to detail on this frame takes it to a level I haven’t seen before.

The Maadh frame at 6.8 pounds is made from hydroformed 7005-T6 aluminum with 150mm of VPP suspension. This machine also had improvements over last years models with new upper and lower 3D links as well as an improved suspension path that isolates the rider’s input to the bike’s suspension travel. These are but a few of the highlights that Opus has done to improve there Maadh from last year.

I built up my Opus Maadh Limited frame with a Fox RP23 in the rear and a Float 32 RLC 140mm up front, top shelf components in the cockpit, Raceface Deus seatpost, Selle Italia saddle, and Next bars for the steering. I also chose the Raceface Atlas crank and BB for power, Sram’s X-9 shifters and rear derailleur and a Shimano XT top pull front derailleur to finish off the shifting. I also splurged on Gore’s RideOn shifting cables for good measure. To stop this machine I opted to continue using Hayes Stroker Ace’s – I love the way these stop using 7″ rotor up front and 6″ on the rear. To keep this bike moving along smoothly I am rolling on Mavic’s Crossmax ST wheels, or depending on the ride, Mavic Crossline wheels. Finally, where the rubber meets the trail I’m rocking Specialized Eskar S-Works 2.3 tires or Geax Sagurao 2.3 tires. 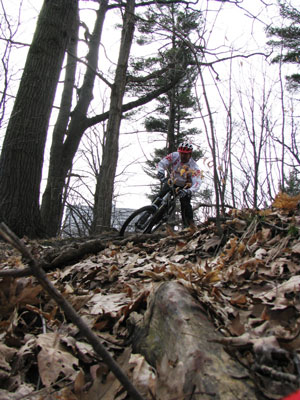 I initially set up the suspension with 25% sag in the rear, being careful not to run too much rebound. After a few rides I found for my riding style I kept the Propedal on and set at level 2. With this setup, hitting the trails with the Maadh I noticed that the bike steers and changes direction quickly. Going through twisty sections of rooted forest, the Maadh1 tracked well without wandering. At my weight of 200lbs wet I didn’t feel too much frame flex when seated, but I did note some off the saddle when climbing, which did annoy me a bit. Going down rock gardens was fun and predictable and the Maadh1 allowed me to change lines rather than plowing through them (I personally don’t recommend that).The good thing about long legged trail bikes is that you can use them for almost anything: they climb well, they can go over almost anything, and the best part is that you can do it all day long. 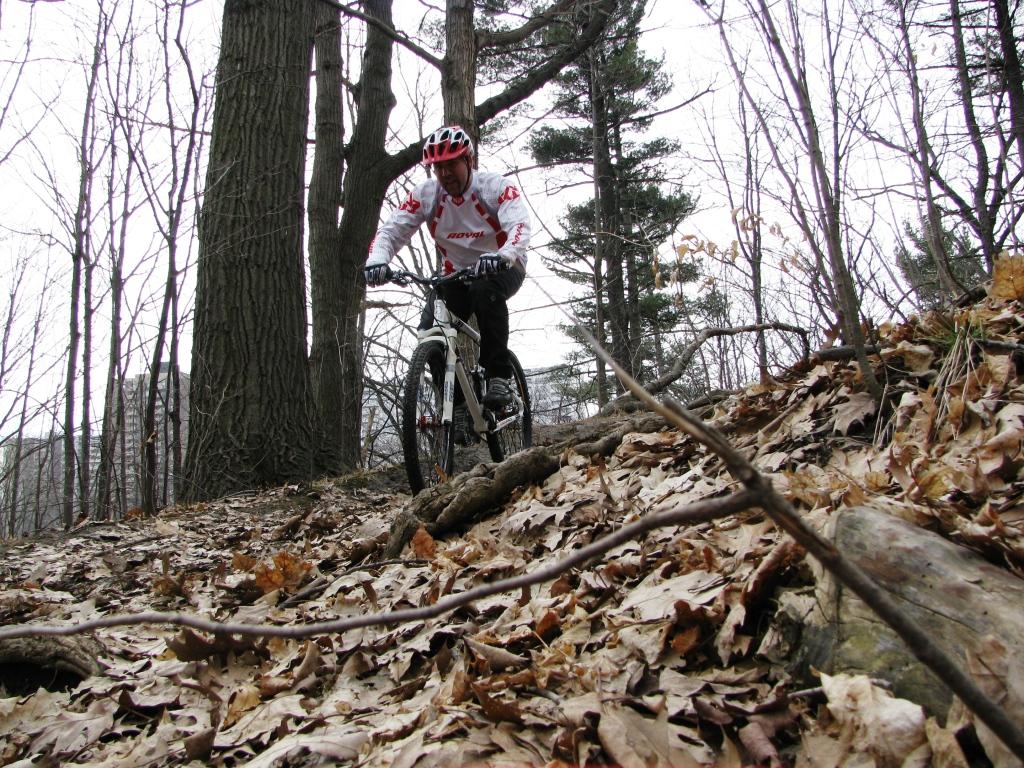 If you want a beefier set up, this frame will allow you to use 160mm front fork and a 20mm axle. As the bike stands with the Crossmax ST’s the bike weighs 27.1lb which is respectable for a long legged trail bike. Adding 20mm wheels like the Crossline and a 20mm fork like a PIKE, LYRIC, or Fox 36 will add about 3lb bringing the bike into the 30lb range, but will allow you to hit some steeper drops and bigger drops.

As you can tell I’m pretty stoked about my new rig – I can’t wait to keep you folks updated on this fine new ride through the spring and summer!