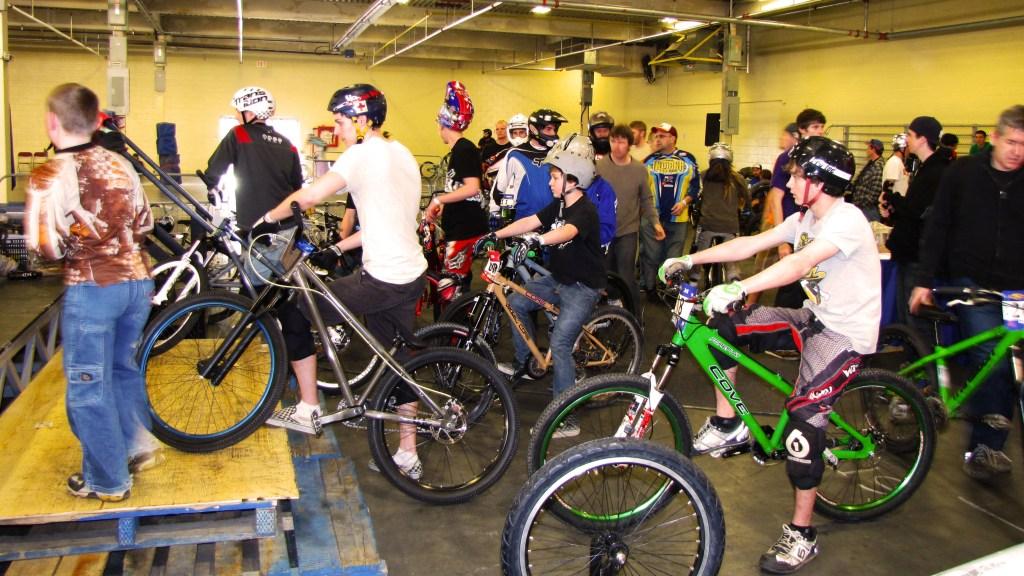 Hi folks, this past weekend Toronto held its 24th annual bike show, this time at the Better Living Centre. The weather was perfect and as a result the show was full of local and US attendees. This year also marks the first 24 hour spin marathon complete with a live band and heart-pumping music. All the stationary bikes were filled with riders of all athletic abilities and I have to say the whole thing was a massive hit. 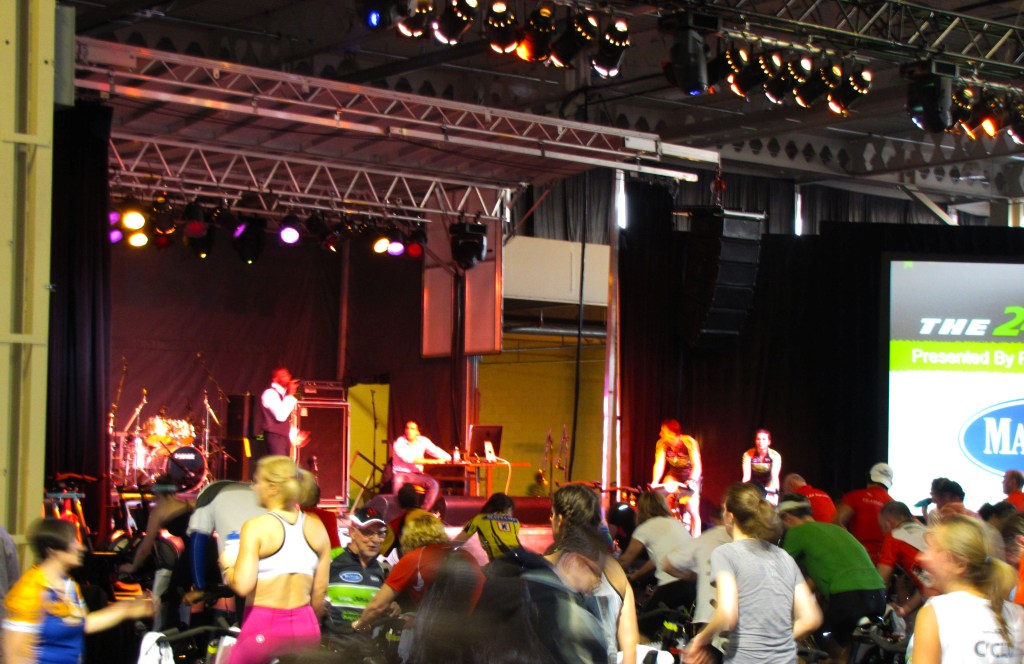 I was impressed with the show this year compared to a few of the previous Toronto bike shows. For one thing the show seemed better organized with crowd-pleasing demonstrations and exciting races to watch. By the sounds of the cheers and ooohs and ahhhs, many people were really enjoying the 4X racing that was going on. Along with that there was a massive crowd around the trials area where riders were showing off their 40 inch+ vertical step up jumps. It never ceases to amaze me how much balance those guys have on the bike. Think about it: jumping from a rolling start onto a chain and riding along it. I bet very few can say they do that all day long.

I managed to hook up with a few folks from the industry at the show including Jon Wells from Hayes who was there with his BMX team. Jon came to Hayes after an eventful carrier in Pro BMX and now shreds up the trails whenever he can. It was fun to see the enthusiasm he had as he was talking about the new Circus DJ fork from Manitou and the new Answer bars and stems (which, by the way, I will be reviewing in the next little while.)

I also had a chance to meet up with Mark Summers (one of the owners of Joyride 150) and he was excited to talk about how well the indoor bike park is doing. He mentioned the great interest south of the border and the deal they recently struck with Hilton suites and Howard Johnson’s close by. Mark also filled me in on the constantly changing features that have been popping up at Joyride (many of which I am super stoked to give shot.) The new expert skinny area at Joyride is high in skill but low in consequences which makes it great for practicing your skills without worrying that you’re gonna snap an ankle or shatter your clavicle. 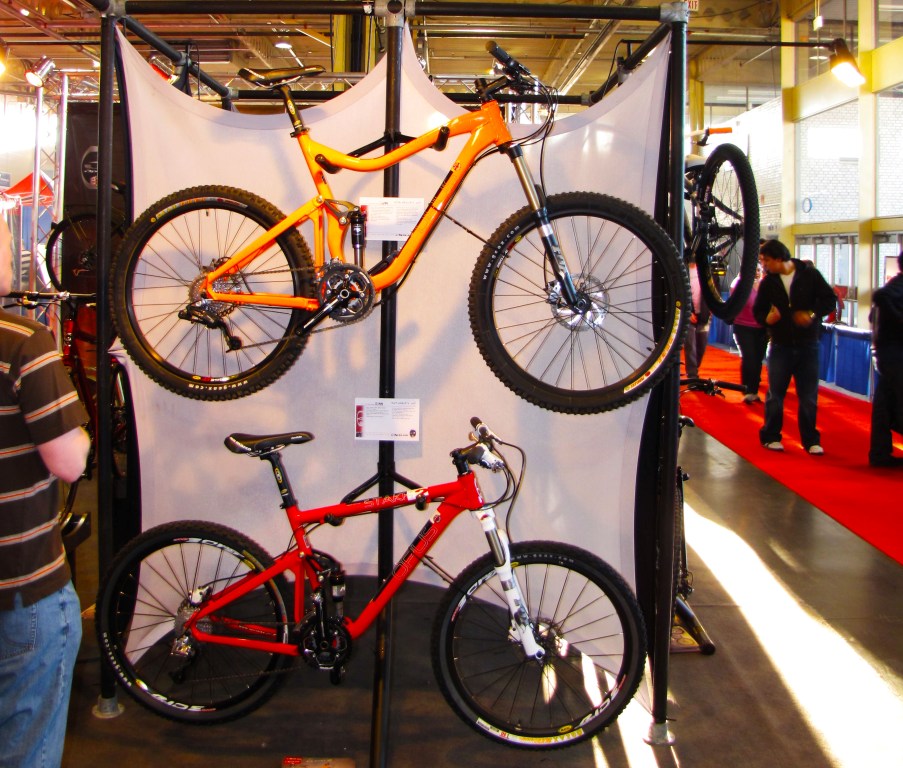 I also checked in with my good friends at Opus and spoke with Sylvain Bosse (Marketing Coordinator) while checking out the new rides for next year (I like to stick with one company for my test bikes). Although they didn’t have it on display, Opus is working on a DH bike for next year that hopefully I’ll have a chance to saddle up soon. Sylvain mentioned some key features on the bike such as the massive pivots (about 40mm) which will make sure that there is very little flex in the rear. The bike also features hydro-formed tubing with a VPP set-up which sounds very interesting. Now if I only had a photo… 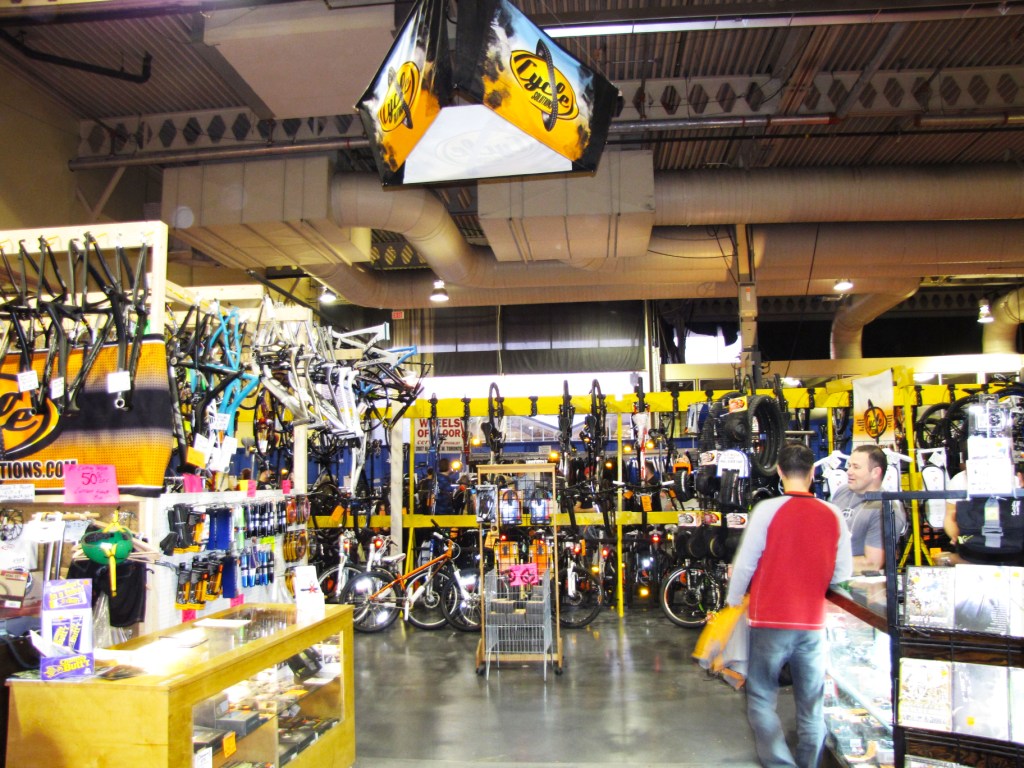 The show also featured a large marketplace where you could pick up parts or even complete bikes for a great deal. Speaking with some of the retailers, they were also pleased with the show. It seems people are a bit more free with their disposable income this year and are more willing to spend some of it. After watching all the new bikes heading out the doors I quickly lost count!

Below are a few photos of the rest of the show. 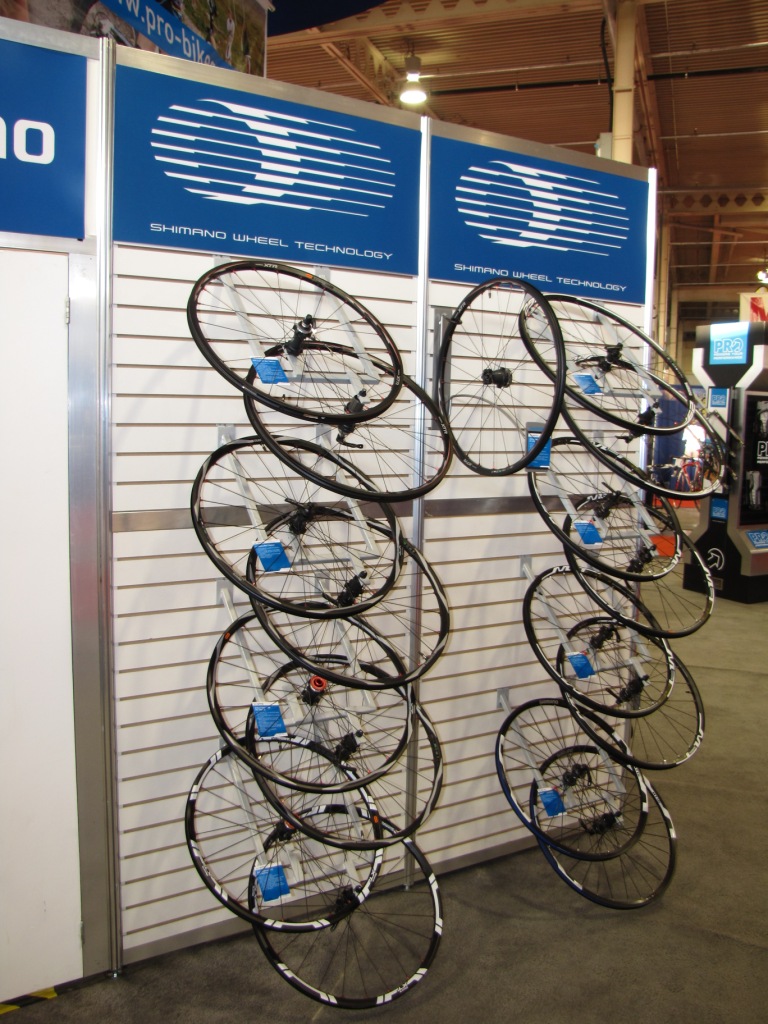 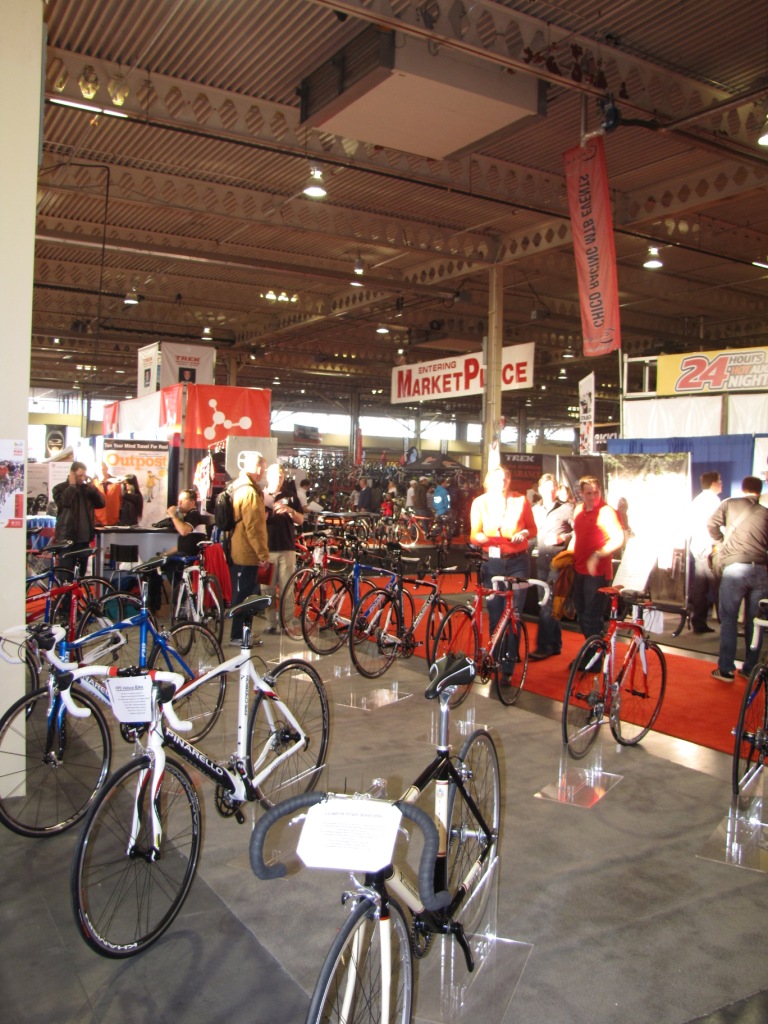 I was in a total haze when I saw all these forks! Picture an entire wall of every fork you can think of. Imagine the possibilities.

Well it was a great weekend in Toronto. If you’re around next year, stop by and check out the show, and while your here stay a while and enjoy the city. The venue is right in the middle of town so you can also catch a show or if you’re up for a small drive you can also hit Joyride 150.

Trails
An Intro to Bikerafting: How it Works, and How to...
Culture
Singletracks Best Reads: June 2022
Gear
The We Are One Arrival Is a Mid-Travel Bike With...
Gear
An Inverted Dropper from Enve, Revel DJ Bike, and Improved...
Subscribe
Login
Please login to comment
0 Comments
Inline Feedbacks
View all comments
Tags: Community | 4X, Bike, DJ, Joyride 150, opus, retail, Show, Toronto
First published March 8, 2010 @ 8:54:31