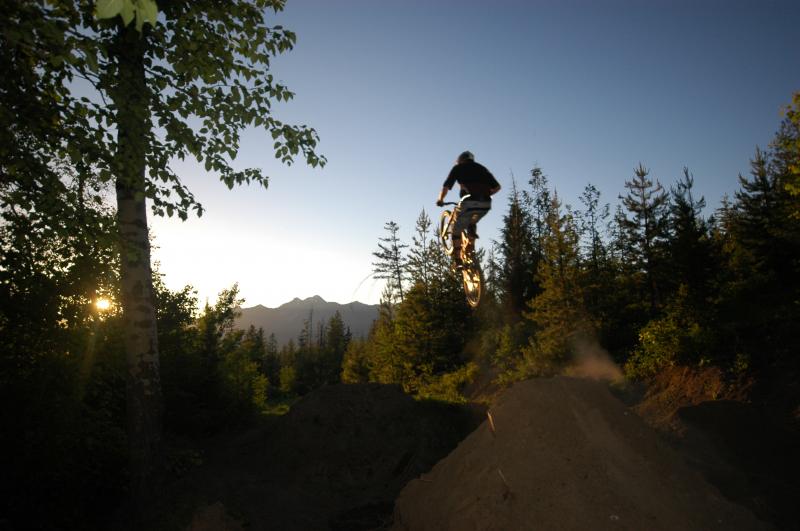 Ok, so I’m not a freerider – not even close. My riding style is probably best described as cross-country or off-road touring – you know, somewhere below wanna-be freerider and freeride poseur. But I’ve been thinking about freeriding alot lately and I’ve decided that freeriding is pretty much the future of mountain biking. Here’s why.

First of all, freeriding is fun to watch. Sure, it’s also fun to watch a blur of riders race around a cross-country mountain bike course but, like many endurance sports, cross-country mountain biking isn’t very spectator friendly. Freeriding, on the other hand, is full of death-defying moves on artfully crafted trails and stunts. Even non-mountain bikers drool over freeride videos posted on YouTube while the best selling mountain bike DVDs are almost entirely freeride-focused. Freeriding is just the inspiration many need to start mountain biking and today’s new riders are more likely to admire the guys from the Collective Films than Gary Fisher or Joe Breeze. 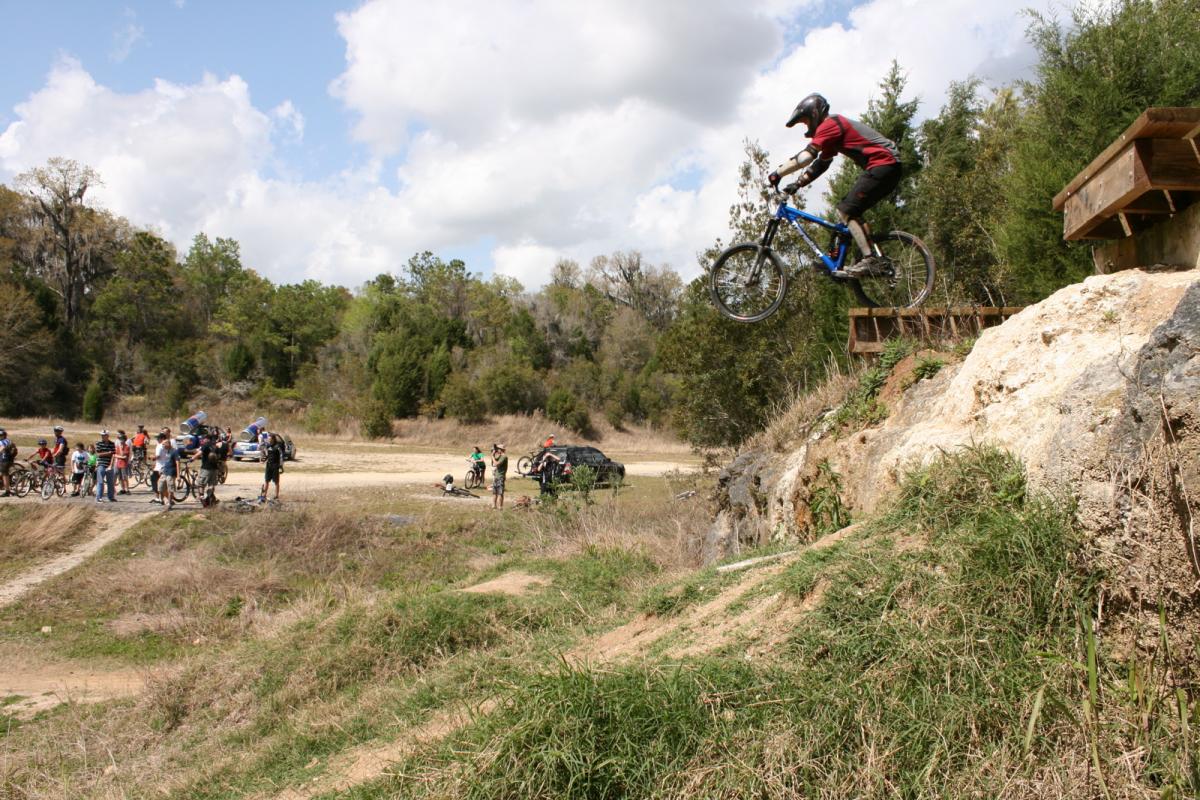 Freeriding is also accessible. With the US and Canada seeing increasing urbanization (and suburbanization) it’s becoming more and more difficult to site and build large scale mountain bike trail networks. Freeride courses, on the other hand, can be much more compact since stunts can be combined in different ways each time around the course. Freeride stunts can even be found indoors at places like Rays Indoor MTB Park and kids who live in cities can use urban or trials rides to hone freeriding skills.

Unlike cross-country mountain biking, freeriding also makes for a more social mountain biking experience. Instead of falling into a heads-down paceline on the local MTB trail, freeriders are a bit like snowboarders as riders watch each other attempt stunts and offer encouragement (or derision if merited 🙂 ). Of course other mountain bikers socialize but it’s usually before or after the ride. Freeriders get to socialize during the ride.

Finally, freeriding just might be the future of mountain biking because it can be a little dangerous and that makes it cool. The stunts and jumps themselves are dangerous but there’s also a sense of anti-establishment running through freeride culture, much like in the sport of skateboarding. In a time when IMBA an others preach sustainable trails and professional stunt construction, freeriding is attractive because it’s so free. Riders are free to ride where they want, however they want, whenever they want – like in the early days of mountain biking. Just think: the opposites of free riding would be called “restrained riding” or “expensive riding” – and neither of those sound like any fun 🙂

Yep, I may not be a freerider yet but I’m definitely starting to get the fever. The great thing about freeriding is that it’s all about skills progression and anyone can get started no matter what type of bike you ride. Check out the freeride forums here on singletracks or browse freeride bikes and photos here to get educated!

Trails
Have You Ever Encountered an Intentional Trail Trap?
Gear
Clipless Cleat Experiments: The Fore and Aft of It
Community
Outerbike Has Returned, and So Have Some Demo Bikes
Community
Max Commencal Talks Women's Race Teams, Alloy, and Money
Subscribe
Login
Please login to comment
2 Comments
Most Voted
Newest Oldest
Inline Feedbacks
View all comments

Thank you for this posting it was well written and hits it right on. I am a freerider by heart and soul, done some semi-pro DH racing for a spell, and back in the day when I was racing BMX (Bicycle Motocross) for Diamondback and Redline among just having fun and getting my groove on. Today my 10 year old son is becoming a Sam Hill in the smaller stature of course, and is improving by leaps and bounds in his freeriding game. A proud father I am! I know that he may never be as good as some of the top names in the freeriding stage, but he will be greater as time passes. This article posted here on Singletracks blog hits a spot deep in my heart, where I am always that fearless freerider. As I get older and old injuries are reoccurring, my time freeriding will slow down and one day come to an end, but my passion for it will never die, especially when I know it faithfully grows in my son. I will end this by saying this…….”Life is a journey, we only live & travel it once, so lets have fun while we are living it. So, go live the ride and get some!”

I am a freerider and New England singletrack slayer. I hope that my 3 children will carry the torch when they get old enough. I will take them on my pilgrimages to Bromont, Mt. Ste. Anne, Kingdom Trails, and Diablo. Freeride is the only way I ride. I will hike-a-bike before I relish the grueling climbs. Because the gnar descents are where I am at peace in the universe and uphills are a necessary evil. I can respect any and all XC riders that are more a kin to mountain goats than normal human beings. Blessed be Big Mountain riding, because that is hopefully where people will realize the sport needs to be in order to gain the recognition and mainstream apeal to further progress the sport and lifestyle.